At the crossroads between aesthetics and technicality, the new Maestro showcases an original take on the horological creativity of Christophe Claret. Its glass dome provides a striking view of the movement architecture and the famous Charles X bridges. MAESTRO features a seven-day power reserve, a cone-shaped large date display and a 3D MEMO function. 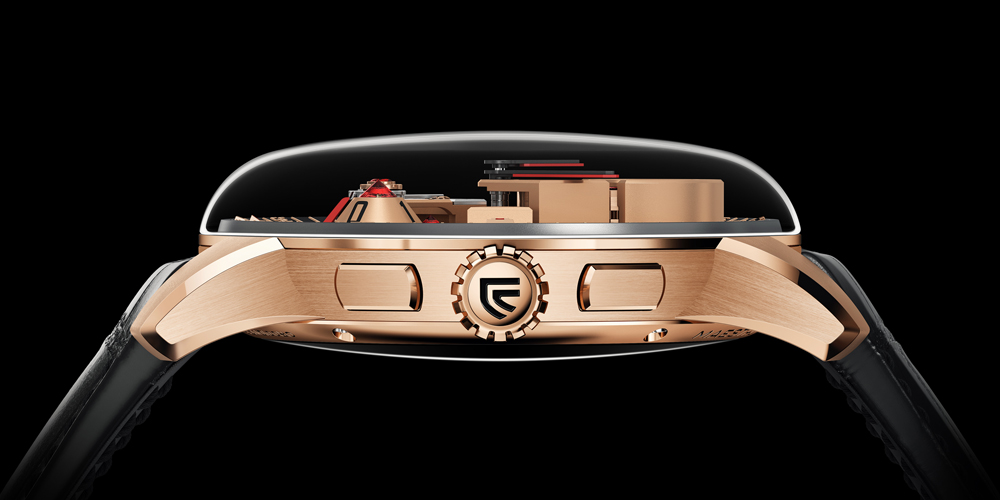 The 42mm case – the smallest diameter in the Christophe Claret collections – in grade 5 titanium or 5N pink gold asserts its style with a curvex shape that accentuates its trim design.

The Charles X style stepped and skeletonized bridges that have become a signature of the Maison through its various collections. The three mechanical elements composing the watch’s beating heart – the balance-wheel with countersunk screws, the cylindrical balance-spring and the Swiss lever escapement – have all been entirely developed and produced in-house.

Claret placed the large date at 5 o’clock, composed of two cone-shaped aluminum disks, one for the tens on the upper part and the second for the units, this patented large date display performs a semi-instantaneous jump between midnight and twenty past midnight. 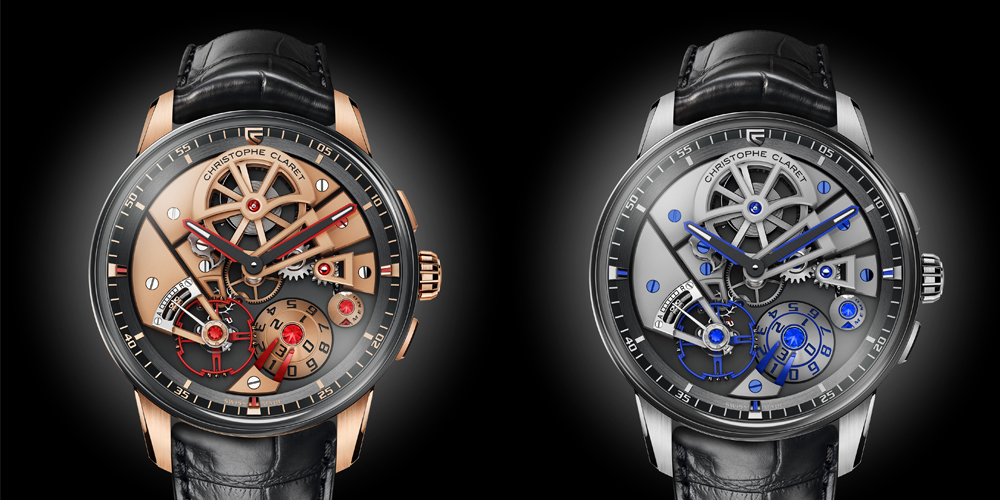 Christophe Claret unveils here another brand-new function, another cone shape – also topped with a sapphire or ruby – draws the gaze to the space between 3 and 4 o’clock. Is it called MEMO and is an ingenious mechanical reminder intended for absent-minded individuals as well as fans of technical gadgets. Whether it’s a cue to pay a daily compliment to a loved one, to meditate for ten minutes a day, to take a half-hour walk, to write a love note every day to his sweetheart… Whatever daily objective the owner of the Maestro has set himself, the MEMO adorned with a sapphire or ruby and a diamond – depending on the version – is there to remind him of his commitment. Once the objective has been met, a simple press on the pusher pivots the MEMO function, which will return to its initial position each night in a twenty-minute process driven by a semi-instantaneous jump system.

Maestro is available in 5N pink gold or grade 5 titanium and both versions are issued in 88-piece limited editions priced at CHF 68’000. 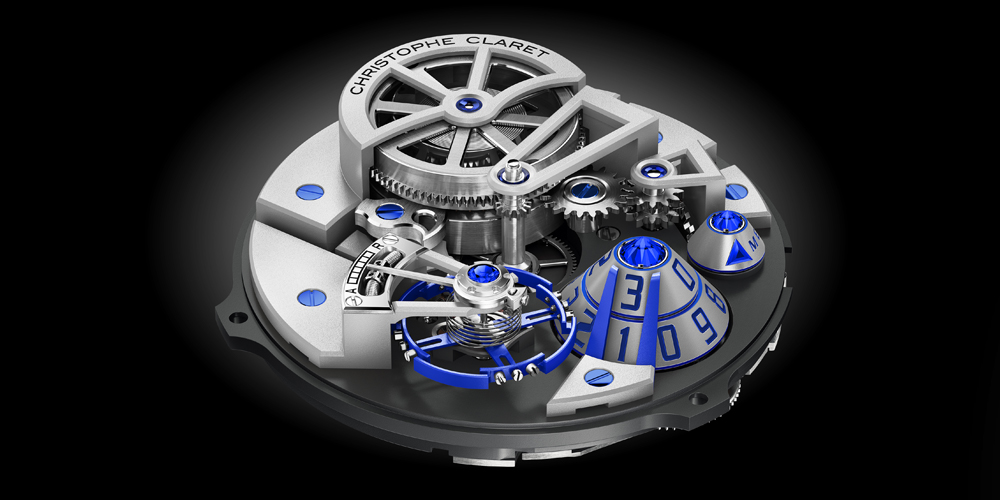