MB&F plunges into the water and presents the Horological Machine N°7, aka HM7 Aquapod.

The organic jellyfish-inspired design of HM7 Aquapod is counter-balanced by the very mechanical horology within: a central flying tourbillon tops the concentric vertical movement architecture, with indications radiating out from the centre like ripples in a pond. 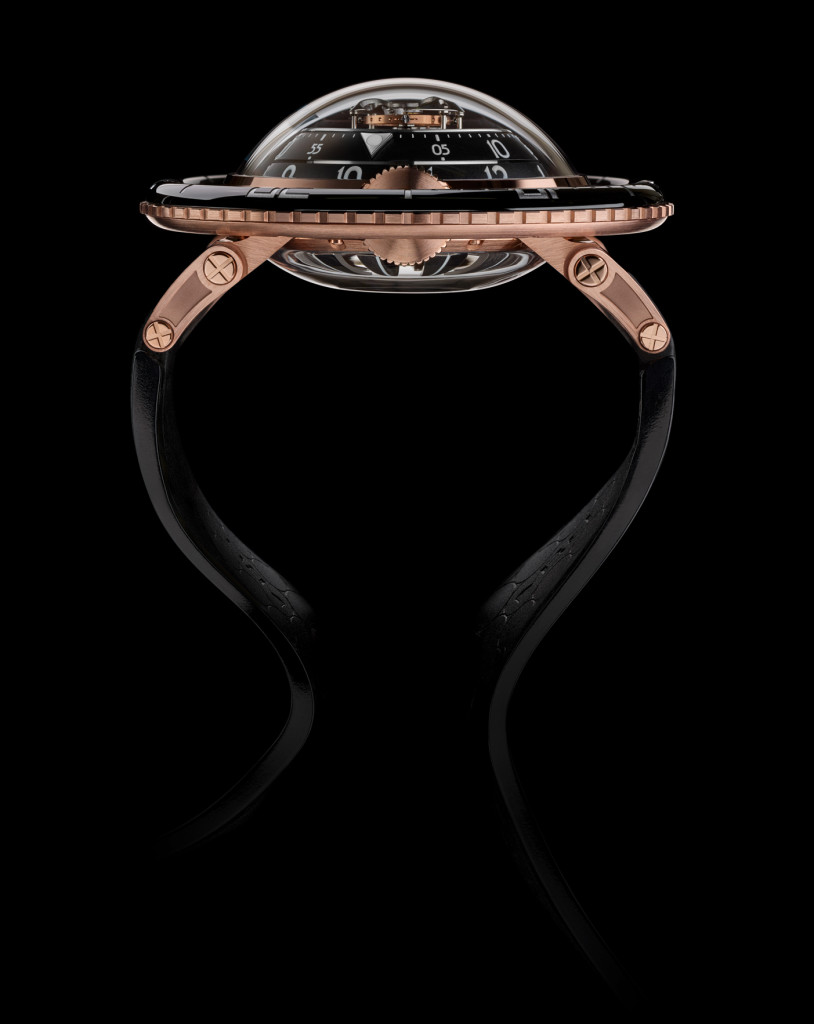 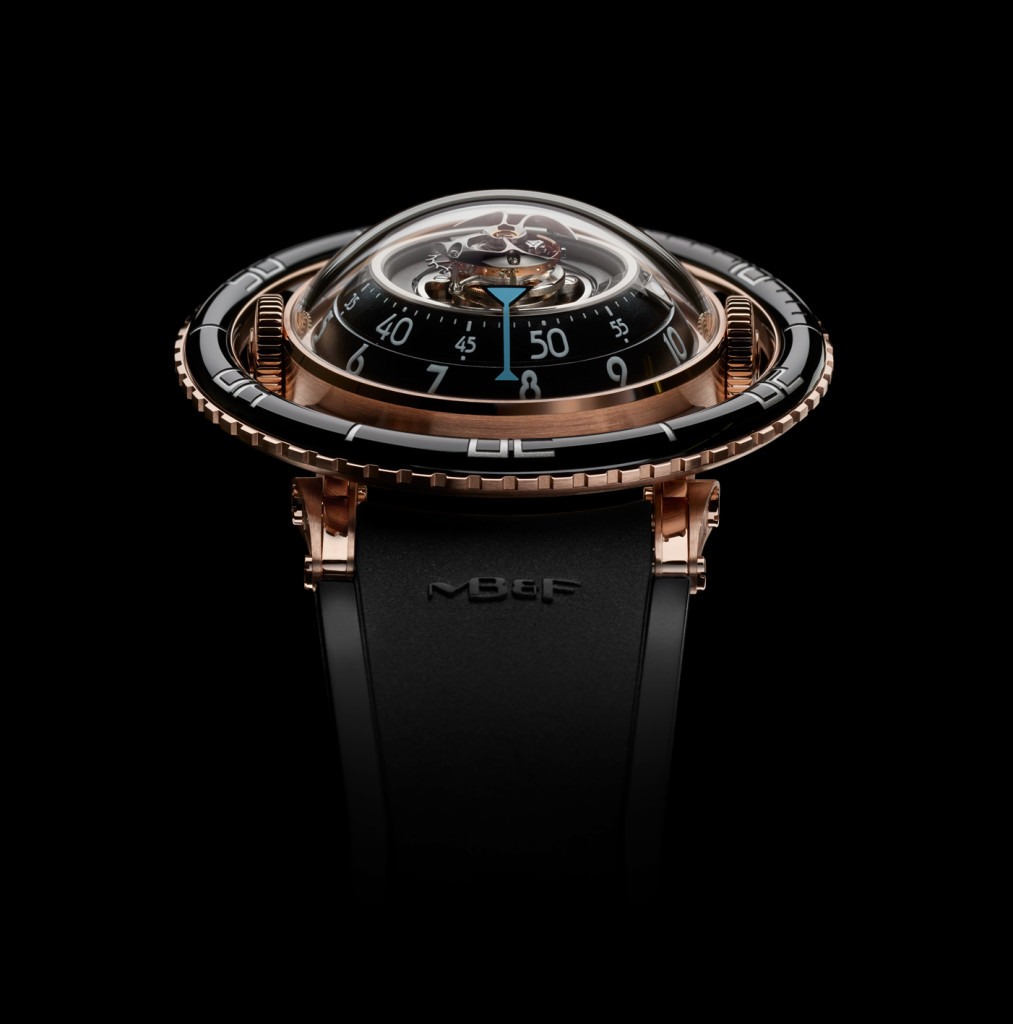 The winding rotor’s tentacles are crafted from a solid block of titanium; their very three-dimensional nature makes machining and finishing extremely challenging. Underneath the tentacles, a platinum mass ensures powerful and efficient winding. 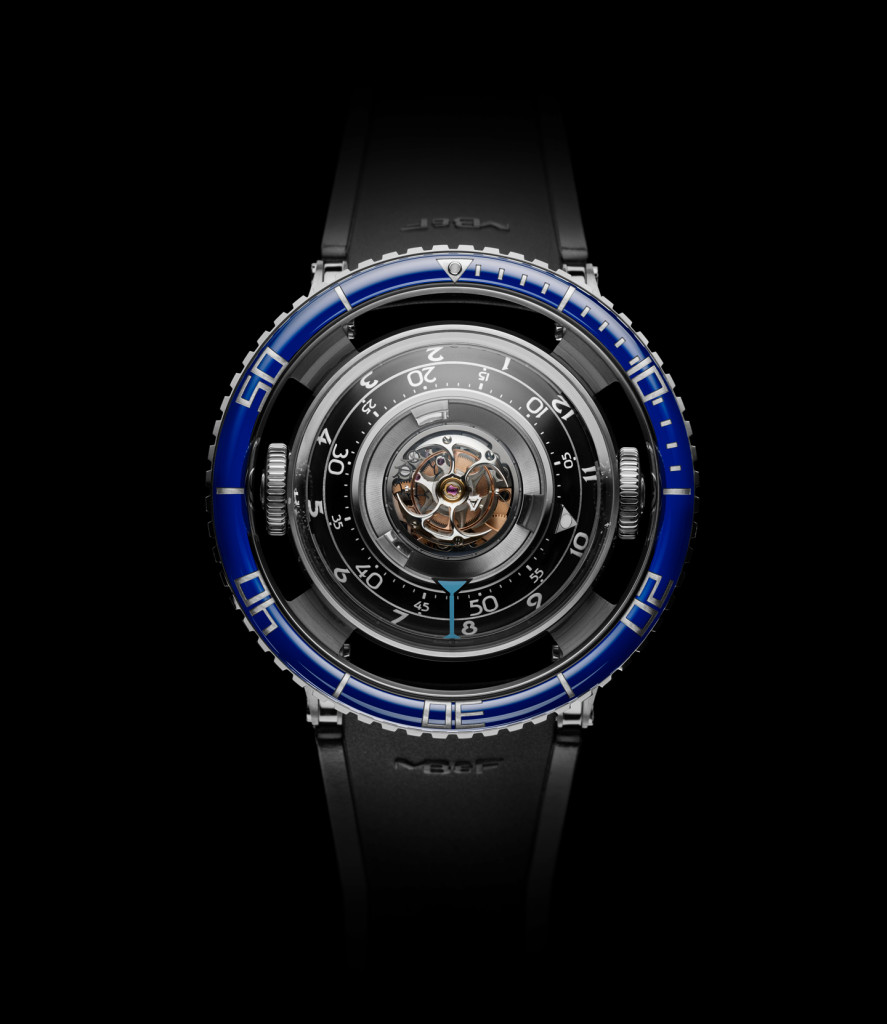 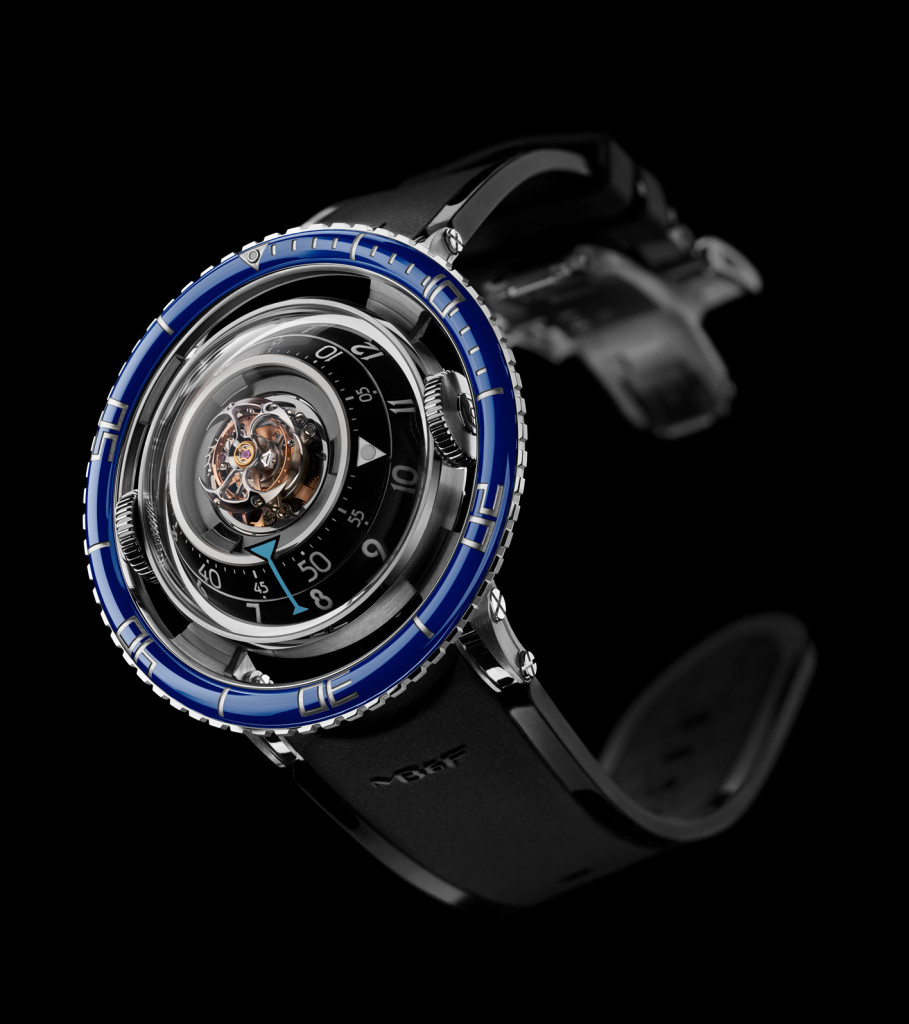 And then there’s that ceramic bezel. While Horological Machine N°7 is not a dive watch, it is a timepiece comfortably at home in the water – so MB&F added the one element that all serious aquatic watches possess: a unidirectional rotating bezel. However, unlike every other dive watch on the planet, Aquapod’s bezel isn’t attached to the case, but floats apart like a life buoy.

The 303-component, 72-hour power reserve HM7 Engine was developed in-house by MB&F. Spherically three-dimensional, all its mechanisms – from the winding rotor at the bottom, past the mainspring barrel and hour and minute displays, to the flying tourbillon on top – rotate concentrically around the centre. The curves of the high-domed sapphire crystal are mirrored in the shape of the time display rings, which are not simply at and angled, but are mathematically precise, curved spherical segments.

And, like many jellyfish, HM7 glows in the dark. It glows where you would expect it to – on the hour and minute numerals – but also around the inside of the movement, to light up that flying tourbillon at night… and in addition, along the tentacle-like winding rotor so that its operation, too, can be appreciated in the dark. 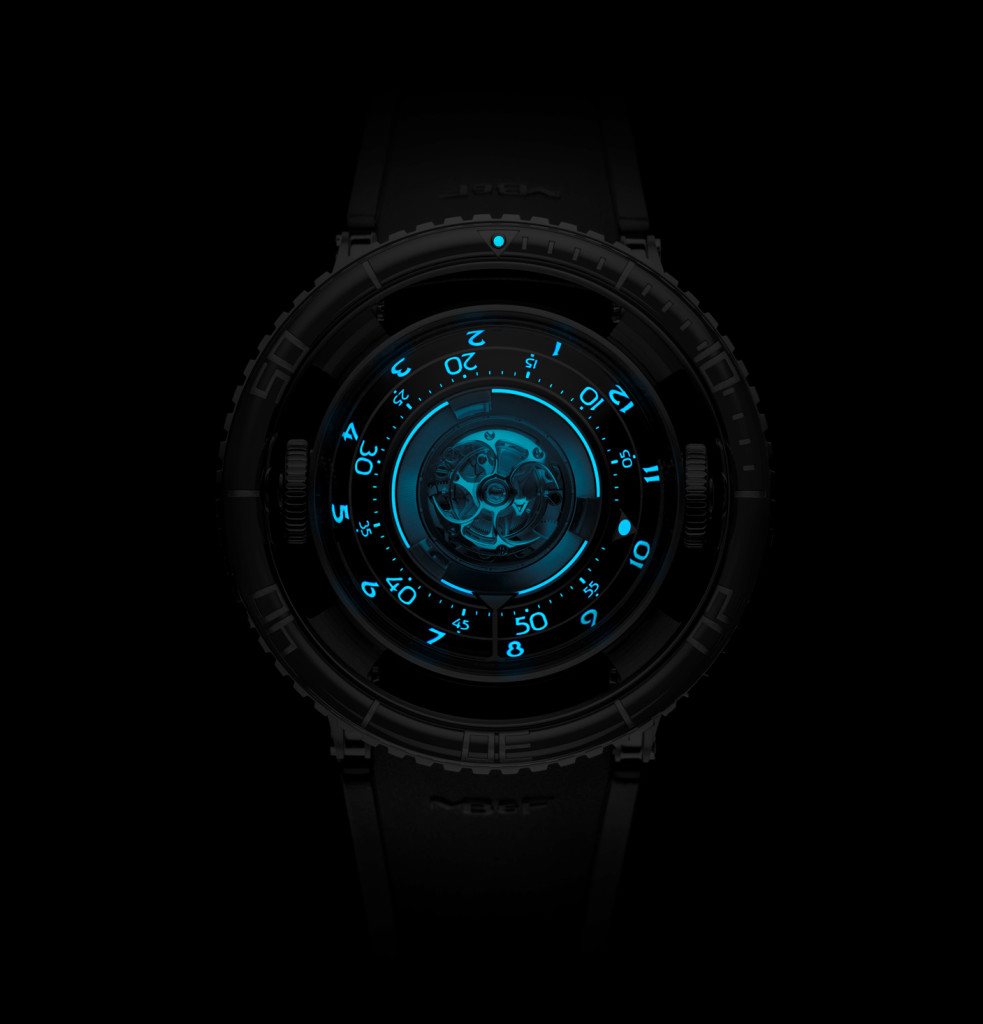 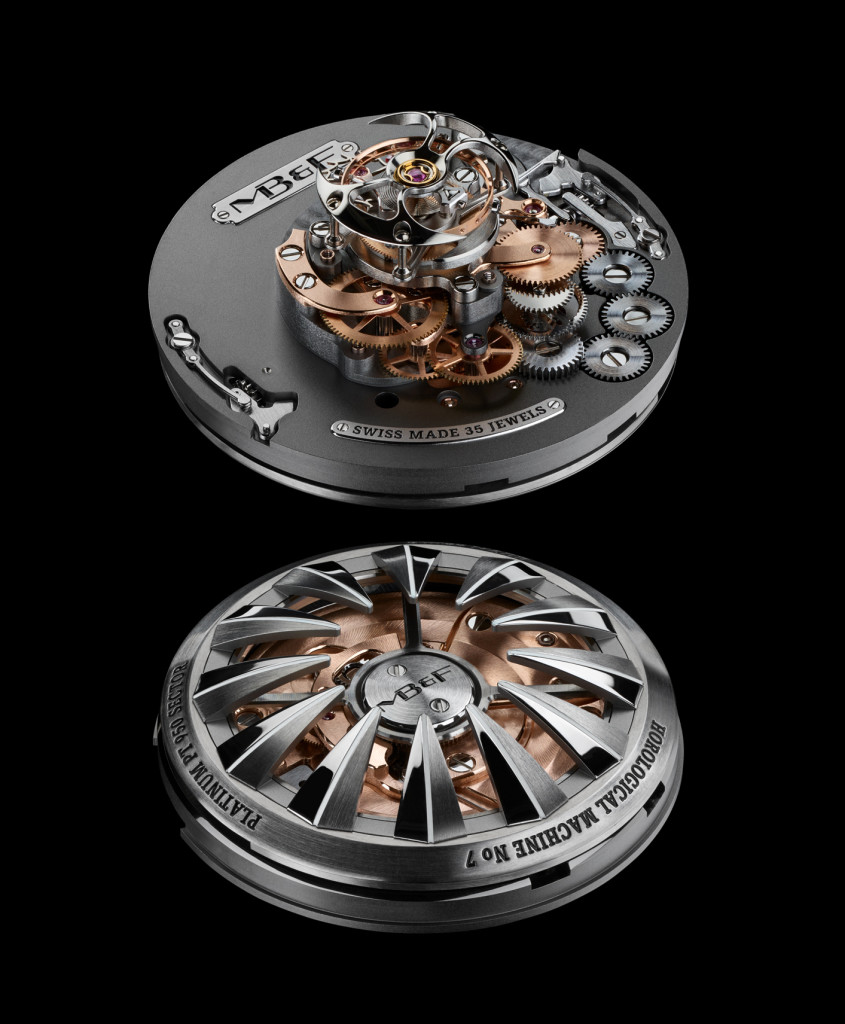