URWERK, the independent watchmakers renowned for their watchmaking virtuosity and extra-terrestrial designs, have again transformed our concept of the wristwatch with their new UR-T8. 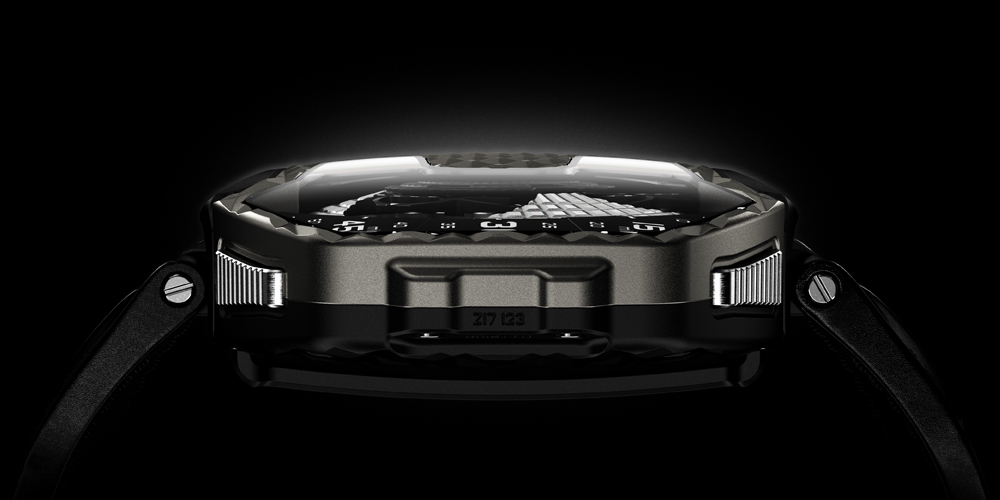 The UR-T8, which marks the 20th anniversary of the brand, is URWERK’s first transformable watch. A series of precise actions unlocks the case from its cradle, flips it over and returns it with a satisfying click to protect the time beneath a titanium shield.

It then becomes a mystery object on your wrist. From its shape and its intriguing, highly textured pattern, it is impossible to guess that it is, or even could be, a wristwatch.

Squeeze again the two buttons on the side of the case to release it, lift it vertically, rotate it 180° about its axis and click it back into its cradle to return to the present time. 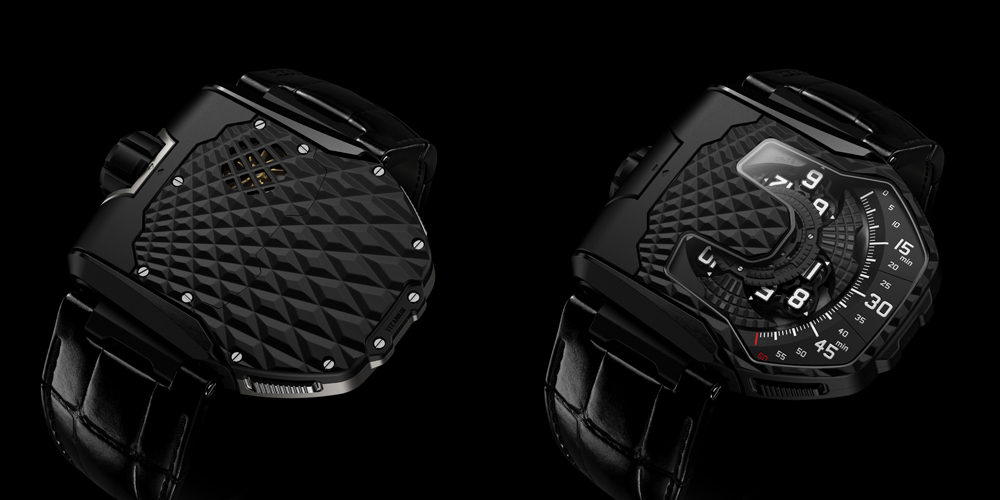 There you discover a new version of URWERK’s trademark wandering-hour indication — the most intuitive way of telling the time. The 12 hours in groups of four on a three-armed carousel successively sweep across the scale of 60 minutes to show the time both digitally and analogically. It is the biggest and most elaborate carousel configuration yet applied by URWERK, with each arm supporting a satellite carousel bearing the four hour numerals. As each hour numeral on a disc transits the 120° arc, it counter-rotates to keep it horizontal, a small but significant detail that requires complex planetary gearing.

Another technical feature unique to URWERK is the pneumatic control of the selfwinding system. A spinning vane connected to the winding rotor absorbs any sudden and violent movements of the rotor without compromising its winding efficiency.

For URWERK’s designer and co-founder, Martin Frei, a wristwatch is an object that invites interaction, appealing to your visual as well as to your tactile senses. You don’t just wear your UR-T8, you engage with it. “Our UR-T8 of course recalls the Reverso watches, we have unstructured the concept to create a genuine URWERK model. The UR-T8 features all the characteristics that we have made our own: the huge crown, the organically shaped sapphire-crystal glass, the textured case that invites your touch, a strong personality and a recognisable visual signature.” 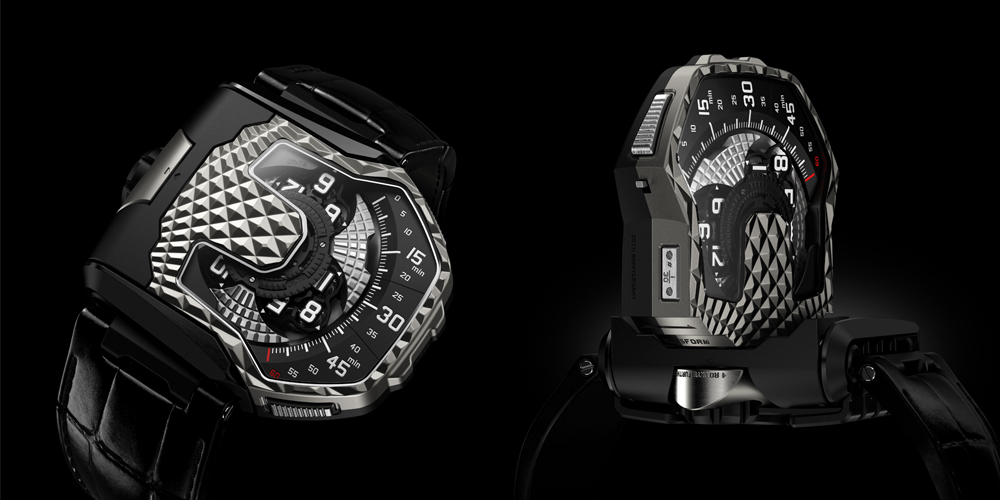 URWERK’s convention-defying time indication and mechanical elegance are the brainchild of the company’s chief watchmaker, Felix Baumgartner. “Our UR-T8 is a milestone in the story of URWERK. Our first 20 years were dominated by the wandering hour; the rest of the story has yet to be written for there are so many areas yet to explore. It’s now the time to turn a page and we want to do it with style. “

Felix and Martin founded the company in 1997. Together they have developed an original vision of time, creating wristwatches that are revolutionary in both design and engineering.

The UR-T8, an exemplary expression of that vision, is available in an initial series of 60 watches in bicolor titanium or with a black PVD coating. Both UR-T8 versions will have a price of 100’000 CHF + tax.