At first glance you might think that -beside the color- nothing has changed from the first model presented in 2015.. But that’s not true! 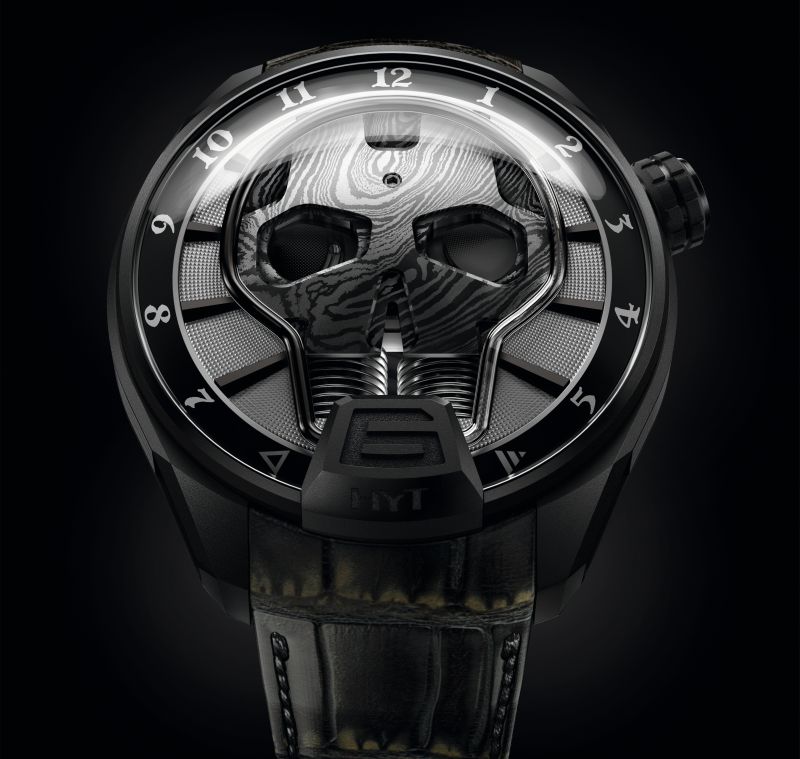 This is not a simple aesthetic variation. This opaque black, so simple to look at, took more than 12 months to develop. The black version has its own chemical properties. These affect attributes such as viscosity, expansion coefficient and UV resistance. Its creation meant going back to scratch. The goal? to create a fluid able to adapt to the constraints of an HYT movement, which does not adhere to the wall of the capillary, can hold a meniscus and does not interact on a molecular level with the elements it comes into contact with.

Chemistry was one concern, but aesthetics was another. Creating a black fluid is not without its problems: The inevitable result is that it is impossible to read the time on the Skull Bad Boy in the dark.

To go with this new black liquid, HYT wanted to create a skull with the distinctive appearance of Damascus steel, used for knives and Samurai swords. A foundry in the Neuchâtel region created the raw material: multiple layers of steel and carbon are folded in on themselves a total of 256 times!

All the functionalities of the original Skull have been preserved. The power reserve indicator sits in the right eye socket, which gets darker as the piece reaches the end of its 65-hour power reserve. The left eye socket houses the seconds disc, permanently, imperceptibly, turning.

The Skull Bad Boy is available as a limited edition of 50 pieces.