Before talking about the new MCT S210 Sequential Two just unveiled at Baselworld 2016, I would like to express my happiness and to wish good luck to Denis Giguet, founder of MCT, who has just been appointed as CEO of the Cage Holding Watch Division, composed by MCT S.A., DIGITALE S.A. and MCH S.A. (movement development and assembly companies). 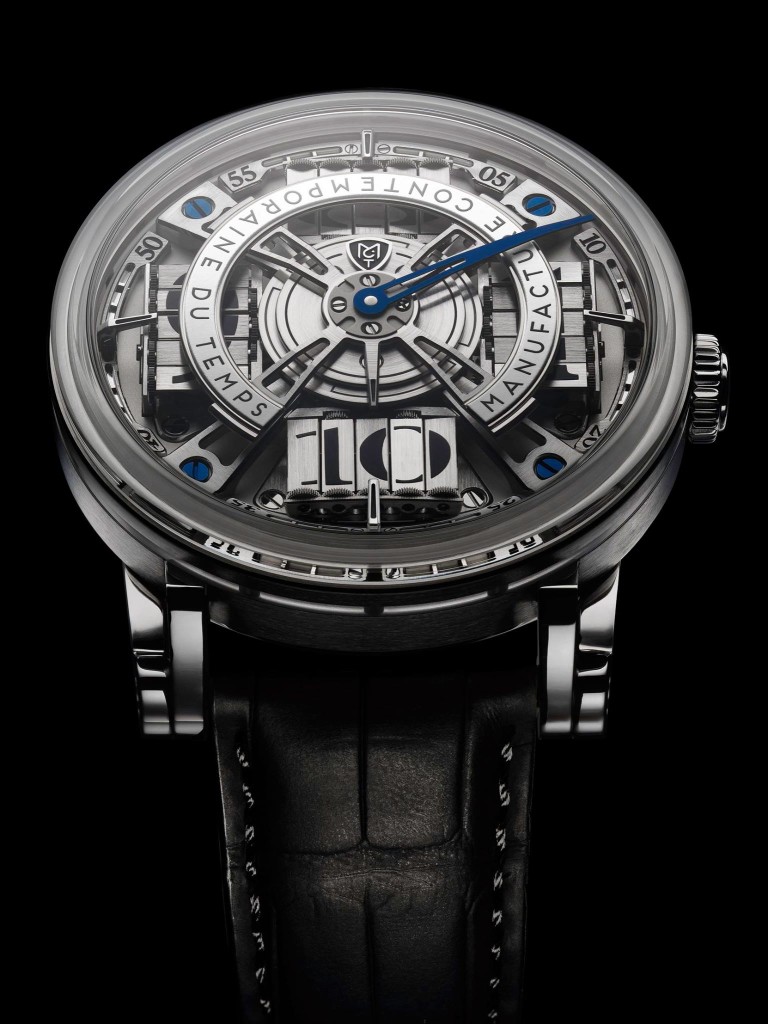 Four large plaques are composed of five prisms with three faces, that creates the numbers which are going to display the hours.

The cross-shaped structure adorned with a highly original curve following that of the sapphire crystal which accentuates the relief of the Sequential movement; to which it is affixed by four screws, holds the huge central hand, that shows the minutes on the circular peripheral part of the dial.

At a higher level, always linked to the central structure by four extra modern bridges, there is the  C-shaped central disc, where the Manufacture Contemporaine du Temps sign is on relief. Through the aperture of the C it’s possible to read the current hour, composed of the five prisms. 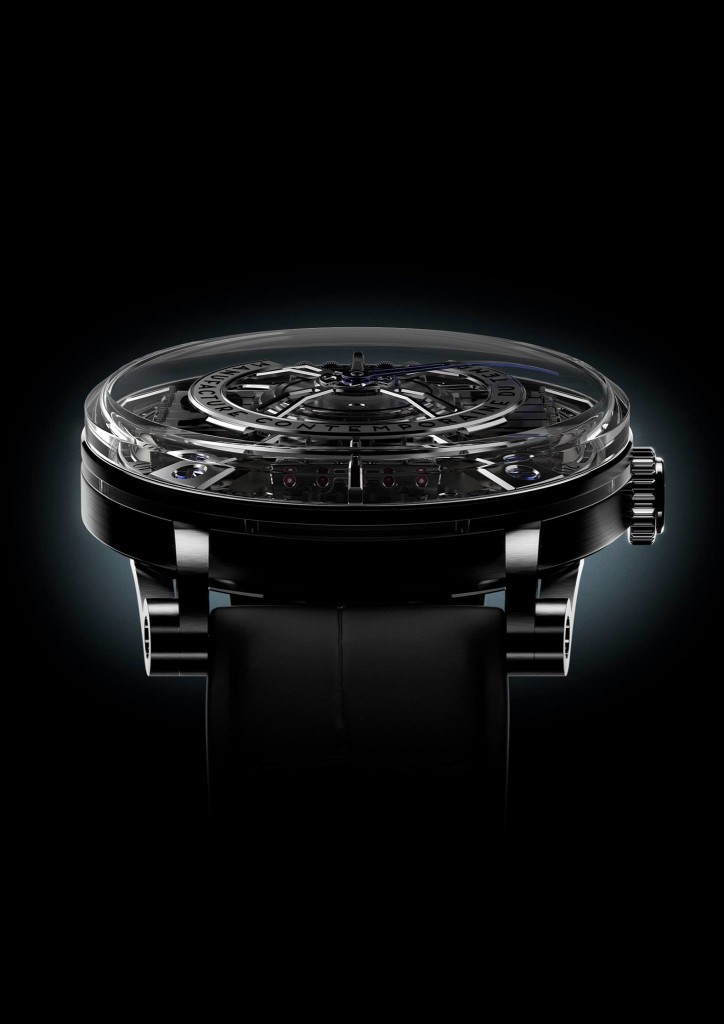 Every time the minute hand reaches the 60th minute, the C-shaped disc turns 90° in an anti-clockwise direction to display the following hour.

Through the sapphire case back we can admire the superbly finished platin and bridges of the movement, as well as the pink gold micro rotor. The self-winding MCT-S2.0 caliber is developed and assembled internally at MCT’s workshops in Neuchâtel.

Thanks to the ergonomic design of the case and the lugs, the extra light case in titanium, or titanium DLC, and sapphire glass, becomes extremely comfortable on the wrist. 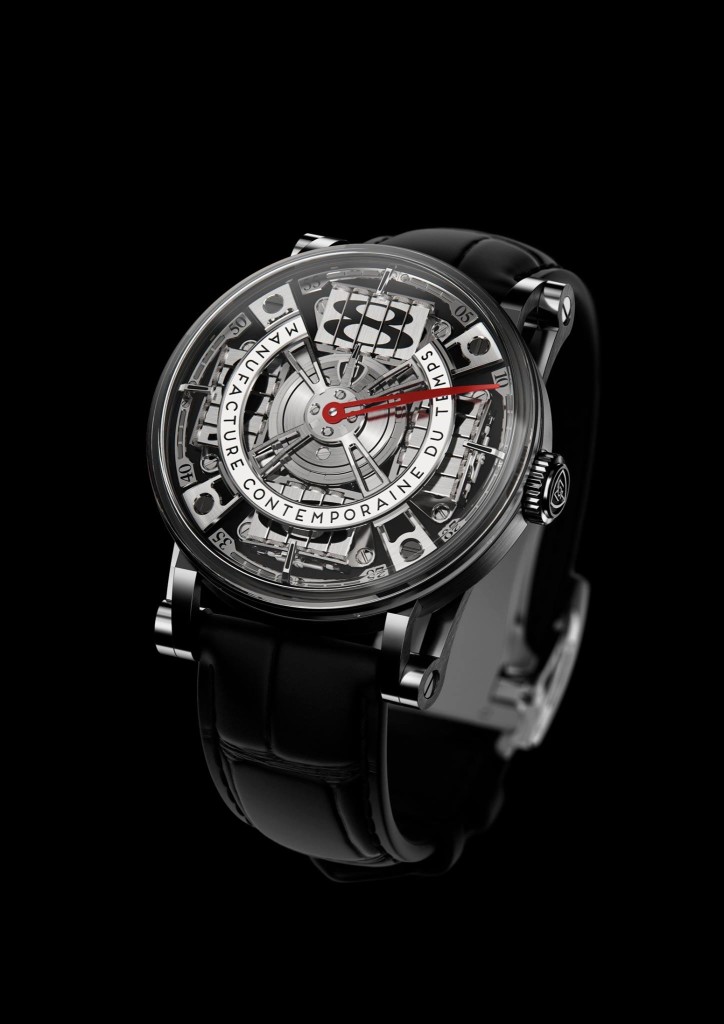