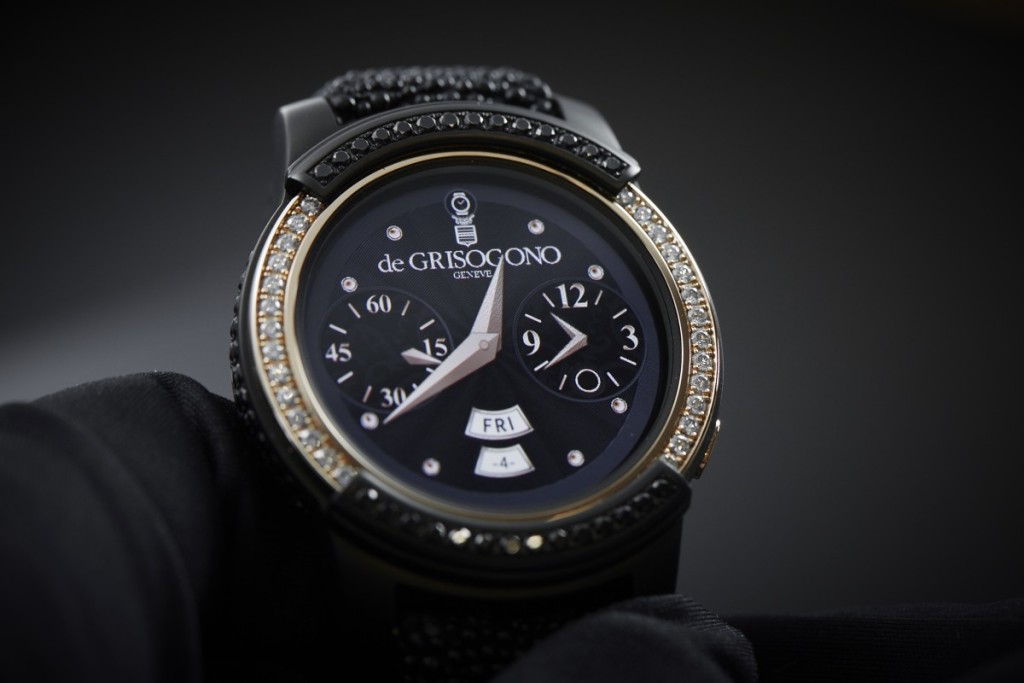 The two brands declare that their collaboration goes far beyond cobranding. The Geneva-based Maison founded by Fawaz Gruosi brought to the table its design and craftsmanship expertise, while Samsung provided its Gear S2 technology. Except for its electronic module, the product is manufactured and assembled in the Swiss brand workshops.

The 41mm rose gold case features a bezel set with 71 black and 56 white diamonds which turns around the dial. This rotation allows the user to access the Android-compatible apps, the same as the original Samsung Gear S2, in an intuitive way. 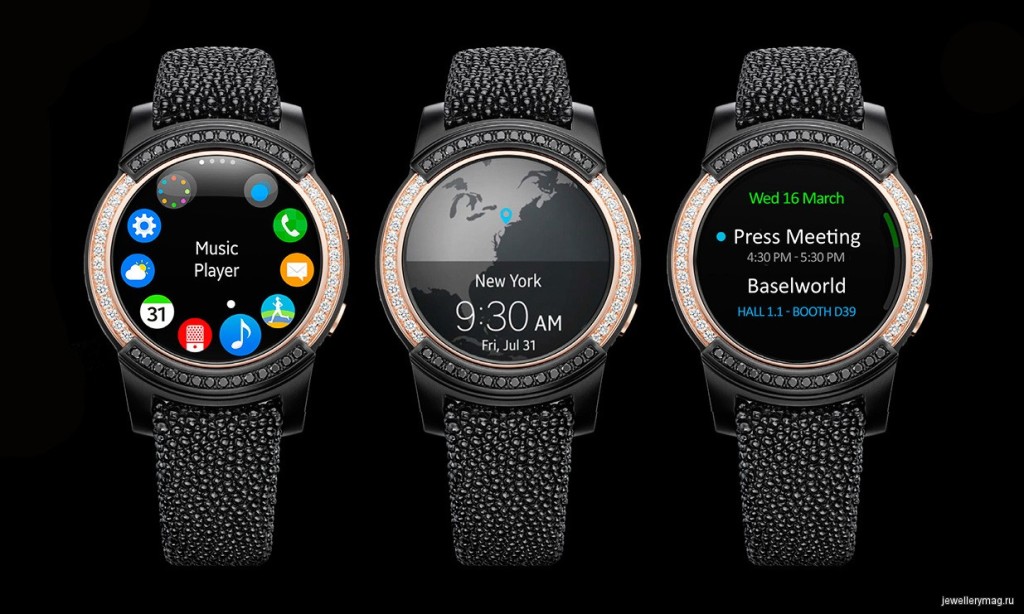 The user can choose among four different and very realistic “regular” watch dials designed by De Grisogono especially for this model, in black or white, which include different formats to select, such as time, moonphase, power reserve and so on. Th strap is in black galuchat, another De Grisogono signature.

Fawaz Gruosi, De Grisogono Founder and Artistic Director says: “De Grisogono has always been associated with daring products and a visionary approach to high jewellery and watches. The Samsung Gear S2 by De Grisogono clearly embodies all of our boldness in watch design and our jewellery savoir-faire, while maintaining all of Samsung’s technological capabilities and intuitive usage.” 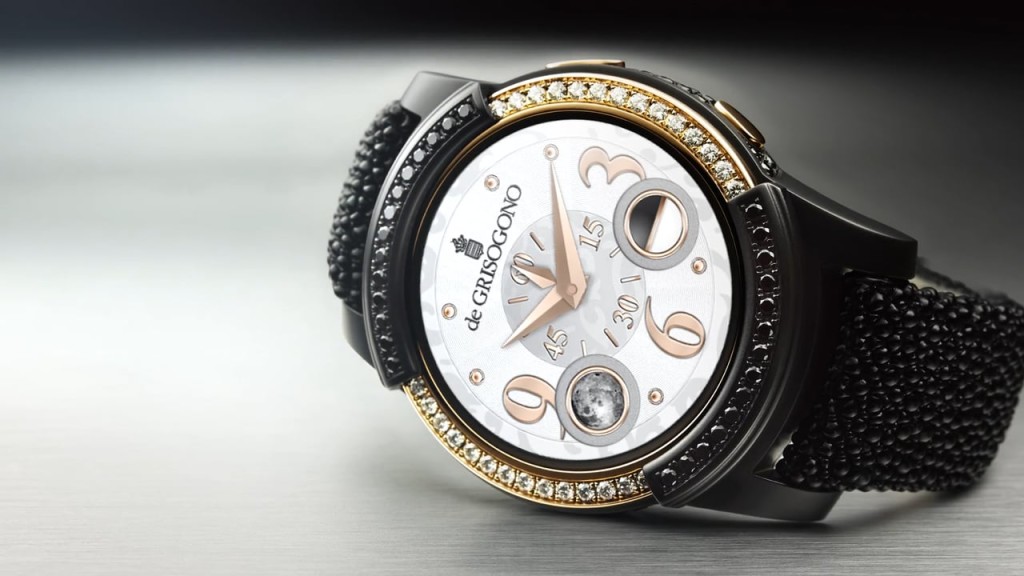 The Samsung Gear S2 by De Grisogono will be on sale from this summer in a selection of De Grisogono boutiques at the price of 14,600 Swiss francs.