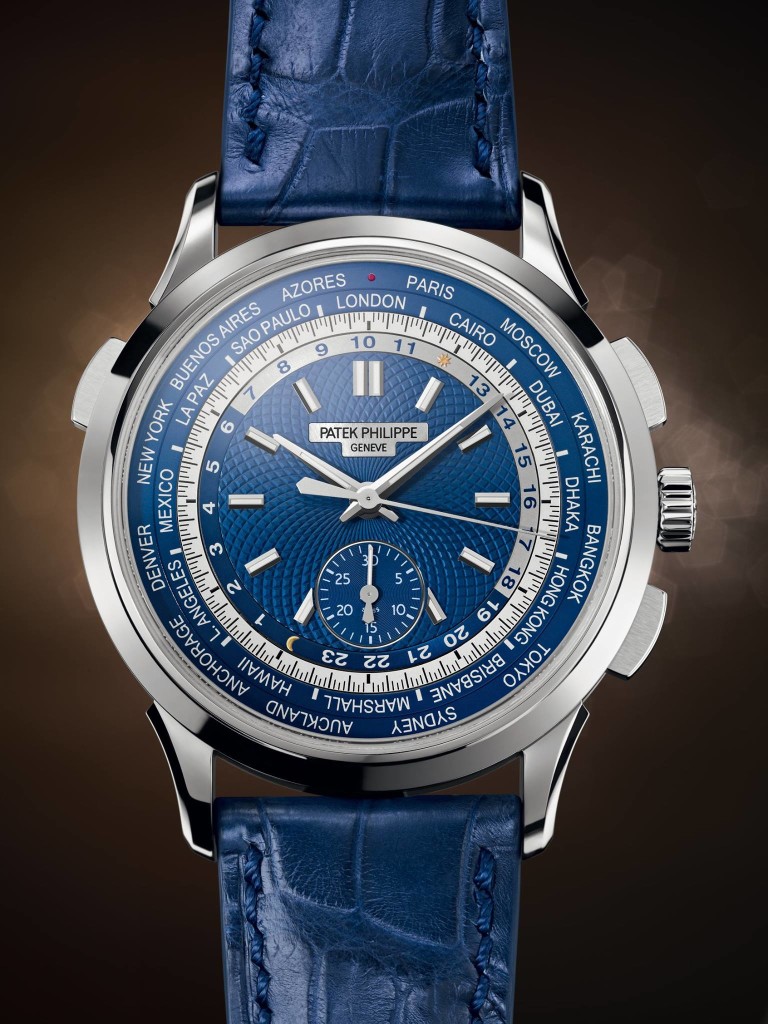 The new caliber CH 28-520 HU manufacture movement combines an automatic chronograph featuring column-wheel control and a vertical clutch with the World Time module. It is extremely easy to use: a pusher at 10 o’clock advances the hour hand and the two World Time scales in one-hour increments without disrupting the precise rate of the movement.

The movement is integrated in a classic round case made of 18K white gold, uniting two of the manufacture’s timelessly beautiful and elegant design hallmarks. They are the straightforward silhouette of the Bauhaus- inspired Ref. 96 launched in 1932 and the winglet-style strap lugs that attracted considerable attention in the 1940s and 1950s. Together, they constitute an ensemble that projects as much grace and dignity as their famous role models. 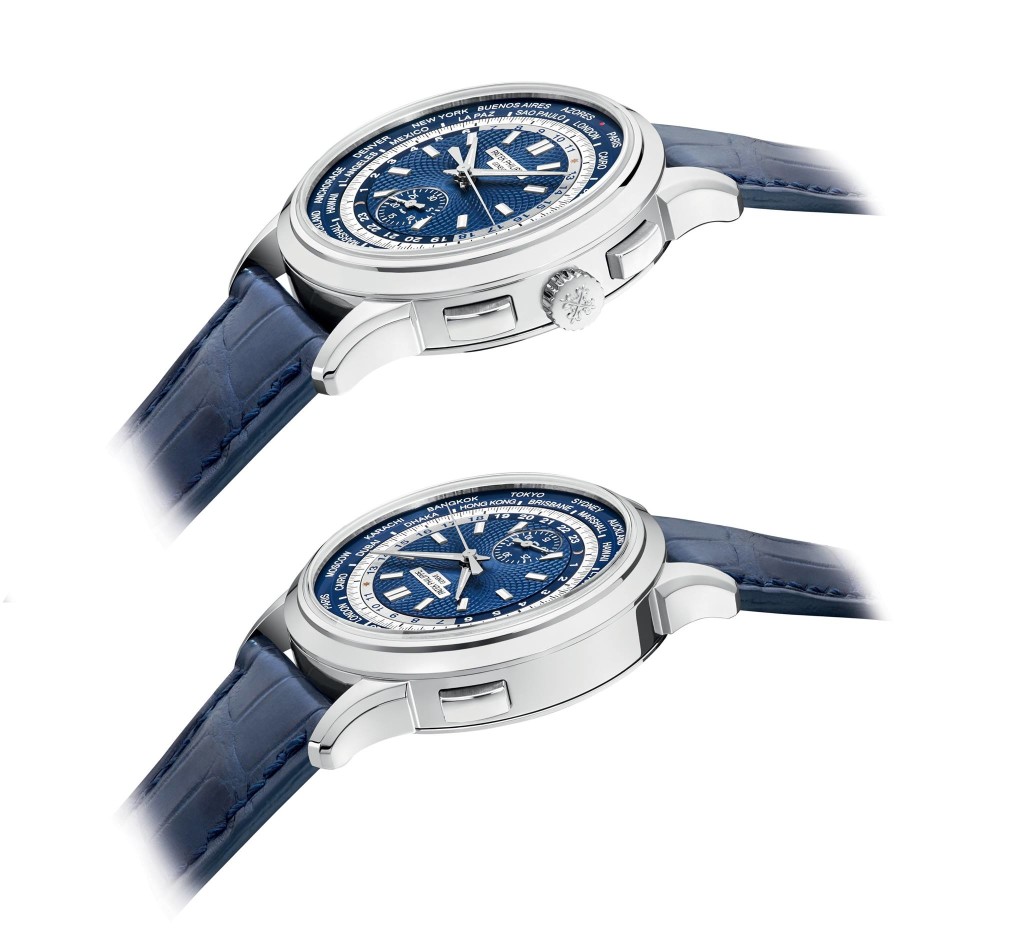 Classic elegance is also the theme of the new Ref. 5930G with its blue and silvery dial that structures the displays of local time, the other 23 time zones, and the chronograph functions in an exemplary manner to assure instant legibility at a glance. The outermost scale is a blue disk with the city names that represent the 24 time zones. It adjoins the white chronograph scale with fourth-of-a-second graduations. An adjacent 24-hour ring with bright/dark zones as well as sun and moon symbols doubles as a day/night indicator for the World Time readings. As in all Patek Philippe World Time watches, the dark blue center is dedicated to decorative artistry and manually guilloched.

The new Patek Philippe World Time Chronograph 5930G as a version with a white-gold case and a blue, silvery dial. It is worn on a hand-stitched matt navy blue alligator strap that is color-coordinated with the dial. An 18K white-gold Calatrava fold-over clasp keeps the watch comfortably secured to the wrist. 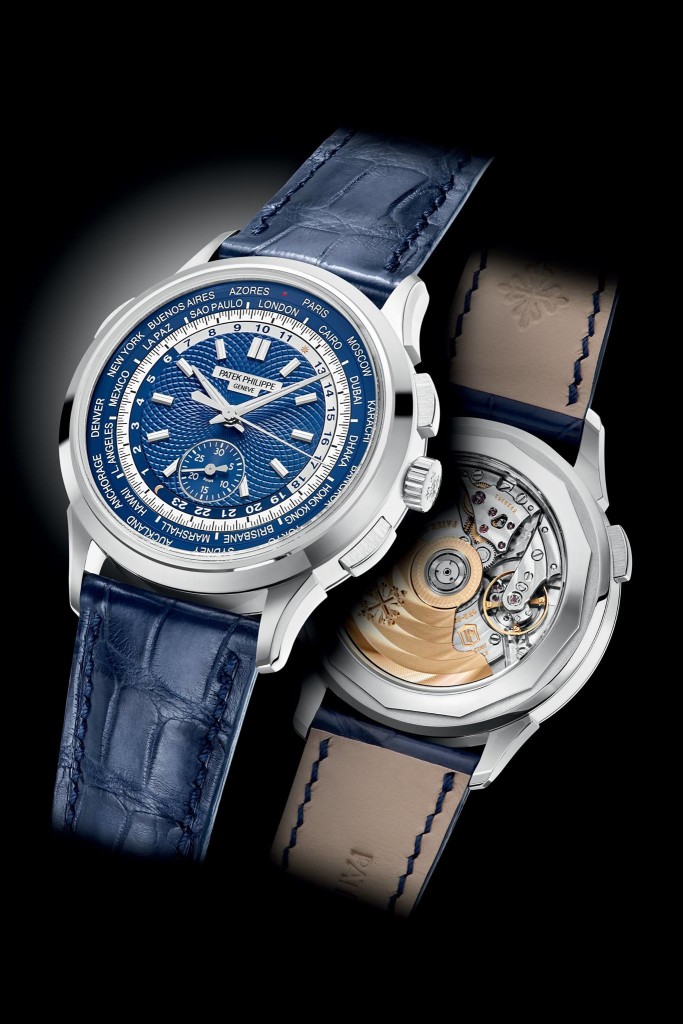 Patek Philippe And The Dôme Clocks For Pisa Orologeria