“Fluid innovation is, and will remain, in our DNA”, explains Vincent Perriard, CEO of HYT, “but this doesn’t prevent us from playing around with the codes of traditional watchmaking. Fun, experimentation, the joy of surprise: after all, that’s what we do best!”.

However, underneath this mantle of light, the H2 Tradition has both feet firmly in the 21st century. It retains its hydro-mechanical aesthetic, thanks to the capillary with the blue fluid moving forwards as the hours pass. 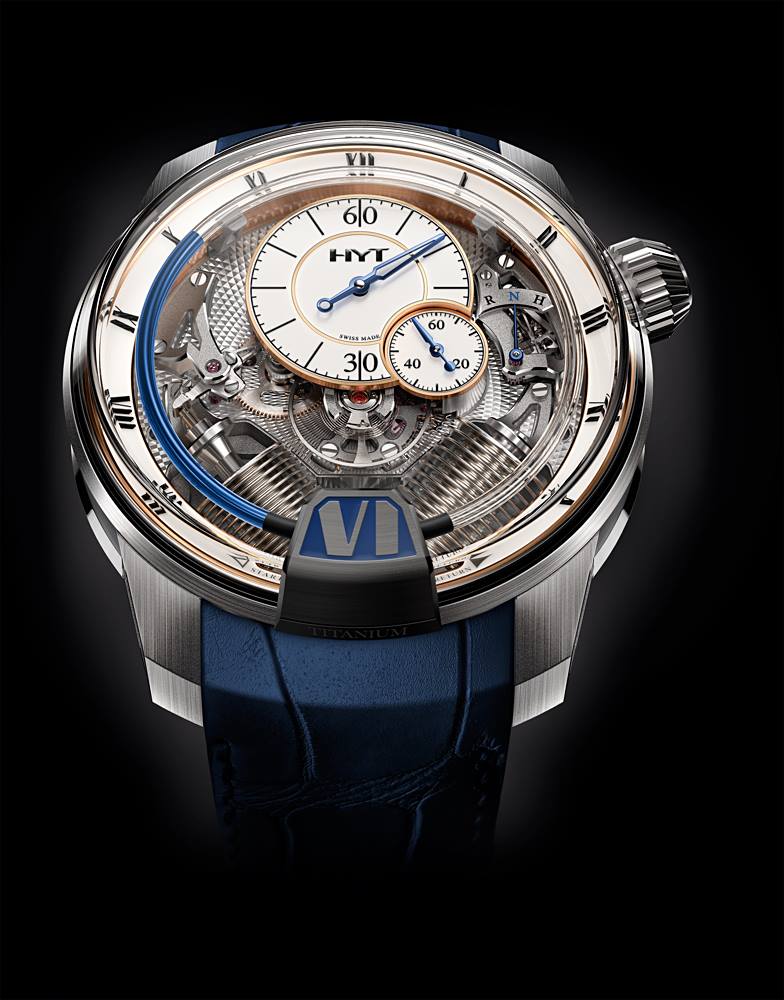 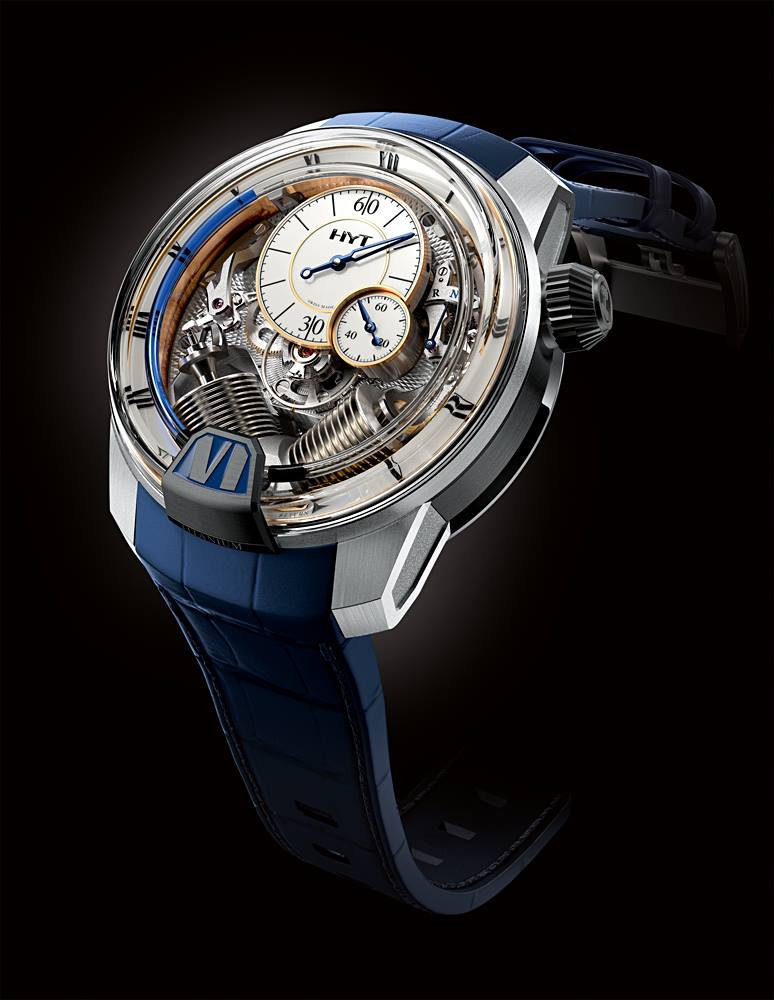 It is driven by two bellows positioned either side of 6 o’clock, developed in 2013 on the very first H2. The traditional side is expressed by the diamond guilloché main plate, the ogival shaped crown and its blued hands: HYT wanted it to be classical and easy to read, with the most subtle of aesthetics.

To give it a more classic appearance HYT had to modify the design of the H2’s caliber. The balance, for example, has been recentred to provide room on the dial for the minutes. This simple shift meant a large part of the movement’s design had to be overhauled, a feat once again achieved by HYT’s long-standing partners, APRP

“While the initial idea – to create a classic HYT – was simple enough, in practice, ways of preserving the identity of the piece, whilst imbuing it with codes which are not naturally its own, had to be constantly found. Its a fantastic challenge, suggested by our collector customers, and one that we have met with aplomb“, concludes Vincent Perrier.