Vacheron Constantin wished to give tangible reality to its heritage by creating the Historiques Collection in 2006. Paying tribute to the watches that have marked the evolution of the Maison, the collection highlights the richness of the Manufacture’s technical and aesthetic heritage through contemporary reinterpretations of its emblematic models. 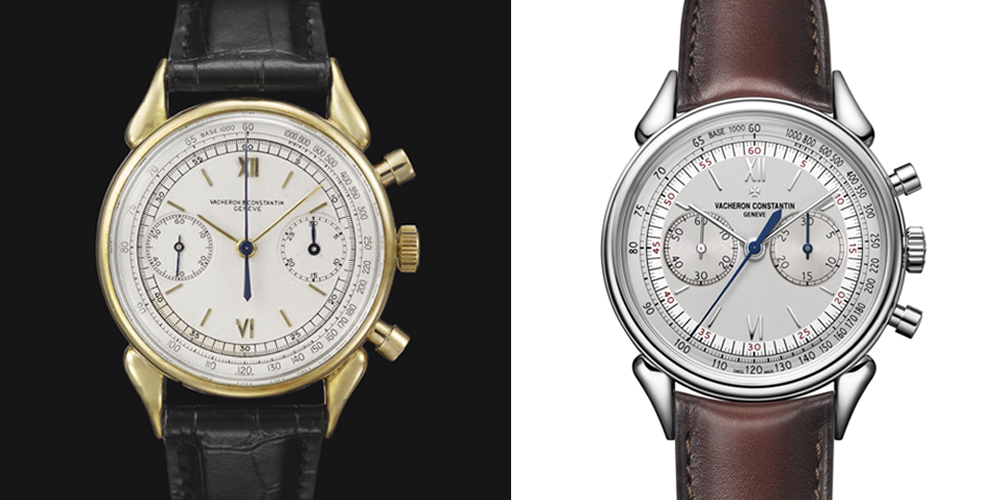 Today, as part of its Historiques collection, Vacheron Constantin presents a steel version of its emblematic “Cornes de vache Ref.6087” model, the Maison’s first water-resistant chronograph launched in 1955. Immediately recognisable by its distinctive cow horn-like lugs, this model is now one of the most sought-after among collectors. This reissue, aesthetically faithful to the original, is adapted to current watchmaking standards. The diameter of the case, which is water-resistant to 30 metres, has been increased from 35 mm to 38.5 mm. It now houses manual-winding chronograph Calibre 1142 with a 48-hour power reserve. In keeping with the grand watchmaking tradition, the short-time measuring mechanism is controlled by a column-wheel, adorned with a screw head shaped like a Maltese cross, the Vacheron Constantin emblem. Entirely bevelled and hand-decorated, with circular-grained finishes on the dial side and Côtes de Genève on the back that can be admired through the transparent sapphire crystal caseback framed by a ten-sided bezel. 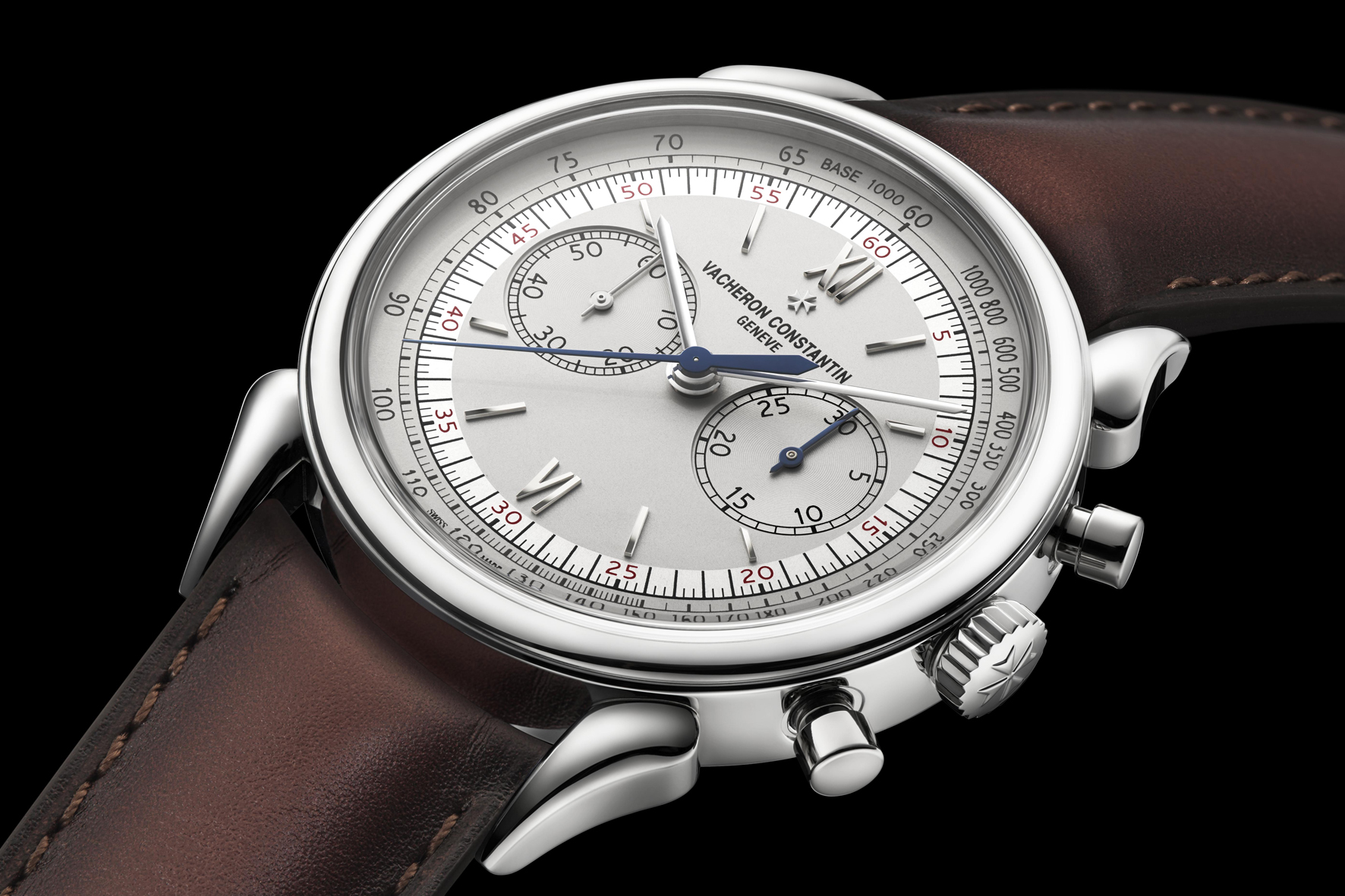 The model offers timekeeping functions including small seconds, as well as a chronograph with a central seconds hand and minute counter. A tachymeter scale on a 1000-metre base surrounds the chronograph counter featuring blued steel hands for optimal legibility. A white minute-circle punctuated with dark red numerals highlights the tone of the grey velvet-finished opaline dial, embellished with two snailed counters and bearing applied gold Roman numerals and hour-markers. 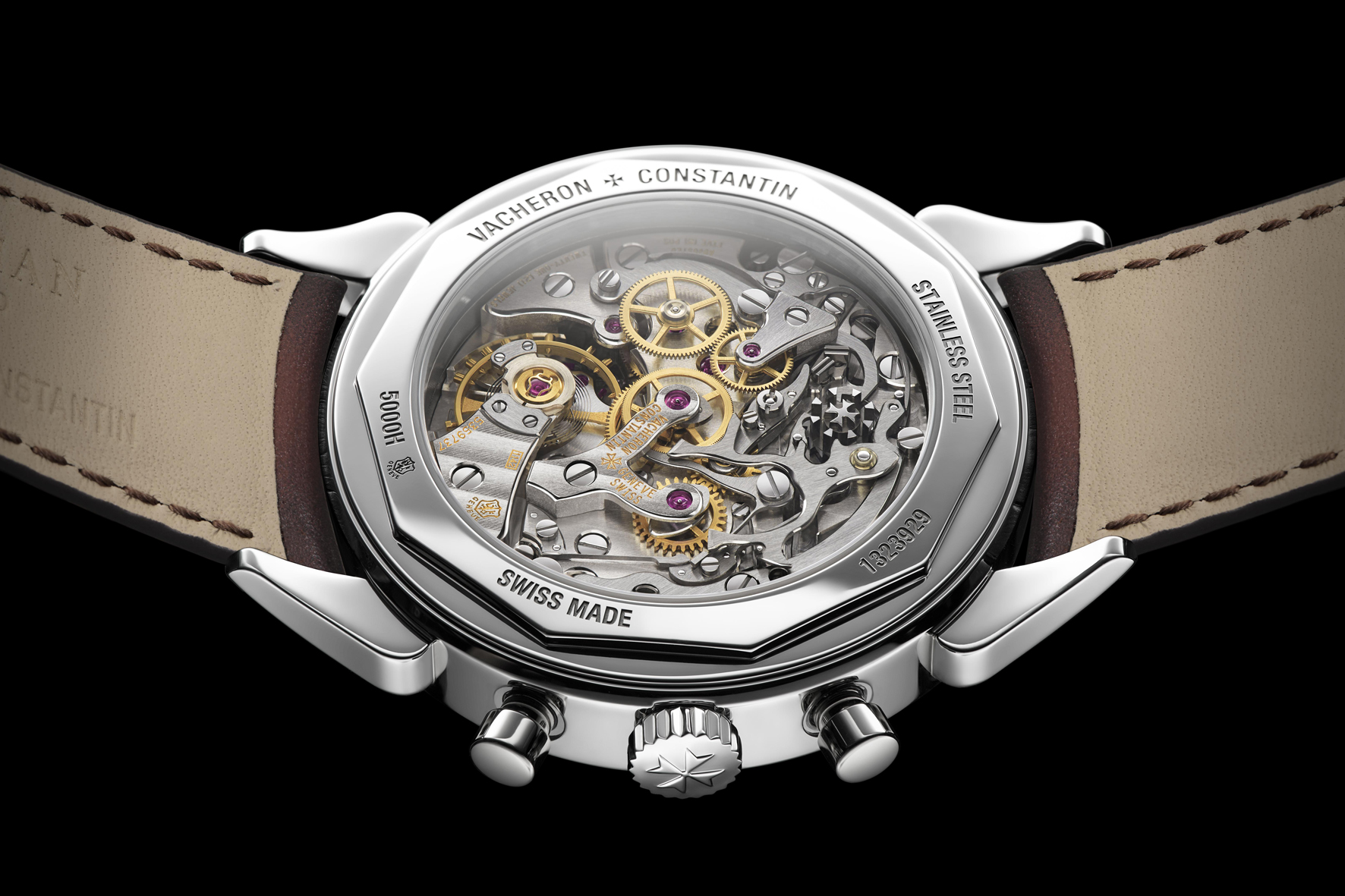 The new Historiques Cornes de vache 1955 is combined with a strap in patinated dark brown calf leather which was produced by Serapian, a traditional Milanese leather goods founded in 1928, which has thus undertaken its first collaborative endeavour with Vacheron Constantin. (Price €.42.300)