Today we had the privilege to have a chat with Felix Baumgartner, Master Watchmaker and co-founder of the Avant-Garde independent watch brand Urwerk, launched in 1997 with his partner and Designer Martin Frei. 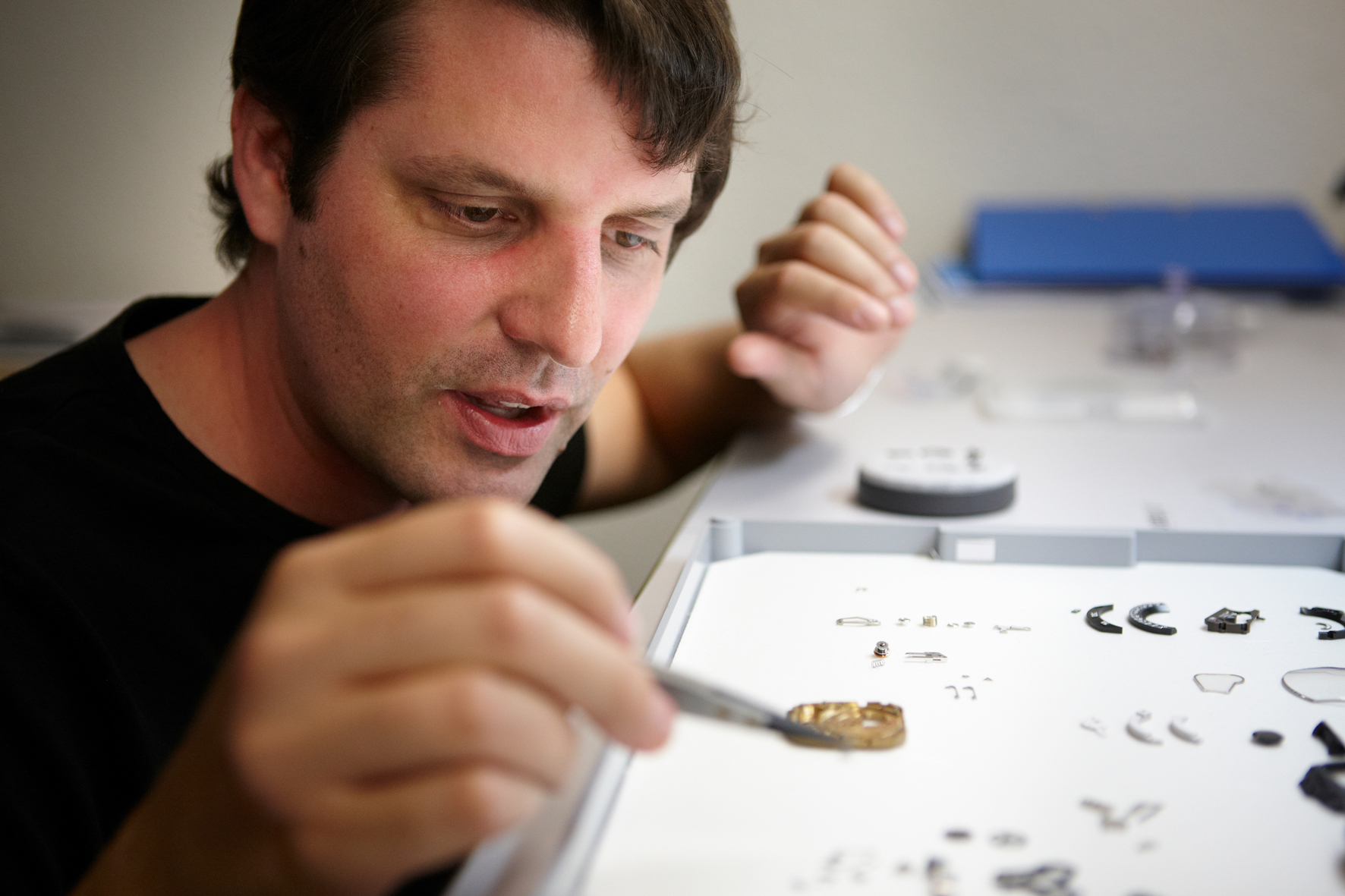 Felix, can you explain us your continuous research of new ways of telling time?

My father is a watchmaker and my grand father used to be one. I have grown up in the middle of antique, beautiful pendulums from the 18th century that my father was patiently restoring. I learned the secret language of minute repeaters, tourbillons and perpetual calendars at my father’s bench. When I graduated from the Horological school, I had two options : look backward and cherish the past like my father did or try to figure out what it meant to be a watchmaker born in the 20th century. As you have guessed I have chosen the second one. I deeply believe that the History of watchmaking is a continuous process and I wanted to be part of this motion. Creations in tune with the present time.

Tell us more about yours and Martin’s creative process, does he propose you a new design and then you study how to “make it move” or vice versa?

We are a duet. So it goes in both ways. Sometimes Martin comes with a concept and then we have to translate it into a working mechanism. That was the case for the original crown we designed for the UR-111C. Or sometimes it comes from my side as for the UR-210 and its fly back minute hand. It is a dialogue between us. We are like a virtual couple. We try to impress each other and URWERK is the outcome of these exchanges. 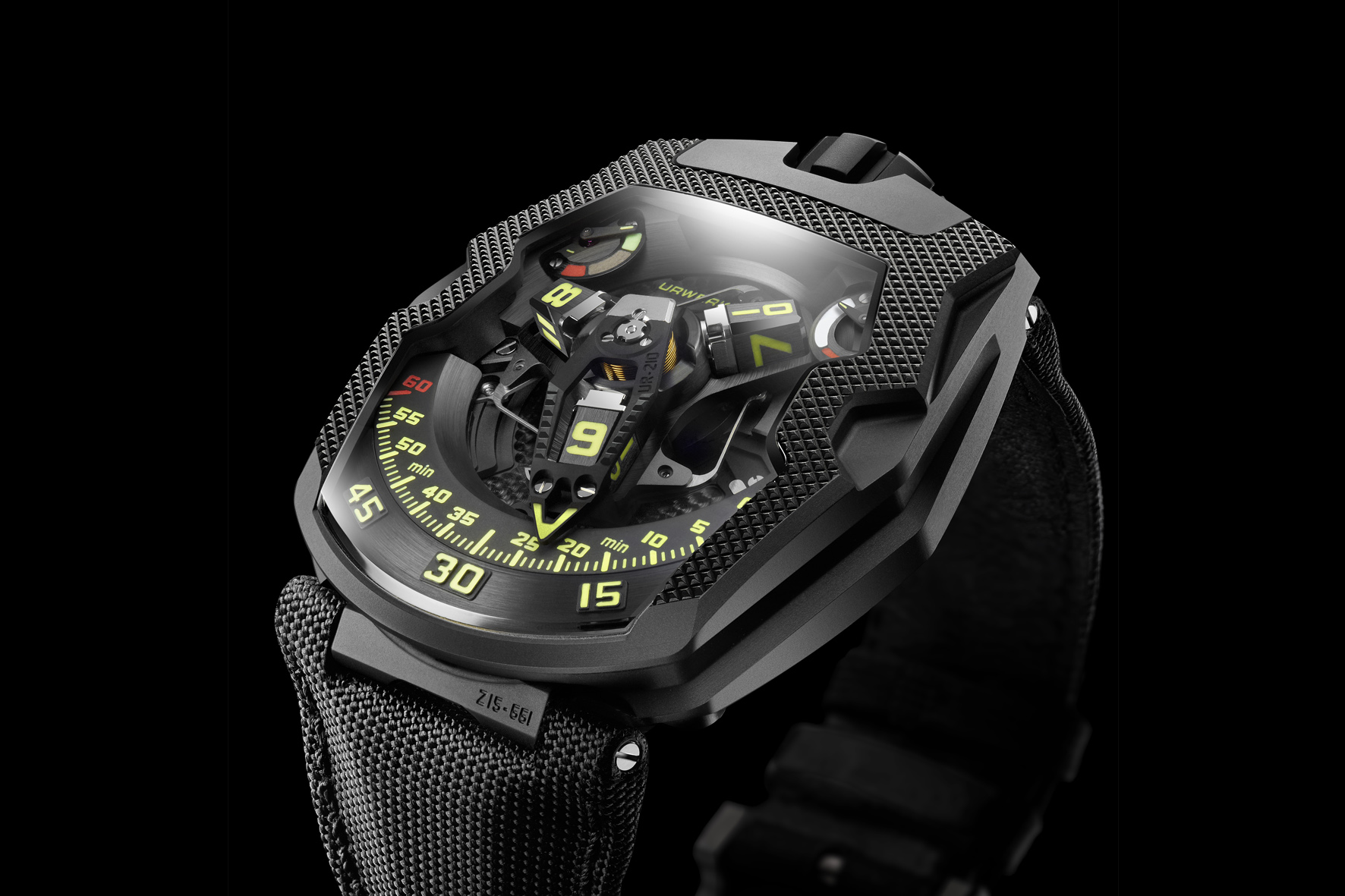 We know that the inspiration behind your first satellites creations comes from the Italian watchmakers Campani brothers, how did you have the idea to use and modernize their unusual way of telling time?

My father told me that when I was 6 he had the opportunity to restore one of these Campani clocks which were originally made for the Pope. He said I was literally fascinated by it and spent hours staring at it. But eventually he finalised his work and had to send this marvel back to its owner. Twenty years later I met Martin Frei during a party for the New Year’s eve. And we spent more or less the whole night discussing about time perception, philosophy and art. Some time later I sent him a picture of this Campani night clock as one of my revered timepieces. He loved it too. And we started discussing about creating our own way to tell time.

Then the linear way of telling time happened, with the CC1 Cobra…

Well, this was a long process. We first came with the concept of a linear way to tell time in 2000. My elder brother had an old Volvo. Its speedometer was a linear one just like in old American cars. Our aim was to translate time with the same concept. Something disruptive and clear at the same time. 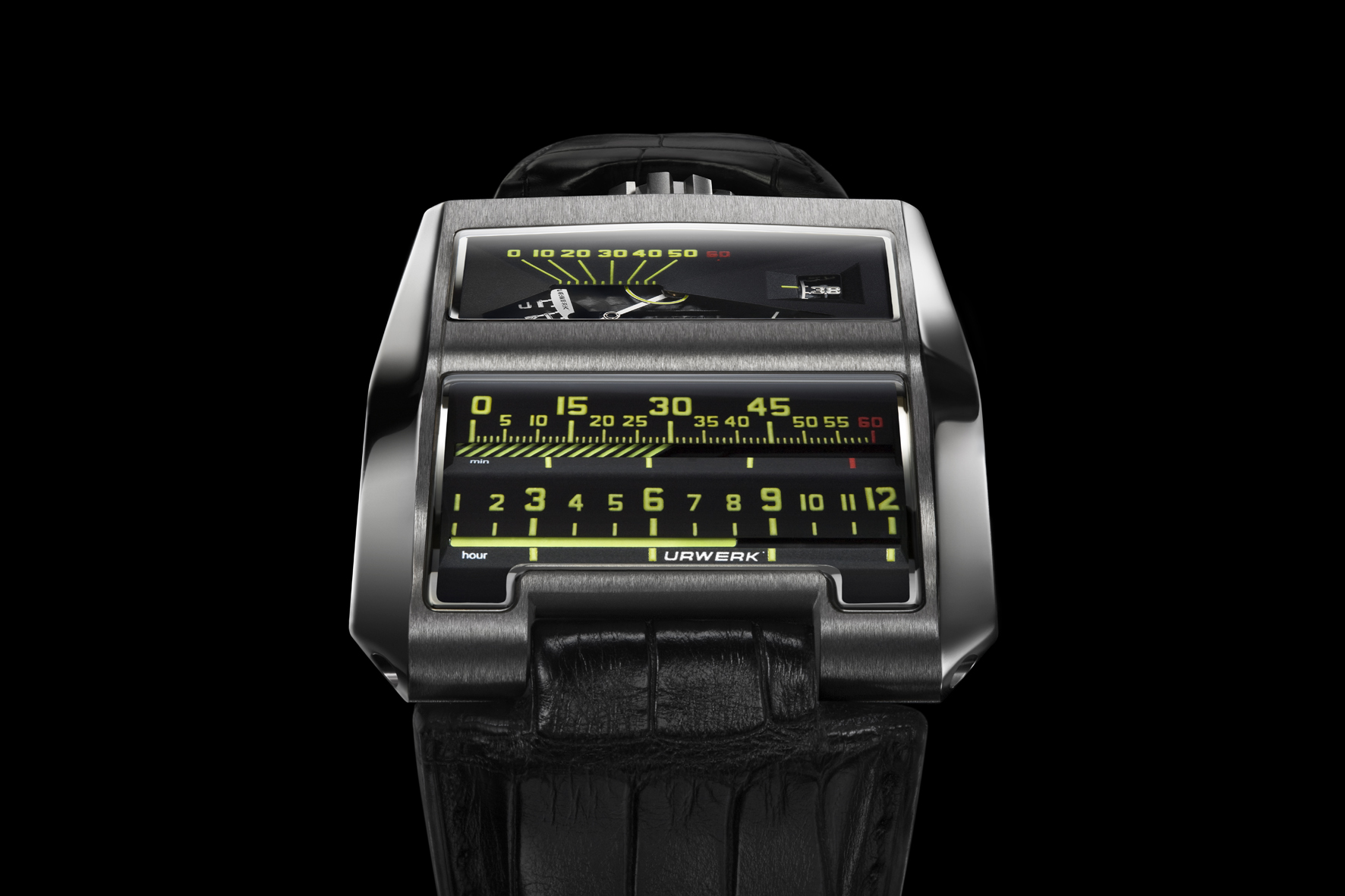 Tell us more about the EMC and AMC projects please.

One of my fascinations goes to Chronometry. Like all watchmakers, I have on my bench a Witschi – an instrument to test the precision of my work. This impartial and uncompromising judge ‘listens’ to the rhythm of the balance and makes a verdict on the performance of the movement by measuring the timing rate, the number of seconds the movement gains or loses in 24 hours. This device is what I always refer back to; you might say it’s my only boss in the atelier. 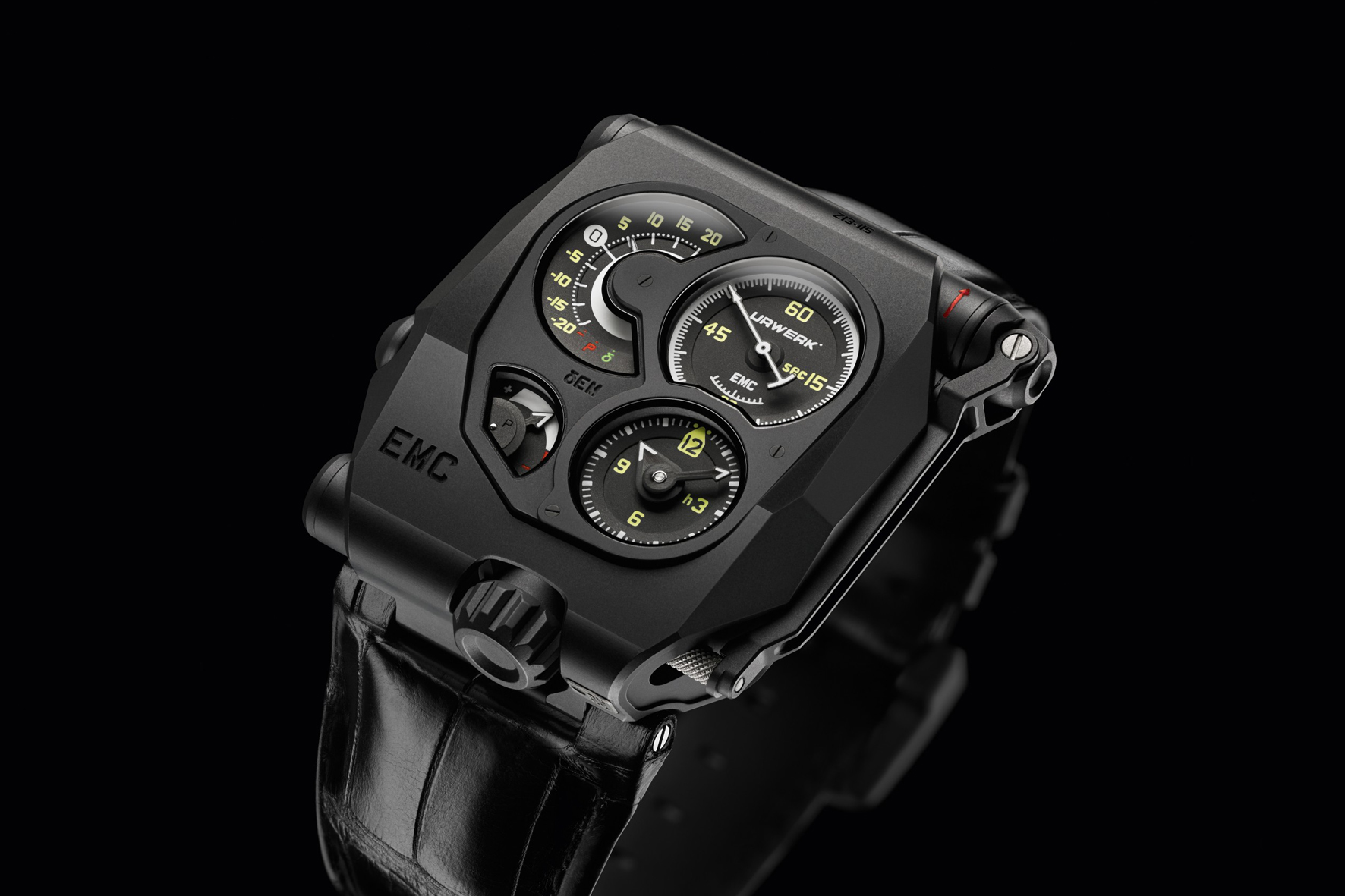 With the EMC projects the idea was to incorporate a Witschi-like measuring instrument in a mechanical watch. So that you obtain a reliable and accurate piece of data on your timepiece at the touch of a button – information that until now has been the preserve of professional watchmakers. With the AMC, the project is even more ambitious. The idea is to have a master clock – an atomic time reference – which controls the accuracy and rate of a slave wristwatch mechanically. We’ve been working on this one for 8 years now and should be ready to unveil this one in December 2018. 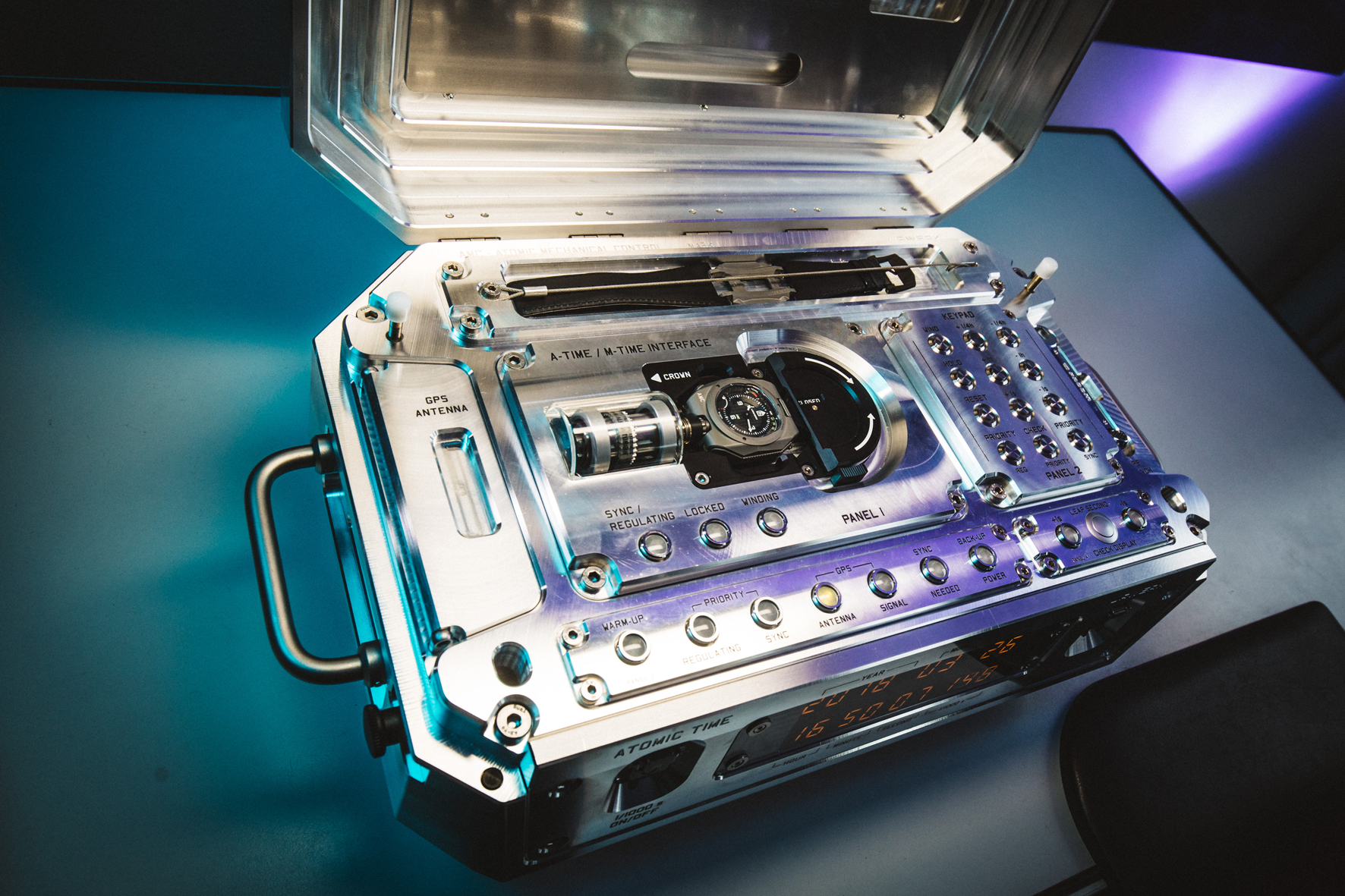 And this year you came out with another linear time-based watch, the UR-111C?

Exactly. You can feel the parentage between the UR-CC1 and the UR-111C when looking at their cases. In the UR-111C, the minutes are shown in two different ways – linearly for eyes pleasure and digitally for precision. A roller on the case performed the functions of the crown, the running seconds meandered across a cluster of optical fibers. These are all world firsts, which is quite exciting. 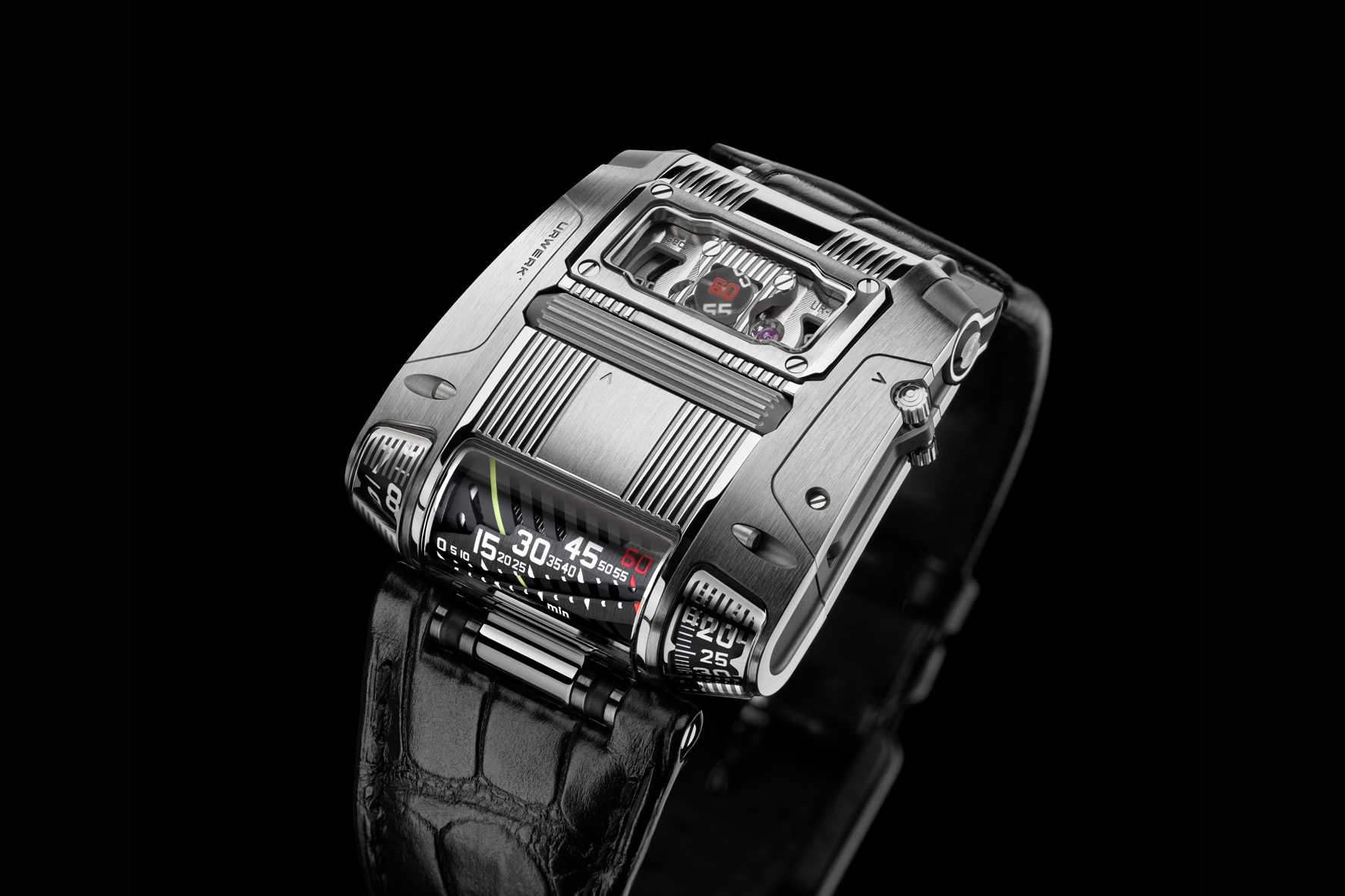 Will you continue to “Urwerkize” other brands, like you did in the Macallan project?

We loved this “exercise.” We were approached by Macallan to design the most complex flask ever created. A really cool challenge. We came up with a brand new concept: a flask with two tanks. That was fun!  Not sure it was that fun to produce but we at URWERK had a blast to draw it… 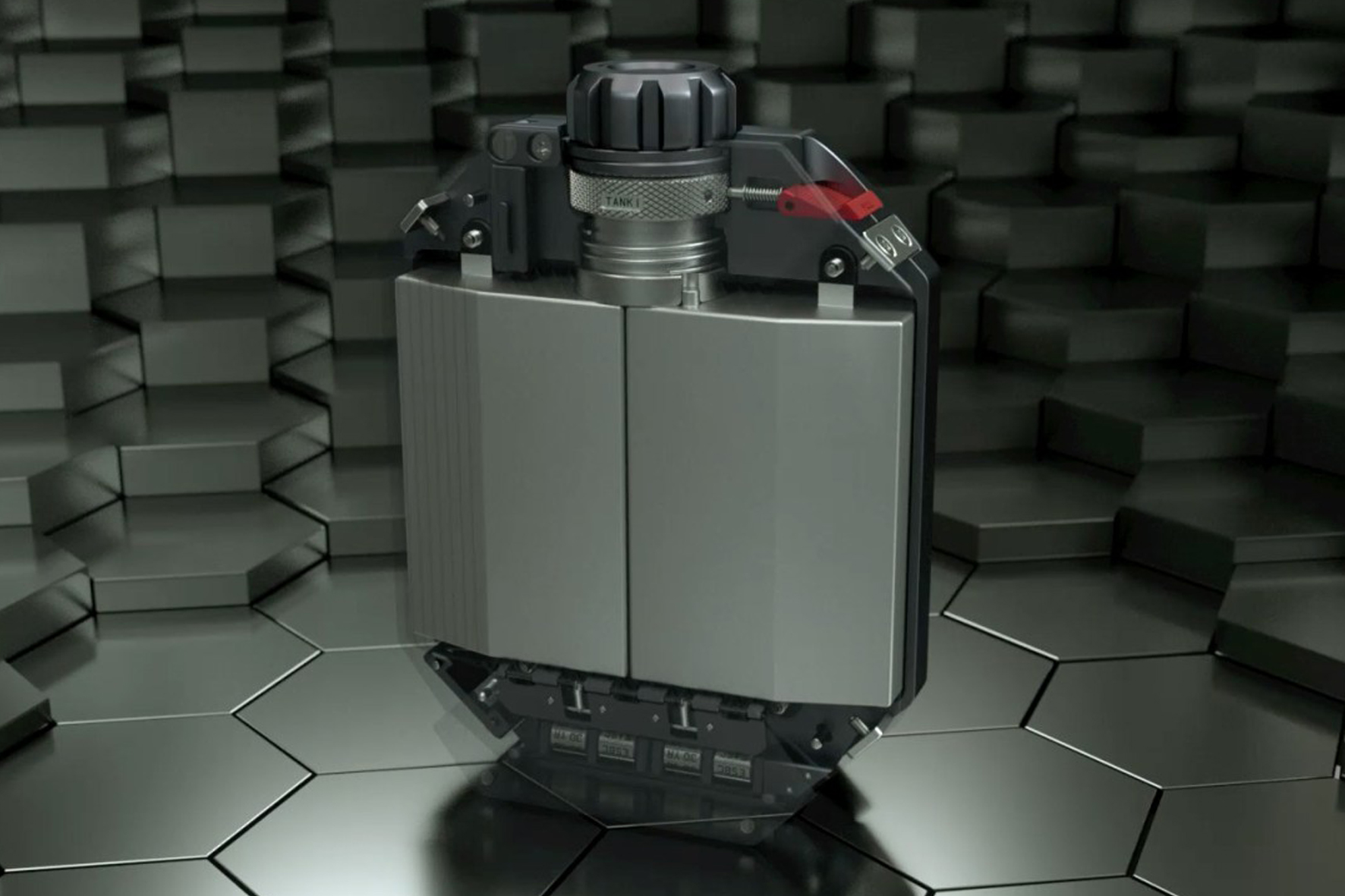 What are your future plans? Will you create a round watch ever again?