URWERK presents its UR-105 T-Rex, nicknamed after its atypical case that is crisscrossed by a raised, concentrically ribbed pattern evoking the scales of certain reptiles. The colors of this breastplate will subtly evolve over the years. URWERK performed a number of different trials before confirming the exact shape of the bronze case. The idea was to achieve the perfect patina. Each model is treated as one-of-a-kind. It is decorated, beadblasted, micro-sandblasted, purified and then oxidized with a brush. 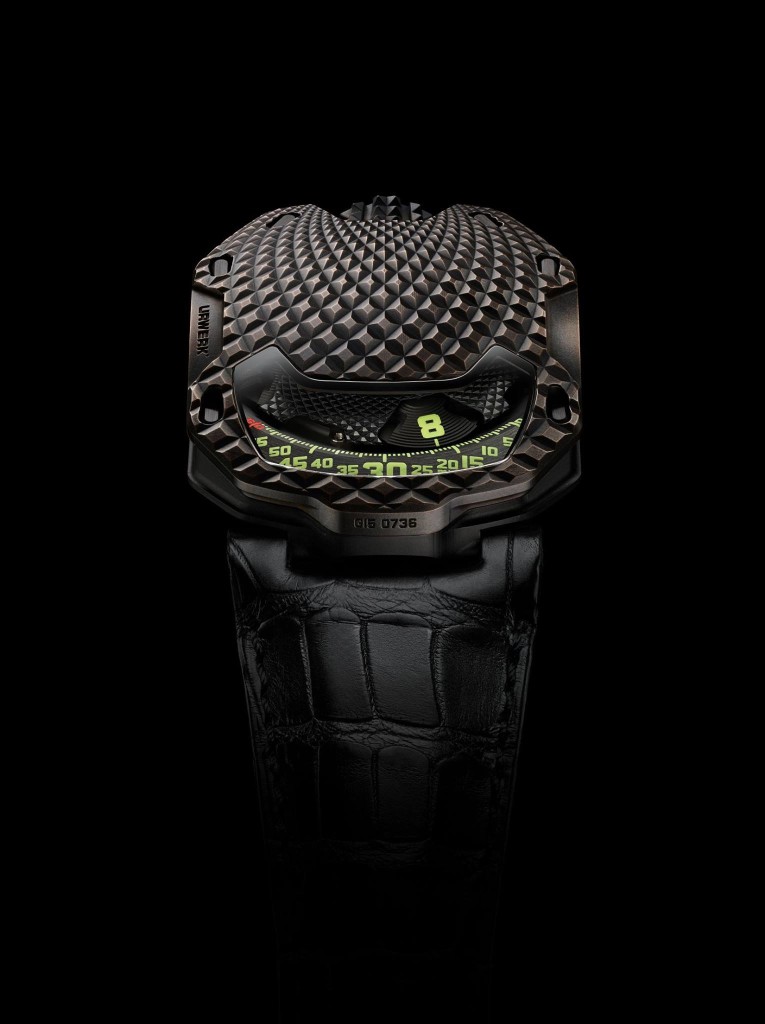 Technically speaking, the UR-105 T-Rex is a satellite hours watch such as only URWERK makes them. Four satellites, each bearing three hour numerals, successively parade past the minute rail.

In URWERK previous models, the satellites were fitted on a Maltese cross and supported by an orbital cross at the top. After some refinements now when setting the time there is virtually no friction, no jerking, just the fluid ballet of the rotating satellites. 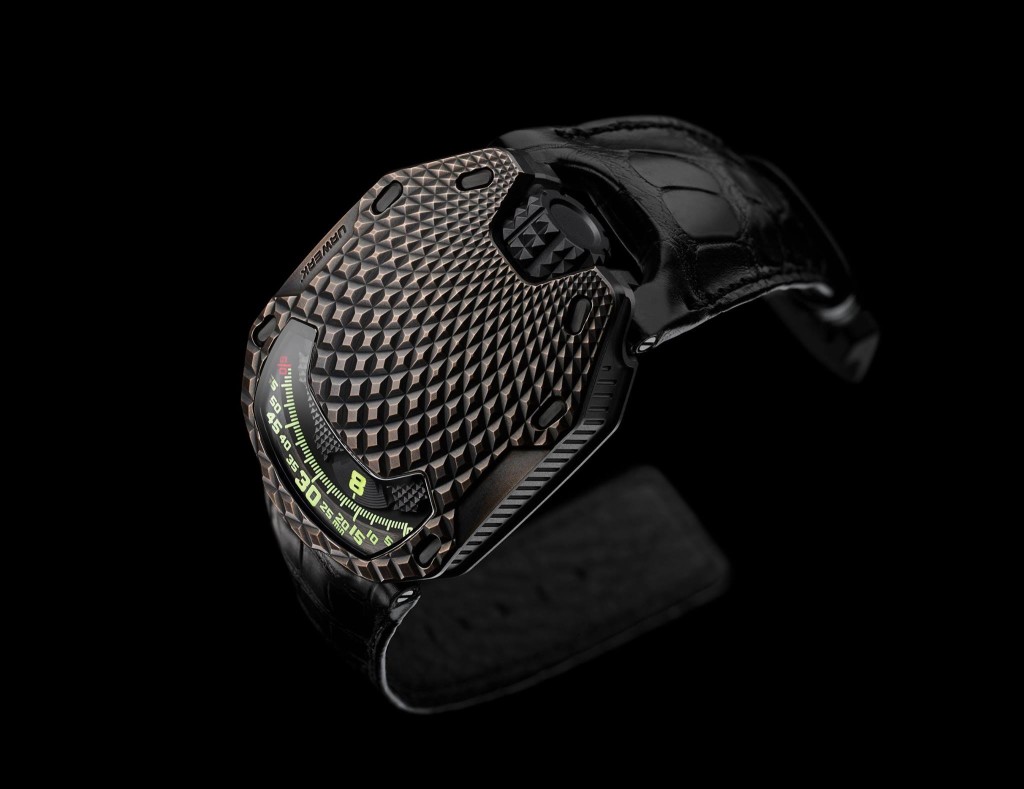 The back shows the turbines of the UR-105 T-Rex which regulate the winding of the watch. They are adjusted by means of a lever. In the “FULL” position, even the slightest movement is leveraged to help wind up the mainspring. The UR-105 T-Rex is thus in automatic winding mode and its winding is optimized by the effect of its turbines. In “STOP” mode, the winding system is disabled and the UR-105 can thus be hand-wound if required via the crown. A third intermediate “RED” (for REDUCED) moderates the winding so as to avoid excessive tension on the mainspring.