Technically, the UR-105 works on the fundamental concept of Urwerk’s watchmaking, the wandering hour principle, in which each hour travels in turn across a 60-minute arc. This ancient and more intuitive way of telling the time is made easier by a mask made of PEEK, a semi-crystalline polymer, which hides the hours that have completed their 60-minute patrol. The mask is also superbly decorated in proper traditional style. 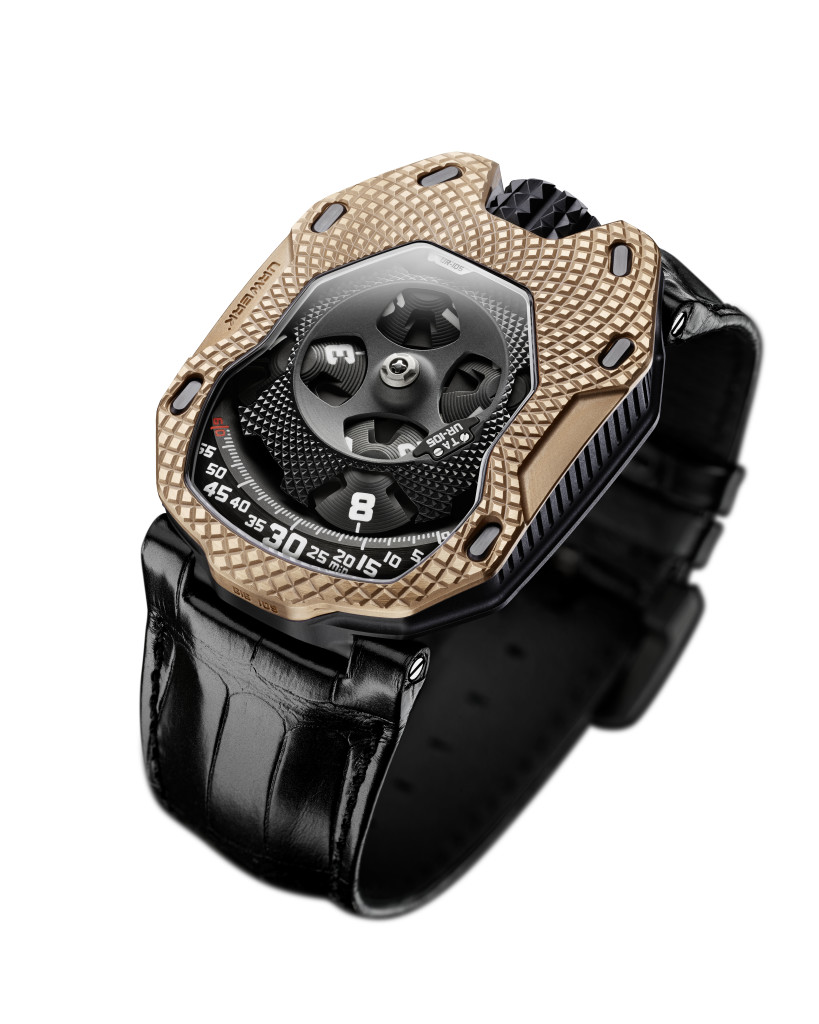 This 105 version incorporates the latest developments in Urwerk’s constant efforts to add value to the wandering hour principle. The most intricate part of the mechanism, the carousel, which carries the hours in groups of three on four satellite discs, is hidden.

“In our earlier models,” recalls Felix Baumgartner, “the satellites were mounted on Maltese crosses and suspended from the rotating arms. We’ve found a way to improve on this idea. You can feel the result in your fingertips when you set the time. There’s no friction, no jolts, just the dance of the satellites. Our efforts have been absorbed into a much more fluid transmission.” 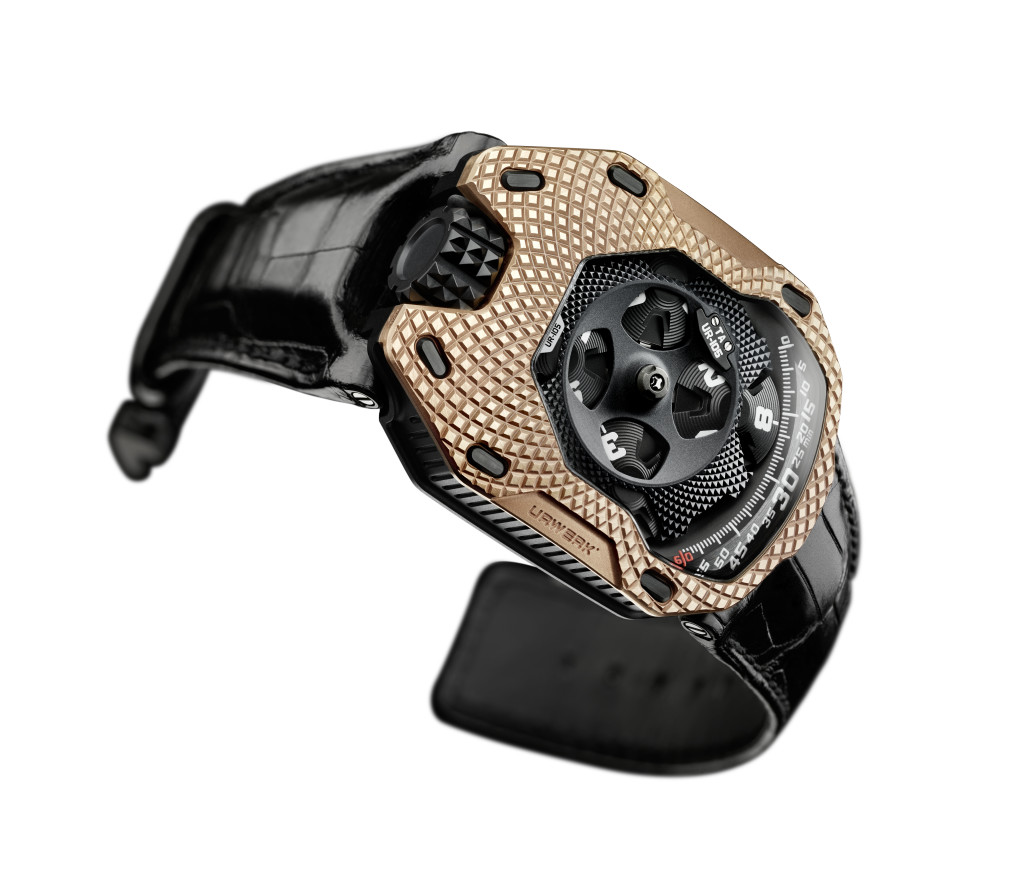 On the back of the UR-105, turbines control the selfwinding system. Switch the lever to FULL and the winding rotor reacts to your slightest movement to wind the mainspring. In the RED (reduced) position, the rotor’s movements are dampened to avoid excessive tension in the mainspring. In the STOP position the selfwinding mechanism is disengaged and the watch can be wound manually with the crown.

The UR-105 Raging gold will be produced in a limited edition of 22 pieces.