The Oris Carysfort Reef Limited Edition is based on Oris’s Aquis diver’s watch and features the same standard specifications, including water resistance to 300 metres. But it is the first Oris diver’s watch produced in solid 18-carat yellow gold. 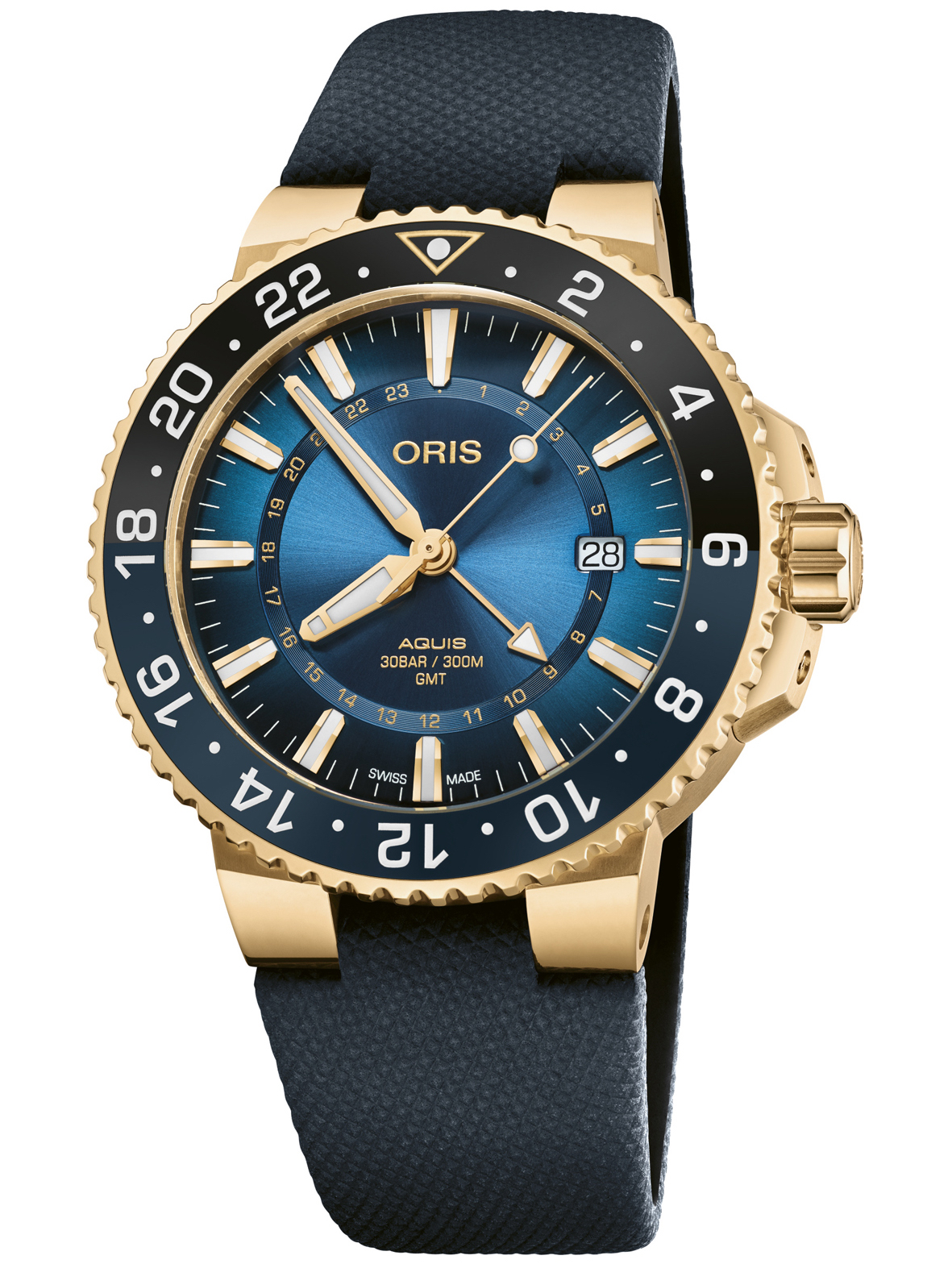 The watch is equipped with the Oris 798 Automatic Caliber with GMT function, indicated by a central hand that makes a full tour of the dial once every 24 hours. A second time zone can be read off against a 24-hour chapter ring on the dial, while a laser-engraved 24-hour scale on the bi-directional rotating bezel can be used to indicate a third time zone. The bezel insert is made of scratch and fade-resistant black and blue ceramic, designed to indicate day and night time for an additional time zone.

The watch has a sapphire crystal over a gradient blue dial that darkens towards the edge, and a date window at 3 o’clock. The solid gold case back has a sapphire crystal inlay decorated with the limited edition number and a special motif celebrating Coral Restoration Foundation’s milestone of 30,000 corals planted. The new Oris Carysfort Reef Limited Edition is set on a blue leather strap with a rubber coating, and each of the 50 pieces made will be presented in a special wooden box. (Price €.17.200) 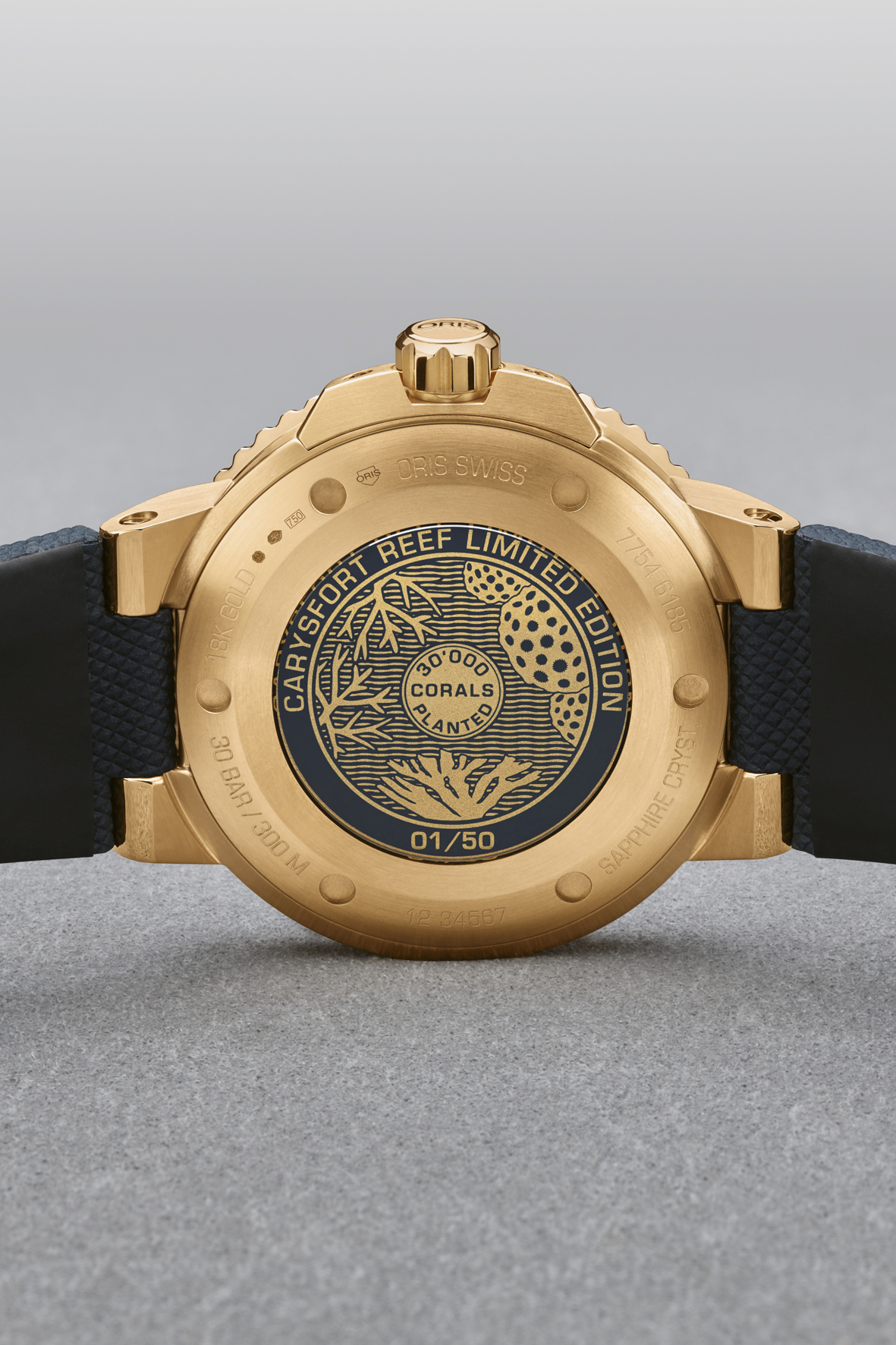 Oris will donate three 18-carat yellow gold watches from the run of 50 limited edition pieces to the non-profit organisation, which will auction numbers 02/50, 03/50 and 04/50 at a series of events this spring. The purpose of this special gold edition is to raise as much as possible in support of the foundation’s pioneering activities. Funds raised by sales of the remaining limited edition pieces will also help support its work.

‘This partnership is central to our continuing mission to bring Change for the Better,’ says Oris Co- CEO Rolf Studer. ‘Through the Oris Carysfort Reef Limited Edition, we’re really stepping up our ambitions and our contribution to returning the world’s corals to their original state. It’s a hugely important project and we’re excited by everything Coral Restoration Foundation is achieving through it.’ 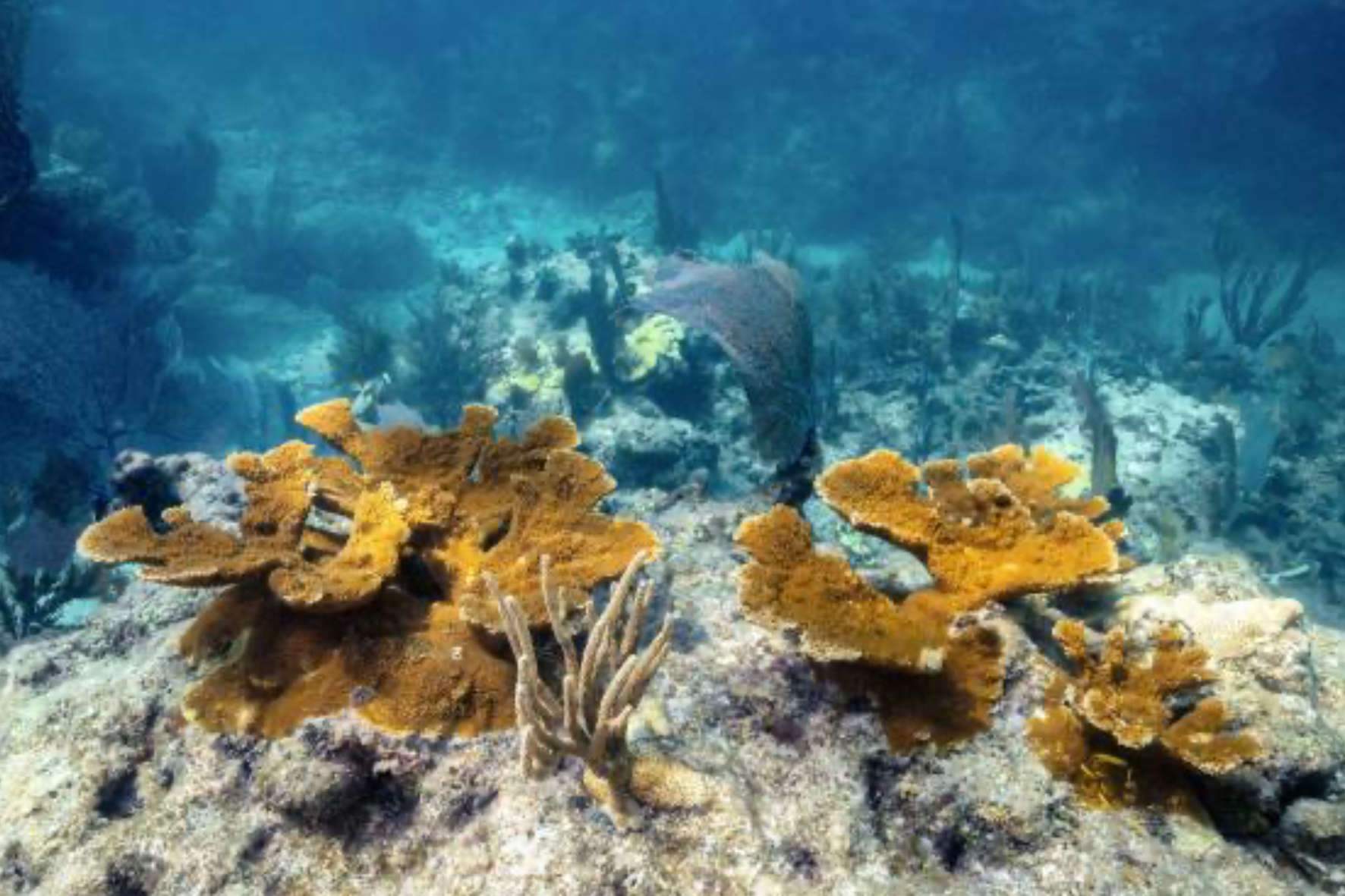 Later this year, Oris will introduce a steel version of the Carysfort Reef Limited Edition, also in support of the foundation’s work. 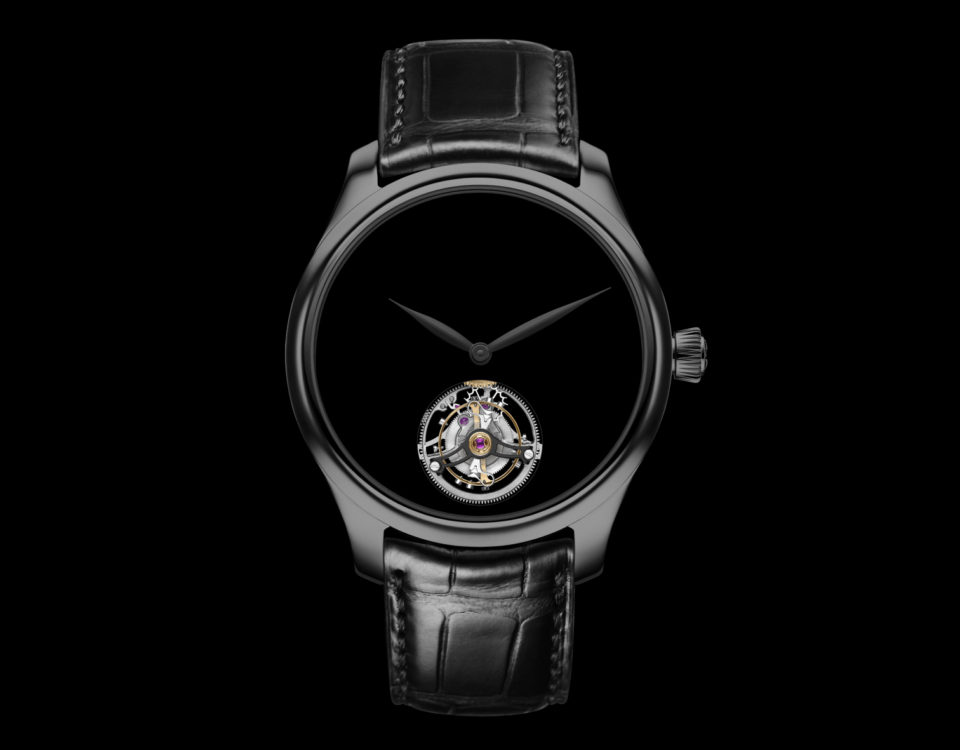 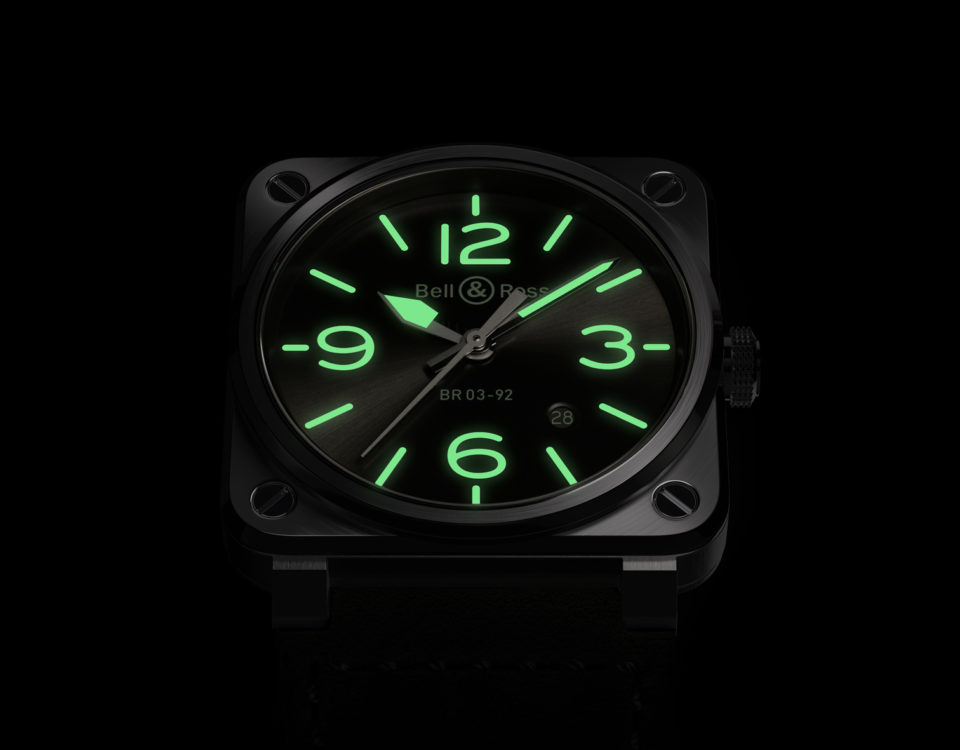 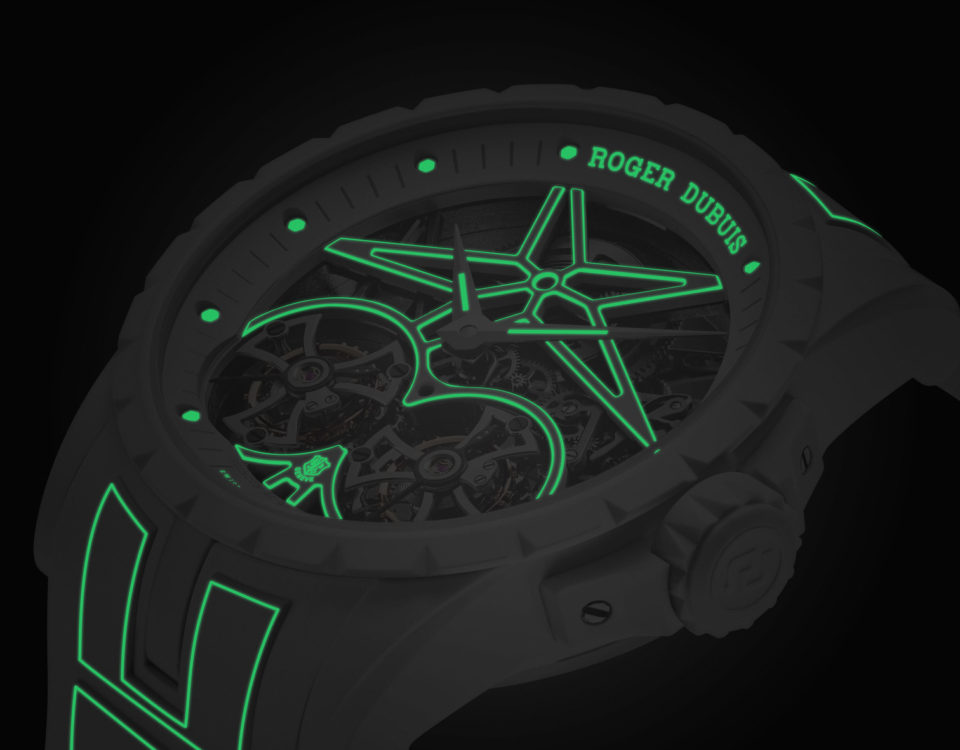 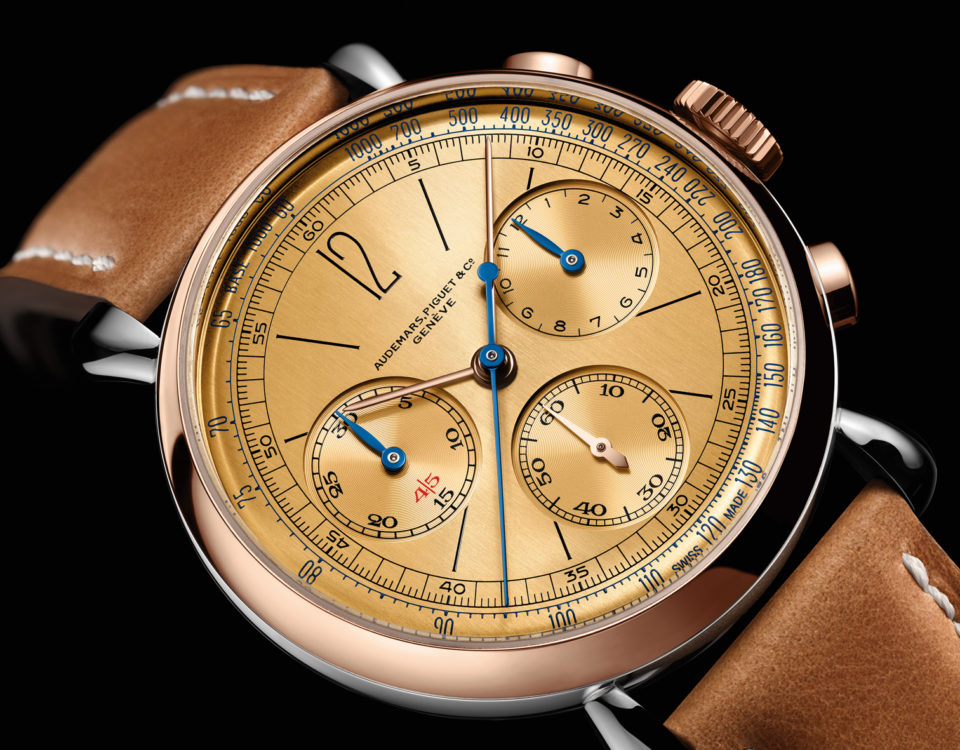 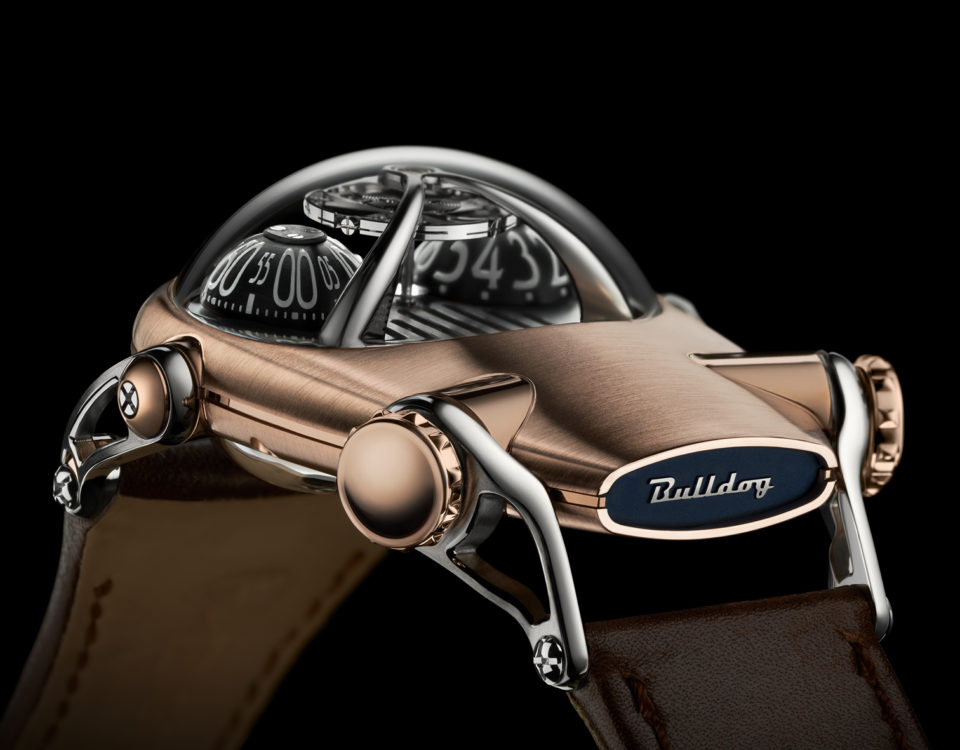 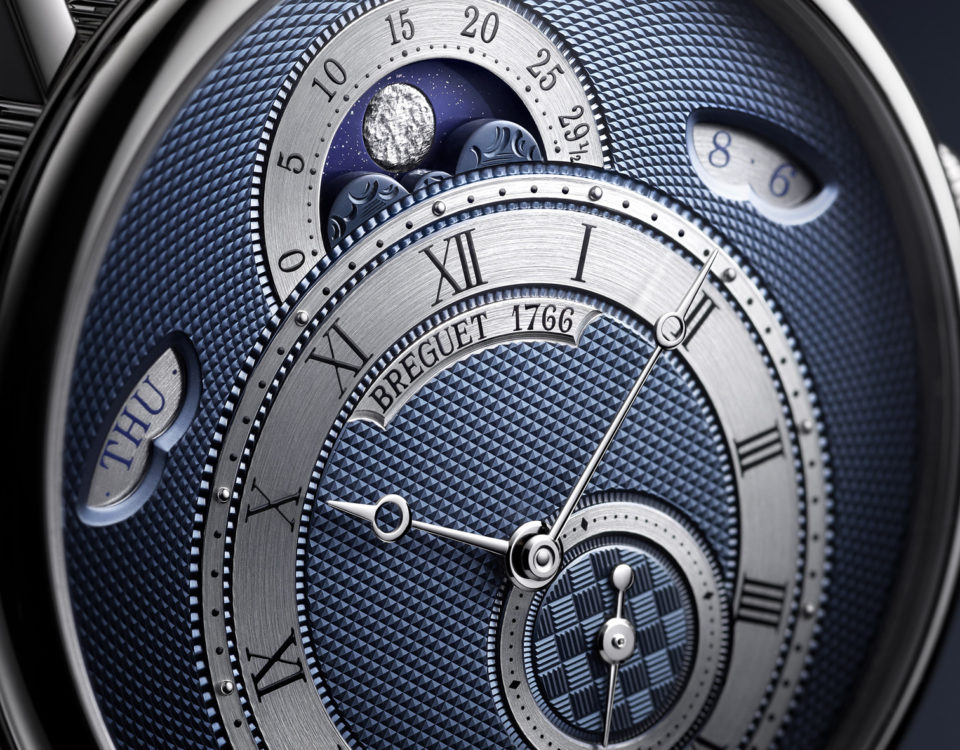 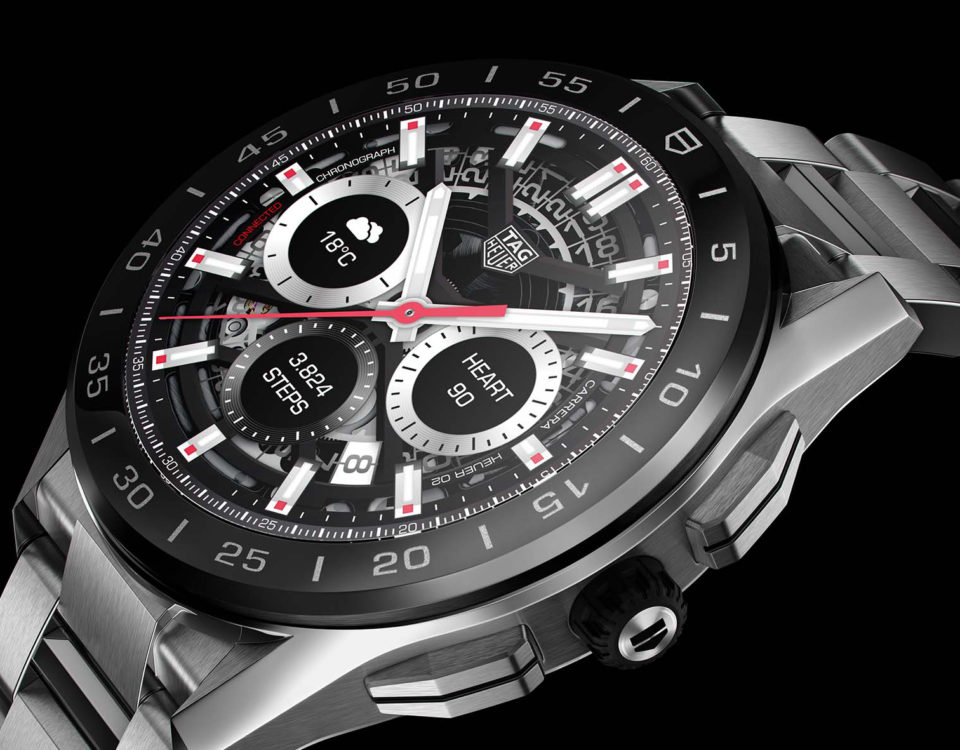