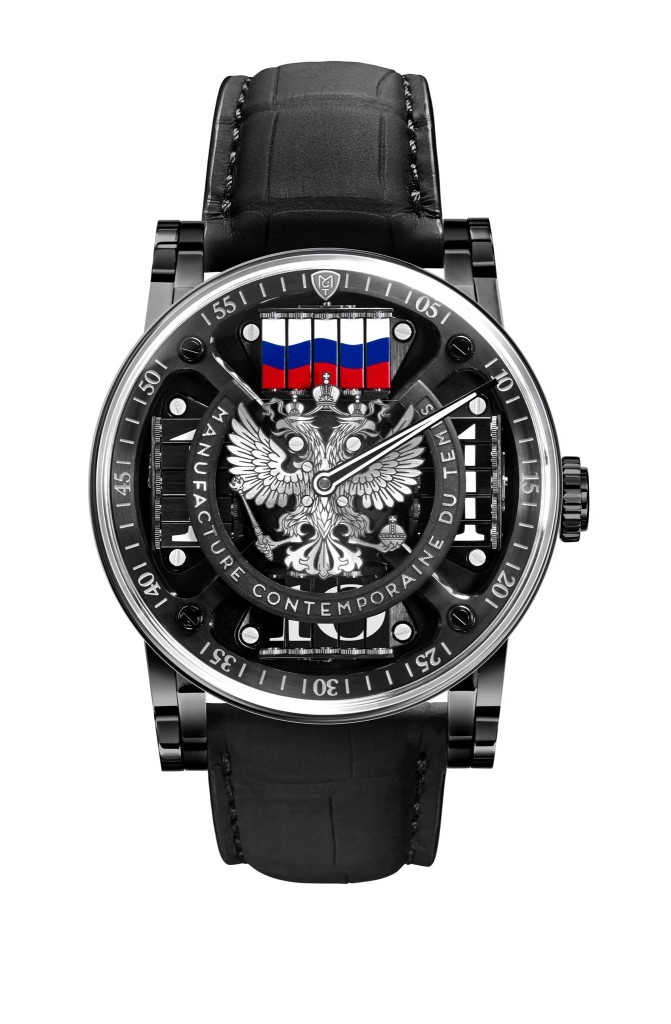 Proudly ensconced at the centre of the model, the double-headed eagle captures the gaze with its refined execution and its rotating movement accompanying each change of hour. The eagle is in aluminium, to ensure maximum lightness.

The other unique feature of the Sequential Two – S200 Eagle is the Russian flag that appears for a full hour twice a day, at noon and midnight. The three-coloured flag is harmoniously integrated within the mysterious dance of the brand’s iconic prisms. 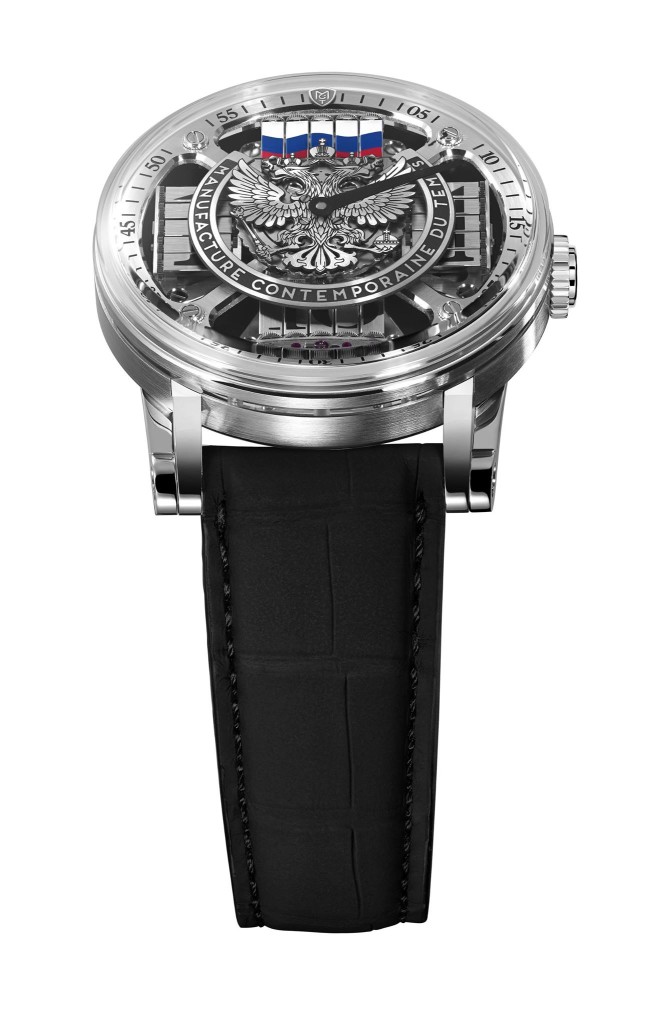 This exclusive timepiece, entirely developed and crafted in the MCT watchmaking workshops, and produced in limited edition – comprising seven watches in white gold and three in black DLC-treated gold – is available now exclusively from Rich Time in Moscow.

Symbolising the unification of Russian territory, the two-headed eagle originated in the Byzantine empire, which was a Eurasian power. The majestic bird looks both to the East and the West, thereby reinforcing the domination of these two regions.