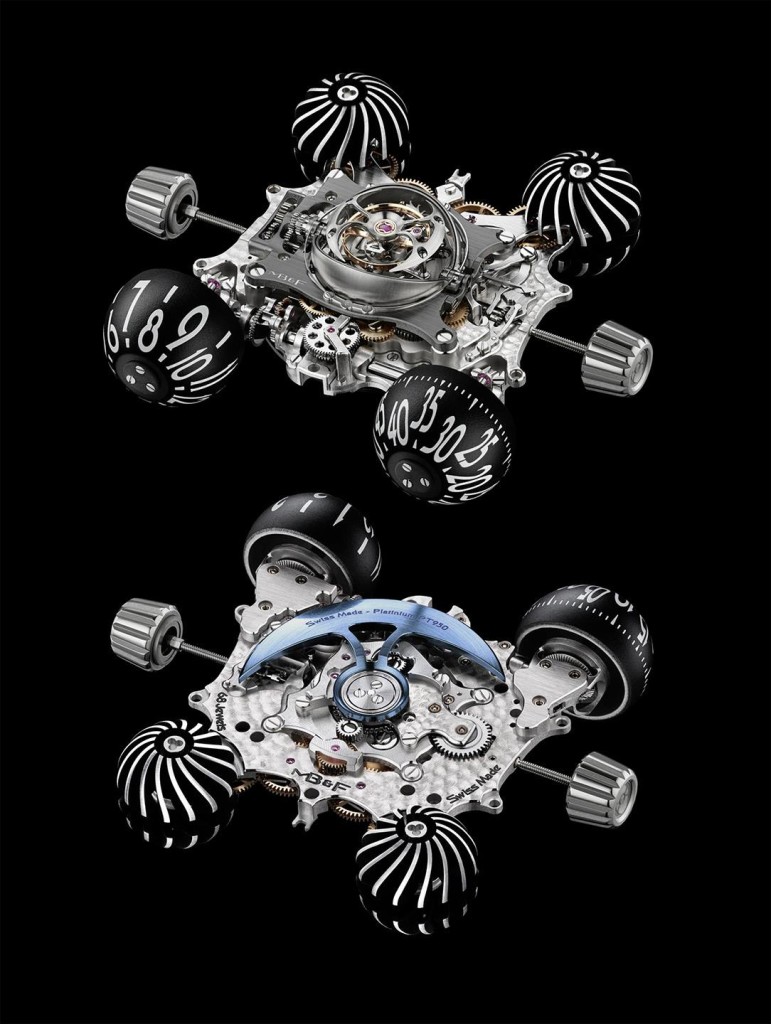 “I always thought that the most beautiful part of HM6 was its movement, and that it was a shame not to show it. But it was only recently that the technology of machining sapphire crystal allowed us to create such a complex case,” explains MB&F founder Maximilian Büsser.

The metal case band is distinguished by horizontal lines reminiscent of the American Greyhound “Streamliner” buses of the 1950s and ’60s, which grew out of a late Art Deco style known as Streamline Moderne. The sandwich construction is punctuated and highlighted by the vividly coloured stripes of the water-resistance seals. 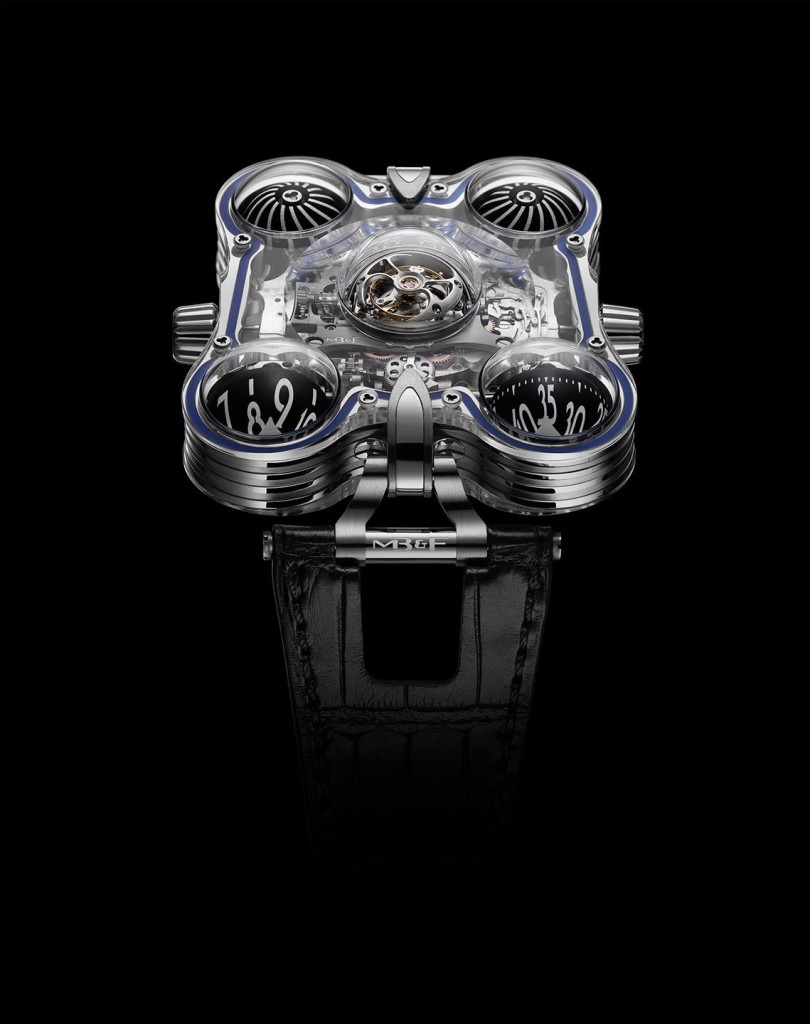 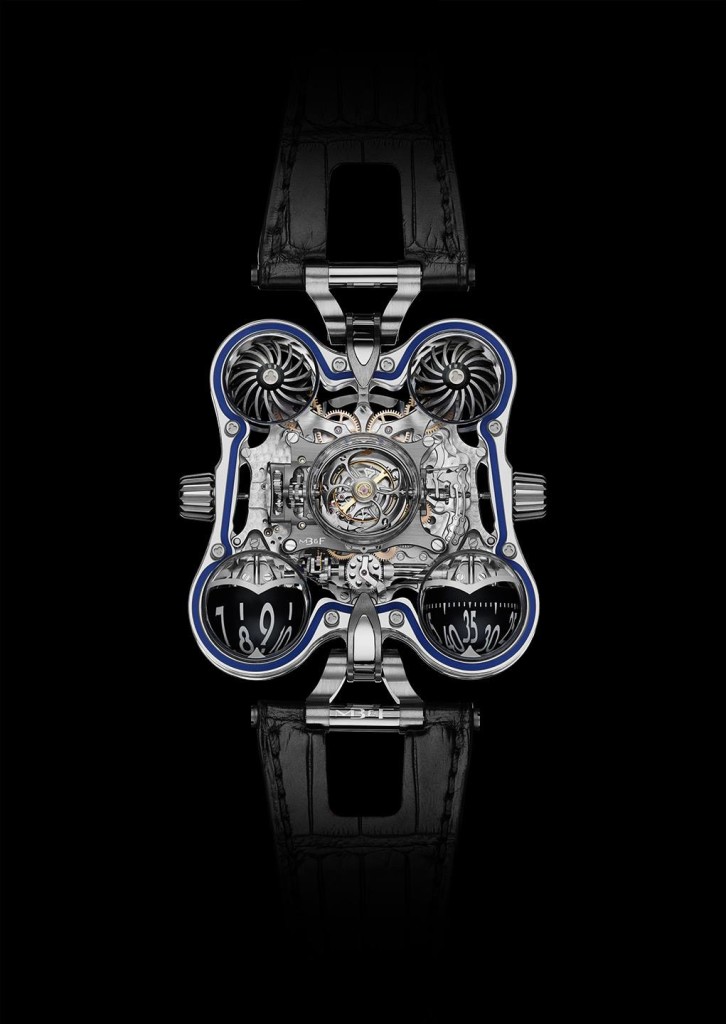 A central dome houses a 60-second flying tourbillon, the precision regulator of the HM6 Engine. However, high-precision regulators are especially sensitive to changes in oil viscosity, and ultra violet radiation gradually breaks down lubricating oils. This is why HM6 features a retractable, semi-spherical, titanium protective shield; when closed, it blocks harmful radiation from prematurely oxidising the lubrication oils in the regulator. A crown at 9 o’clock opens and closes the cover in – and like – the blink of an eye. 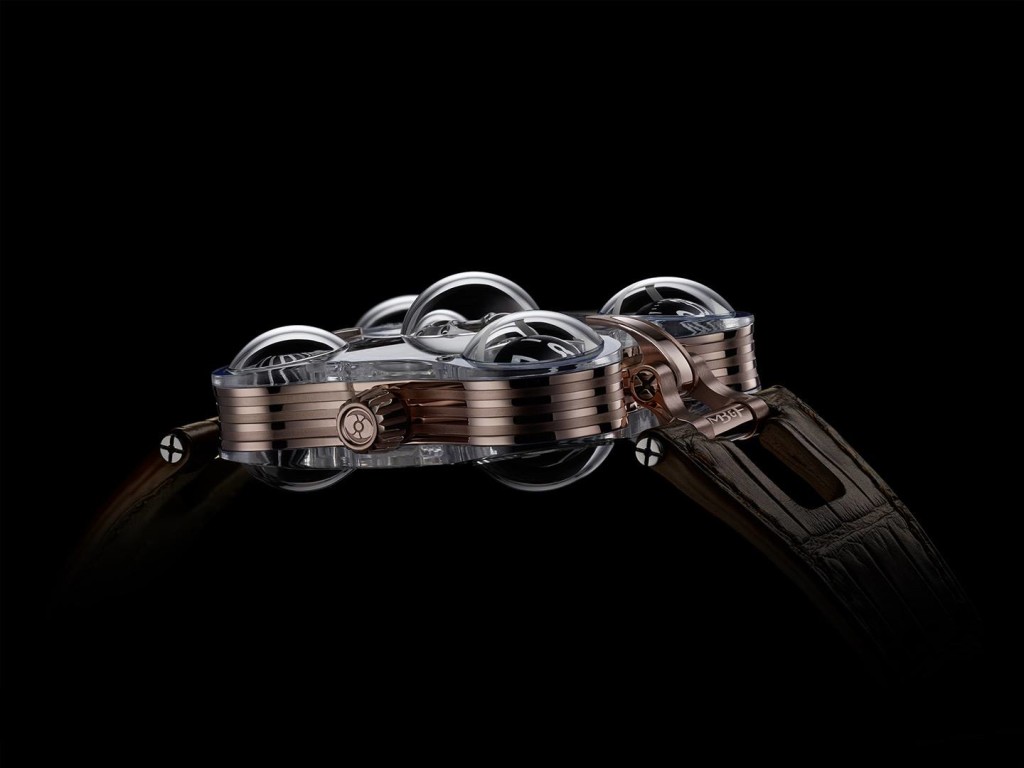 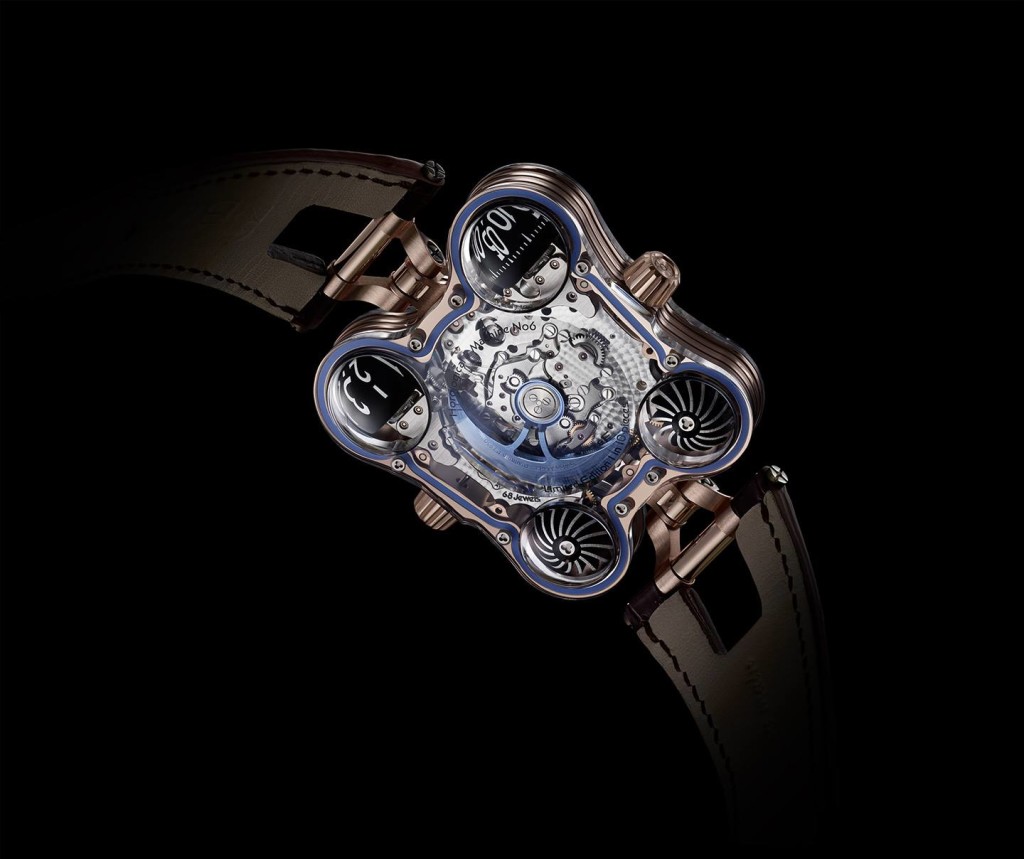 The nine sapphire crystal domes – five on top and four underneath – are carefully fastened to the transparent plates thanks to a special gluing process, achieved under vacuum in a high temperature oven. This offers maximal strength and water resistance.

As entrancing as its organically curved exterior case is, the real star of HM6 SV is its Engine, which doesn’t simply take centre stage but the whole auditorium. The 475 finely-finished components make up the highly complex movement, the result of more than three years’ worth of development.

There will only be 100 HM6 movements made in total.