Girard-Perregaux reinterprets one of its most iconic models… the WW.TC ! The 1966 collection welcomes the new World Wide Time Control.

Despite its sophistication, the new 1966 WW.TC “the first of the collection to combine the chronograph and world time functions” is amazingly user-friendly in terms of both legibility and handling. A rotating 24-hour disc surrounding the chapter ring features two black/white semi-circles to distinguish between day and night. Settings are performed via the two crowns at 9 and 3 o’clock: the first serves to position the reference city at noon; and the second to adjust the hours and minutes – with which the 24-hour disc is automatically synchronised.

Powered by a Manufacture automatic movement fitted with an additional module developed in-house, the 1966 WW.TC is endowed with a 46-hour power reserve. In a sign of its excellent finishing, this calibre enables the time and reference city to be set in both directions, a manoeuver that is prohibited on most movements. Finally, the perpetual sweep of the small seconds hand at 6 o’clock serves as a reliable operating indicator. 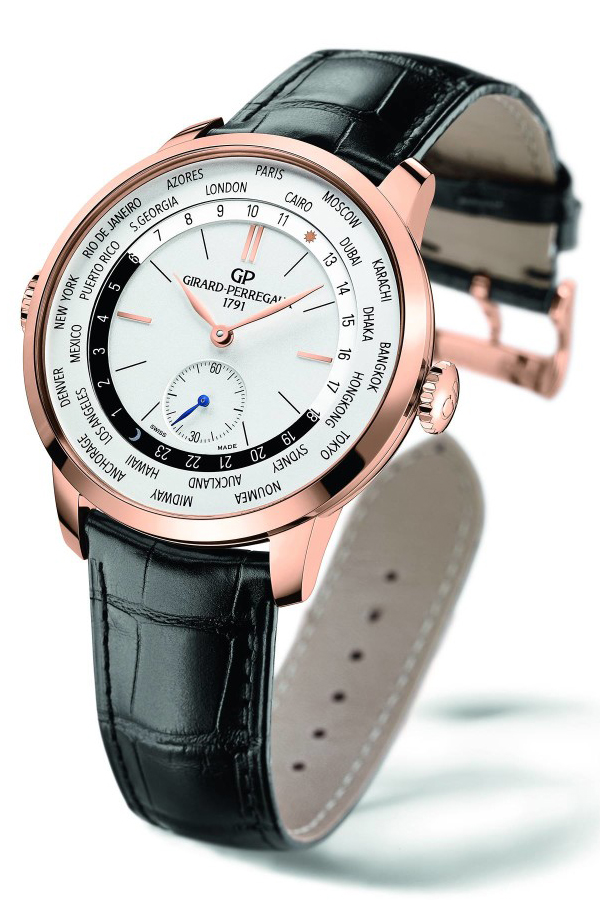 In tribute to a particularly important year for Girard-Perregaux “225 Anniversary”, the 1966 collection is distinguished by several distinctively elegant characteristics: the case is topped by a slim, polished bezel framing a opaline dial, protected by a sapphire crystal glass and swept over by the line’s signature “leaf-type” hands. The transparent case-back reveals a mechanism meticulously straight-grained, chamfered, circular-grained and adorned with Côtes de Genève.

The Girard-Perregaux 1966 ww.tc is available in two versions: one in pink gold with a black alligator leather strap; and the other in steel.

The high frequency challenge – from Zenith to Seiko and beyond