Maybe it is not known to all that the first tourbillon timepiece created by François-Paul Journe – one of the most celebrated and talented contemporary masters watchmakers – was a pocket watch. Produced in 1991 in a very limited edition, it became sought after right away by a few expert collectors. The first Tourbillon Souverain with remontoir d’égalité in wristwatch form, instead, was produced in 1999 in only 20 pieces who were acquired through subscription by as many collectors.

Today, to celebrate the 20th anniversary of this iconic timepiece, which is among the milestones of its production, F.P. Journe has developed a tourbillon whose cage is vertical, rather than the traditional horizontal cage. 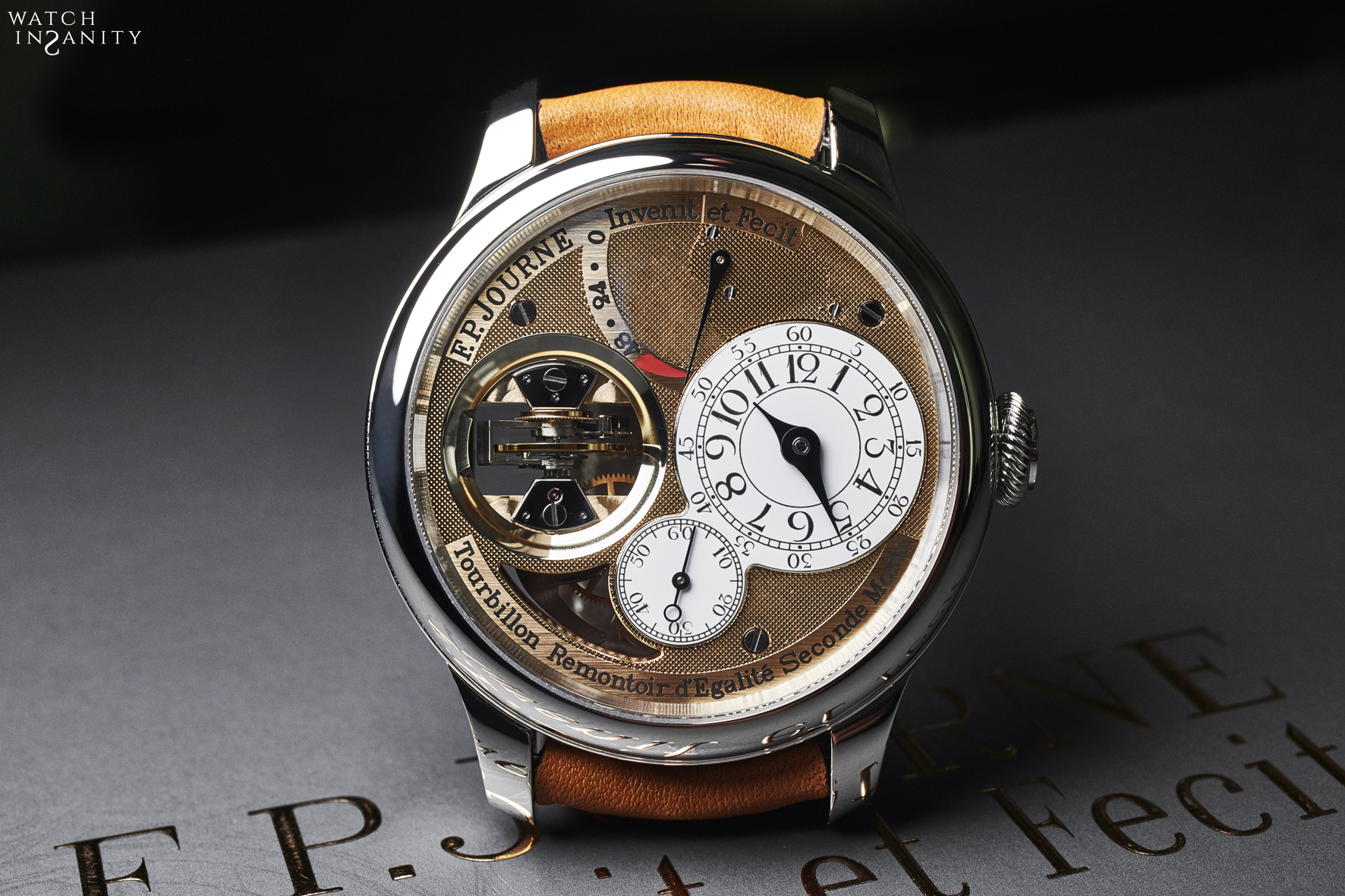 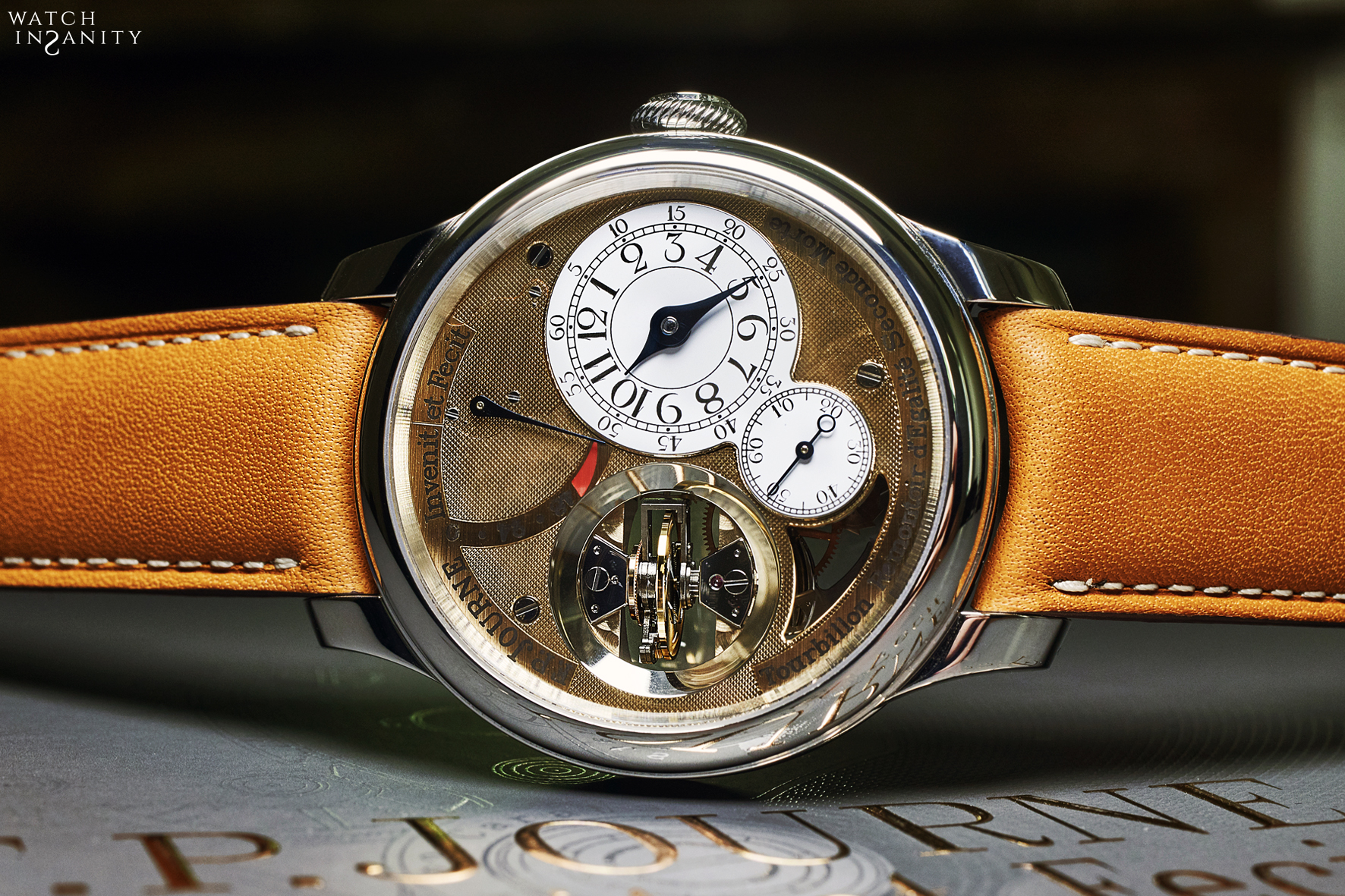 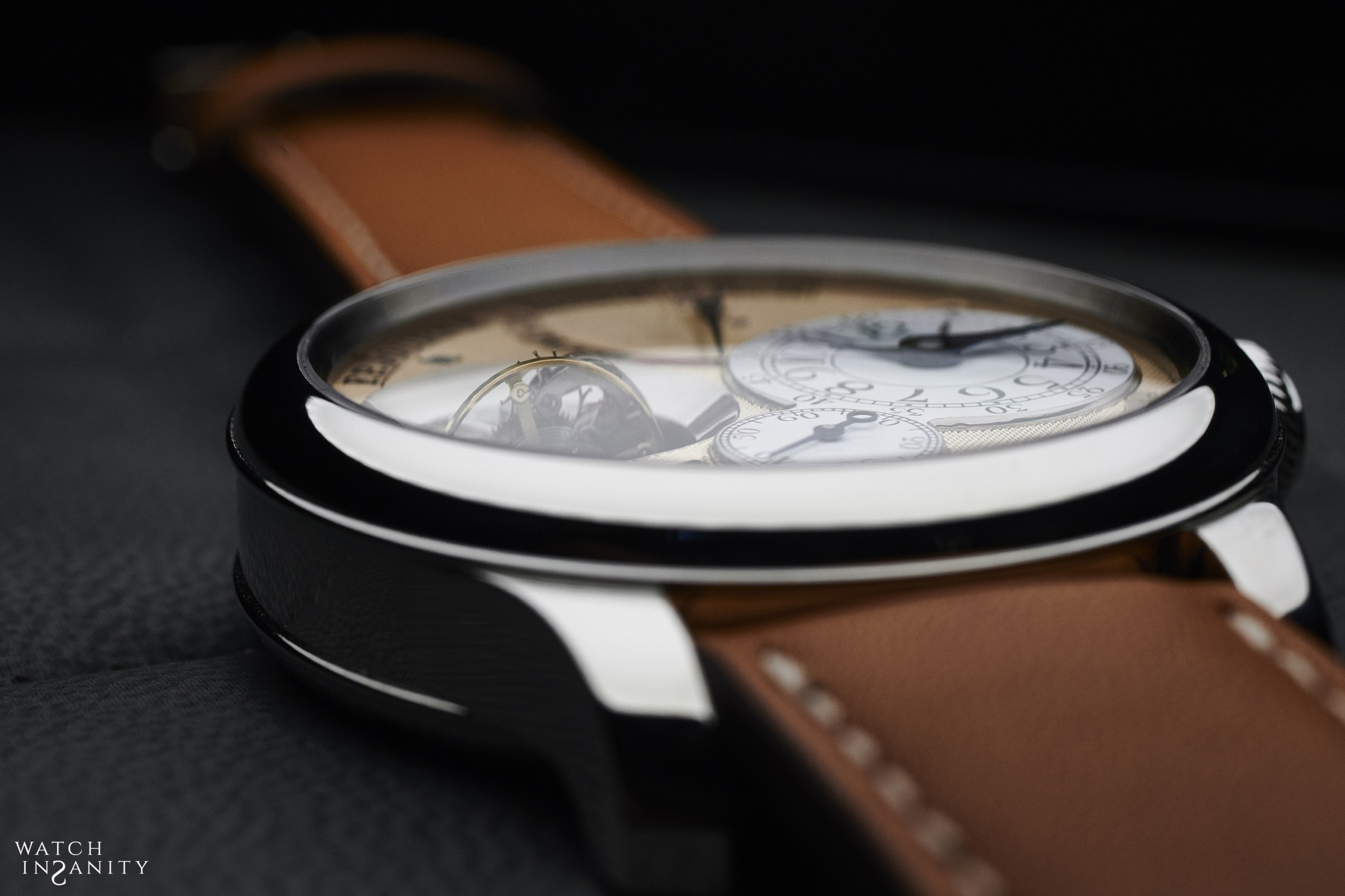 On this new model, the vertical tourbillon makes one revolution every 30 seconds, faster than the usual time of one minute – making the technical prowess even more visually astonishing. Around the vertical cage, a cone-shaped mirror-polished ring concentrates light, reflecting the tourbillon cage. Within the 42mm case, available in platinum or in 18k 6N gold, is enclosed the 4N rose gold movement, F.P. Journe’s trademark. The watchmaker was in fact the first to decide to produce all his haute-horlogerie movements in 18K rose gold, to give its creations an even more precious and eternal touch. 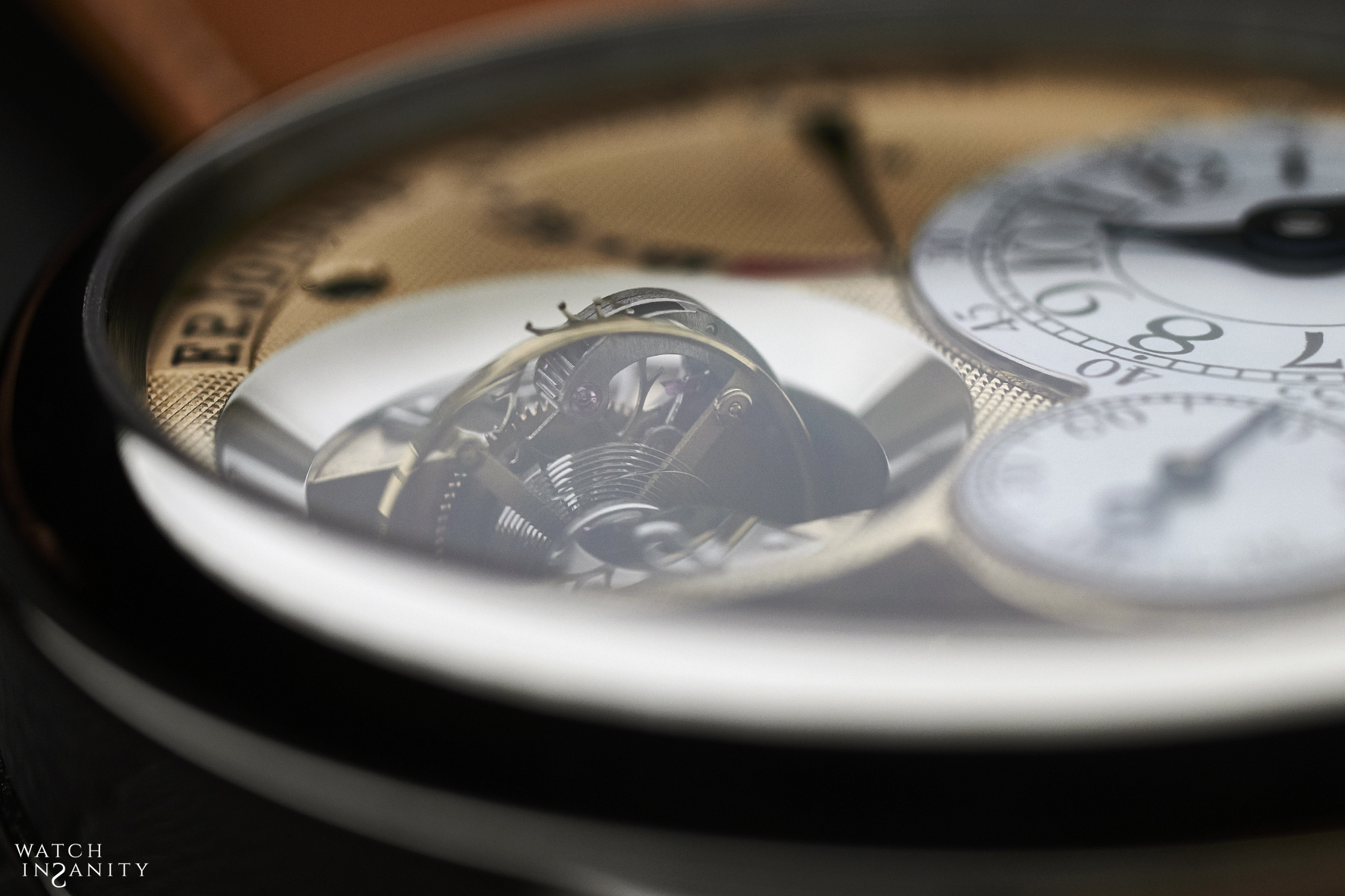 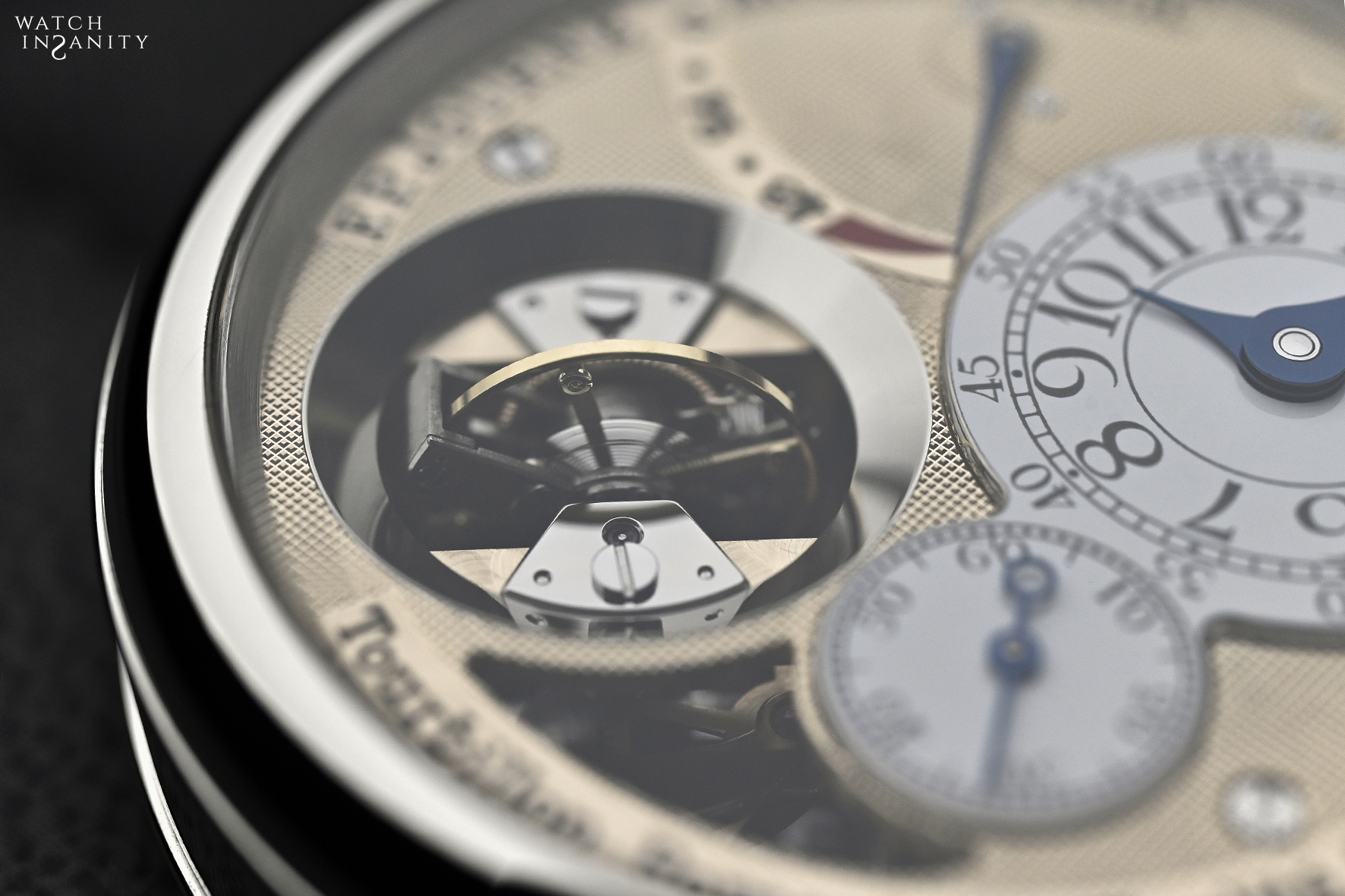 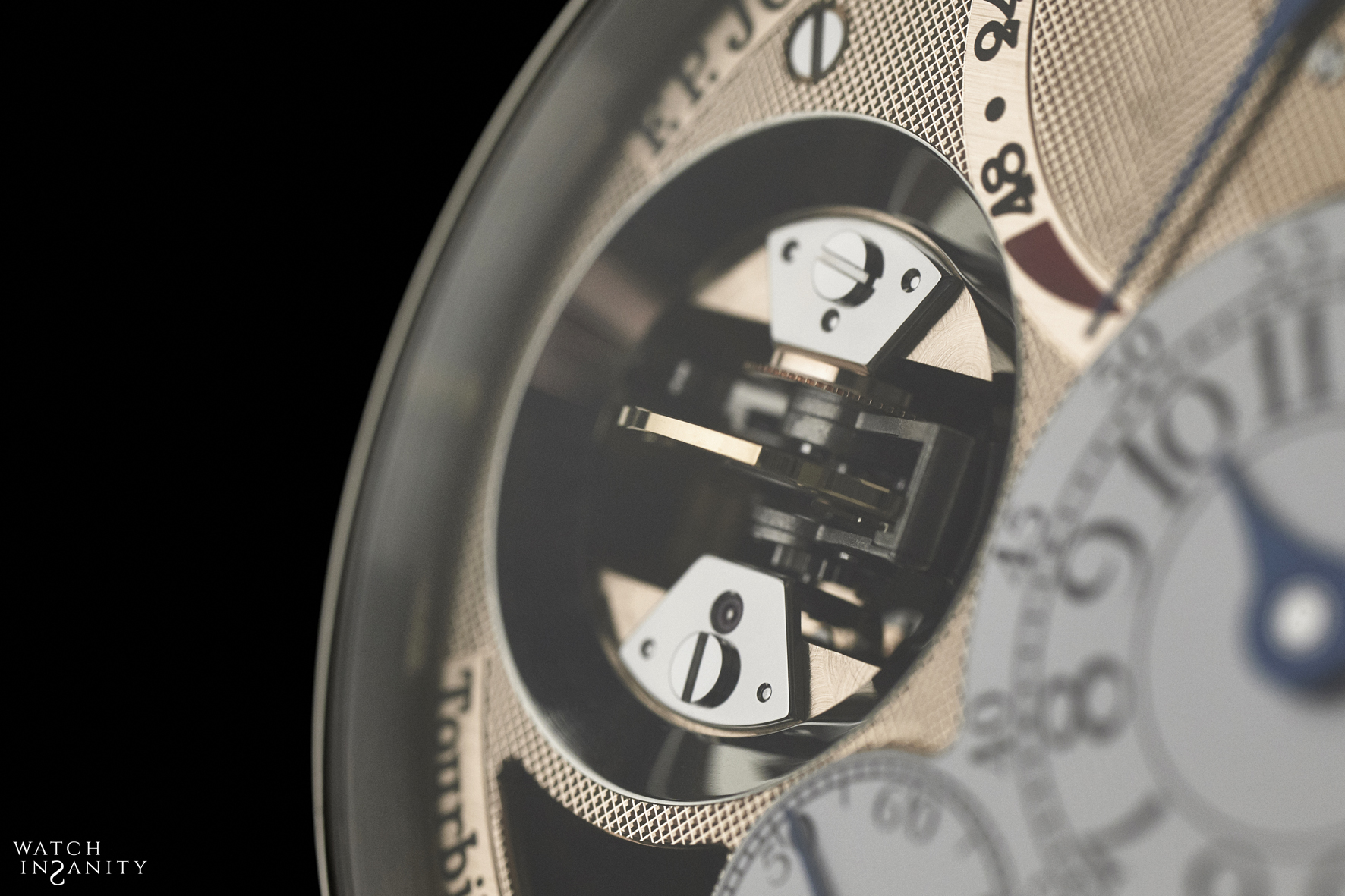 The Tourbillon Souverain’s rose gold bridges forming the dial feature a “Clous de Paris” decoration. For the very first time, the enamel hour dial is positioned at 3 o’clock, while the small seconds are featured at 6 o’clock, and the 80-hour power reserve is at 12 o’clock. Furthermore, the Tourbillon Souverain with vertical cage includes two haute-horlogerie mechanisms introduced by F.P. Journe: remontoir d’égalité, placed at 7 o’clock, and natural deadbeat second. This feature was added in 2003 to a new generation of Tourbillon Souverain. The constant force device, as Journe himself declares, has very old roots: 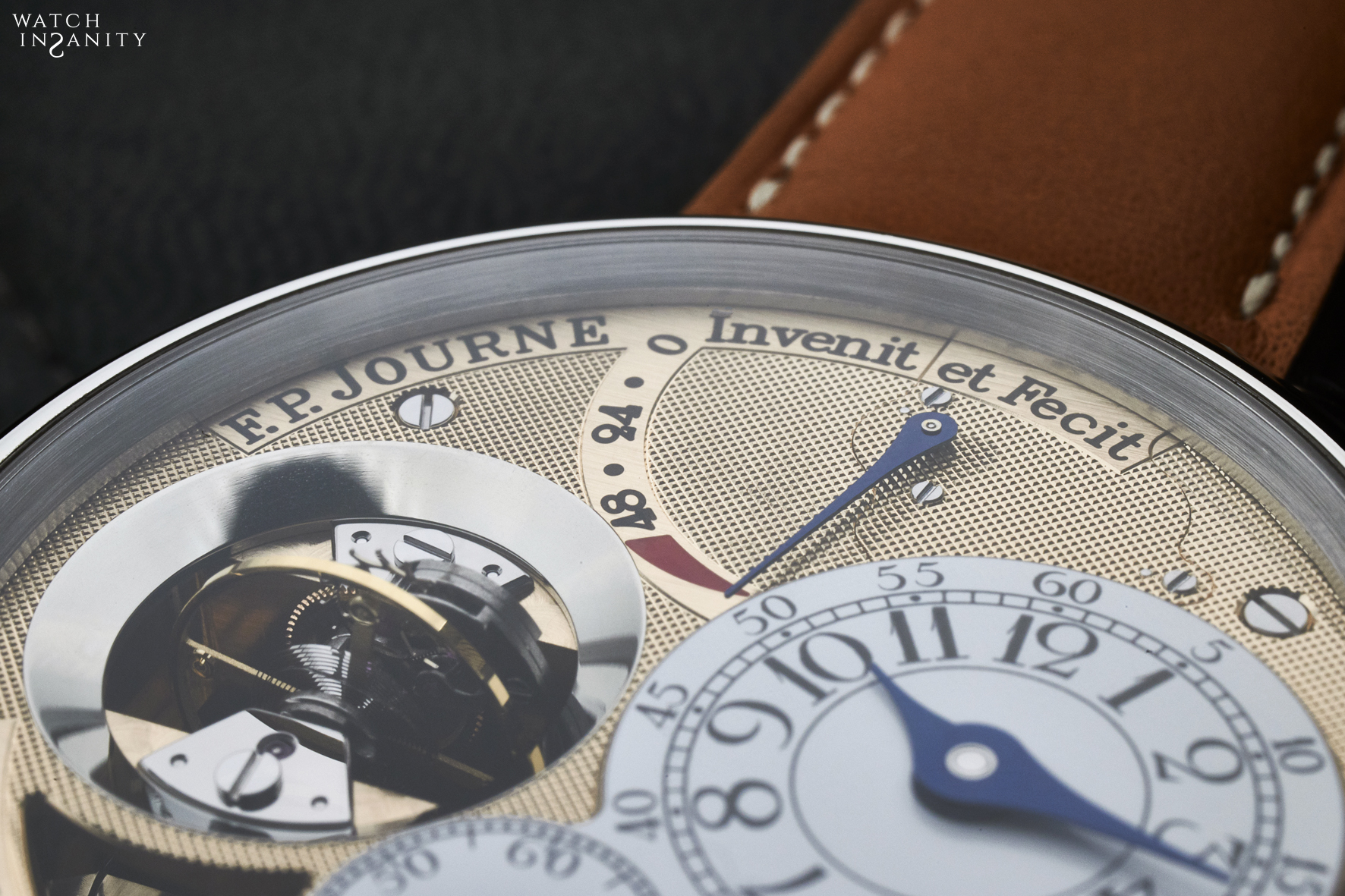 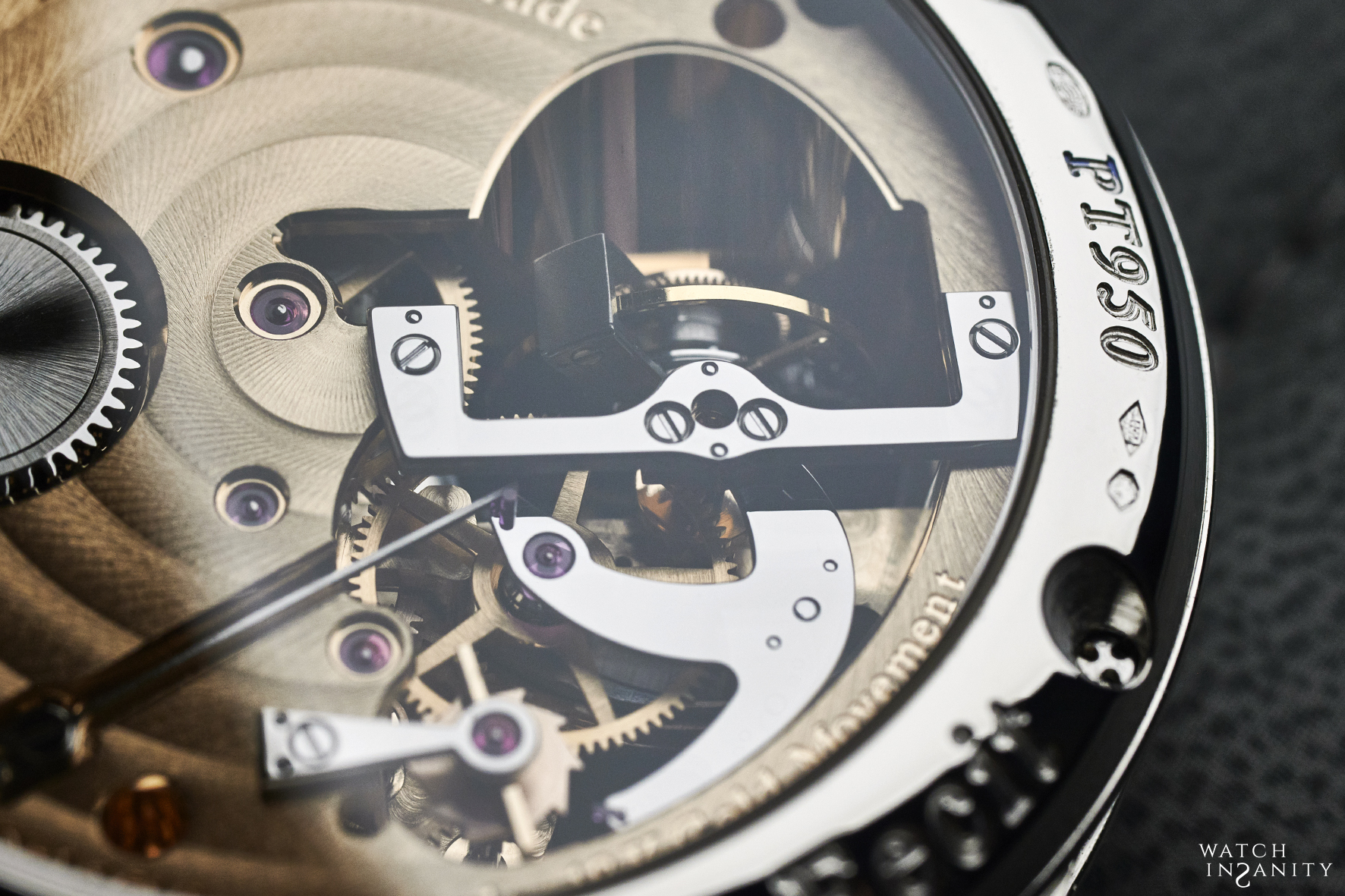 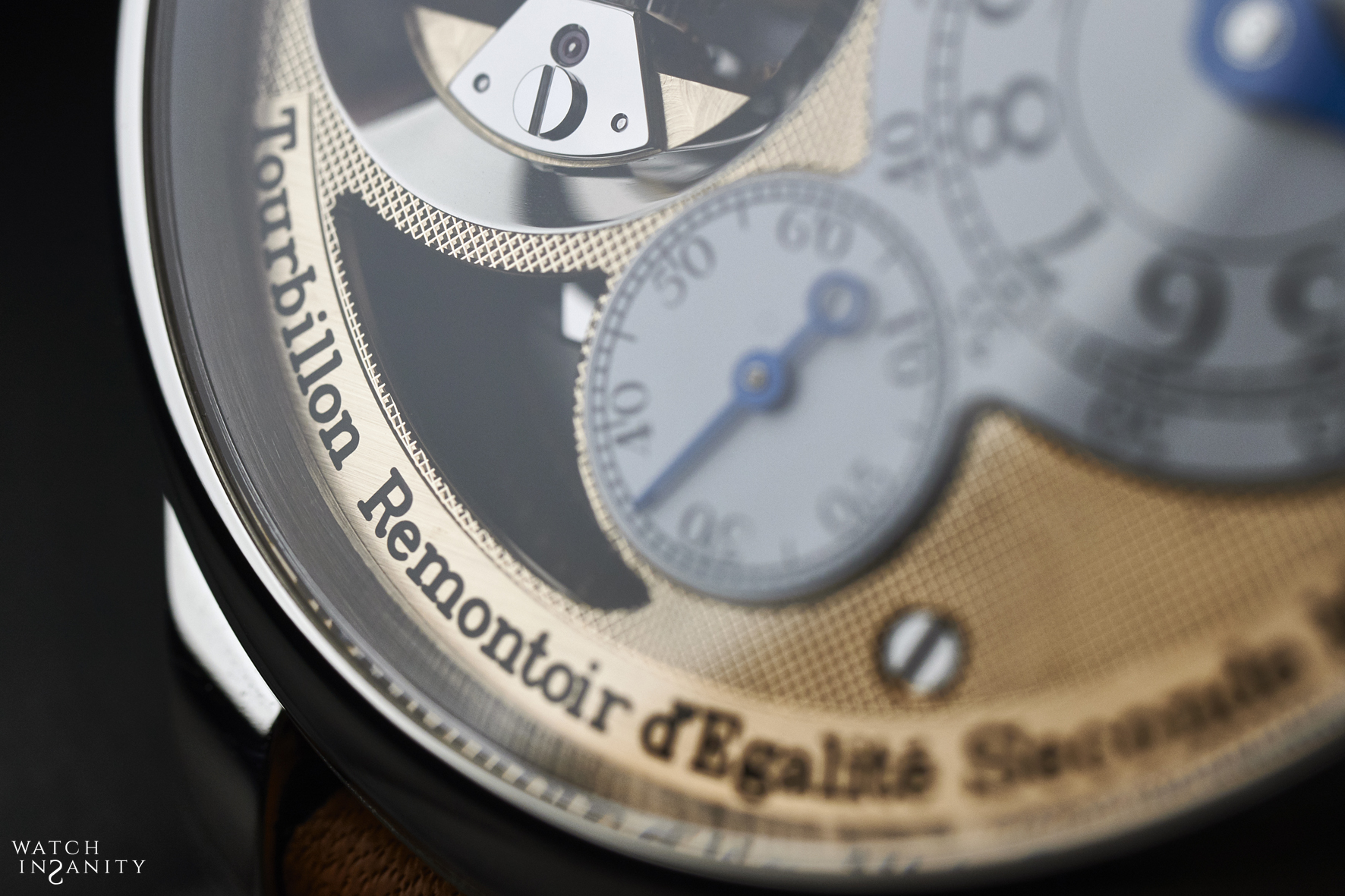 Since ancient times, mankind has always tried to measure time, dividing it in equal fractions and inventing the concept of isochronism! It is only with the first mechanical clocks that the experts started to search for a way to balance the force of the escapement.”

It was 15th-century watchmaker Jost Bürgi who created the first device with remontoire, or constant force. 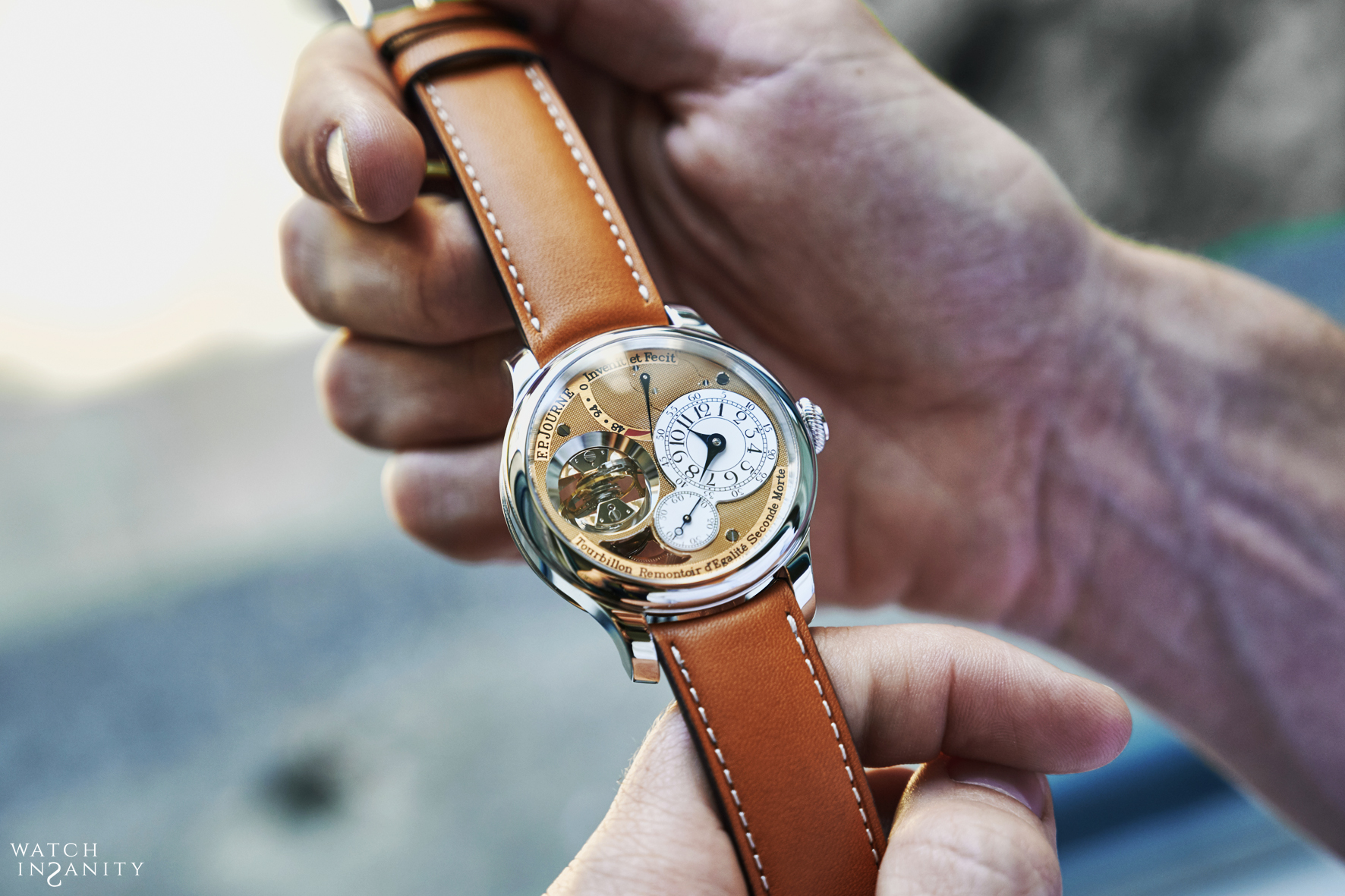 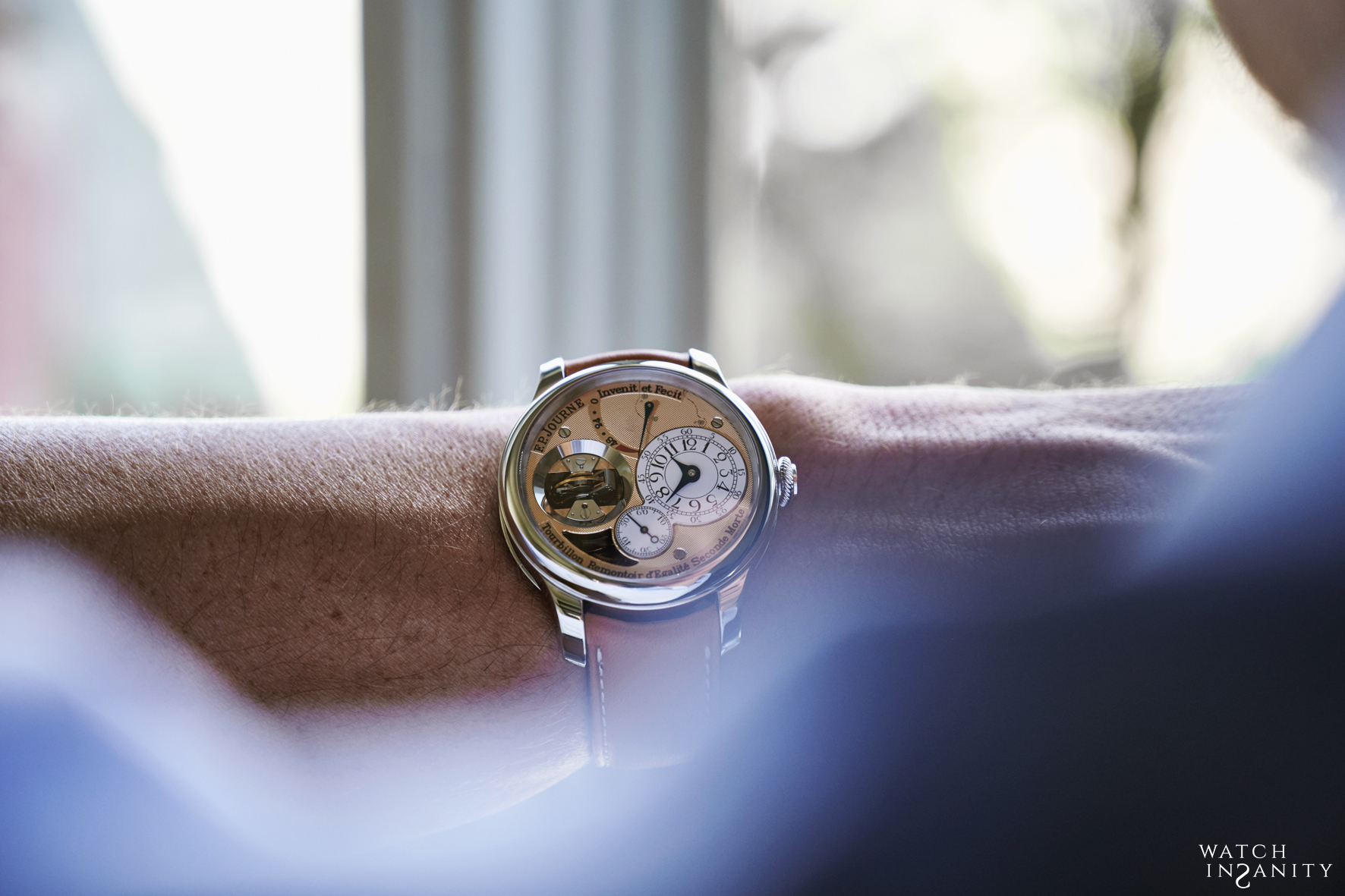 “However, making constant-force devices was complex and quite boring, adds Journe, and it was almost abandoned during the 20th century – except for very few exceptions. English watchmaker Georges Daniels used it in a pocket watch with tourbillon; a contemporary of his, Anthony Randall, included it in a table clock based on John Harrison’s H.4 principle; and I myself embeded it in three pocket watches with tourbillon – the so-called ‘sympathetic’ watches – and most recently, for the first time, in a wristwatch, with the first model of the F.P. Journe collection Invenit et Fecit:the Tourbillon Souverain. What’s fascinating with the watch’s constant-force principle is that every watchmaker who decided to make one has his own, personal interpretation of it: only the basic idea remains the same.” 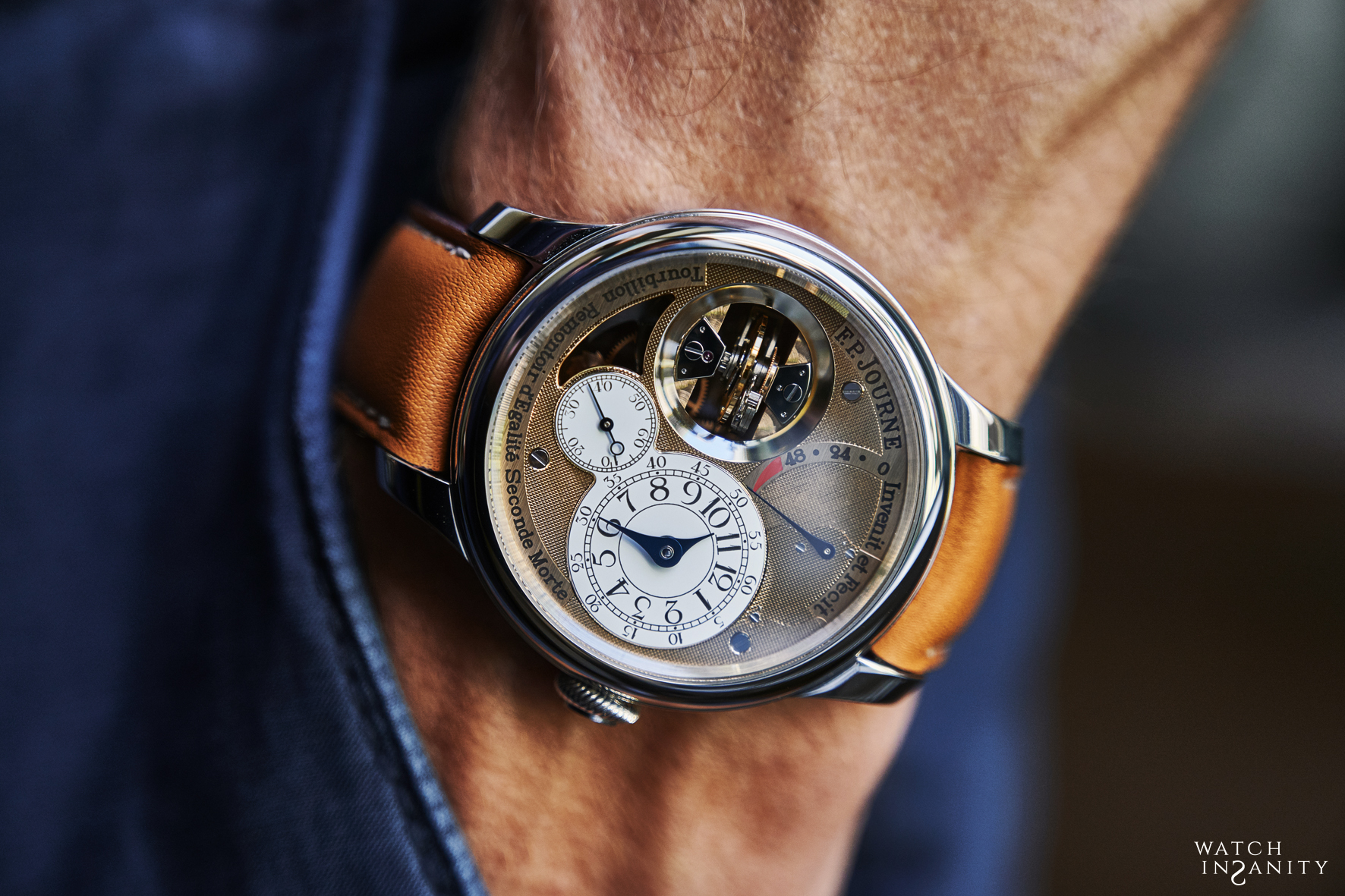