The success of the Astronomic Souveraine, the most recent creation of the F.P. Journe universe, has somehow already been announced. The prototype of the model, the Astronomic Blue, was in fact auctioned off at Only Watch last November for 1.9 million Swiss francs. Today, in the brand’s first flagship boutique in Tokyo, Japan, the master watchmaker has officially introduced the final model that will continuously be produced (limited to a few pieces per year). The Astronomic Souveraine is a ‘grand complication’ watch with a steel case measuring 44mm – diameter – and 13.8mm – thickness. Made of 758 components and inspired by the observation and contemplation of the stars, it counts 18 functions and complications, including tourbillon and minute repeater. 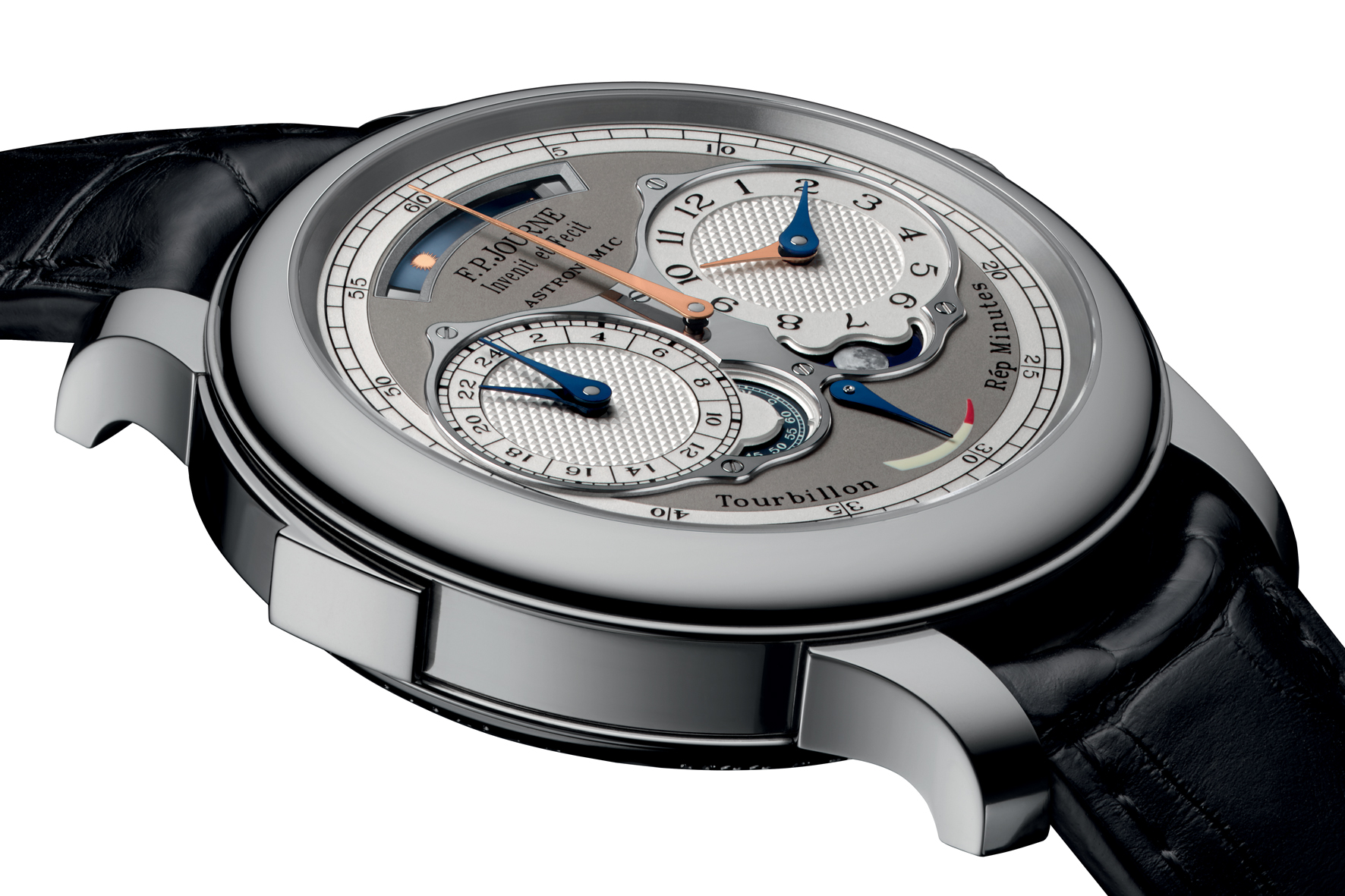 A family story gave birth to the project. François-Paul Journe tells us that he found a sketch, made by his son Charles fifteen years ago crumpled up behind the wastepaper bin. Having drawn the sketch almost without thinking, on second thought the young man decided it was not appropriate: ” And yet… On the dial, there was a curved aperture for the path of the sun. It was a good idea. But what could be done with it? A self- winding watch? Why not? As long as there were not too many additional complications”. 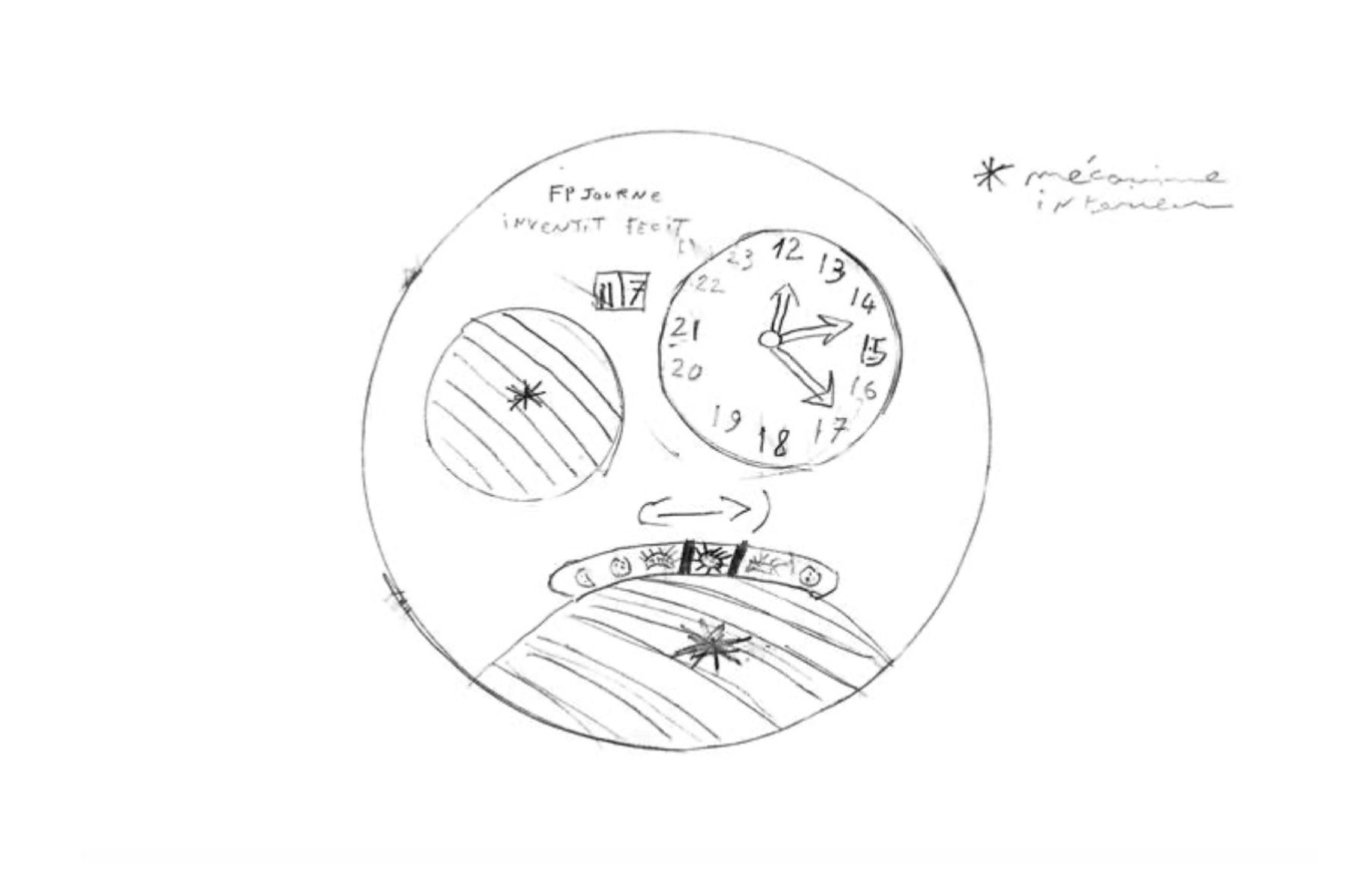 That’s how Journe began his six-year research and development to create the new watch, a hand-wound caliber with a double barrel and tourbillon with a remontoir d’égalité that ensure the delivery of enough energy to power all 18 functions and guarantee perfect isochronism.

Further inspiration came from a pocket model with planetarium made in 1987 for a collector of scientific objects. That unique tourbillon watch indicated mean time and sidereal time, as well as the equation of time, a full calendar, and the power reserve. 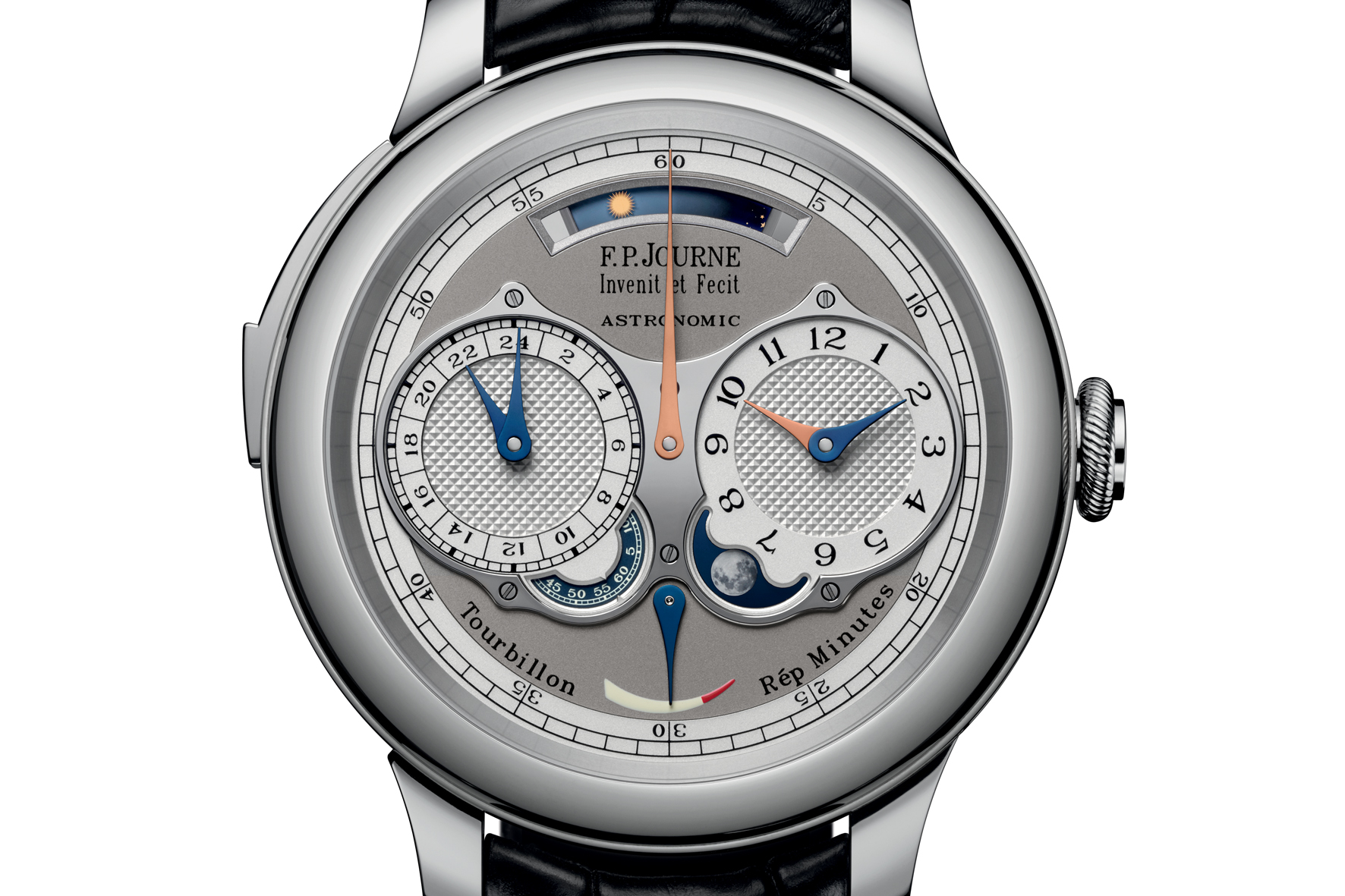 The new Astronomic Souveraine is therefore driven by a new movement 1619, made of 18-carat rose gold – like all the movements of the maison – and finely decorated. The dial is in white gold, the sub-dials are embellished with clou de Paris decoration, and the moon phases feature a hyper-realistic moon that was traced from a NASA photograph. At 3 o’clock, there is the mean time (or civil time) dial, with a blue hand indicating a second time zone. At 9, there is the sidereal time dial, which allows the observation of the stars. Next to it, the mean time seconds are shown on a disc. Between the two are the central minutes and the power reserve indication up to 40 hours. At 12 o’clock, a blue aperture indicates sunrise and sunset. The back of the watch houses the equation of time and a full annual calendar encircled by the signs of the zodiac, as well as the tourbillon. 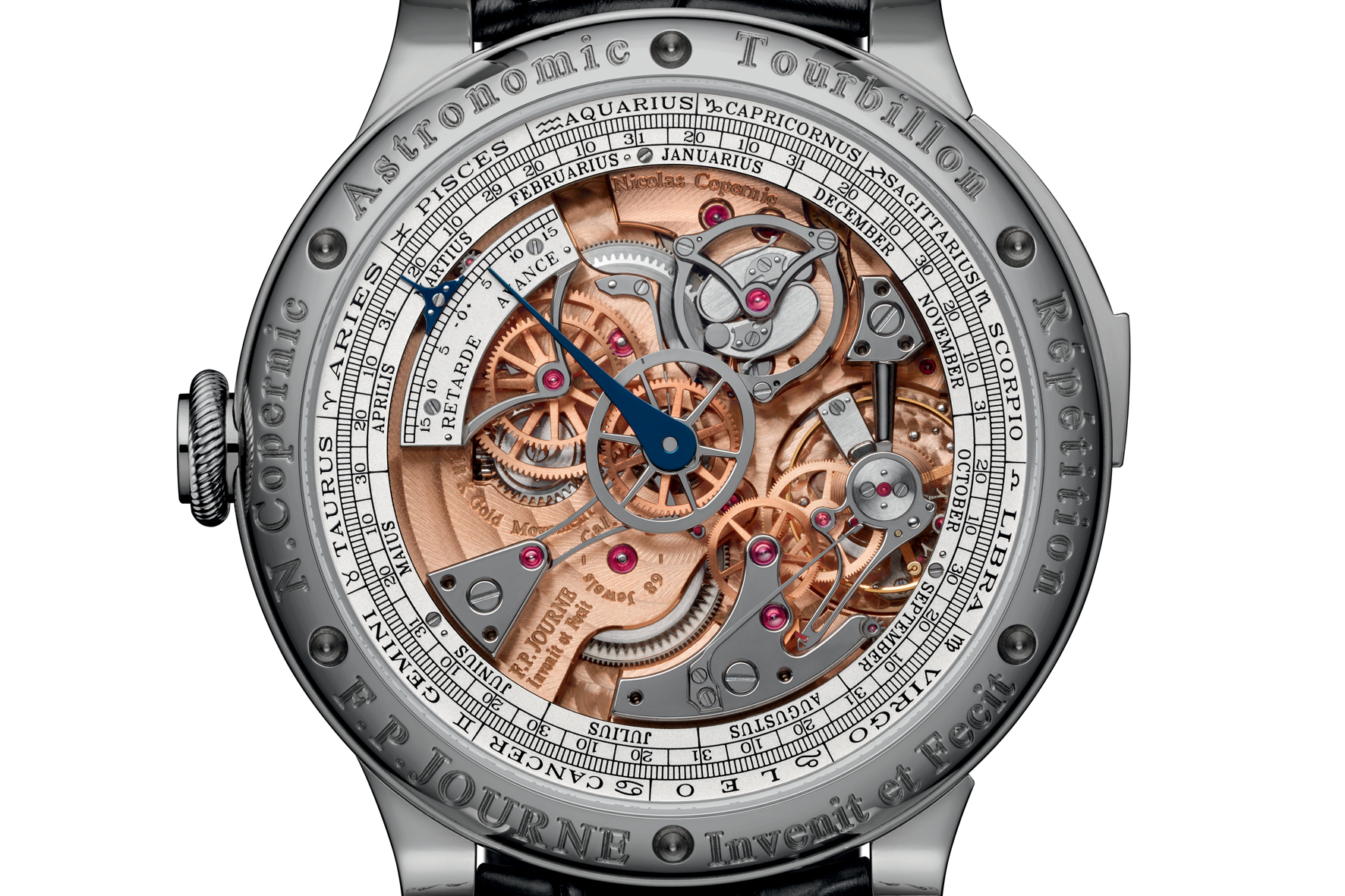 The Astronomic Souveraine is on sale for 889,000 Swiss francs and will be produced in a few pieces per year designated to enthusiasts and collectors of the brand from all over the world.