Just like its big brothers LM1, LM2 and LM Perpetual, this platinum edition is instantly recognisable thanks to its striking blue face. The Legacy Machine 101 Platinum retains the flying balance wheel and stretched lacquer sub-dials which have become trademarks of the Legacy Machine line. Inside the 40mm case, crafted in polished and satin-finished platinum 950, ticks our own LM101 calibre – entirely conceived in-house, with aesthetic supervision by our Friend Kari Voutilainen. 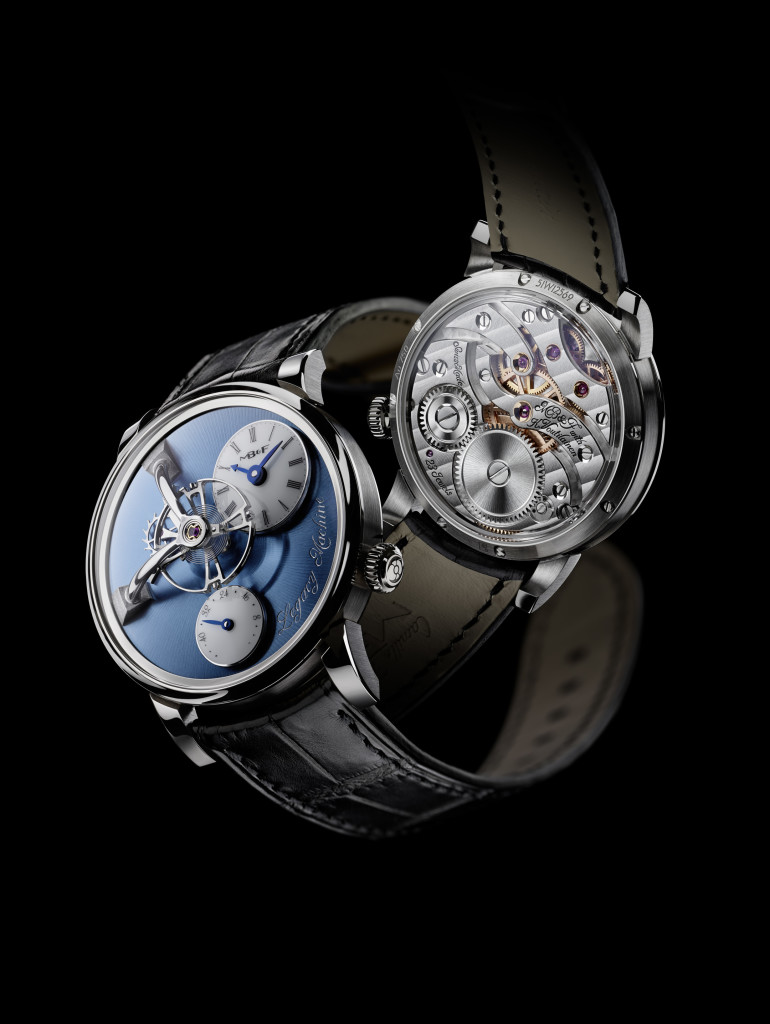 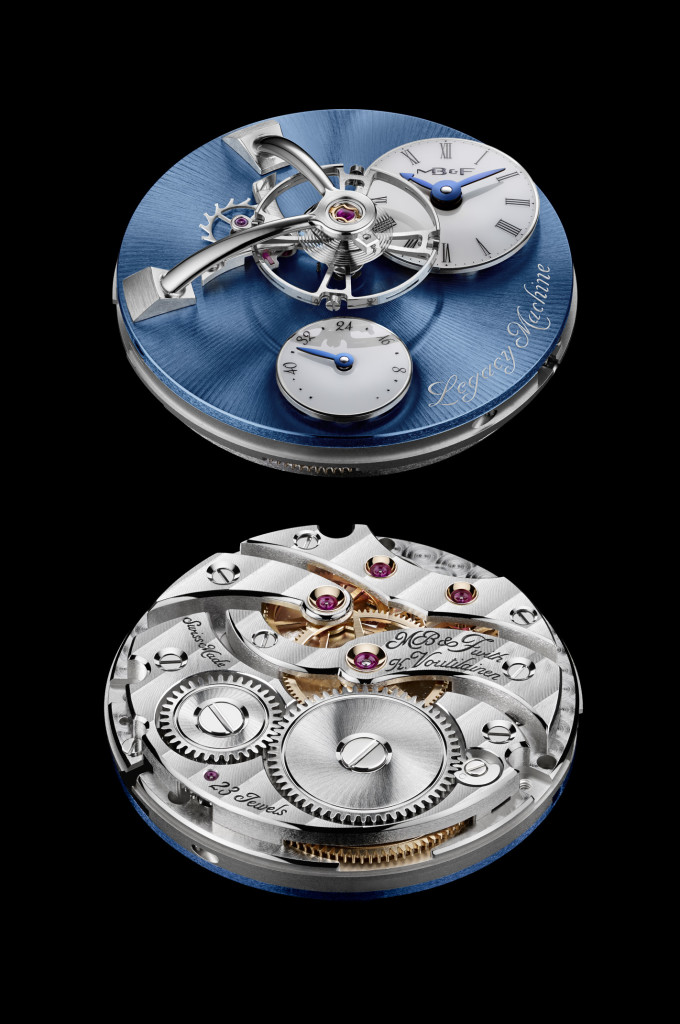 Visually, LM101 is dominated by the monumental suspended balance wheel, its sedate oscillations drawing the eye ever closer. Two pristine-white subdials hover just above the fine sunray-engraved movement top plate: At the top right, highly legible hours and minutes are displayed by beautiful blued-gold hands contrasting against the immaculate white, while the 45-hour power reserve indicator is displayed in a smaller, but similar subdial below.

In an apparent feat of magic, the sapphire crystal protecting the dial appears to be invisible; creating the illusion that you can reach out and touch the prodigious balance wheel hanging mesmerisingly from elegant twin arches. The arches are milled from a solid block of metal and require more than five hours of hand polishing to achieve their mirror-like lustre. 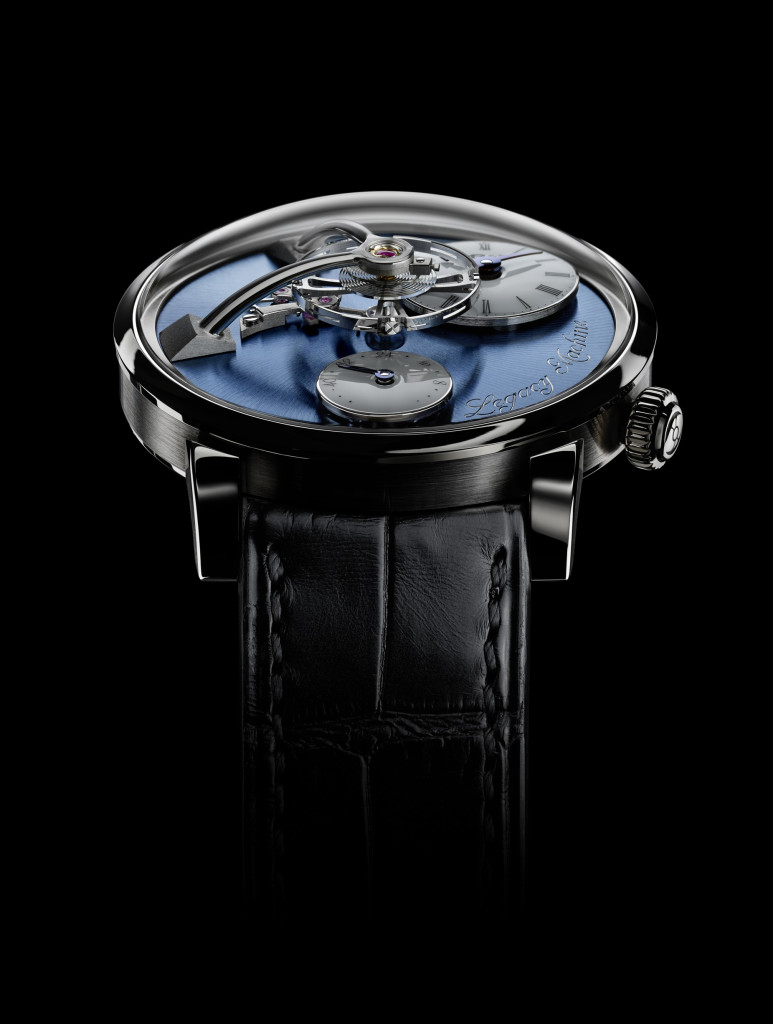 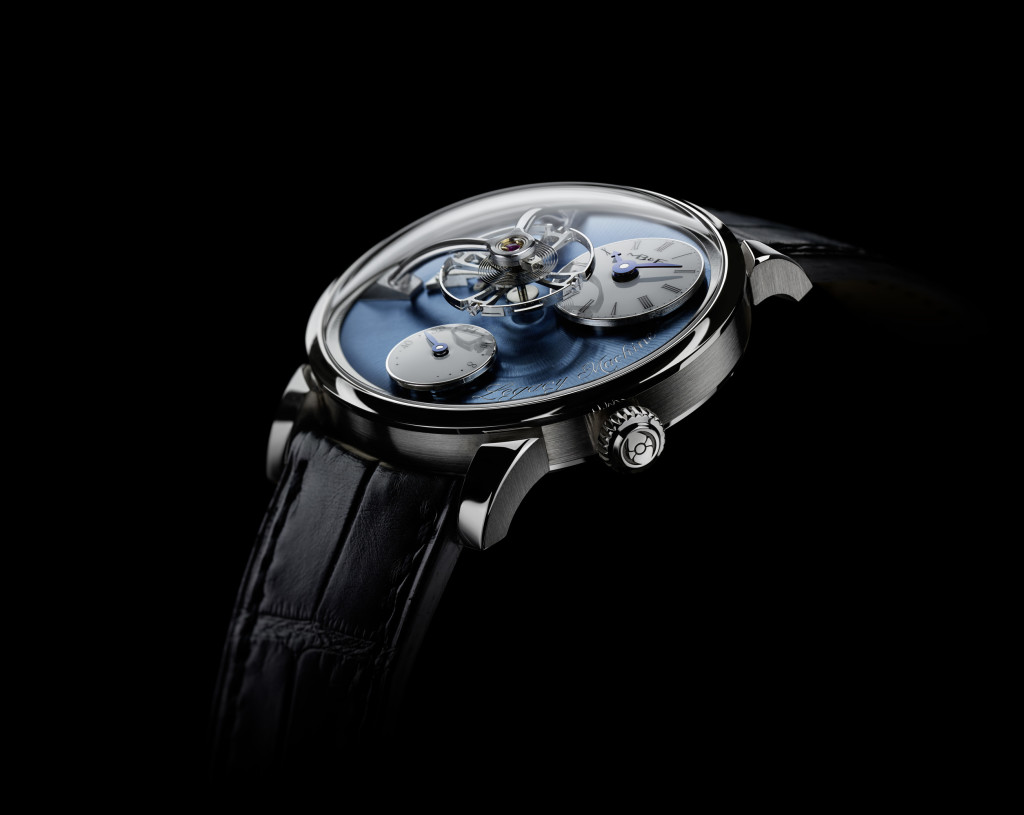 With its undulating Geneva waves, hand polished bevels, gold chatons and countersunk blued screws, the beauty of LM101’s movement doesn’t just stay faithful to a bygone era. It also heralds the dawn of a new epoch as it is the first MB&F calibre to be entirely conceived and designed in-house.

While award-winning independent watchmaker Kari Voutilainen took responsibility for the movement’s fine finishing specifications and fidelity to the horological past, its architecture and construction are 100% pure MB&F.

The Legacy Machine 101 in Platinum will be produced in 33 pieces limited edition, and retailed at 68’000 CHF + TAX