Vacheron Constantin introduced its first timepieces endowed with an international time mechanism in 1932. This movement was the work of a brilliant Geneva watchmaker, Louis Cottier, who had imagined and developed a mechanical movement indicating the 24 time zones from 1 to 24 by means of a disc rotating around the central dial and the outer bezel bearing the names of the world’s major cities.

This first Vacheron Constantin world time “Cottier system” watch enabled simultaneous read-off of the time in 31 cities around the world.

It marked the start of a rich and longstanding relationship with the world time complication. 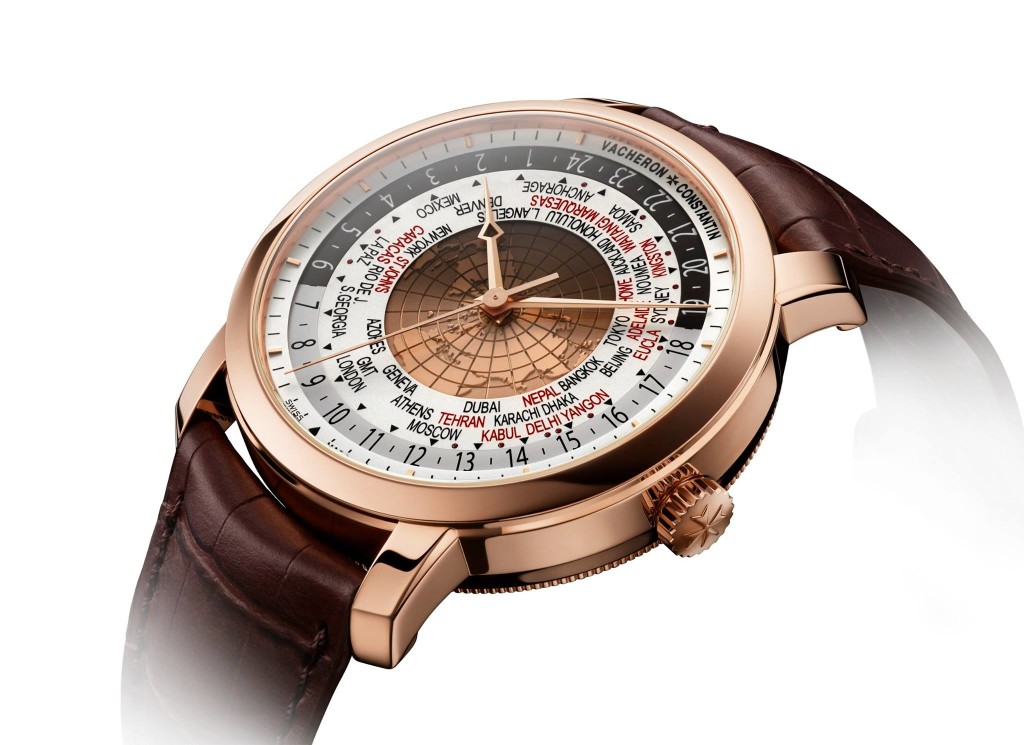 Eager to make a major new contribution to the history of this complication, the Vacheron Constantin master-watchmakers and engineers have launched a mechanical movement capable of indicating not only the full time zones, but also the partial ones, so as to reflect the exact temporal reality in the 37 time zones. A number of countries have indeed adopted a half-hour or quarter-hour difference from UTC, and the Calibre 2460 WT by Vacheron Constantin takes account of these specific characteristics.

The indication of the 37 time zones as proposed by the Maison in its Traditionnelle World Time is as complete as one could wish for. The display consists of three dials: a sapphire dial with a day-night shading and the engraved and inked 24-hour indications (18:30 to 6:30 hours indications highlighted with an anthracite-colored background); a metal dial with painted cities names and a “Lambert projector” type gold map unveiling sun-brushed continents as well as sand-blasted seas; and a metal external ring with painted minute-track and applied gold hour-markers. 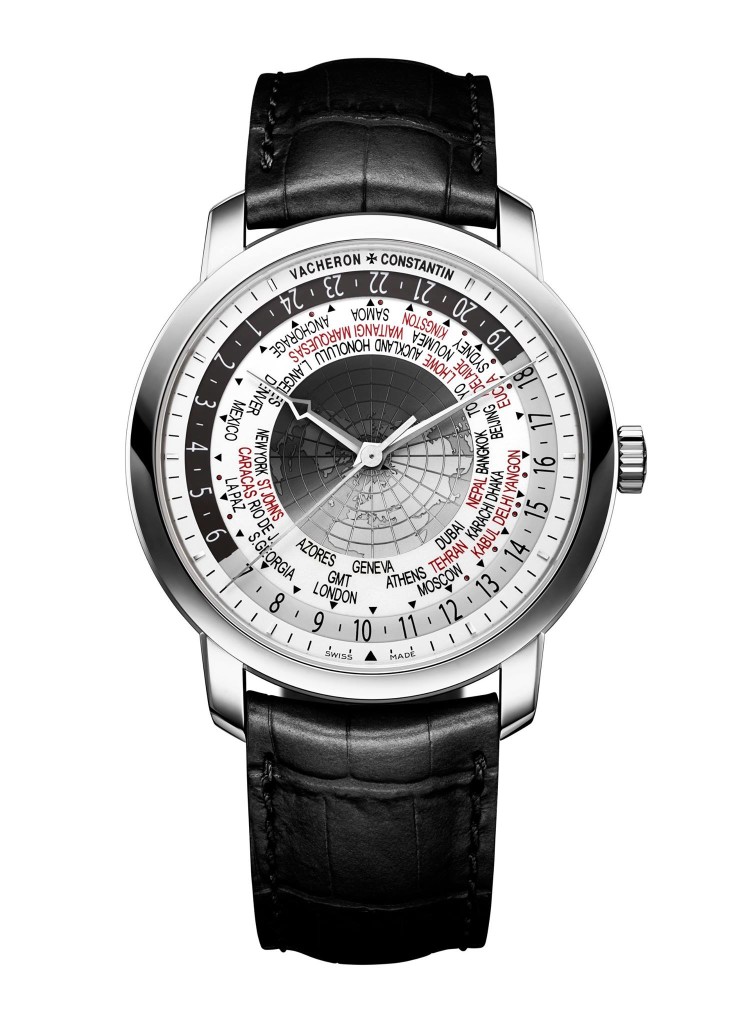 This enables simultaneous read-off of the time in all regions of the world, along with the day-night indication provided above the central world map crafted in gold.

All indications are adjusted via the crown, thus considerably simplifying the use of this highly technical watch.

The Calibre 2460 WT, bearing the prestigious Hallmark of Geneva, is enclosed in a 42.5 mm case, available both in whiyte and rose gold.