The anticipation is finally over! Earlier this year, OMEGA announced the long-awaited return of its iconic Calibre 321. The 21 of July, on the 50th anniversary of the Apollo 11 lunar landing, the brand presented the first new Speedmaster Moonwatch to house the movement 321.

Known for its beautifully intricate design, the original Calibre 321 was the first movement ever used in the OMEGA Speedmaster in 1957. Most famously, it was used in a variety of space bound models including the Speedmaster ST 105.003 (the model tested and qualified by NASA and worn by astronaut Ed White during the first American spacewalk) and the Speedmaster ST 105.012 (the first watch worn on the moon on the 21st of July, 1969). After extensive research and reconstruction in a dedicated workshop, the Calibre 321 has now been reborn in line with its original specifications. 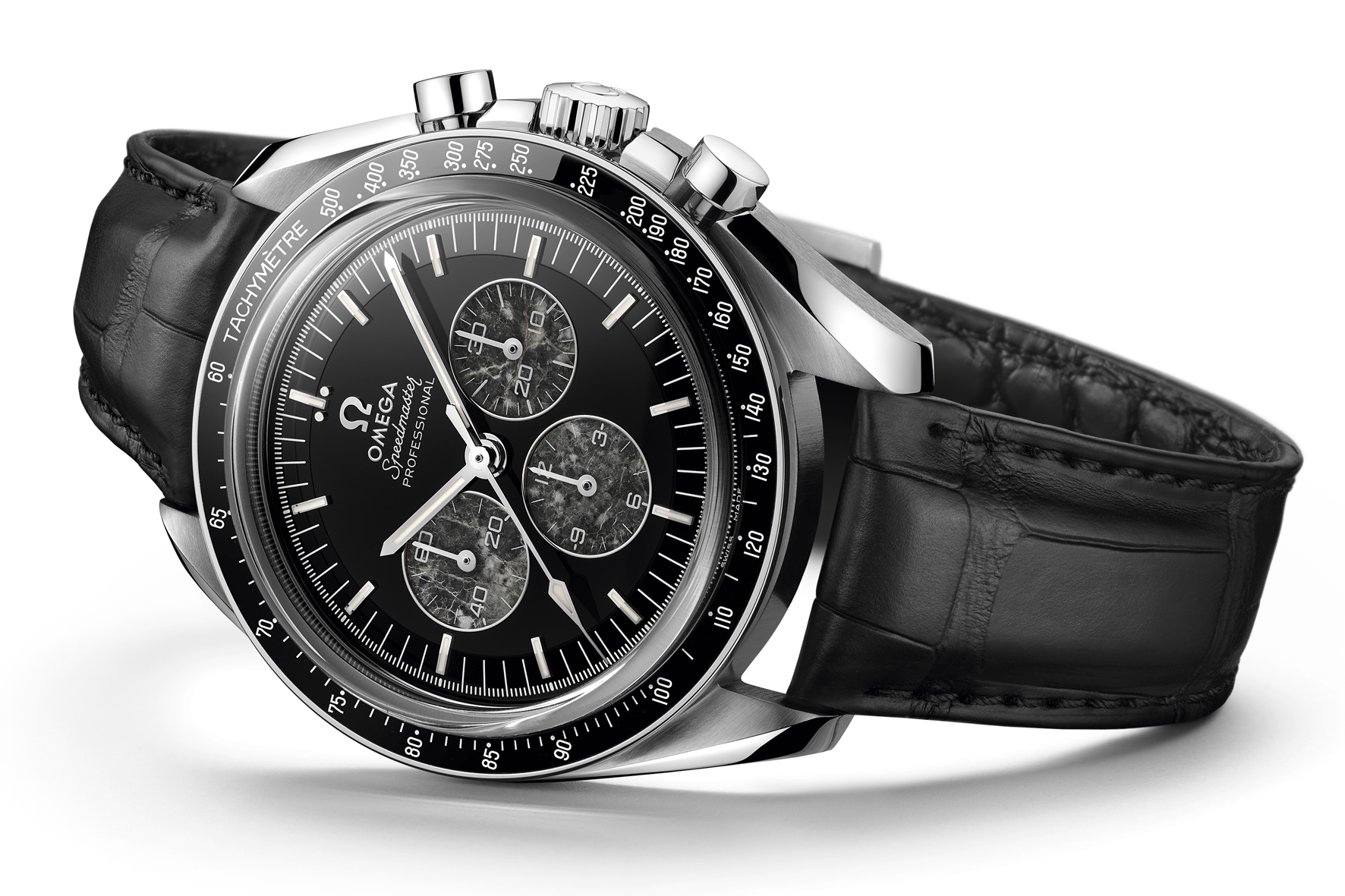 To view the reconstructed movement, customers will be able to look through the sapphire- crystal caseback of the new Speedmaster Moonwatch 321 Platinum. As the name suggests, the chronograph features a 42 mm brushed and polished case crafted from a special platinum alloy with the use of gold. The case design is inspired by the asymmetrical 4th generation Speedmaster case with twisted lugs (ST 105.012), and is presented on a black leather strap with a platinum buckle. Furthermore, this exciting timepiece includes a black ceramic bezel with the Speedmaster’s famous tachymeter scale in white enamel. 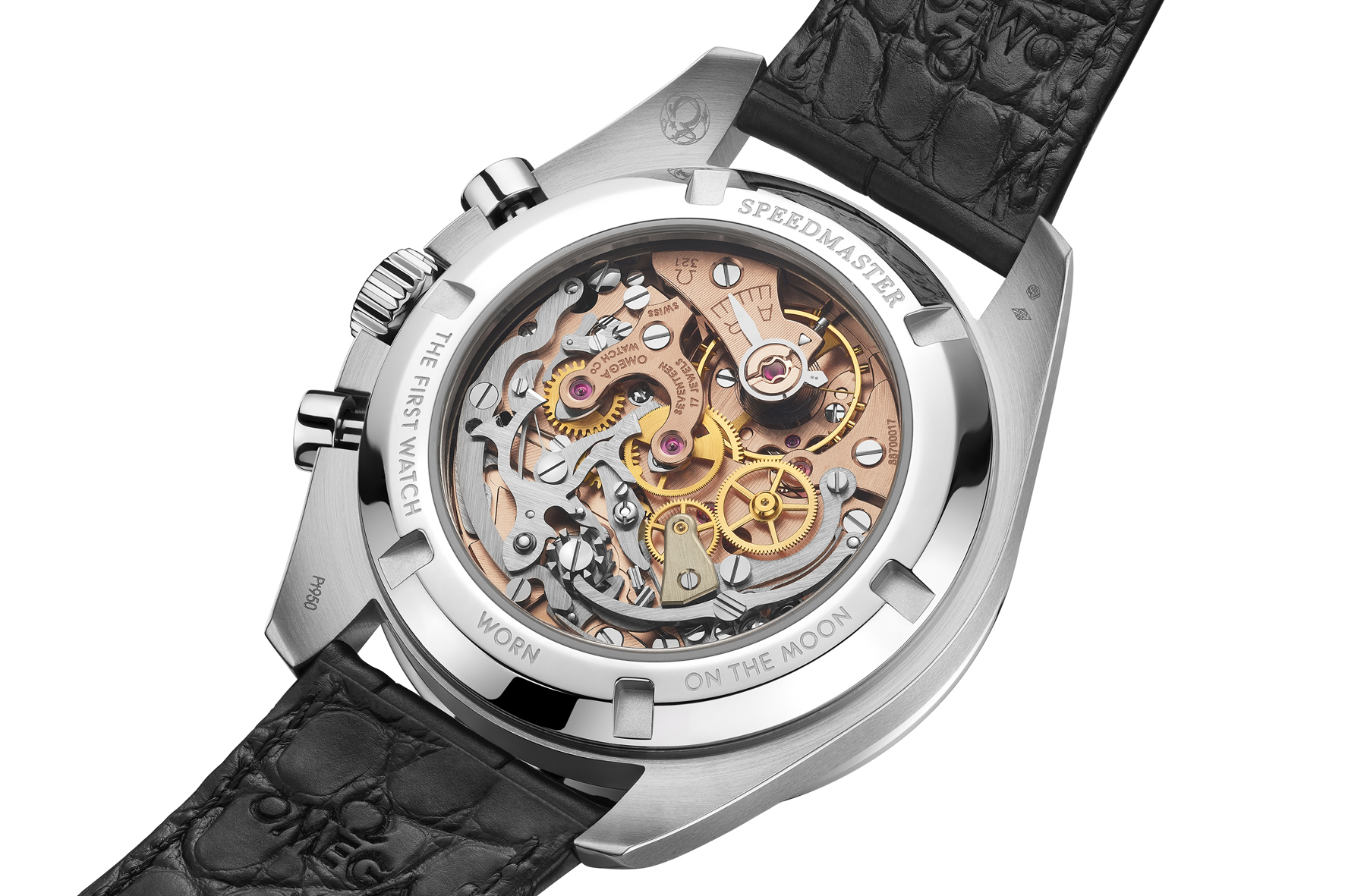 Of course, there are plenty of other captivating features to explore too. The step dial is formed from onyx, with a deep black colour that works in perfect harmony with the other materials, including 18K white gold for the indexes and hands (except for the central chronograph seconds hand). Another very notable feature of the new timepiece is the three meteorite subdials. In tribute to the Speedmaster’s lunar history, OMEGA has used real slices of moon meteorite, providing a genuine link to the Calibre 321, which has powered every Speedmaster ever worn on the moon. 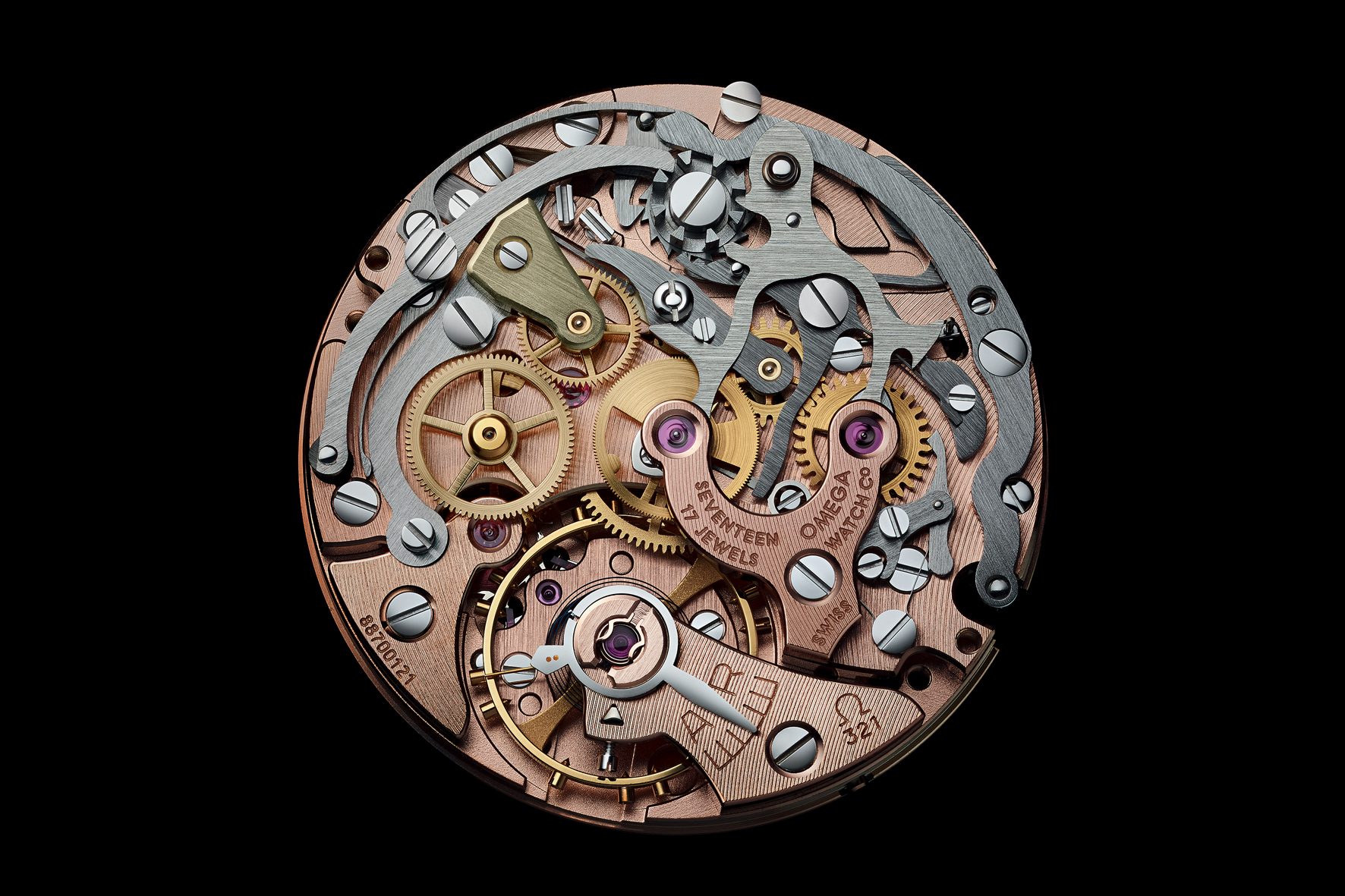 (The Omega Speedmaster Platinum 321 is not a limited edition, price to be confirmed)