The world’s first manned expedition to the deepest point in each of the five oceans is the brainchild of adventurer and submersible pilot Victor Vescovo. 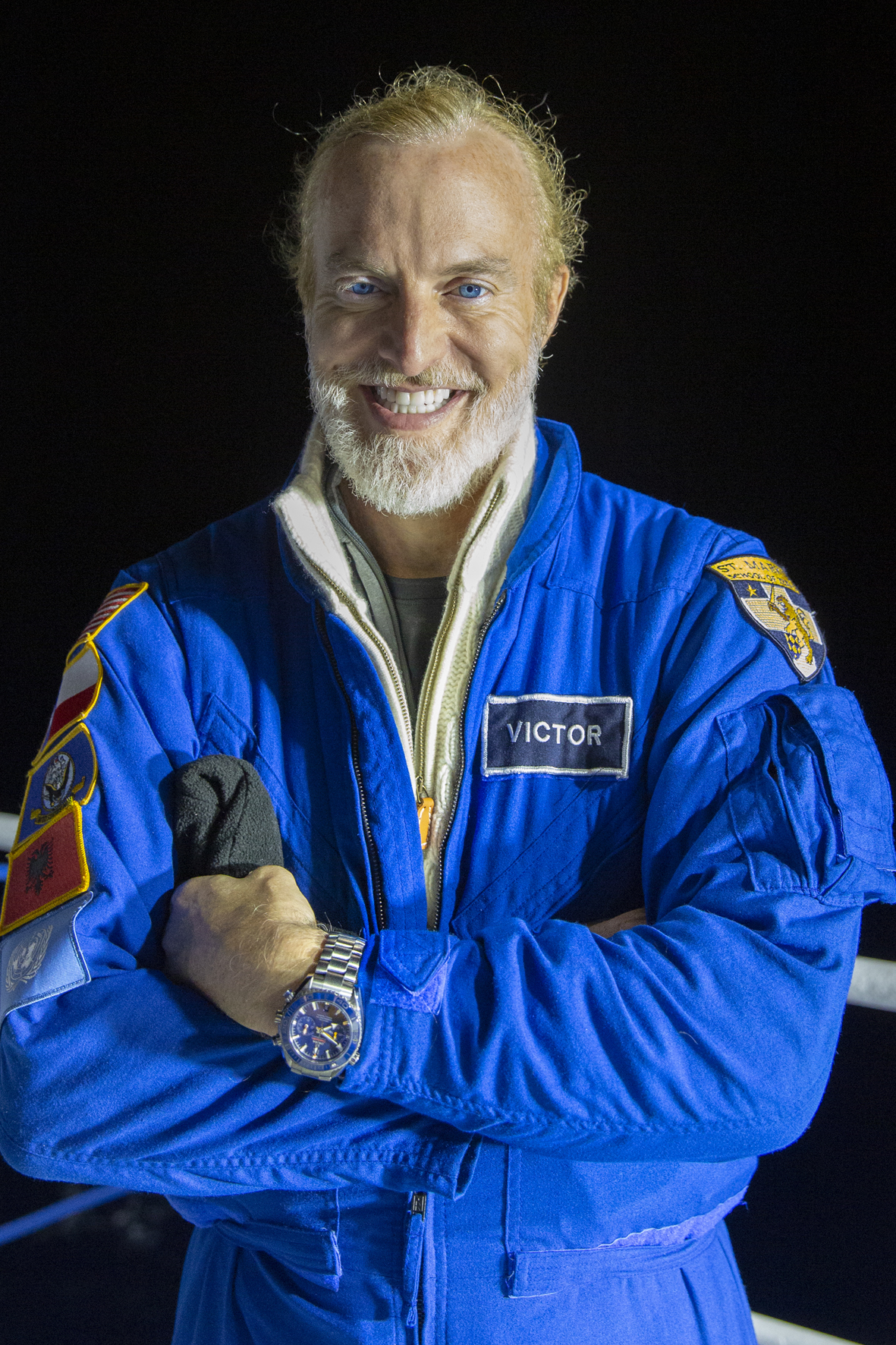 When adventurer Victor Vescovo successfully piloted his submersible Limiting Factor to the bottom of the Mariana Trench in early 2019, the 10,928m dive set a new world record. Along for the ride – and performing perfectly at depth – was Omega’s SeamasterPlanet Ocean Ultra Deep Professional. 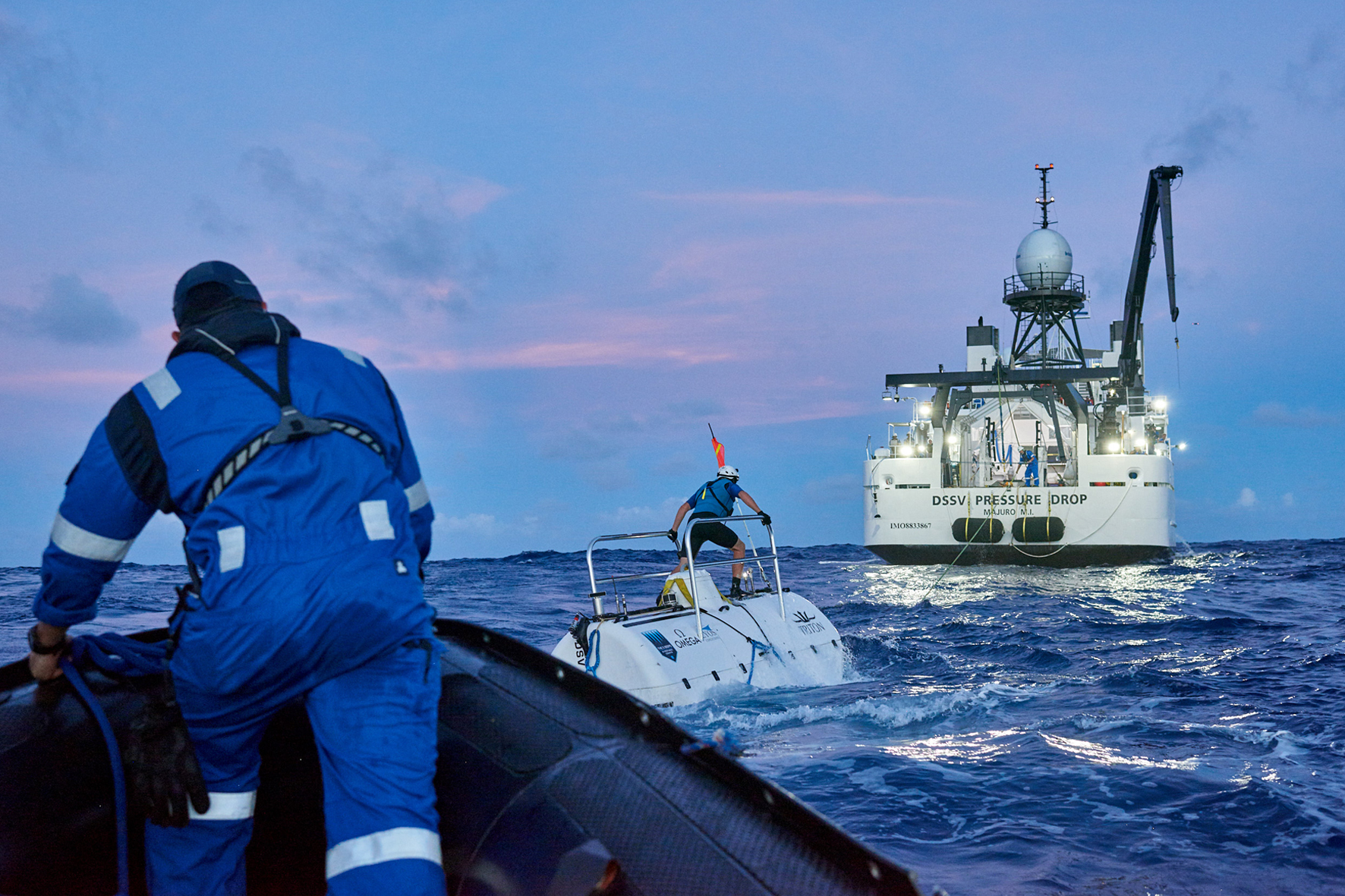 Producing a professional divers’ watch is all in a day’s work for the Swiss brand, but to create a timepiece suitable for The Five Deeps Expedition required starting from scratch and taking risks. Pushing at the limits of watchmaking, Omega succeeded in producing groundbreaking technology that was not only fit for purpose, but could be adapted to dive watch manufacturing in the future.

A watch does not have to be enormous to withstand enormous pressures. Omega managed to limit the thickness of the timepiece to less than 28mm- without sacrificing its exceptional resistance. In order to ensure that the loads on the watch case stayed within admissible limits, Omega’s Ultra Deep was subjected to extensive finite element analysis simulations. 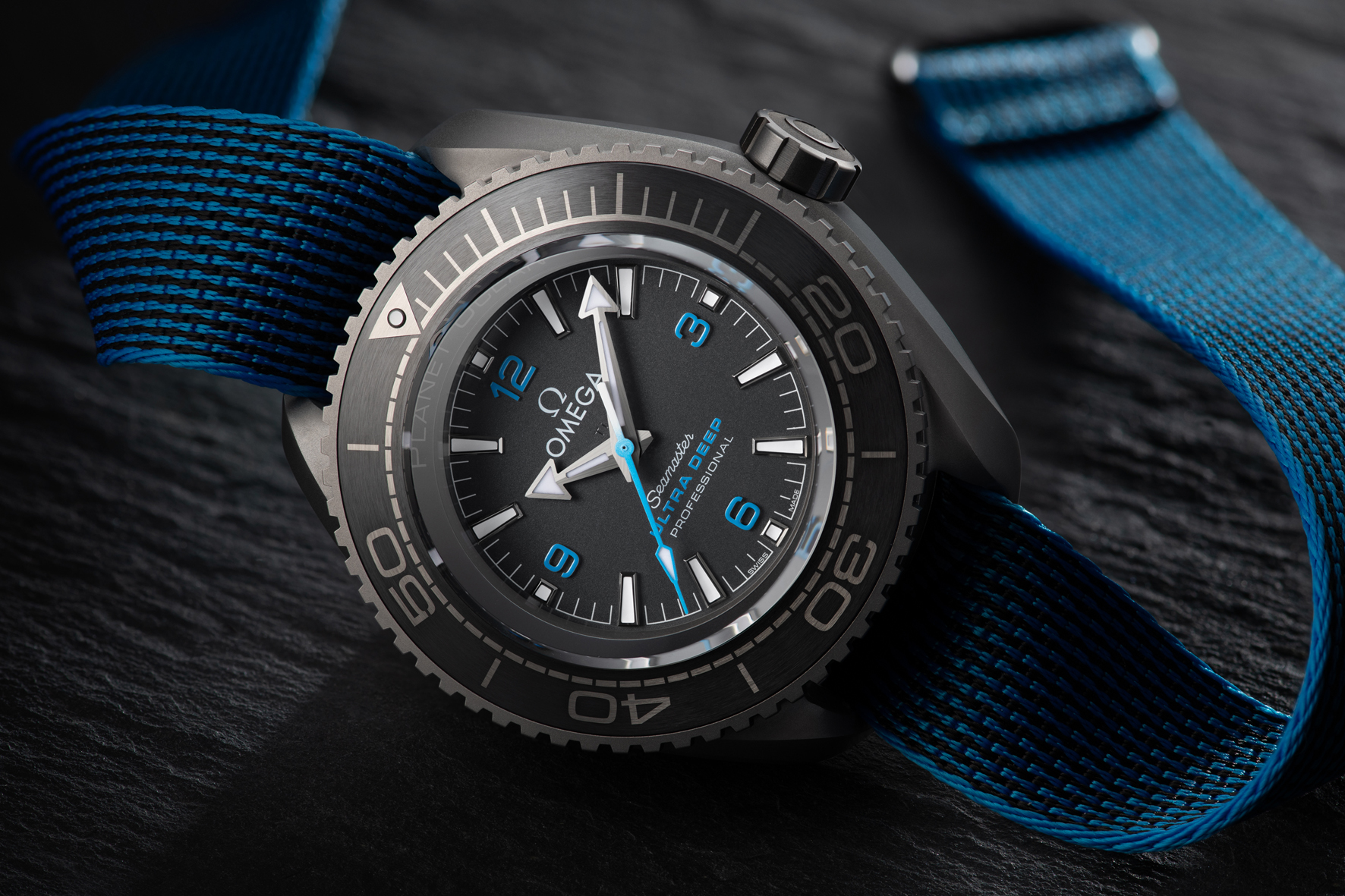 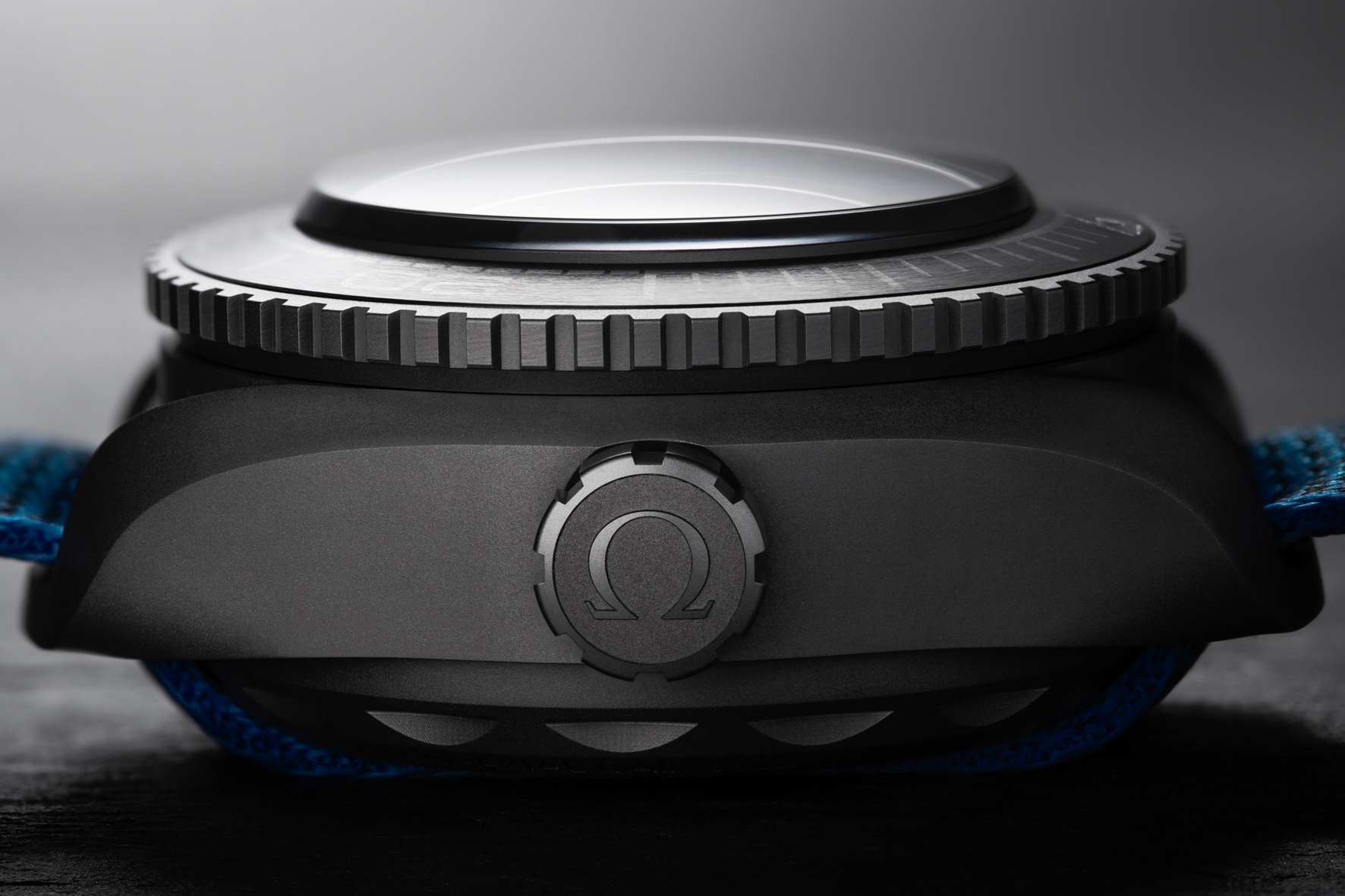 Limiting Factor’s titanium grade 5 pressure hull required development of a new advanced forging technique and an entirely weld-free construction. The bezel body, casebody, caseback and crown were machined cutoffs from the hull. These cutoffs bear the DNV- GL stamps, certifying the origin, characteristics and quality of the material. 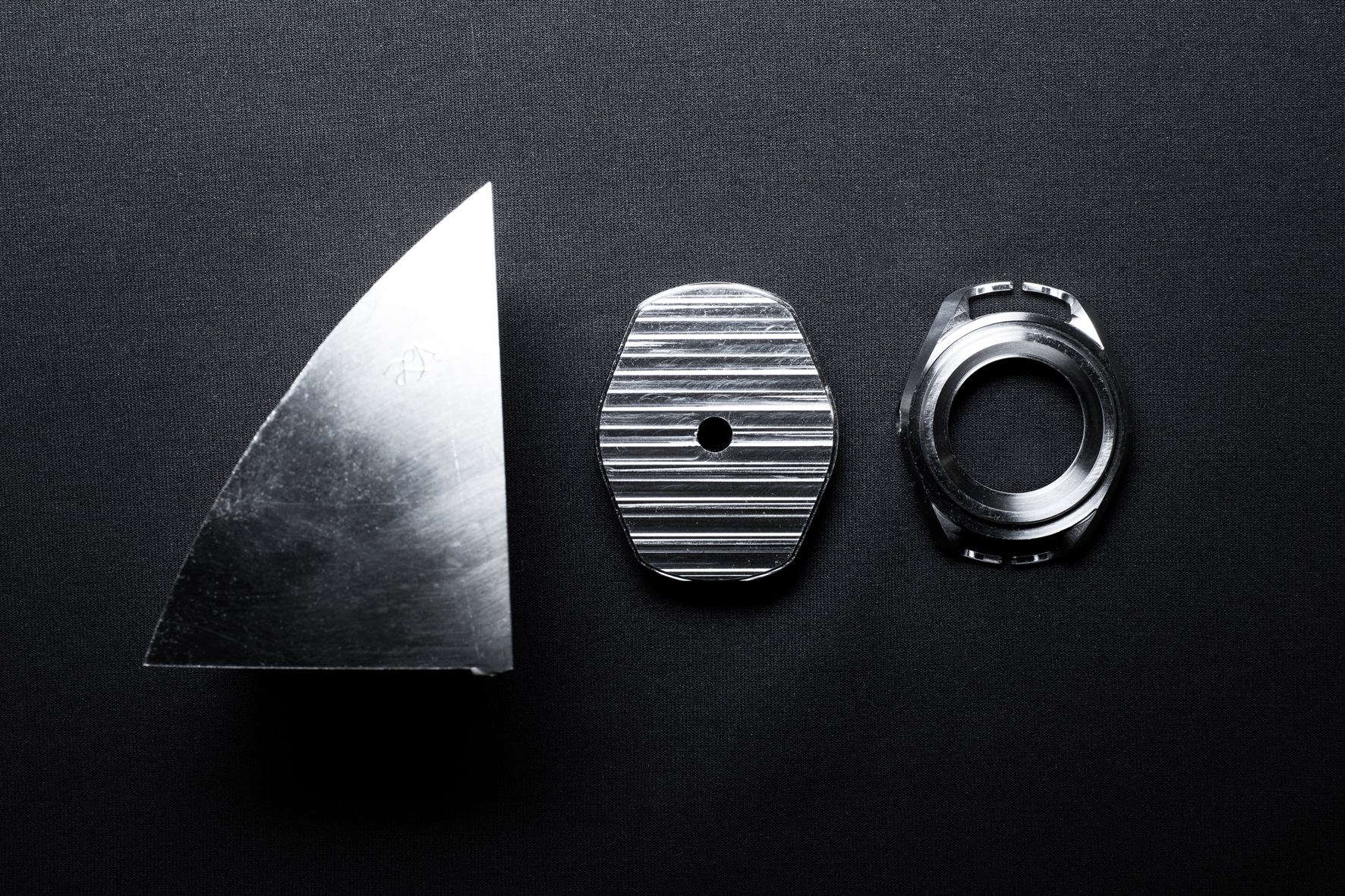 The design of viewports is a critical step in the development of a submersible. The loadbearing surface of the Limiting Factor’s viewports has been engineered to minimise pressure on the inside edges of the cone, where the stresses are highest. Similar to the viewport assembly on a submersible, the sapphire-to-case assembly on a full ocean depth watch is an area of concern. To spread the stress distribution, Omega took inspiration from this load bearing conical design and used Liquidmetal to ensure a firm yet flexible sapphire-to-casebody assembly. This innovative patent-pending hot form bonding made it possible to avoid the use of polymer seals and to reduce thesapphire’s thickness.

Fully integrated into the titanium casebody, the lugs of the Seamaster Planet Ocean Ultra Deep Professional are left open to lower the risk of exceeding material limitations at full ocean depth, as both the watch and the strap can be subjected to high traction loads. They are called “Manta” lugs due to their distinctive look. 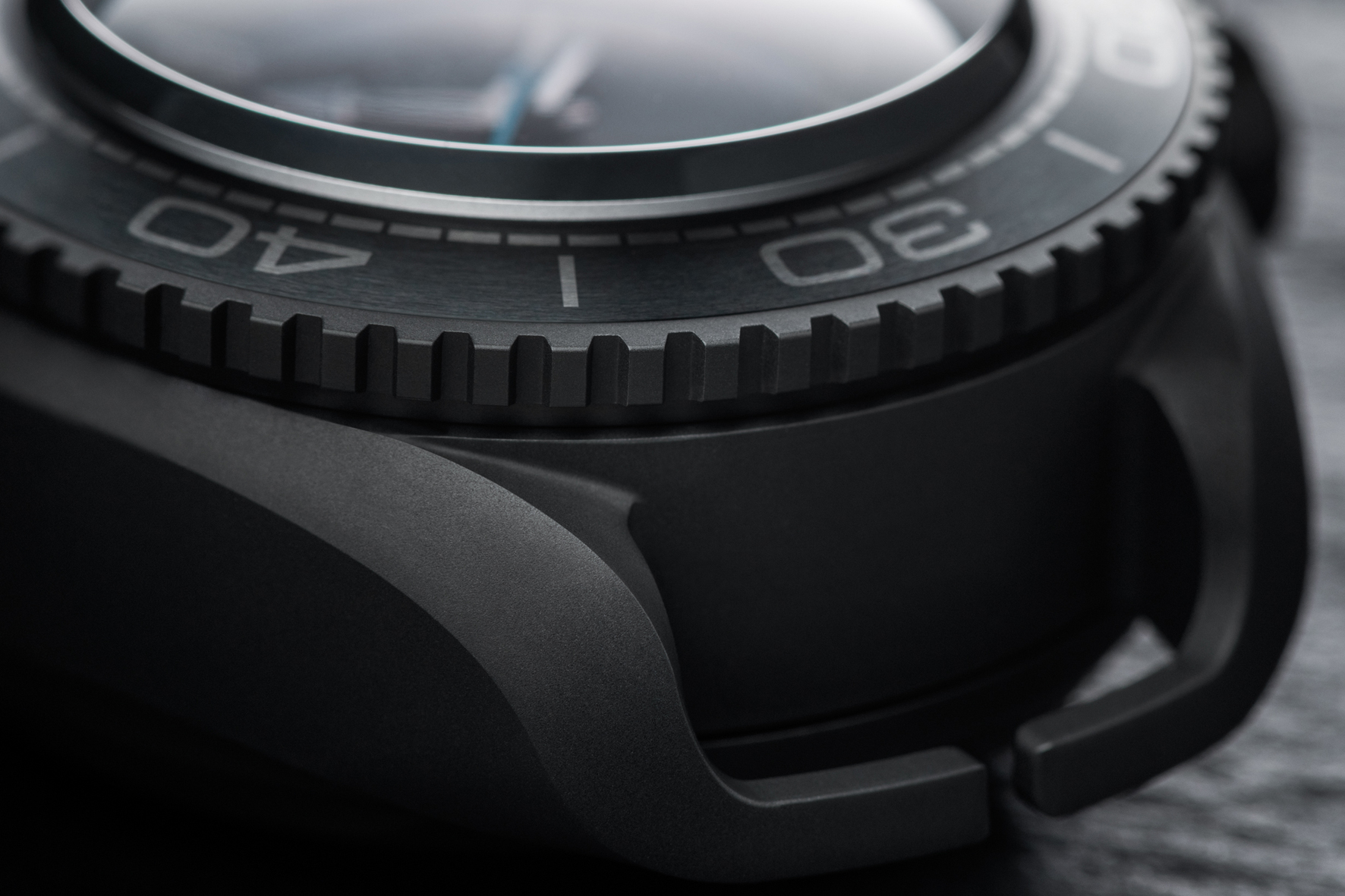 The expedition logo is located at the center of the caseback inside concentric circles evoking the Multi Beam sonar technology. Relevant information including the model, reference number, materials, DNV-GL certification, and the words – tested 15,000m / 49,212ft – are all laser-engraved. 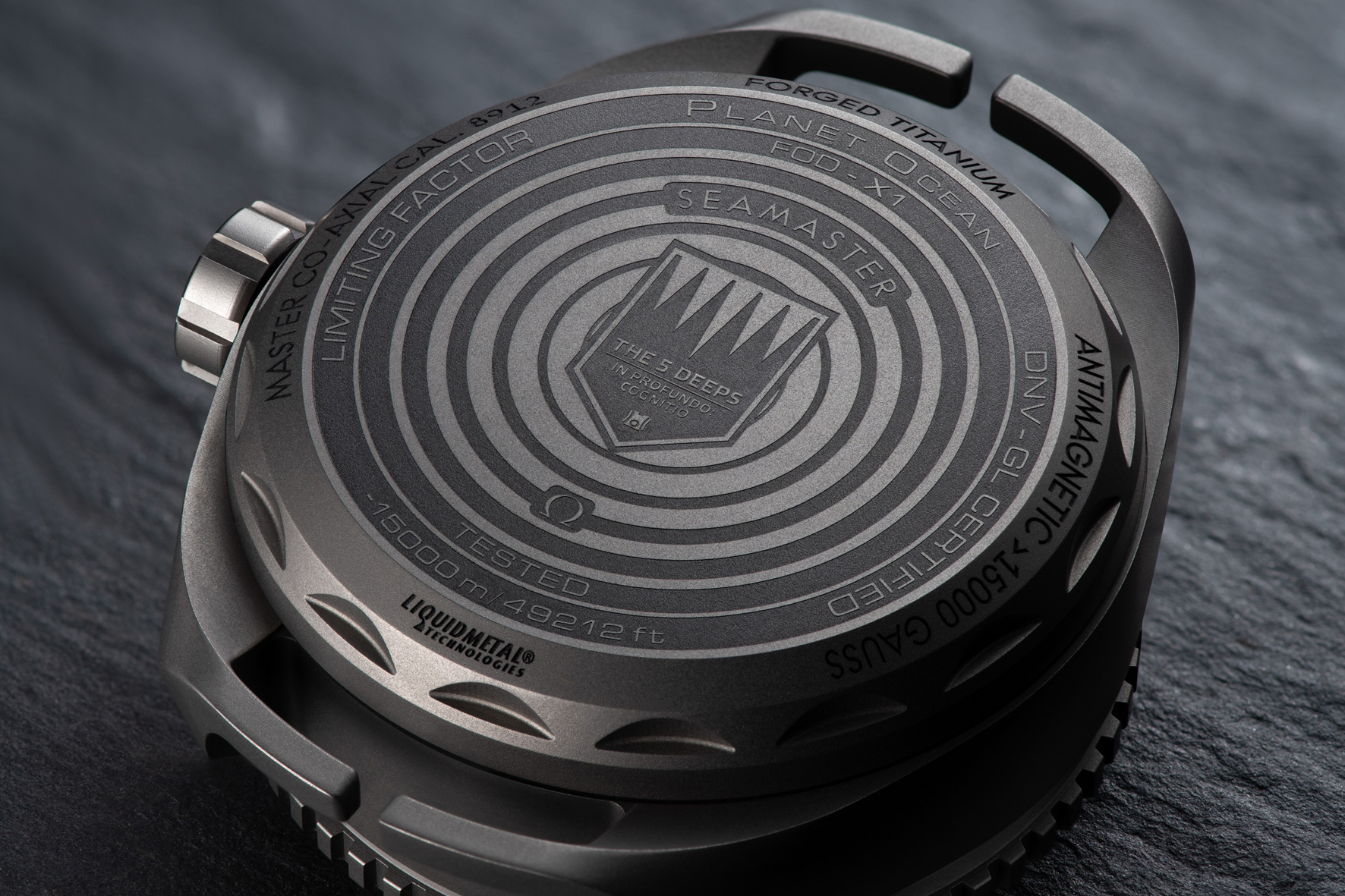 Three Omega Seamaster Planet Ocean Ultra Deep timepieces made the dive. Two attached to the submersible’s robotic arm, another to a Lander. Omega’s choice of strap material drew on the brand’s experience in space. The combination of polyamide strap and Velcro closure is closely associated with the straps used during Apollo missions.

All of the watches were pressure tested at Triton Sub’s facility in Barcelona with the attendance of a DNV-GL surveyor. The chosen maximum pressure is linked with tolerances required in the Mariana Trench, but to be extra sure and to comply with dive watch standards, Omega insisted on adding a 25% safety margin, which meant the watches had to perform perfectly at an astonishing 1500 bars / 15,000 meters. 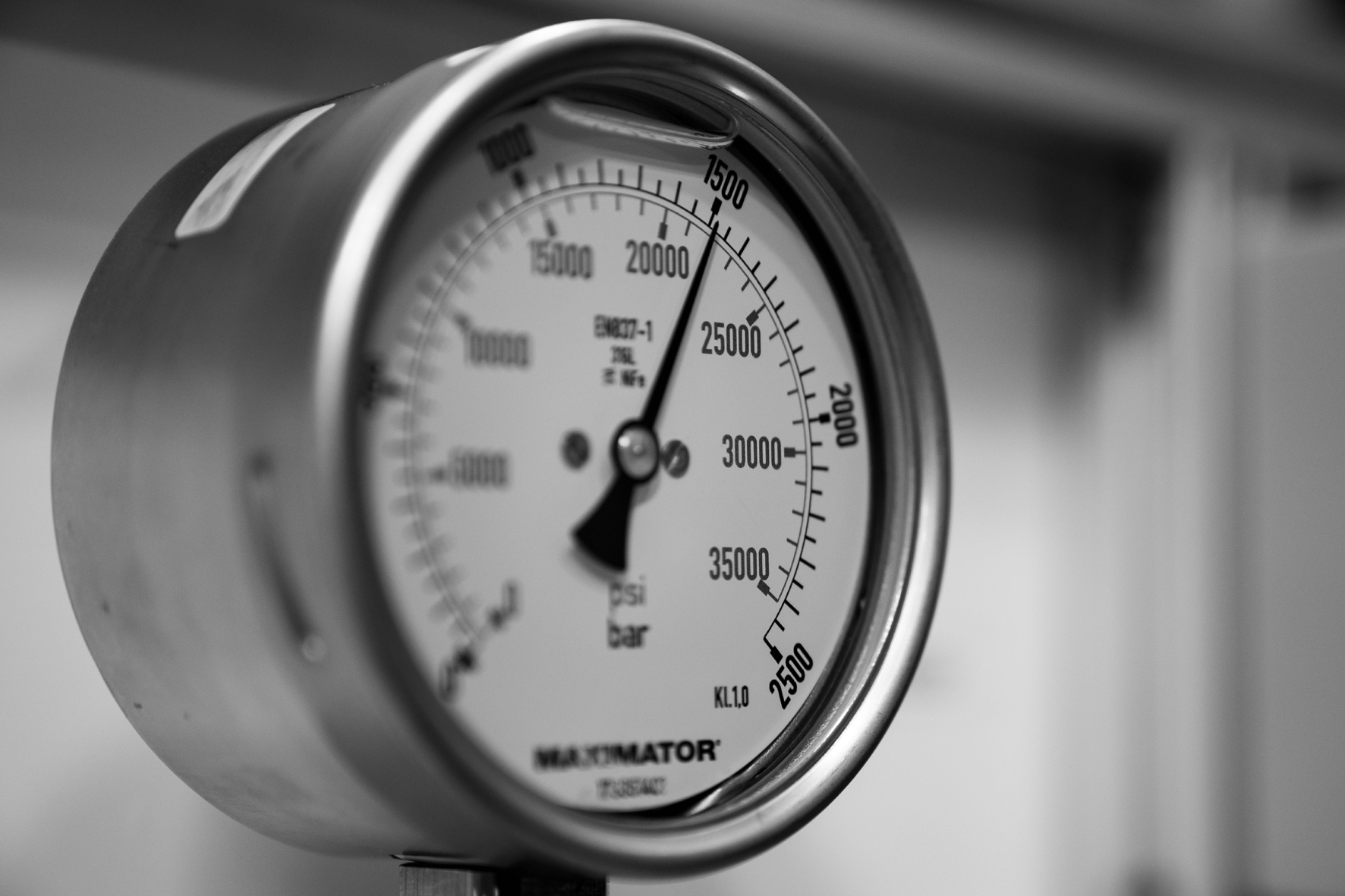 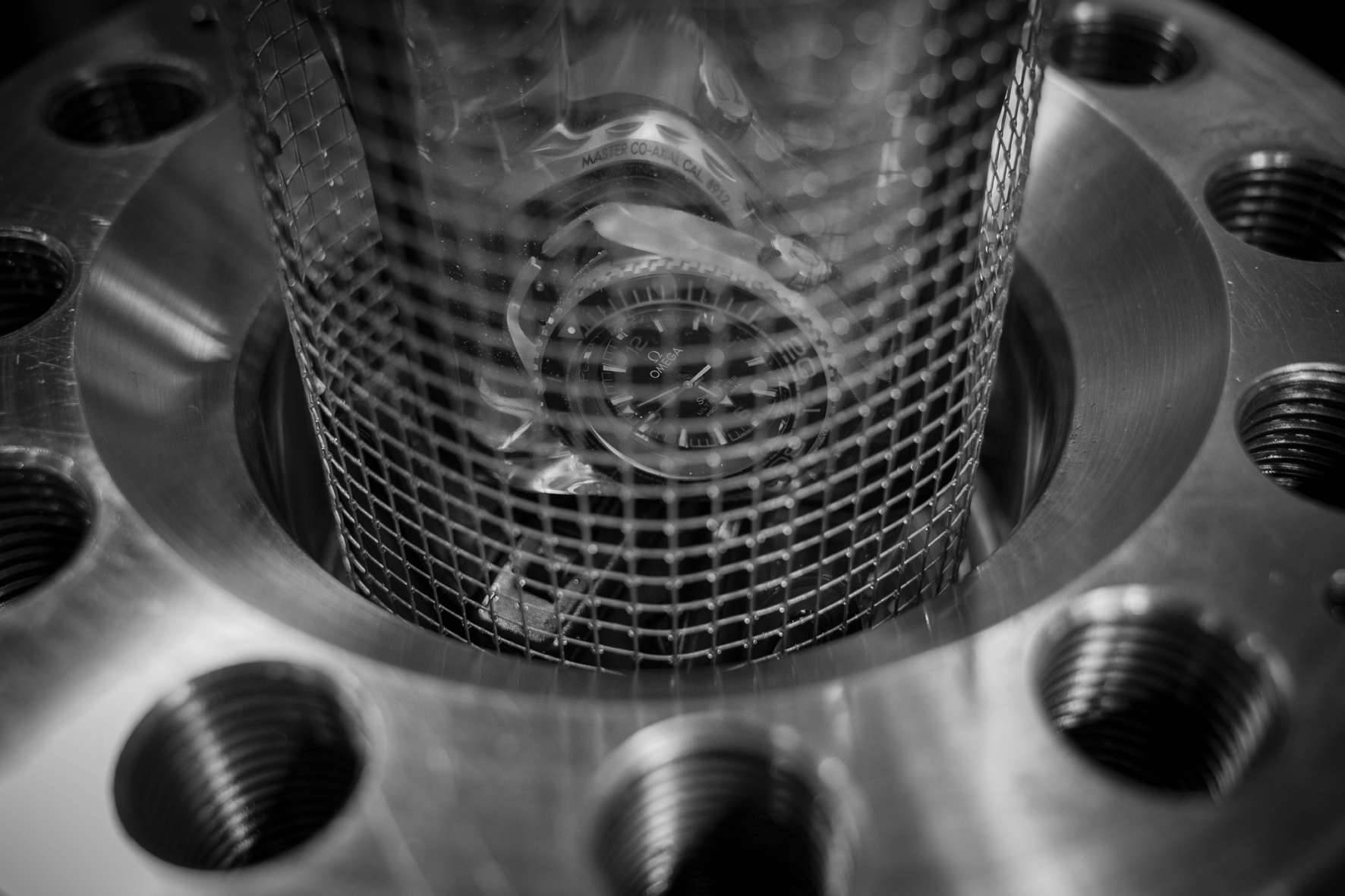 Having passed the Triton tests and proven their worth at the deepest place on the planet,Omega’s Seamaster Ultra Deep watches were then subjected to the highest level of testing in the watch industry. Post-dive, all watches were put through the rigorous tests over 10 days set by the Swiss Federal Institute of Metrology (METAS). Even after their extreme underwater journey, each watch achieved Master Chronometer certification.

Squale: A small successful predator in the sea of independent watchmaking

This website uses cookies to improve your experience while you navigate through the website. Out of these, the cookies that are categorized as necessary are stored on your browser as they are essential for the working of basic functionalities of the website. We also use third-party cookies that help us analyze and understand how you use this website. These cookies will be stored in your browser only with your consent. You also have the option to opt-out of these cookies. But opting out of some of these cookies may affect your browsing experience.
Necessary Always Enabled