Omega presents the Seamaster Diver 300M 007 Edition, the new 007’s watch that will feature in the 25th James Bond film, No Time To Die.

The new Bond Watch has been built with military needs and the suggestions of Daniel Craig and the producers. This NON limited edition has been realized in 42mm titanium grade 2. The same material was used also for the bracelet which is equipped with the innovative adjustable buckle. 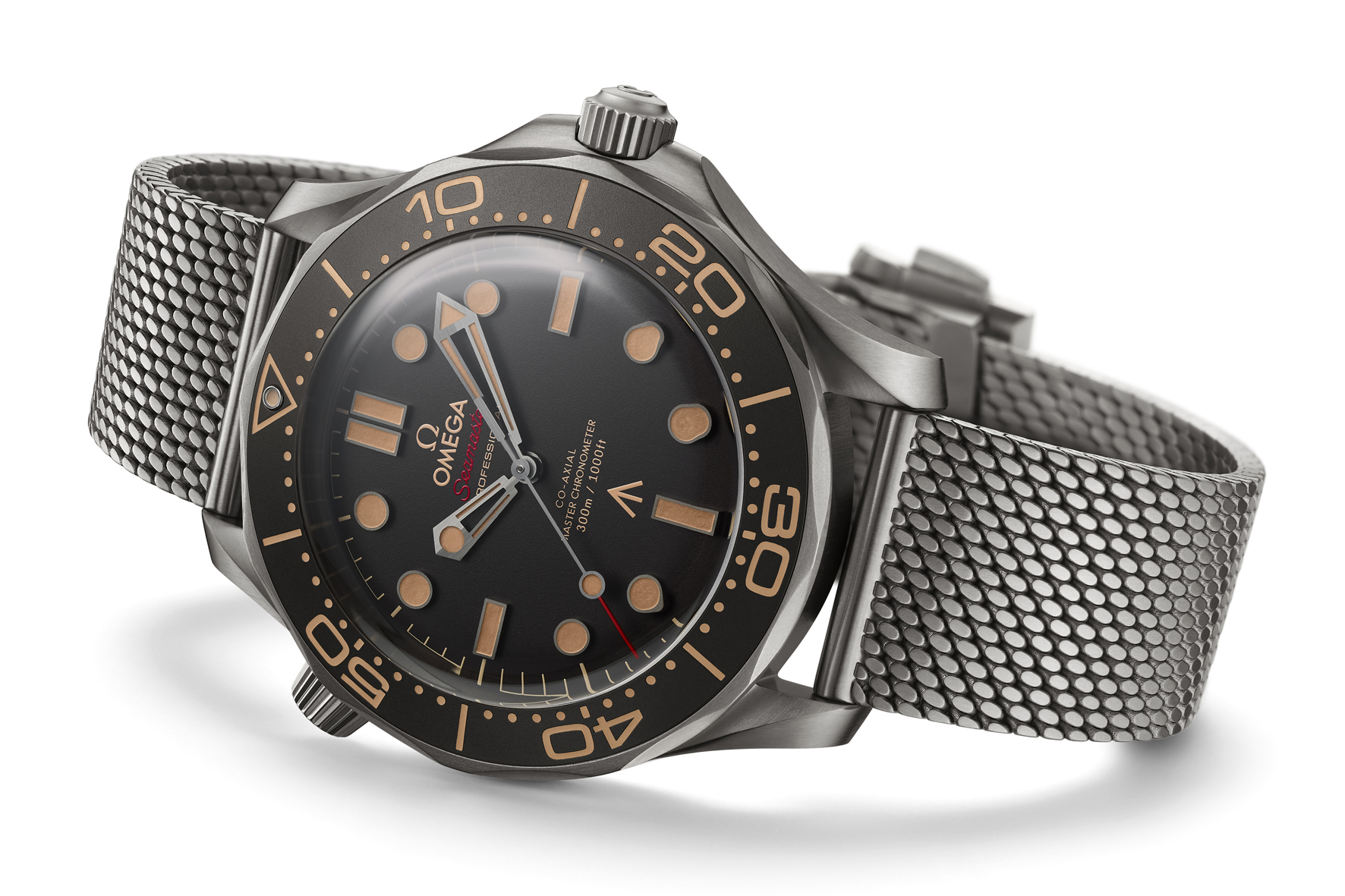 During the design phase, Daniel Craig said “When working with OMEGA, we decided that a lightweight watch would be key for a military man like 007. I also suggested some vintage touches and colours to give the watch a unique edge.”

To further reduce the weight, OMEGA used brown ‘tropical’ aluminum for the dial and bezel ring. These elements have been given a classic look thanks to the vintage Super-LumiNova that fills the graduated scale, the hands and burnished indexes.

On the caseback, you’ll find a series of numbers, which follow the format for genuine military-issue watches. “0552” is a naval code-number, with “923 7697” being the number for a divers’ watch. The letter “A” signifies a watch with a screw-in crown, while “007” is, of course, James Bond’s iconic agent number. Finally, the number “62” refers to the year of the very first James Bond film. 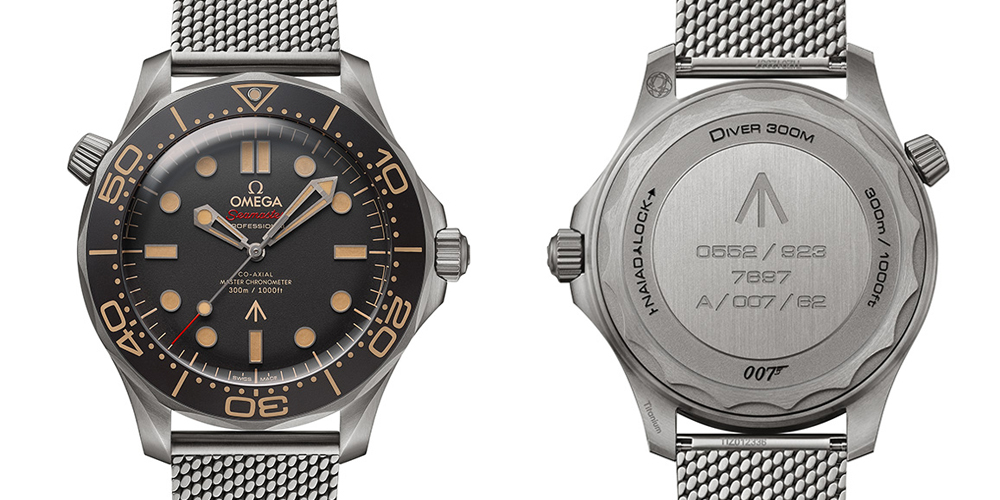 The new watch is completed by a NAIAD LOCK caseback, which keeps all of the engravings in correct alignment. Inside, it is driven by the OMEGA Co-Axial Master Chronometer Calibre 8806, which has achieved the industry’s highest standards of precision, chronometric performance and magnetic resistance.

The new Seamaster Diver 300M 007 Edition will be available from February in the OMEGA Boutiques at the price of € 8,800. The watch will be presented in an exclusive brown fabric pouch and optionally completed with a titanium mesh bracelet or a dark brown, gray and beige striped NATO strap with 007 engraving on the loop. The watch is water resistant to 30o meters and is covered by a 5-year OMEGA warranty. 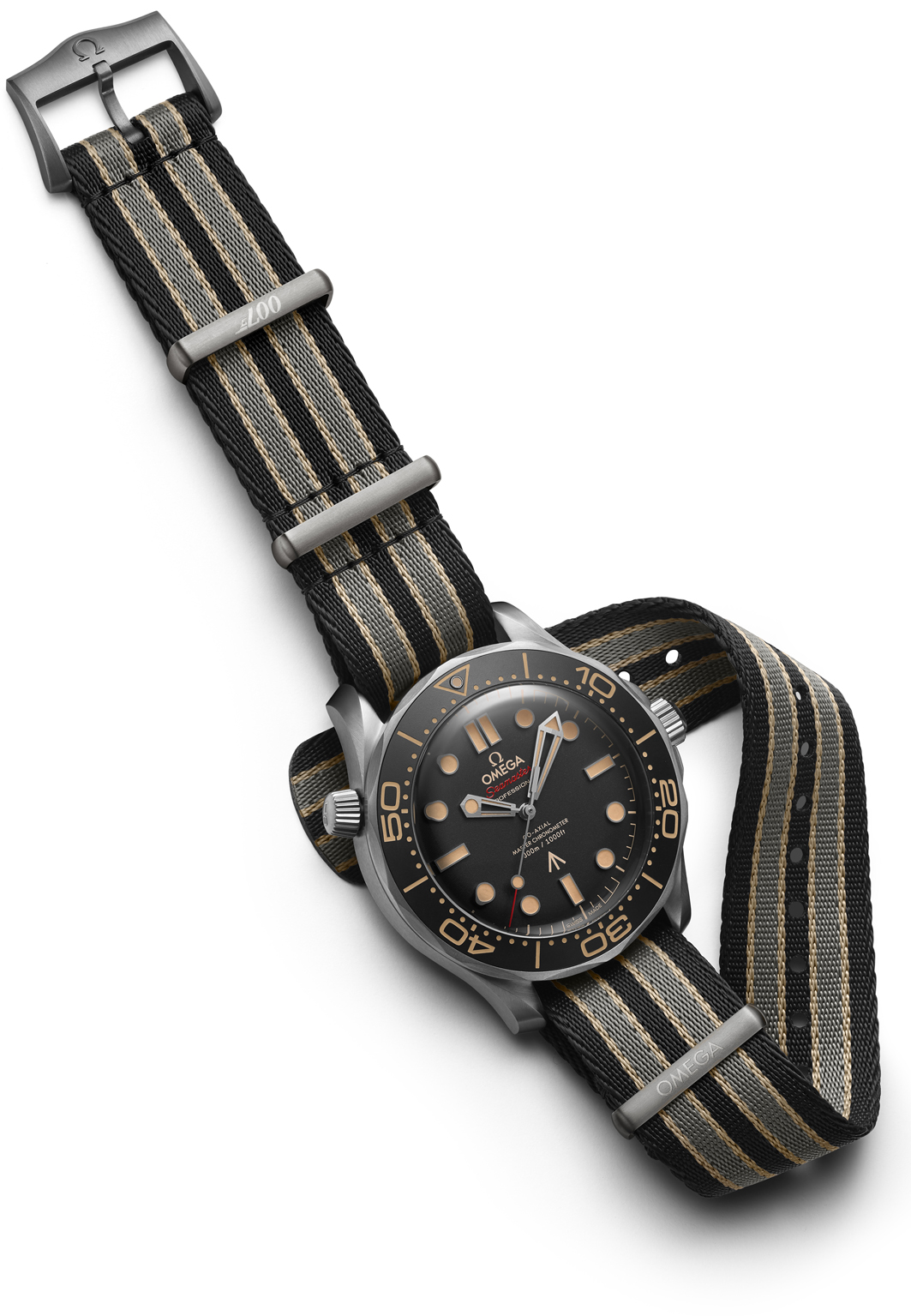 Squale: A small successful predator in the sea of independent watchmaking

This website uses cookies to improve your experience while you navigate through the website. Out of these, the cookies that are categorized as necessary are stored on your browser as they are essential for the working of basic functionalities of the website. We also use third-party cookies that help us analyze and understand how you use this website. These cookies will be stored in your browser only with your consent. You also have the option to opt-out of these cookies. But opting out of some of these cookies may affect your browsing experience.
Necessary Always Enabled