The famous golf competition taking place on the peaks of the Crans-Montana – called Swiss Open when first launched in 1923 – has reached it’s 80th edition. Today, the OMEGA Masters tournament has become one of the most important events on the sports calendar of the watch brand, which has been sponsor of the contest for 19 years now. 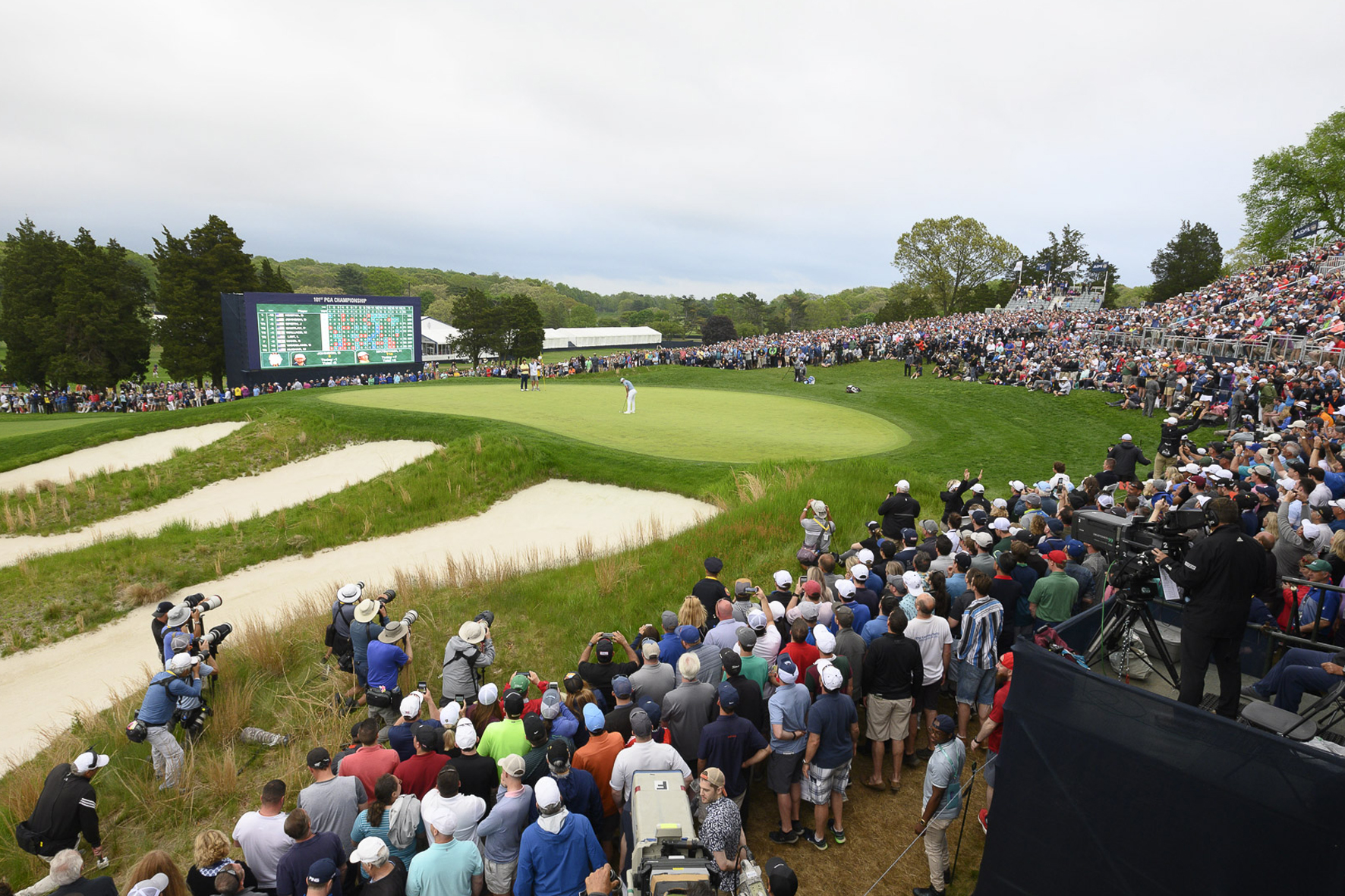 In 2019, to celebrate the beginning of the OMEGA Pro-Am, the brand organised its annual “Celebrity Masters” competition which saw professional players and longtime OMEGA ambassadorsRory McIlroy, Sergio García and Tommy Fleetwood on the course, playing side by side with stars like Justin Timberlake, Niall Horan, Dennis Quaid, Anthony Mackie and Michael Peña. 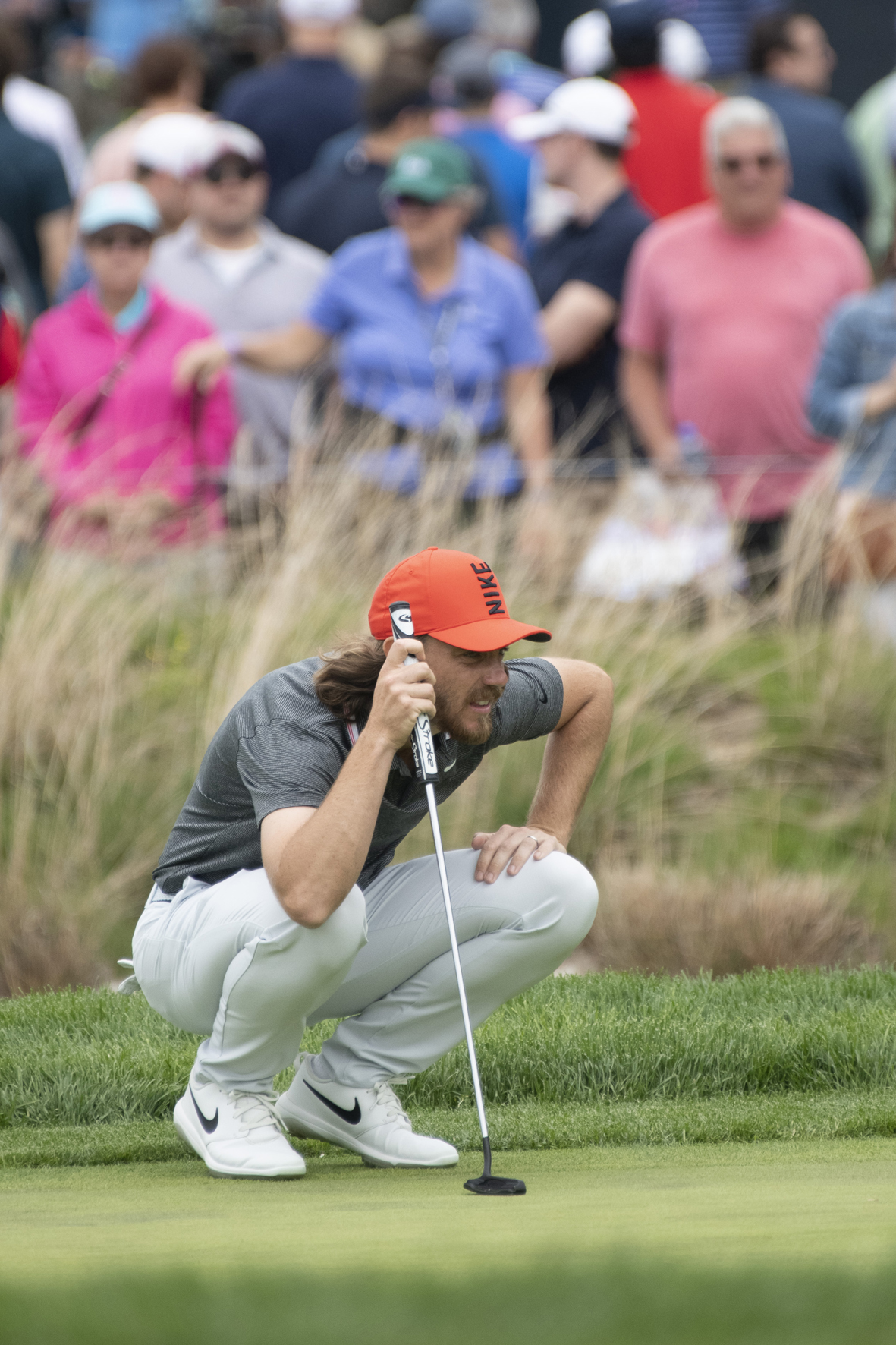 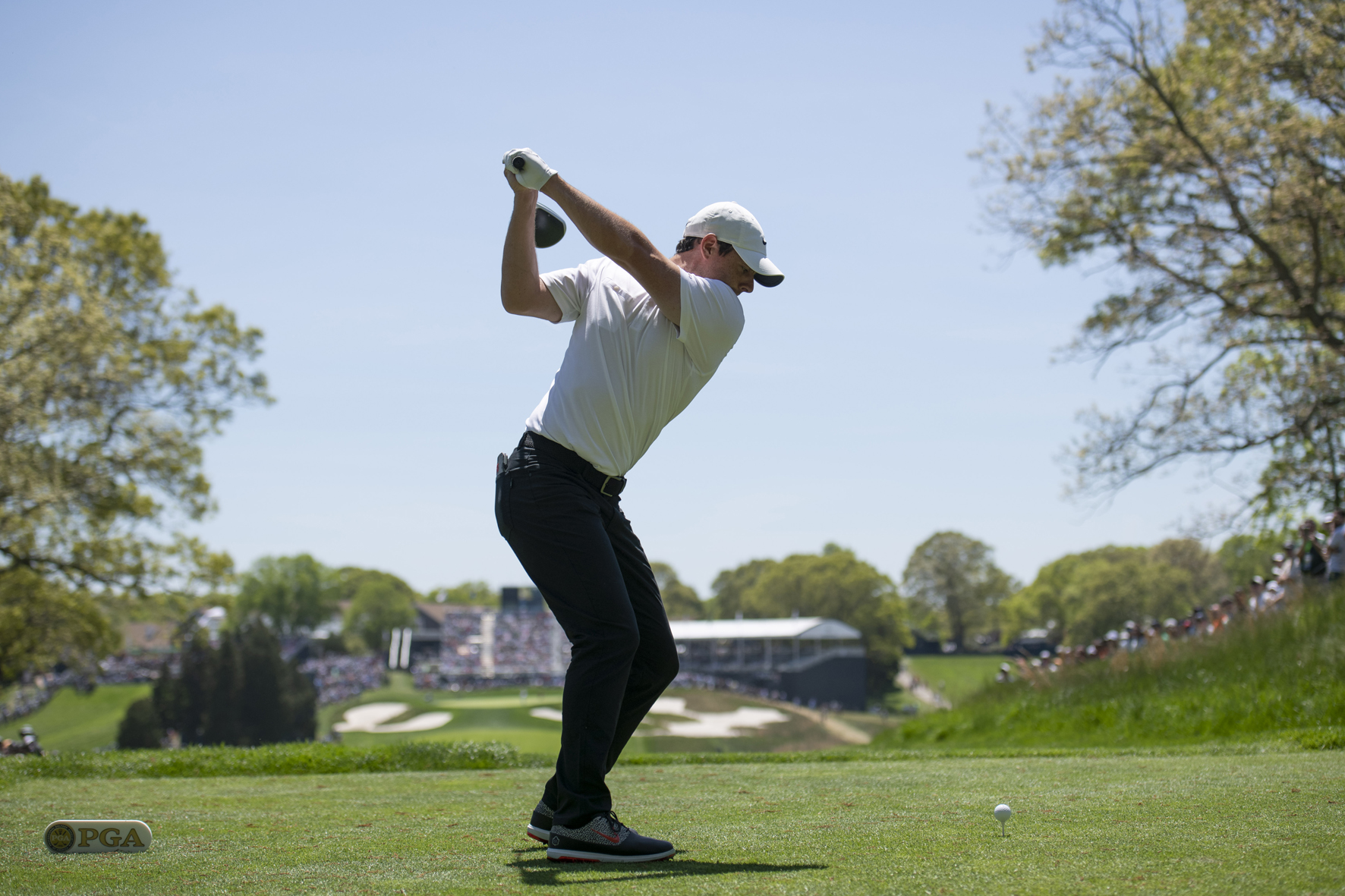 Among the Hollywood stars, Justin Timberlake was the one that shone the most: he realised the best individual score that day, thus winning the OMEGA Celebrity Masters trophy. The winner of the competition taking place in the magnificent alpine scenery was Sebastian Söderberg, at the end of a fascinating five-men play-off (the first in the history of the tournament) between the Swedish player, Rory McIlroy, Lorenzo Gagli, Kalle Samooja and Andres Romero. The 64,800 spectators who attended the 4 days of the competition represent an absolute record. 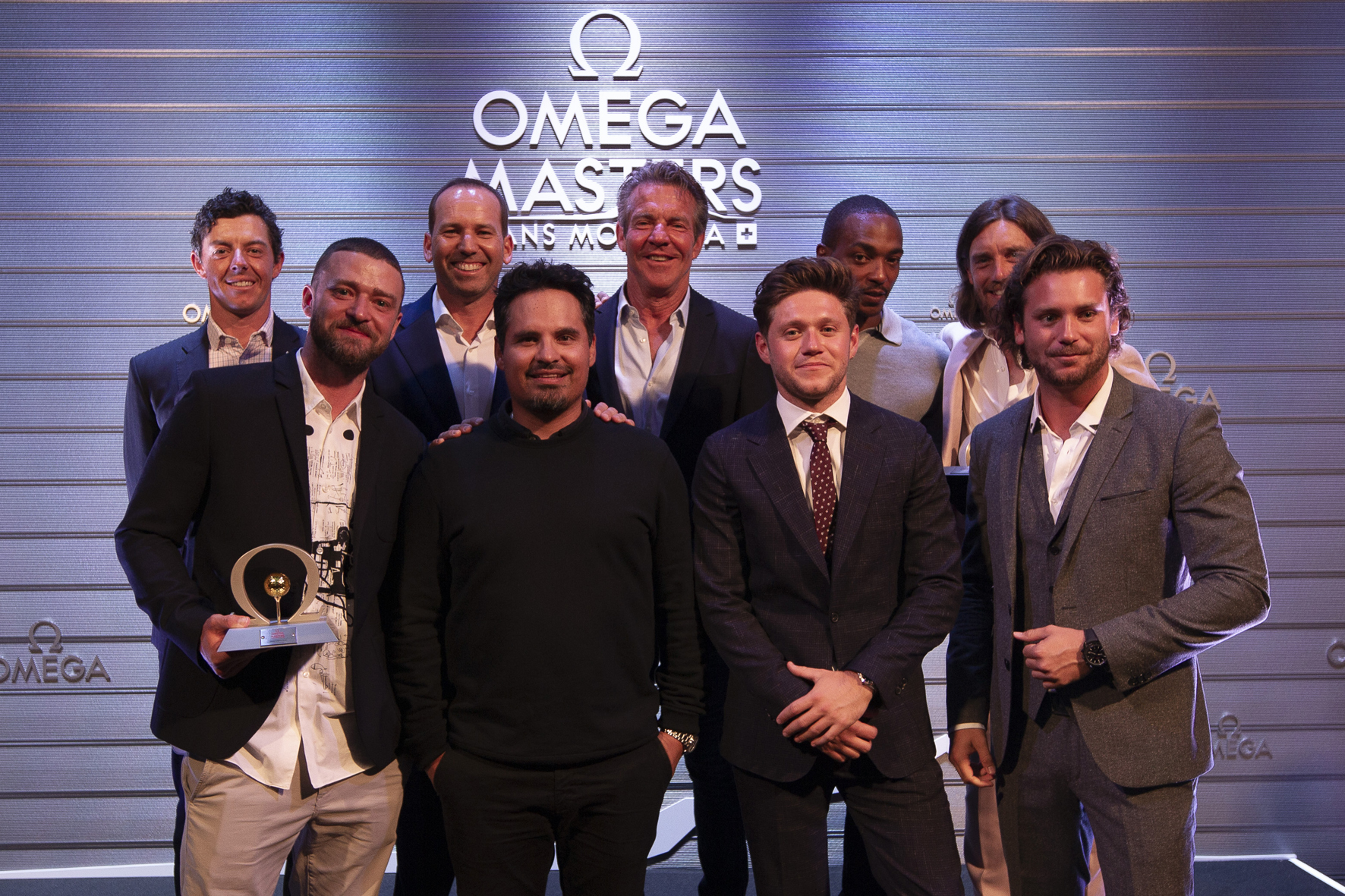 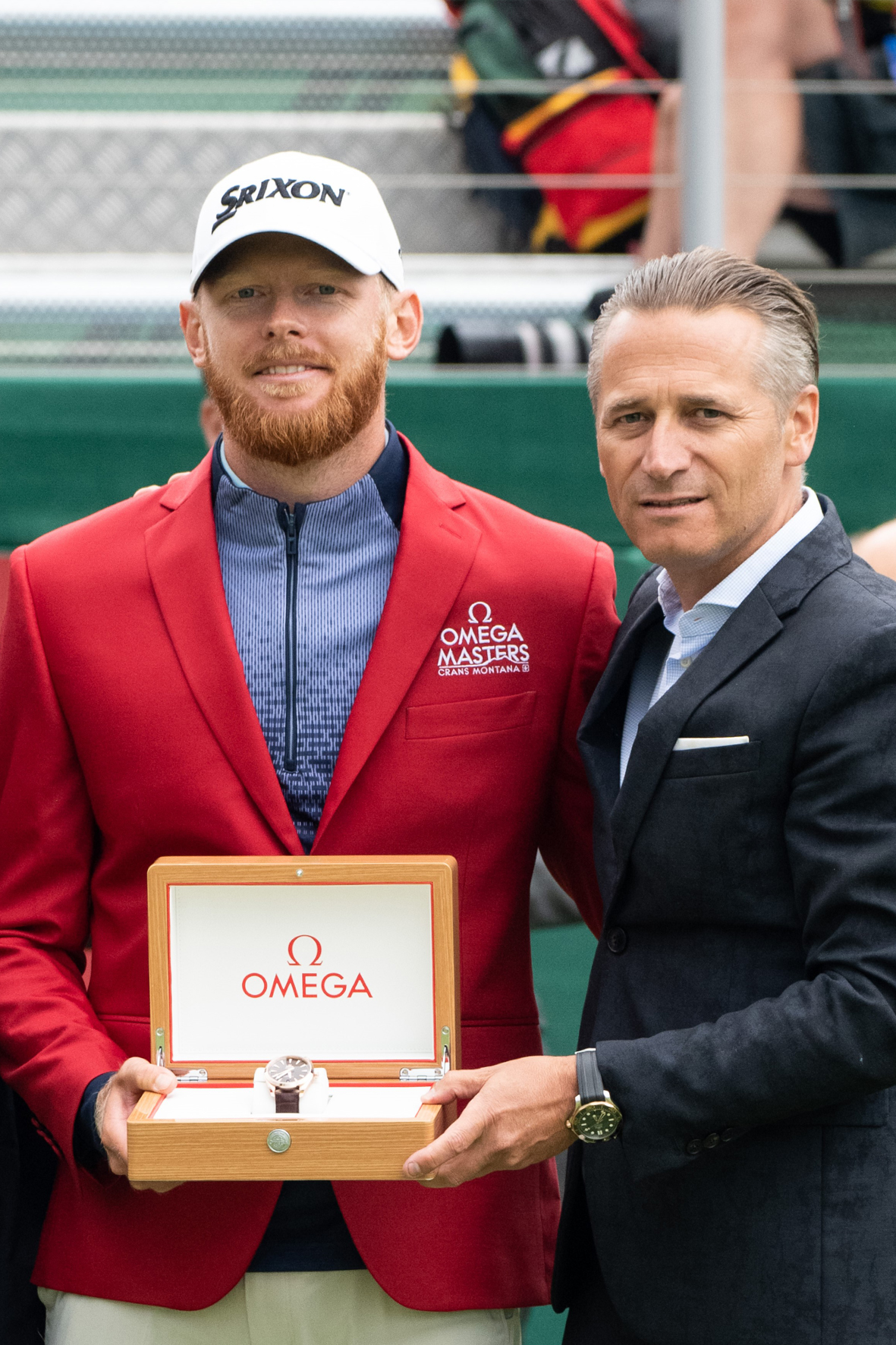 The prestigious tournament was also the occasion for OMEGA to unveil its latest watch: the Seamaster Aqua Terra “Ultra Light” – which was seen on the wrists of Rory McIlroy, Sergio García and Tommy Fleetwood, each player wearing one of the three available colours: red, green or blue. 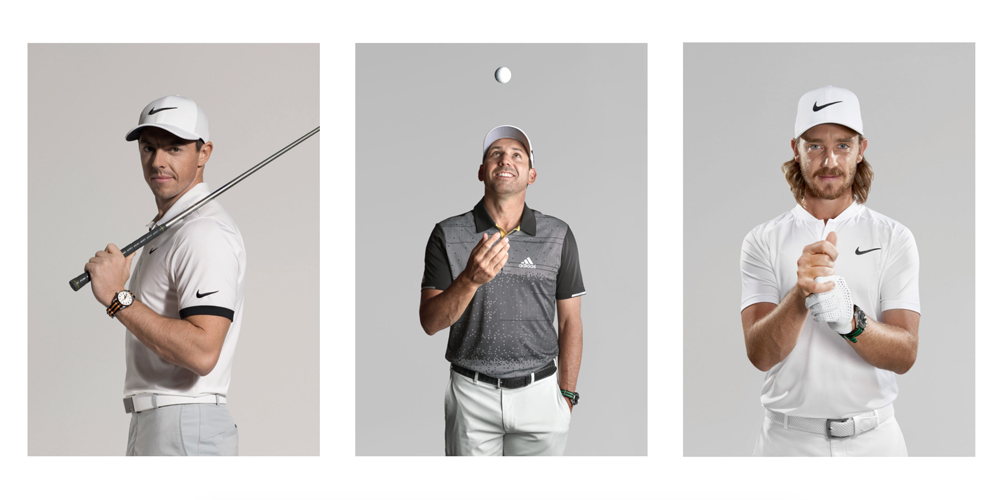 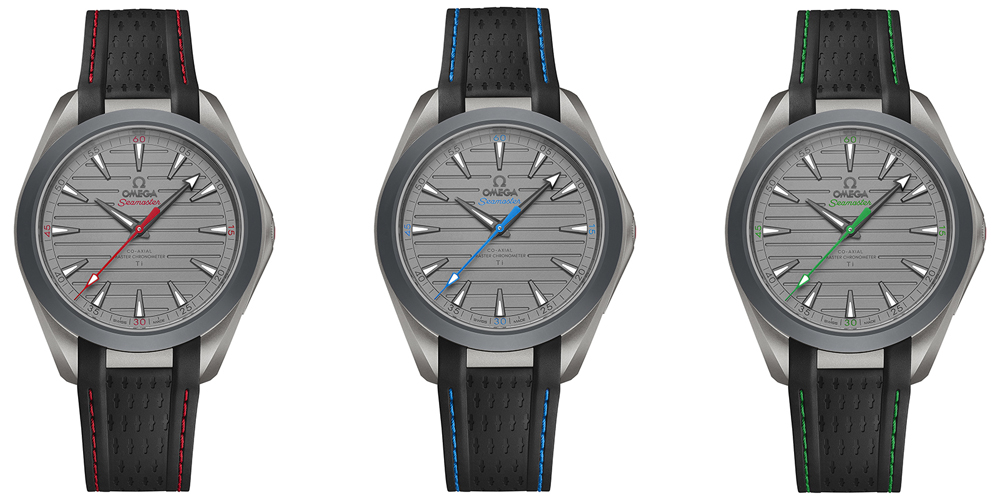 Conceived for the athletes, the new OMEGA sports watch – as stated by the name “Ultra Light” – only weighs 55 g. The 42-mm case, the case back and the crown are made of an alloy called Gamma Titanium, used by the brand for the first time. The unique material is in use in the aeronautical industry for its remarkable resistance: it is harder and lighter than normal titanium. Furthermore, after researches and tests, OMEGA also reduced the quantity of material used for the dial in order to make the watch even lighter, without modifying its look. 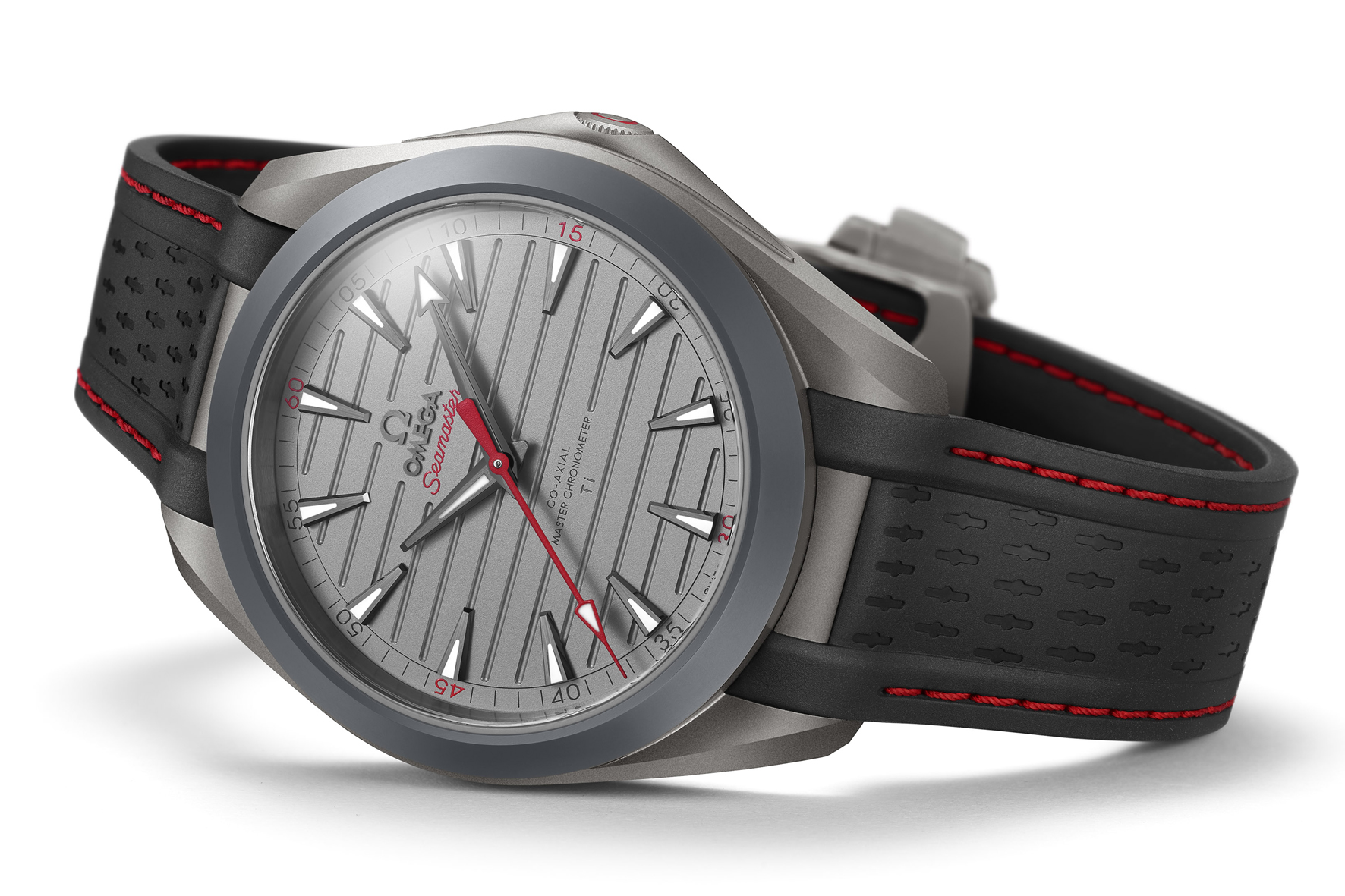 Designed to be lighter and more comfortable, the Seamaster Aqua Terra “Ultra Light” also presents another innovation: the telescopic crown which can be hidden inside the case when not in use. An ergonomic feature to avoid limiting the athlete’s freedom of movement during the game. 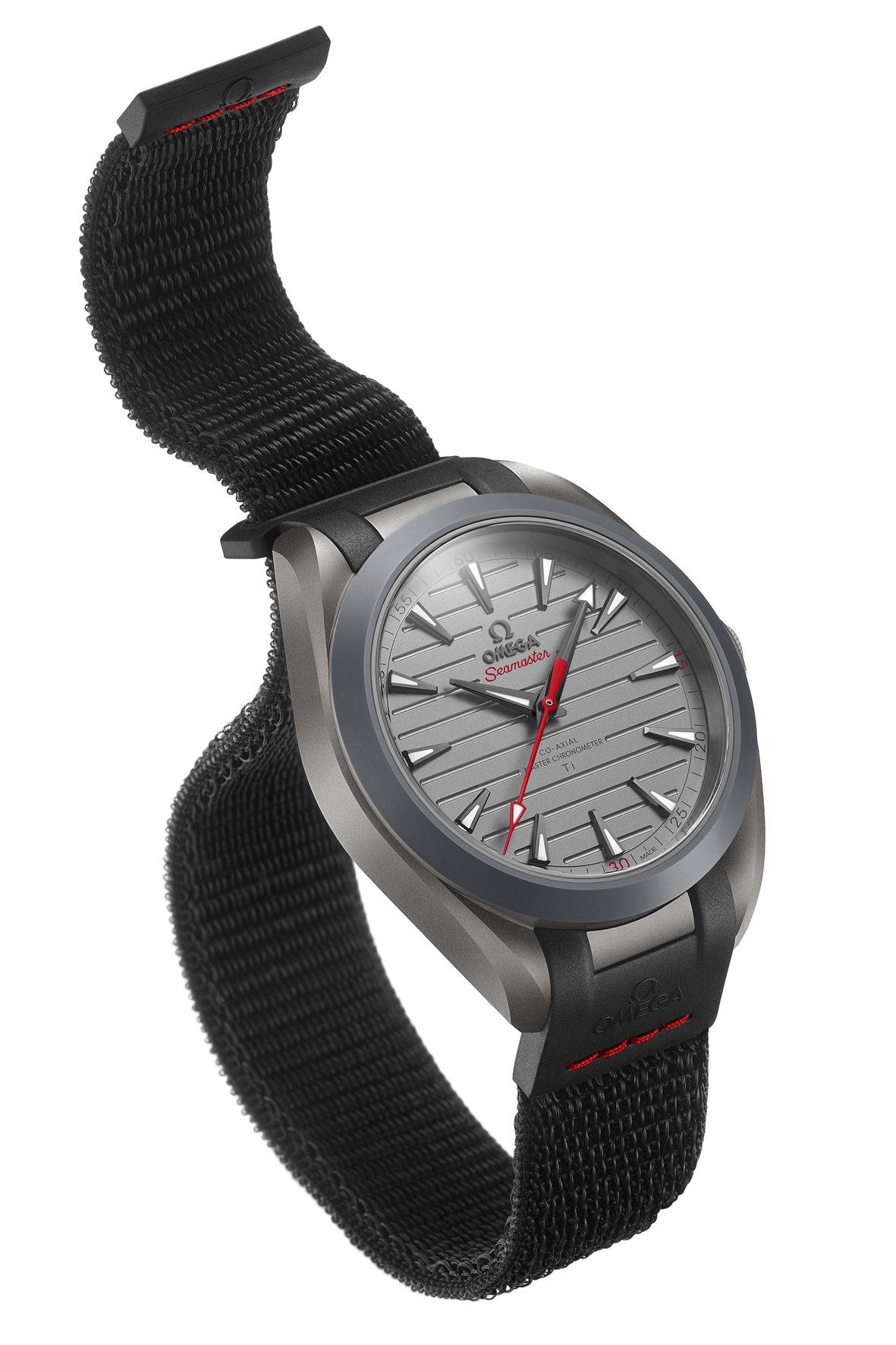 Rory McIlroy, who helped the OMEGA product development team to create the watch, declared: “I’m proud to have played a role in the development of OMEGA’s new lightweight sports watch. I know what an athlete needs in a watch and through collaboration with OMEGA we were able to modify the timepiece. The new “Ultra Light” is an absolute pleasure to wear, whatever sport you play.” 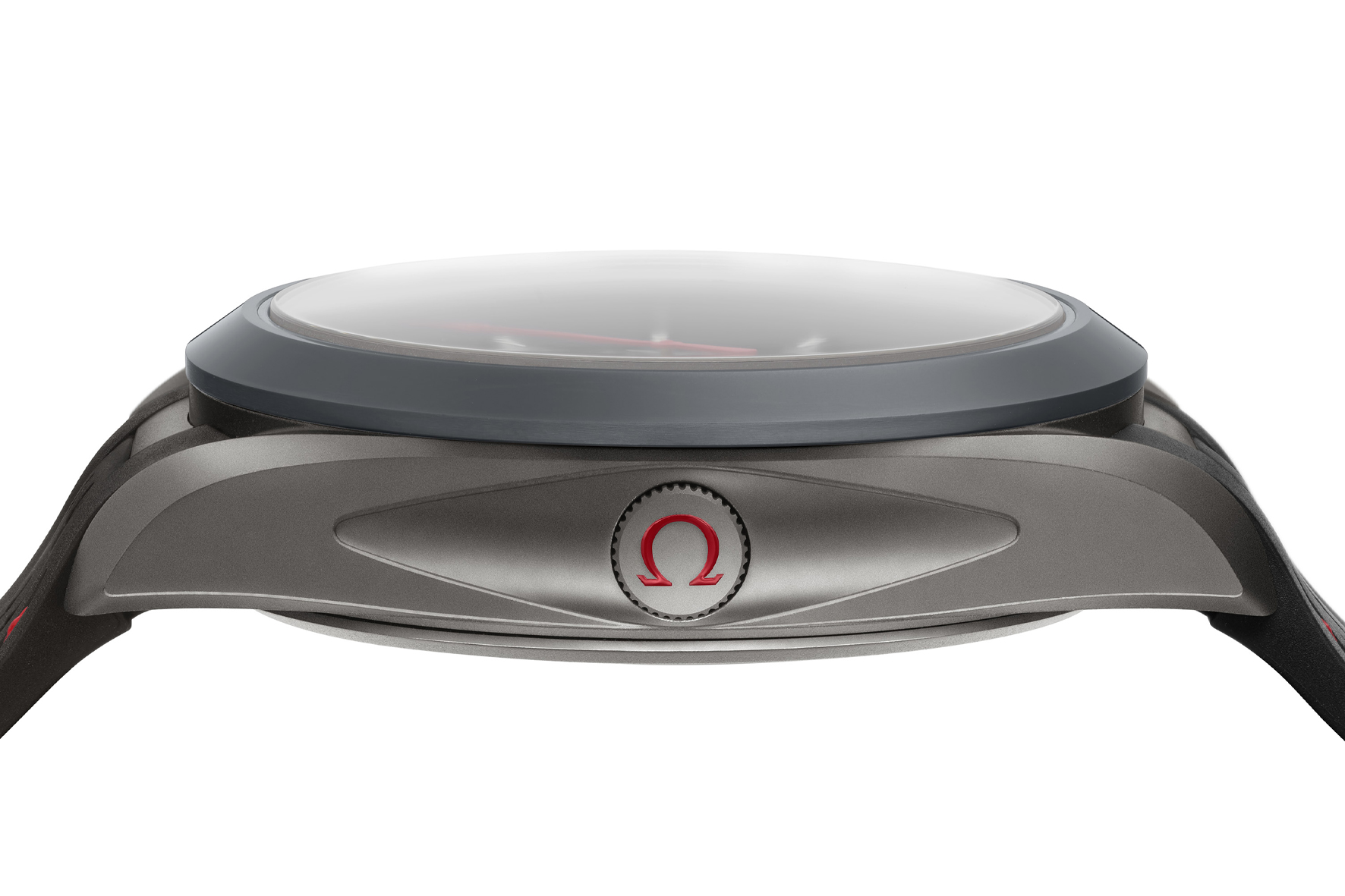 “We are an industrial brand and manufacture, but we are bound in a particular way to some sports,” said Raynald Aeschlimann, OMEGA President and CEO. “This time we wanted to meet the needs of some of our athletes by creating a watch that doesn’t create any problem to the wrist. To develop it, we had the chance to collaborate with a friend like Rory, a person of incredible precision and clarity. This is where the necessity to have the maximum lightness on the wrist comes from, and this is why we chose to create a model with three hands, and not a chronograph.” 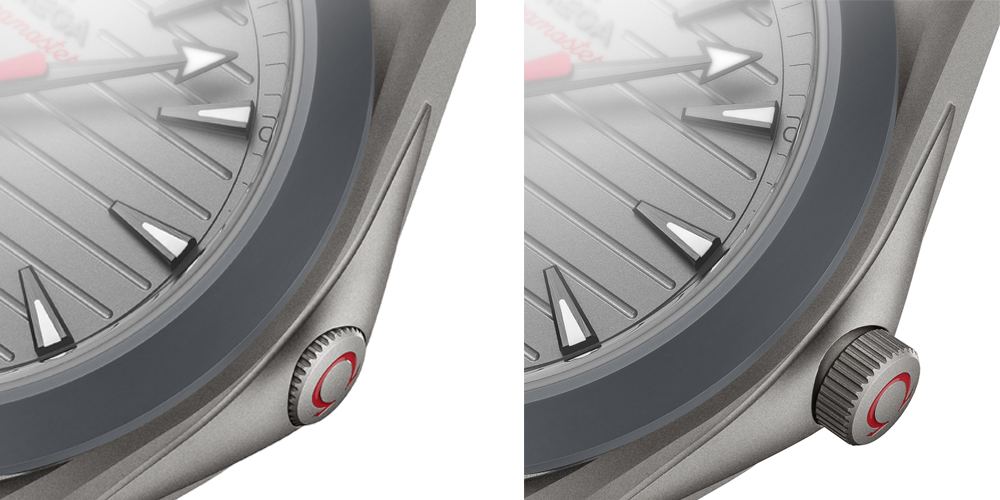 Inside the timepiece pulses Calibre 8928 Titanium, the first OMEGA movement made of titanium. The bridges and main plate are made of ceramised titanium, ensuring less friction between the components and giving the movement its distinct gray color. The calibre is a manual winding movement with Co-Axial escapement. Certified Master Chronometer by the Swiss Federal Institute of Metrology (METAS), the Calibre 8928 Titanium is resistant to magnetic fields up to 15.000 gauss, and water resistant up to 150 meters. 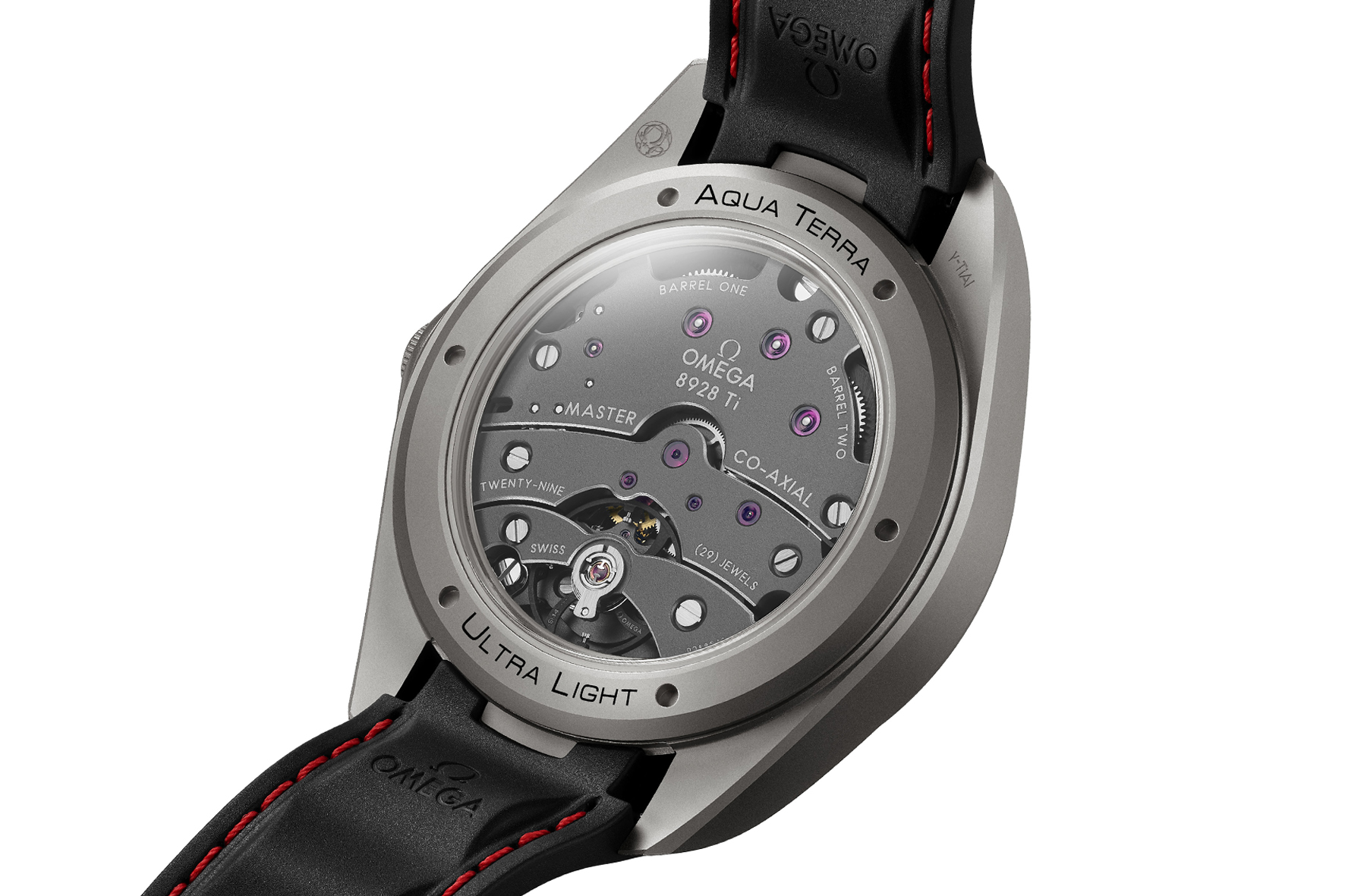 The Aqua Terra “Ultra Light” presents a mattified finish, and touches of colour on the aluminium seconds hand, Seamaster logo, quarter hour indexes and strap stitching. Available with a rubber strap and an extra one made of fabric, it will be launched on the market at the beginning of 2020 for €46.500. 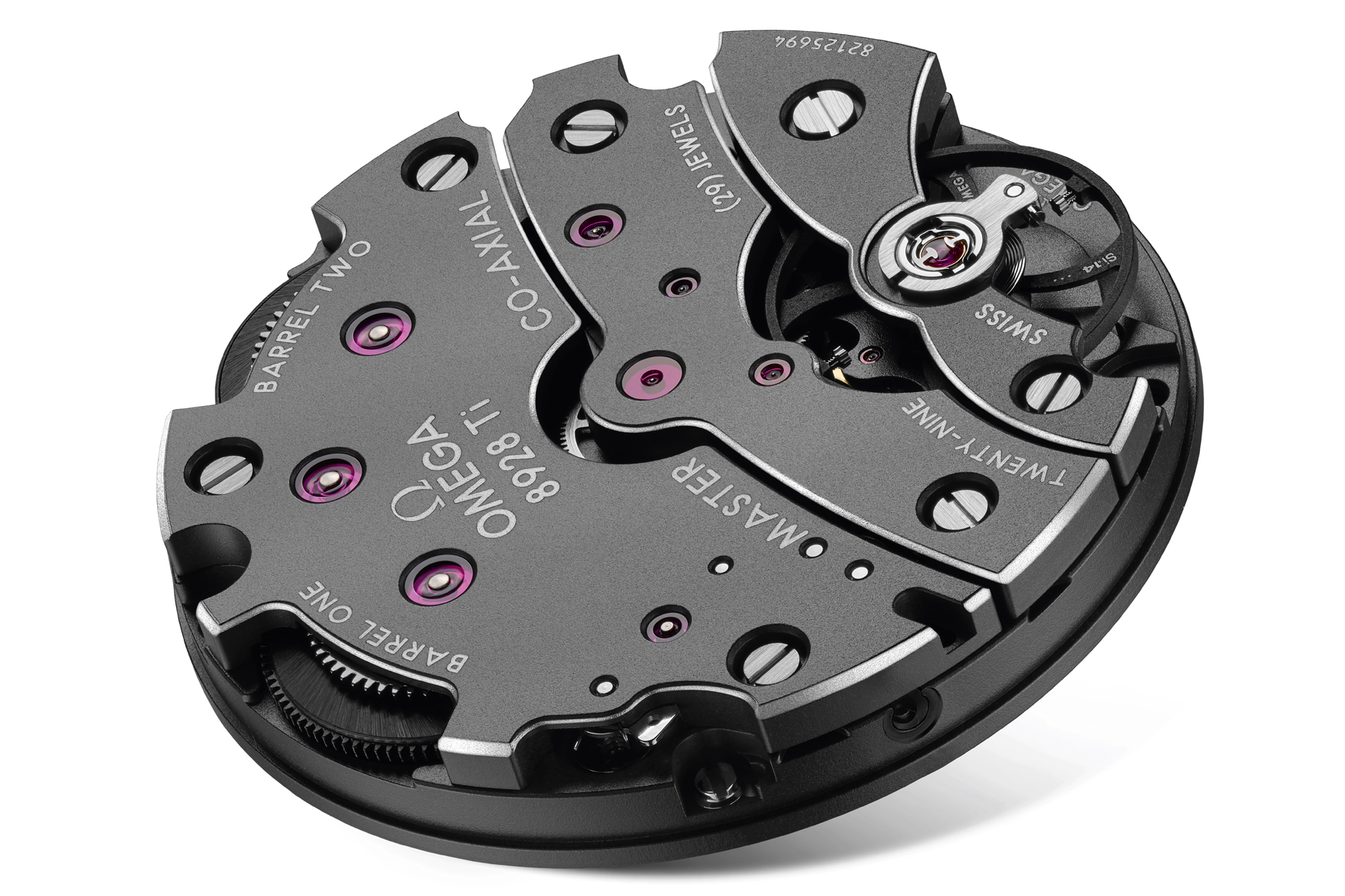 “This model’s price is not only related to research and development,” the CEO concludes,“but to every single component of the watch. It is not to forget that Gamma Titanium is a material that is hard to process, and that the entire movement is made of titanium. The price is aligned with that of a haute horlogerie model, and the technology behind it requires an incredible amount of work indeed.”