After this year’s successful launch of the TimeWalker ExoTourbillon Minute Chronograph at the SIHH in Geneva, Montblanc is completing the TimeWalker Collection with the new Time Walker Pythagore Ultra-Light Concept dedicated to the badminton champion Lin Dan. 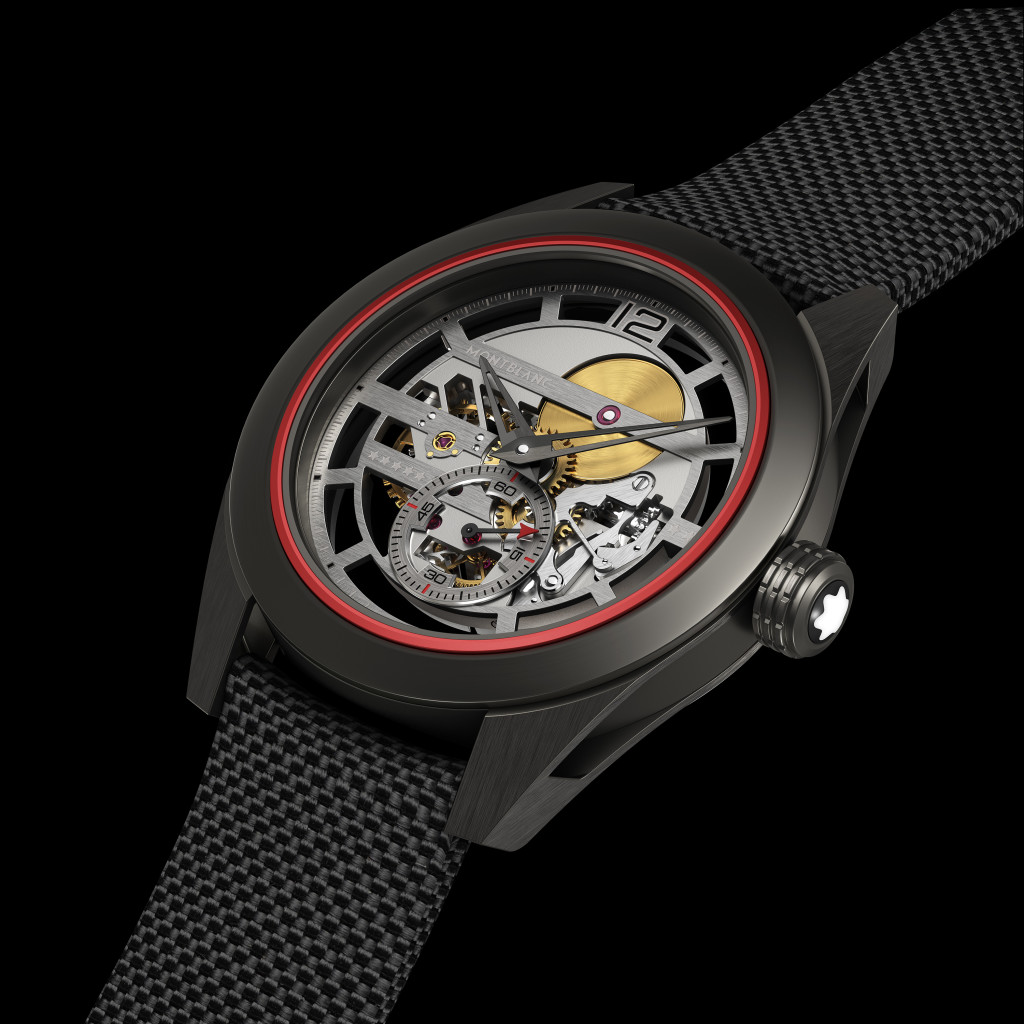 Montblanc has concentrated its research and development on innovative and revolutionary materials for the TimeWalker Pythagore Ultra-Light Concept. The Maison’s engineers have worked on a combination of black DLC titanium for the horns and ITR²®Kevlar®/Carbon elements for the middle case, case back, bezel and crown, making the new TimeWalker Pythagore Ultra-Light Concept one of the lightest mechanical timepieces in the world — a mere 14.88 grams.

A close look at the face of the timepiece reveals a number of technical details that increase the sportiness, weightlessness and performance of the TimeWalker Pythagore Ultra-Light Concept. The decision to skeletonize the movement was not only an aesthetic choice, however, as careful attention was paid to keeping the overall weight to a minimum. Even the small seconds subdial at six o’clock has been skeletonized for additional lightness and transparency. This anthracite subdial has been crafted out of super-light anodized aluminium and applied directly to the titanium mainplate, along with its elegant red-tipped Minerva arrow for increased legibility. Other specific details include an engraving at eight o’clock of the five stars from the five most important championships won of the Badminton’s Grand Slam, an engraving at three o’clock of the two stars from the two rounds of the Badminton’s Grand Slam won by Lin Dan, a minute track that has been etched directly onto the mainplate with black dots framed in grey for the five-minute markers and black anodized aluminium and skeletonized lance-shaped hands. All these elements reinforce the strong TimeWalker signature aesthetics, while keeping performance at the forefront of design. 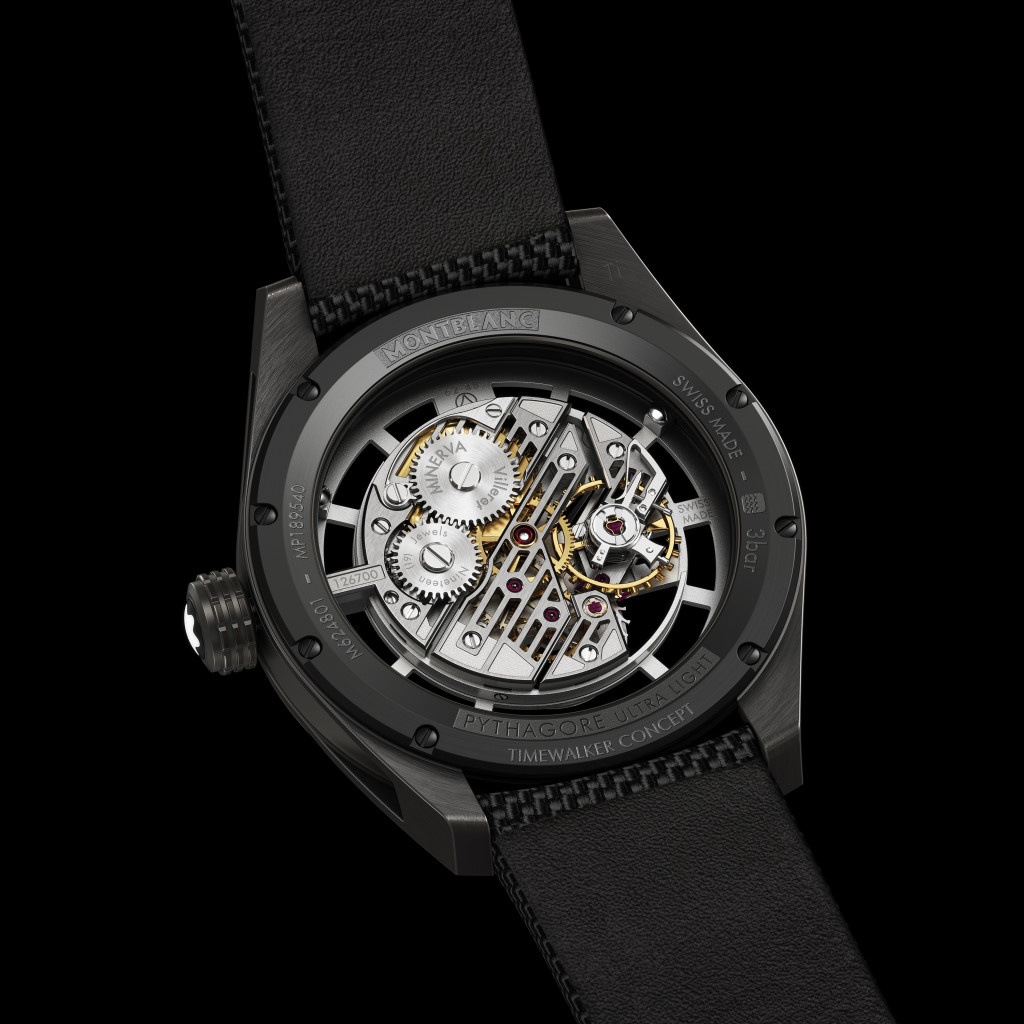 The TimeWalker Pythagore Ultra-Light Concept is equipped with the new Montblanc manually-wound Calibre MB M62.48, featuring the hours, minutes, small seconds with a 50-hour power reserve. The skeletonized main plate and the five bridges have all been crafted out of titanium for an extreme lightness, while preserving the robustness of the movement.

The bridges have been given a three-dimensional effect with alternating satin and grained finishes, while the other components have been hand-chamfered, hand-polished and hand-satin finished. The result is a highly contemporary, ultra-light movement of only 4.73 grams.

Back To The Future: Road To 1858 With Montblanc