MB&F introduces Music Machine 3, a music box – if we may put it that way- inspired by the famous Star Wars TIE fighter. 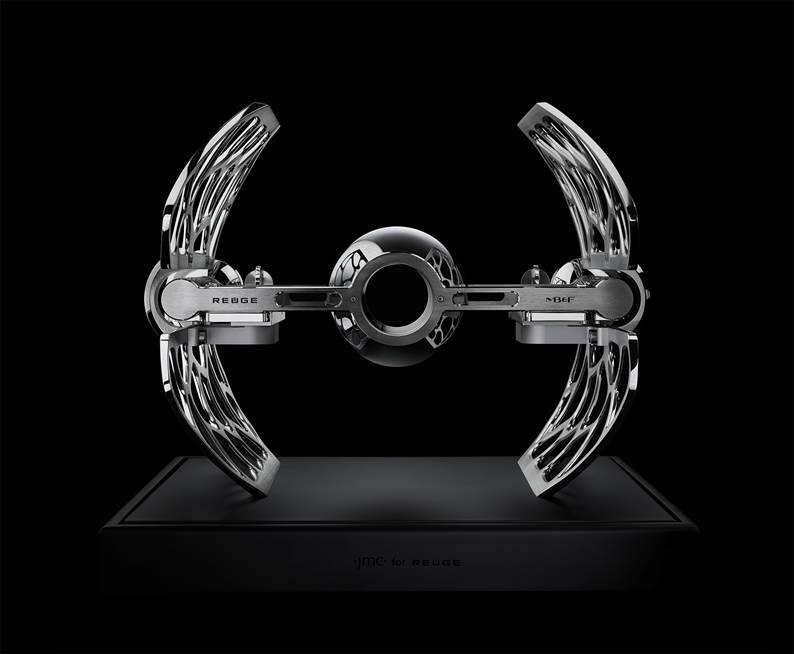 MM3 is an authentic work of art developed and crafted according to MB&F’s design, REUGE’s experience and JMC Lutherie’s technique capabilities. 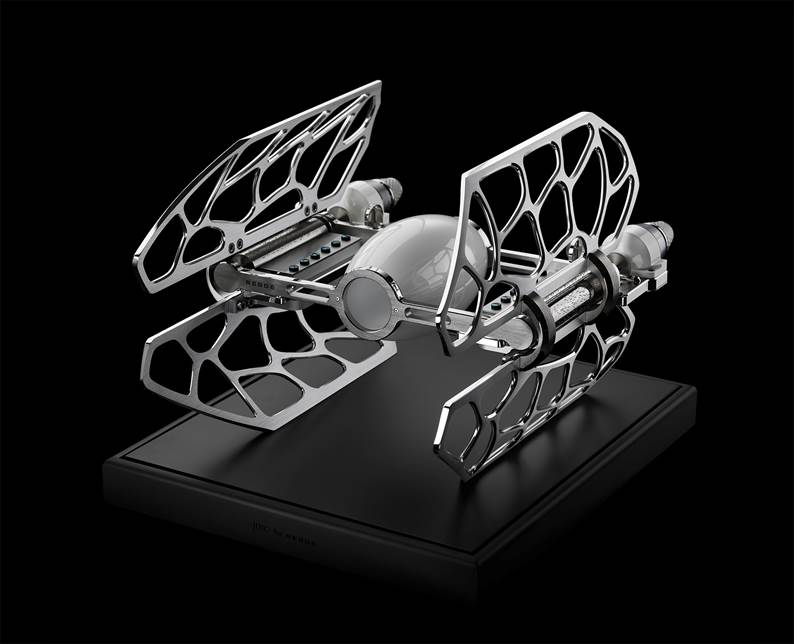 The lattice-like vertical wings support and protect the dual music cylinders, each playing three melodies: the theme tunes from Star Wars, Mission Impossible, and James Bond on the right and The Godfather, Merry Christmas Mr. Lawrence, and The Persuaders on the left. 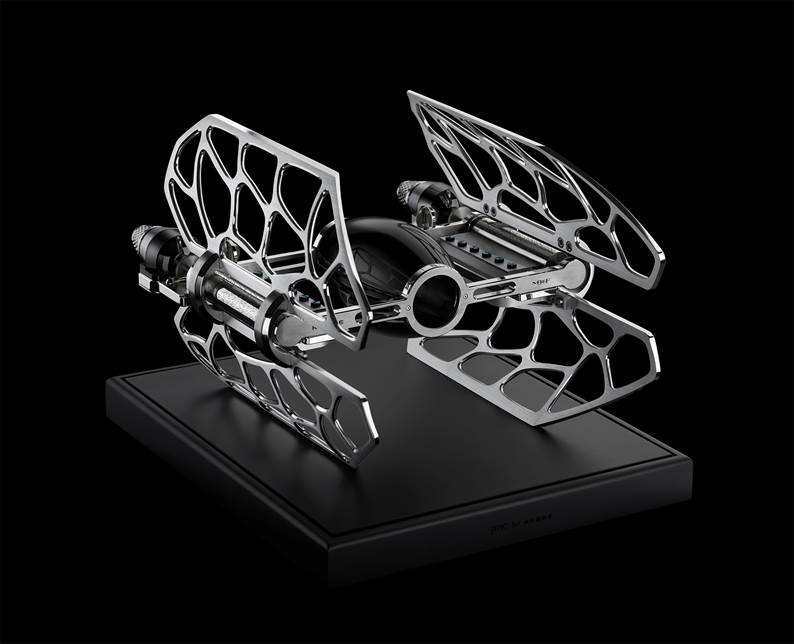 MusicMachine 3’s music is powered by two independent movements mounted on the two tail sections. Each movement has its own winding key (disguised as thrusters), a mainspring barrel, a horizontal cylinder with pins, and a comb with hand-tuned teeth sounding each note. Each cylinder plays three melodies. An air regulator in the form of a circular fan (resembling a rotating radar dish) governs the unwinding speed of each cylinder.