Presented in 2014, the legacy Machine 101 houses the very first movement developed entirely in-house by MB&F. The latest addition to the series is the LM101 Palladium edition, the first MB&F piece in palladium, a rare silvery-white metal. The naturally white colour of palladium contrasts with a new sunray dial, which varies between grey and shades of blue and green depending on the light. 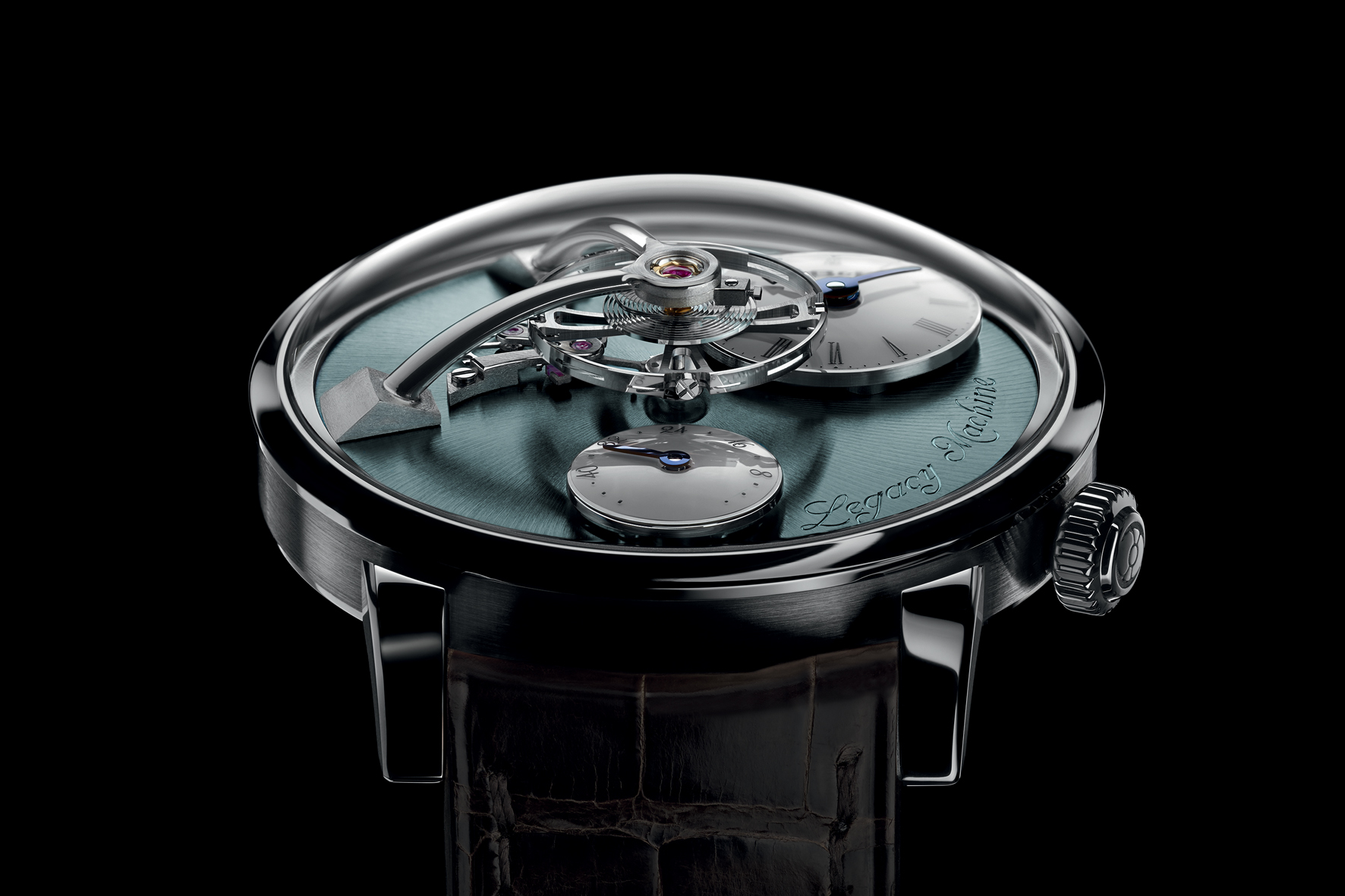 Visually, LM101 is dominated by the monumental suspended balance wheel, its sedate oscillations drawing the eye ever closer. Two pristine-white subdials hover just above the sunray engraved movement top plate: At the top right, legible hours and minutes are displayed by beautiful blued- gold hands contrasting against the immaculate white, while the 45-hour power reserve indicator is displayed in a smaller, but similar subdial below. 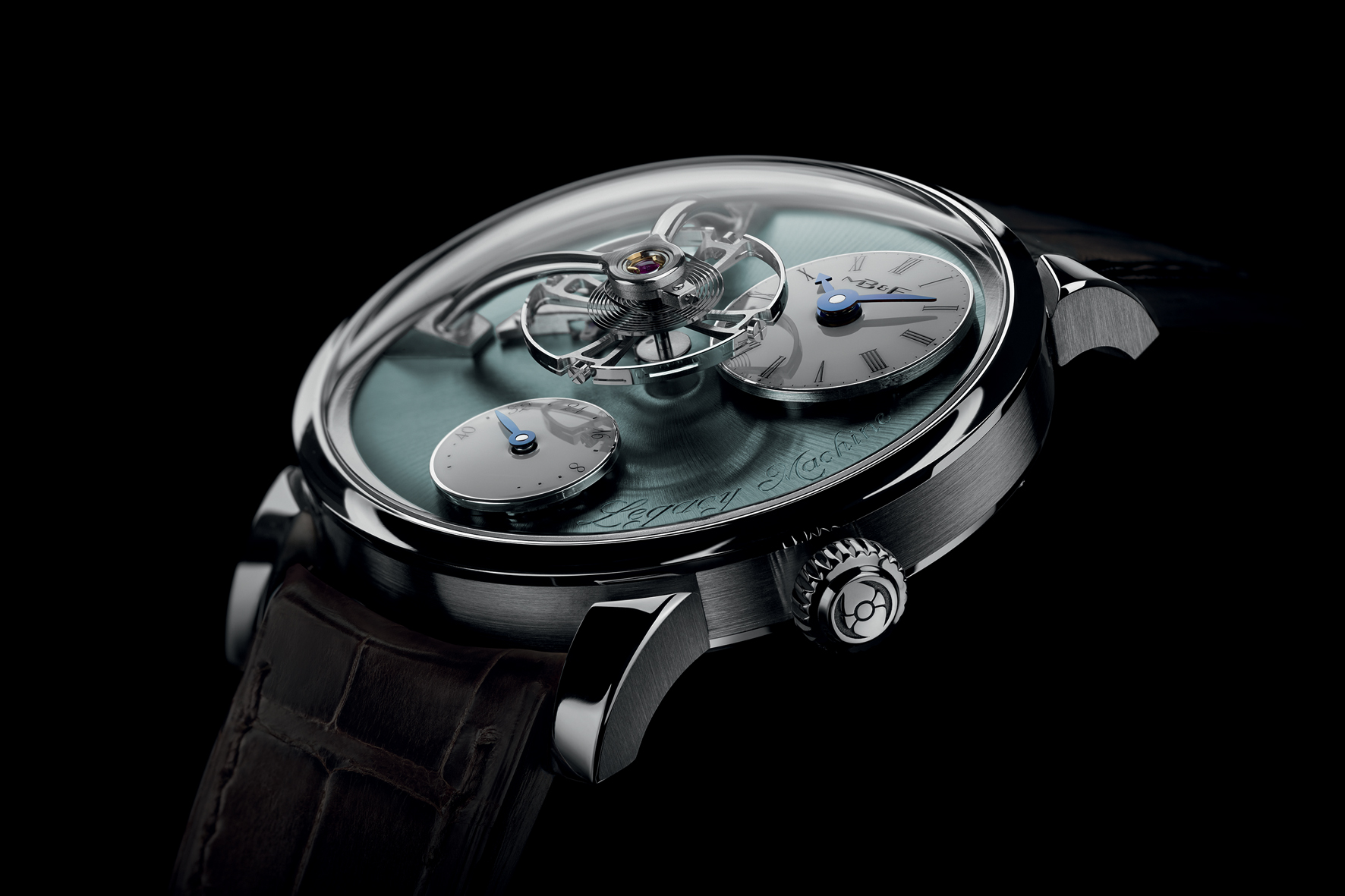 Turning over Legacy Machine 101, the display back crystal – domed to reduce the thickness of the caseband and, visually, the height of the watch – reveals the exquisitely hand-finished movement. A manual winding engine with single mainspring barrel with its undulating Geneva waves, hand polished bevels, gold chatons and countersunk blued screws. 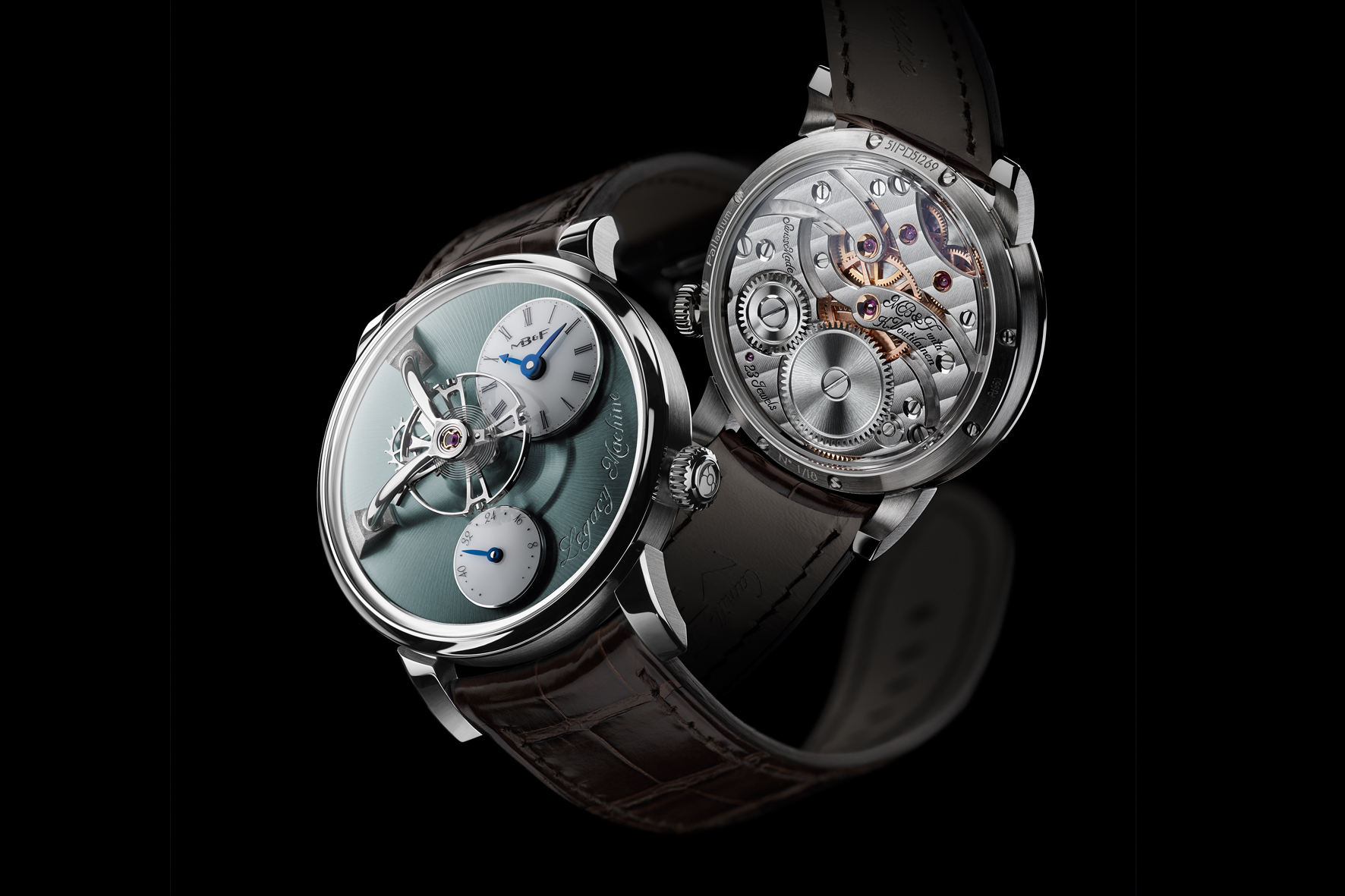