MB&F celebrates its 10th anniversary in 2015 introducing the new “HMX” in a limited edition.
With this timepiece, Maximilian Busser wanted to thank all collectors and friends who have supported the brand. Instead of developing an ultra-complicated, ultra-expensive anniversary piece (standard practice in the watch’s world) MB&F decided to offer an Horological Machine at an unprecedented price. 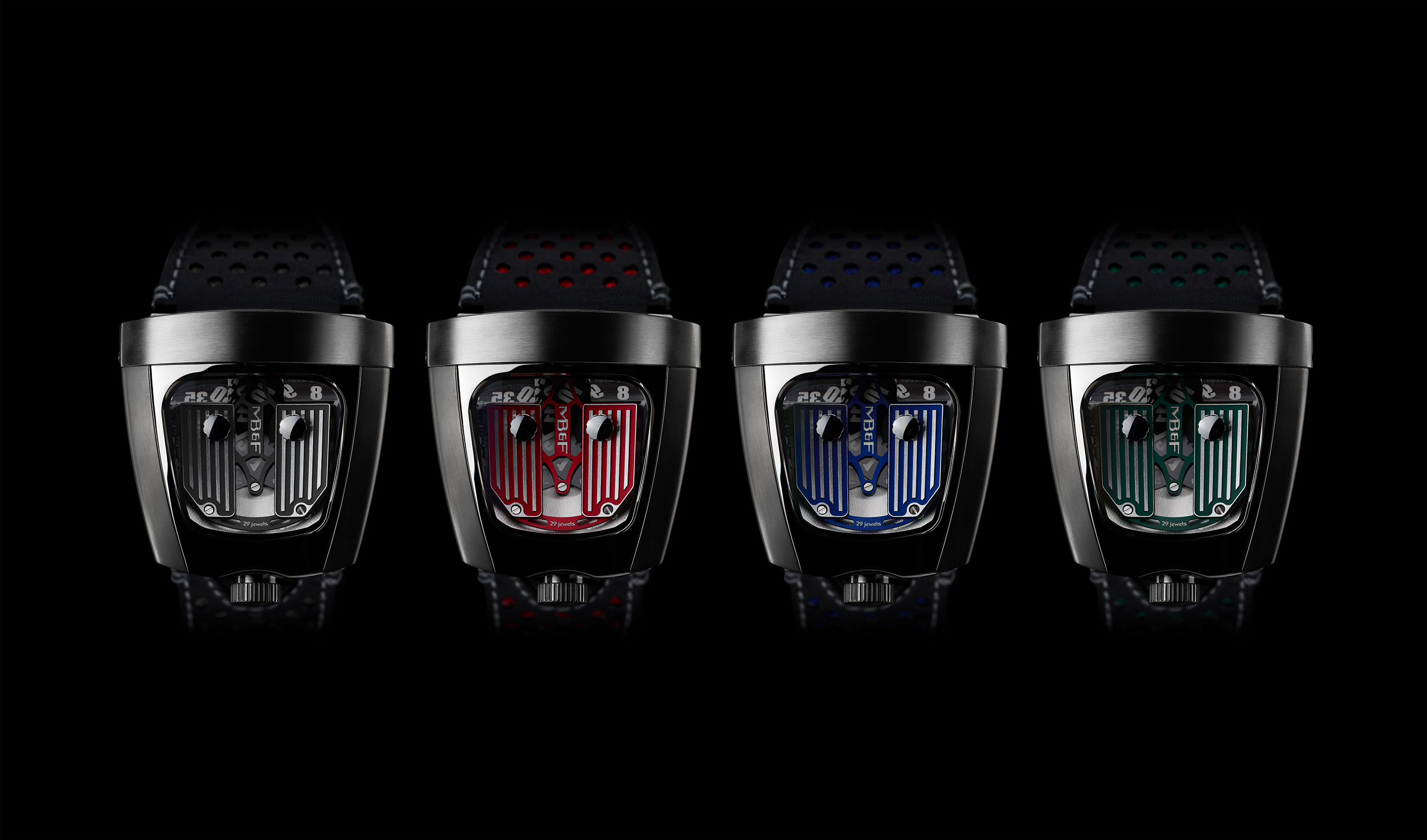 HMX displays bi-directional jumping hours and trailing minutes.
Apparently simple, it’s how and where the time is displayed that makes HMX so special.
Rotating discs on top of the movement feature mirror image numerals. These are reflected 90° and magnified by two sapphire crystal optical prisms that project the time into the front vertical display. The light that passes through the transparent cover both illuminates the top of HMX’s engine and backlights the time display.

Through the sapphire crystal engine cover , on top of the movement , you see supercar-inspired “rocker covers”,each featuring shiny chrome oil filler caps. These oil caps are not just design elements, but are fully functional oil caps that the watchmaker unscrews to oil the jewelled bearings for the indication discs. 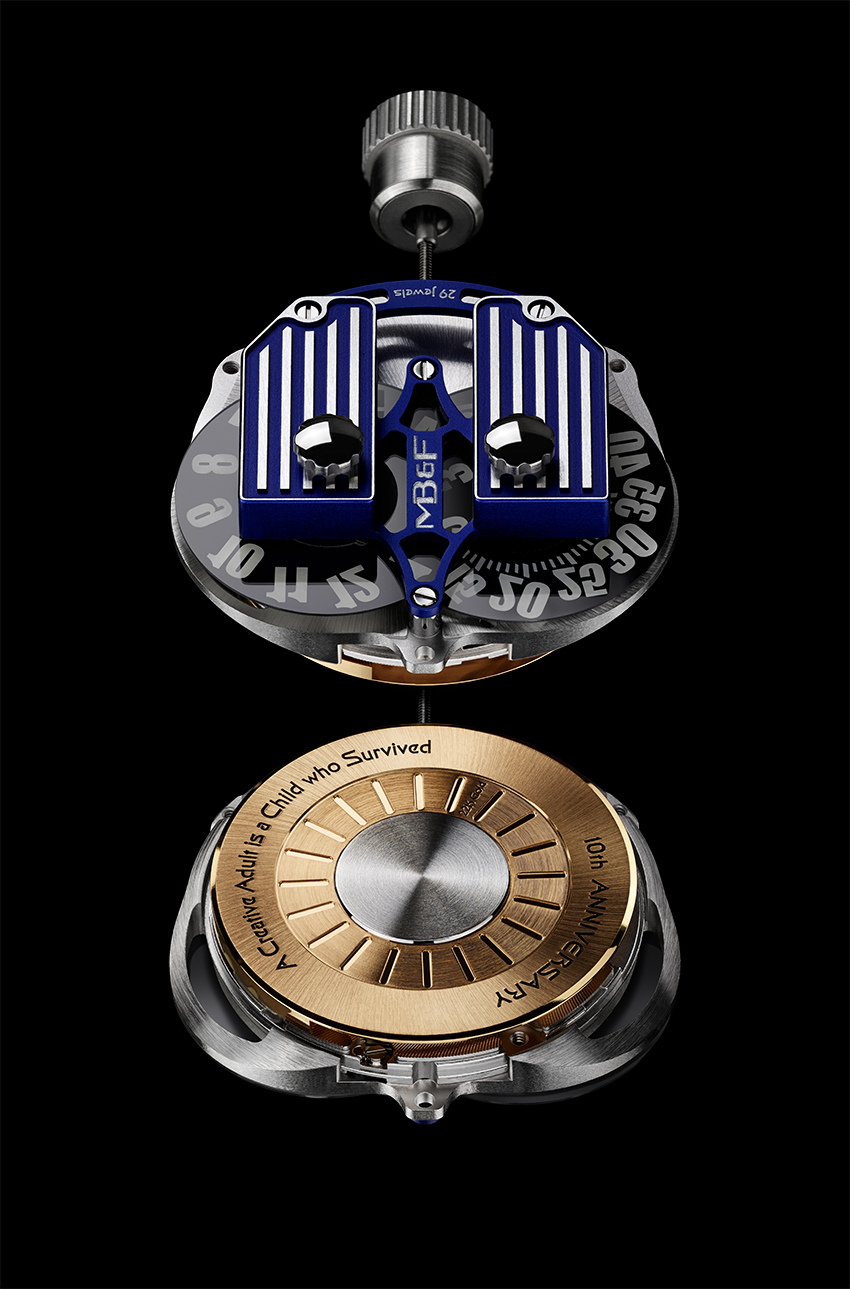 The HMX features an automatic winding mechanical movement and it’s topped up by a 22K gold rotor visible through the display back.