We find ourselves in the amazing Piazza di Spagna, in Rome, for a unique event.

For the first time in history, IWC displays part of the PILOT’s collection of the Schaffhausen museum, here, in their Roman boutique.

We will travel through the origin and history of this incredibile series through the most rare and important 7 models of their historic collection, dedicated to world of aviation, that thrilled collectors and watch lovers for the past 80 years. 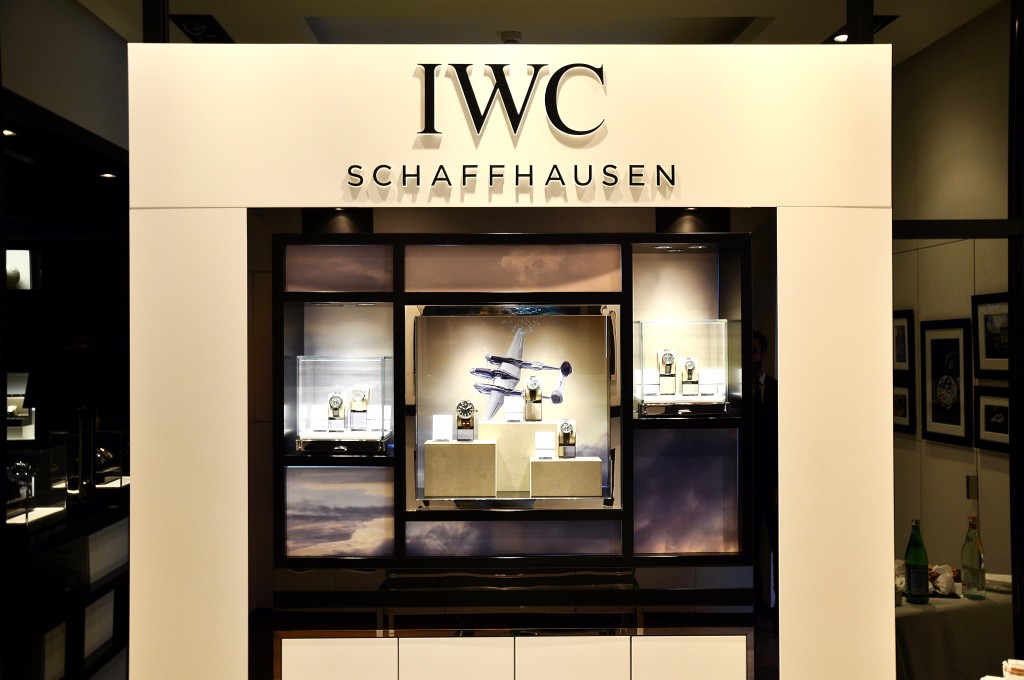 Let’s discover this marvellous timepieces together:

Conceived and created by the two sons of the old owner, Ernst Jakob Homberger, this was the first watch that started to bind IWC to the aviation world. Born to offer to pilots a very precise instrument that could be extremely reliable even in the most extreme conditions, it had an unbreakable glass, rotating bezel with index to track short times, anti-mangnetic escapement & glowing hands and numerals. 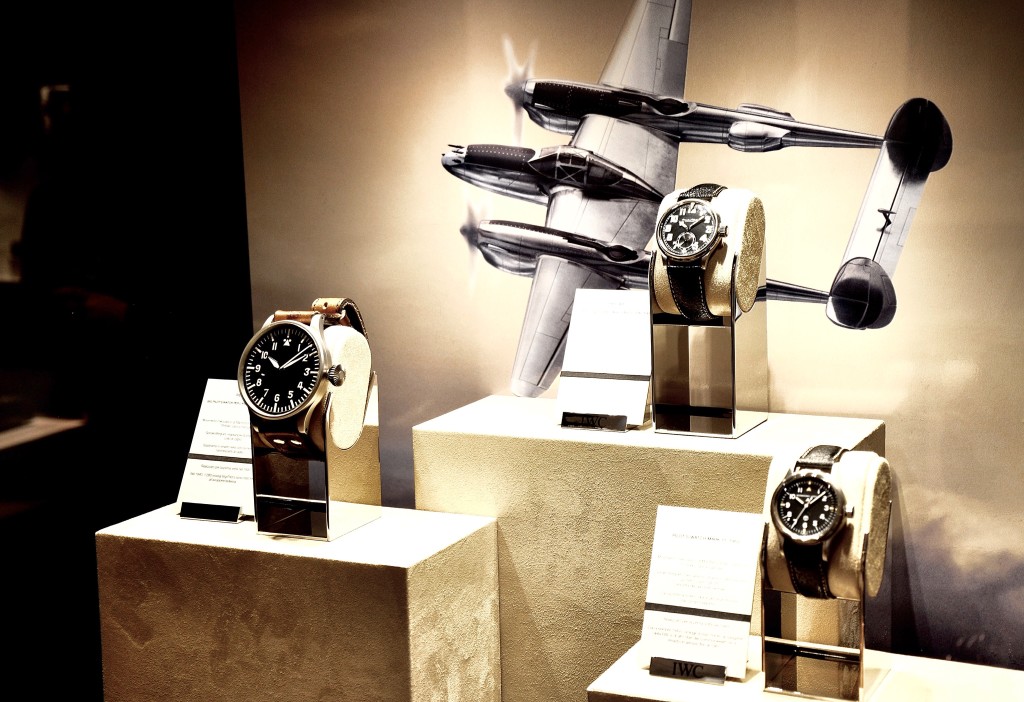 Commissioned by IWC from the German aviation “Luftwaffe”in 1000 pieces, this model became, thanks to its big diameter (55mm large and 16,5mm height, 183g heavy), the biggest wristwatch ever produced by IWC. The extra long strap, with double loop and buckle, allowed militars to wear it on their uniform.

In a competition announced by the British government, IWC developed a set watch for the RAF aviators, the “Royal Air Force”. The two most important features of the Mark XI were the big central second hand with stop-system (to increase the precision) and the internal case made by iron, that was protecting the movement from magnetic fields. This legendary reference had been produced for over 30 years, until 1981.

In this version of the Pilot, IWC presented an automatic winding caliber, with Ratrappante chronograph system, to measure the difference between two timelines. 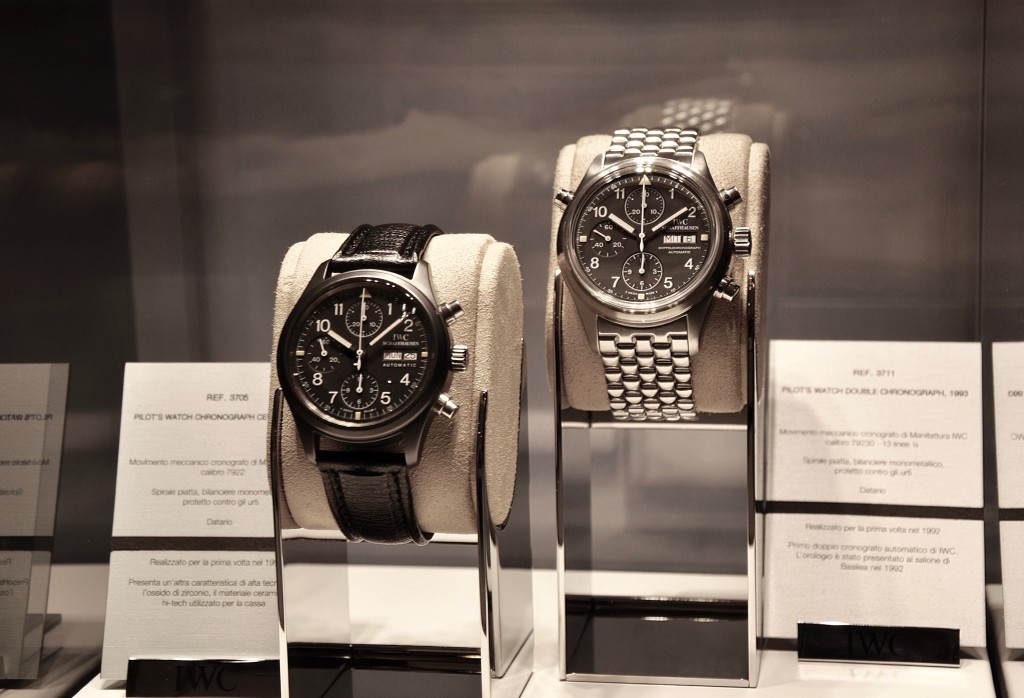 In 1994 the Mark XII with automatic movement and date replaced the Mark XI. 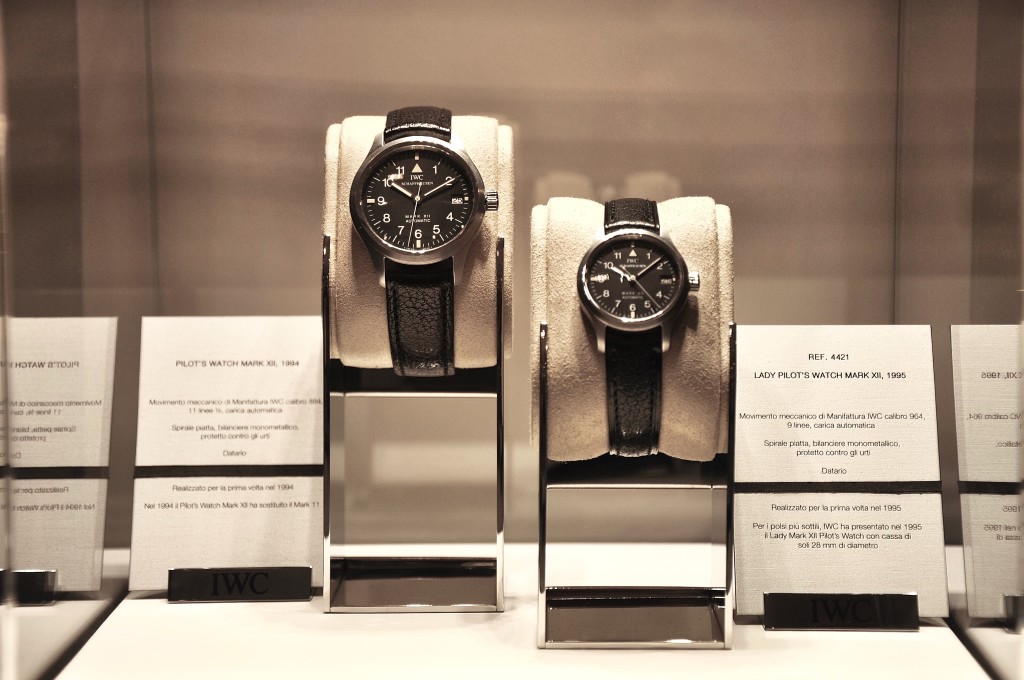 A Pilot dedicated to women’s wrist, with a 28mm diameter.

But that’s not all, the moment I literally dropped my jaw was when they pulled out the new BIG PILOT’S HERITAGE WATCH 55…! Yes, exactly the one presented this yeat at the SIHH in a limited edition of 100 pieces. This model takes inspiration from its 1940 ancestor, despite that it’s realized in titanium and weight less than 150 grams. The 55mm case encloses a mechanical movement with manual winding, featuring small seconds with stop function. The internal part of the case is in iron, and protects the watch from magnetic fields. The BIG PILOT’S HERITAGE WATCH 55 is made for true collectors and lovers of aviator watches. 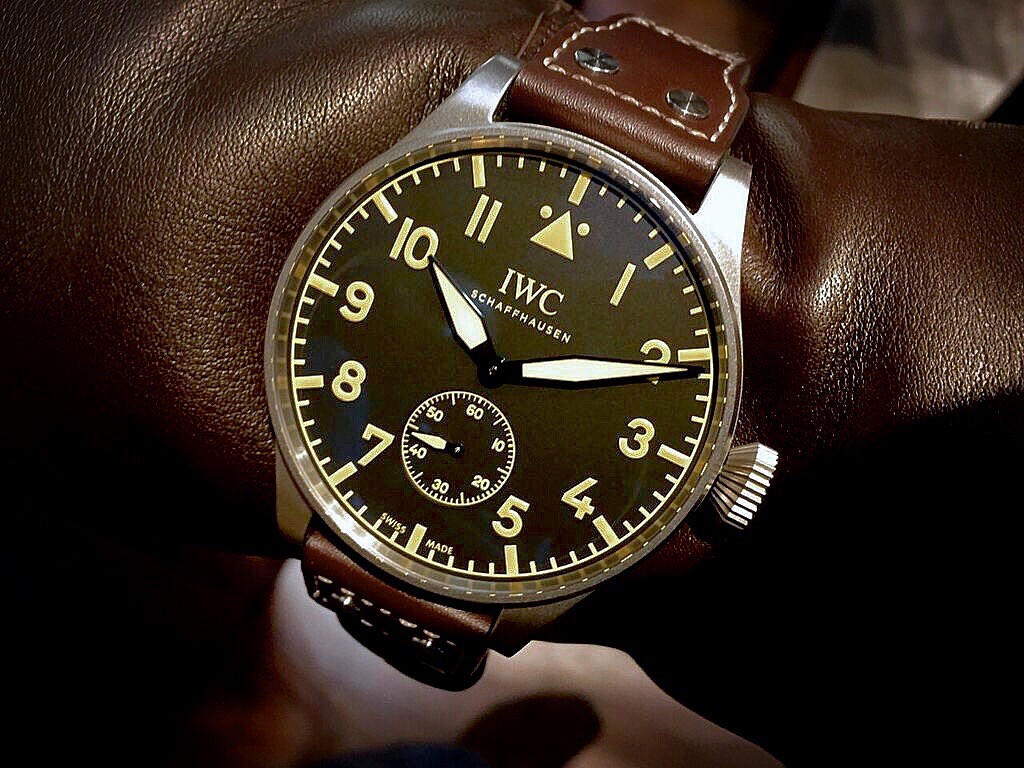 For all the IWC aficionado, we remind you that you can admire this amazing collection (by booking an appointment) live at the IWC boutique in Piazza di Spagna, Rome, from the 2nd to the 8th of May. 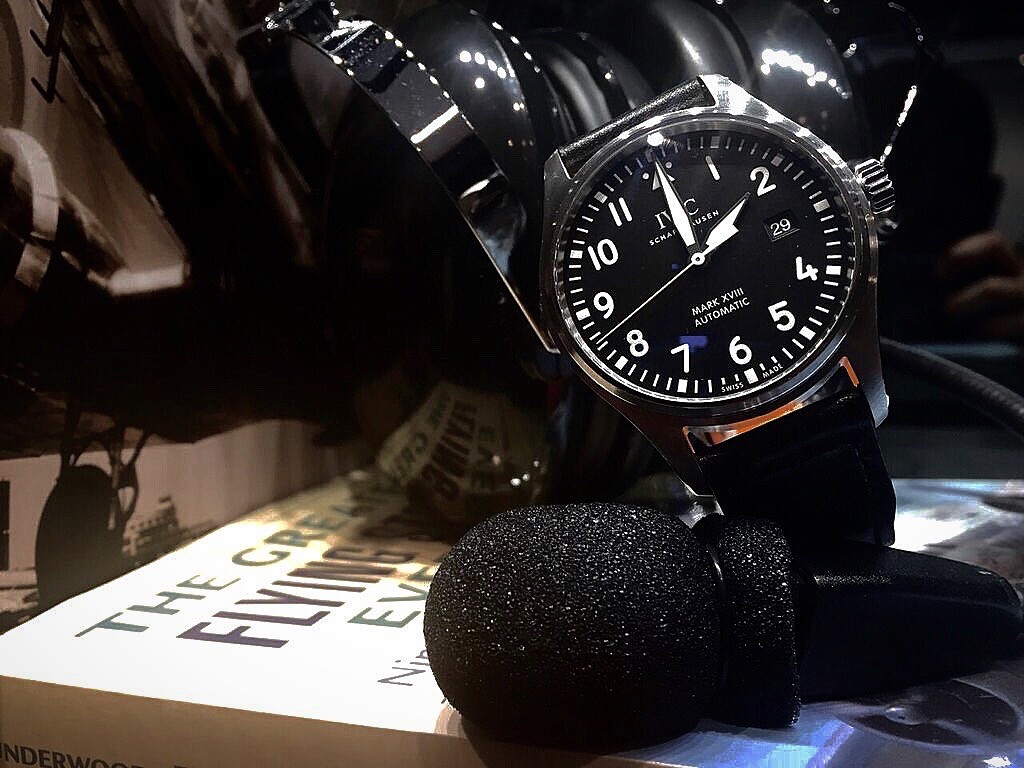 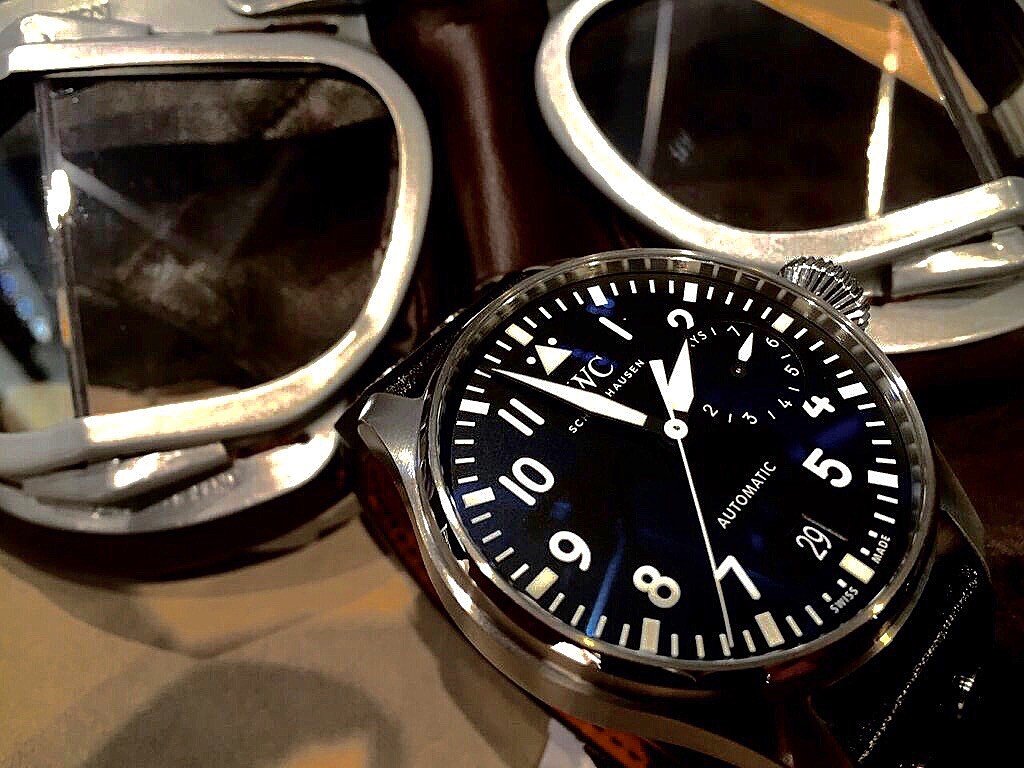 IWC and Mercedes-AMG Petronas: A Pilot’s Watch to Team Up With 

Come fly with me: IWC Back To Flight With The New Pilot’s Watch Chronograph 2021