“People are very cognisant of the design shake up that took place in the 1970s and in the early 2000s. However, creative expressions of case form and dial design have occurred during every decade of our history. For [Re]master01, we chose to explore the strength and elegance of one of our chronograph wristwatches from 1943 through the prism of 2020. This is not a historic reissue – it is a contemporary remastering of one of our past creations.

Like a remastered recording from the 1940s, [Re]master01 Selfwinding Chronograph reinterprets one of Audemars Piguet’s rare chronograph wristwatches with the Manufacture’s latest technology and a dial design increasing legibility for the present day. 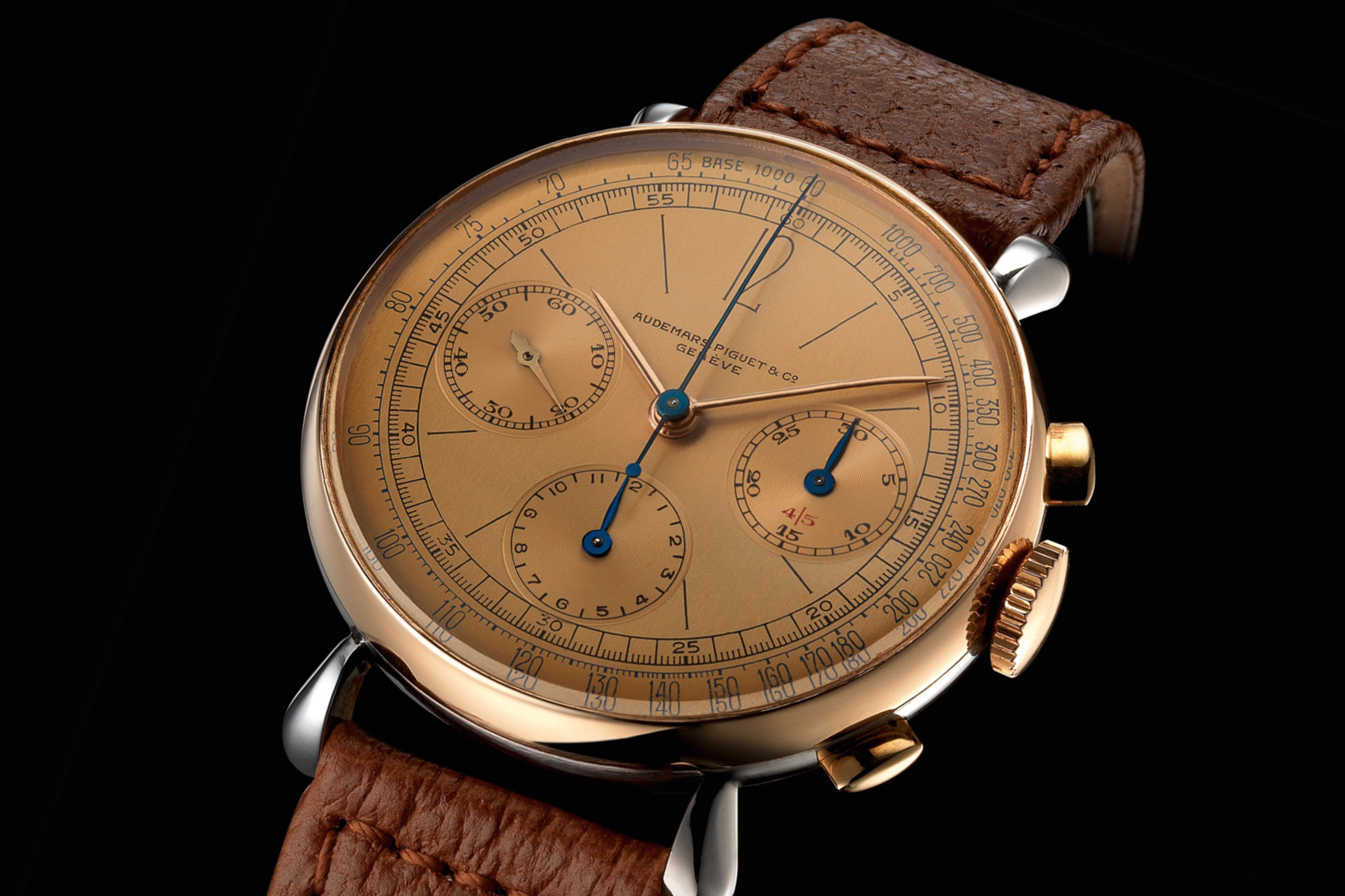 Every Audemars Piguet watch was unique until 1951. The Manufacture’s vintage chronograph wristwatches are among the rarest in the world with only 307 units made between the 1930s through the 1950s. This first reinterpretation project from the past brought the Maison to a this limited edition of 500 pieces evokes the highly distinct design attributes of the original chronograph wristwatch from 1943, with its two-tone steel and pink gold case enhanced with a champagne dial. 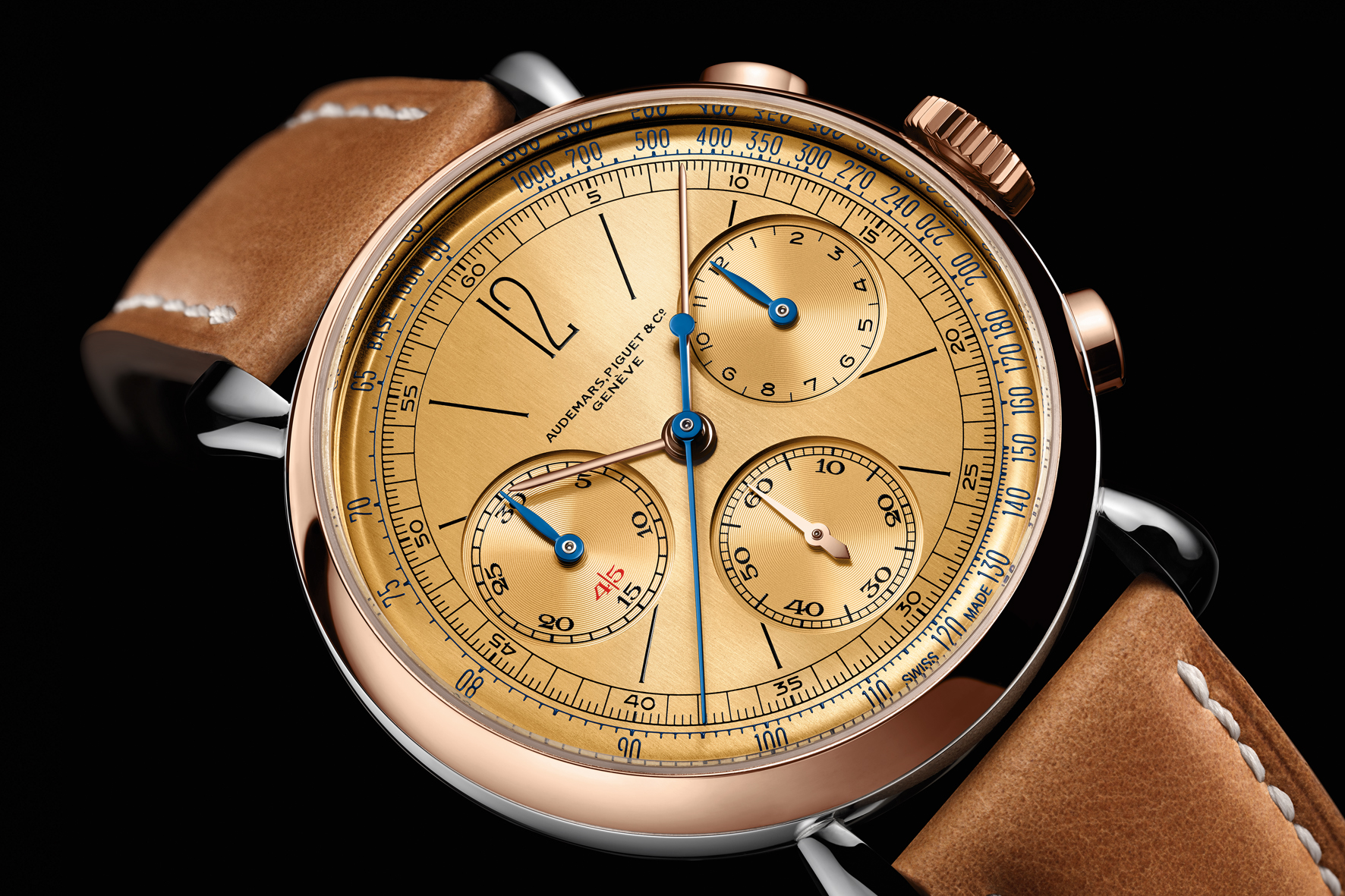 Faithful to the original design language of pre-model 1533 from 1943, [Re]master01 features a 40mm round case and lugs in stainless steel, enhanced by a bezel, olive-shaped pushers and chamfered crown in 18-carat pink gold. The teardrops lugs highlight the two-tone case’s curve, while the very thin bezel provides unobstructed view on the dial’s detailed work. 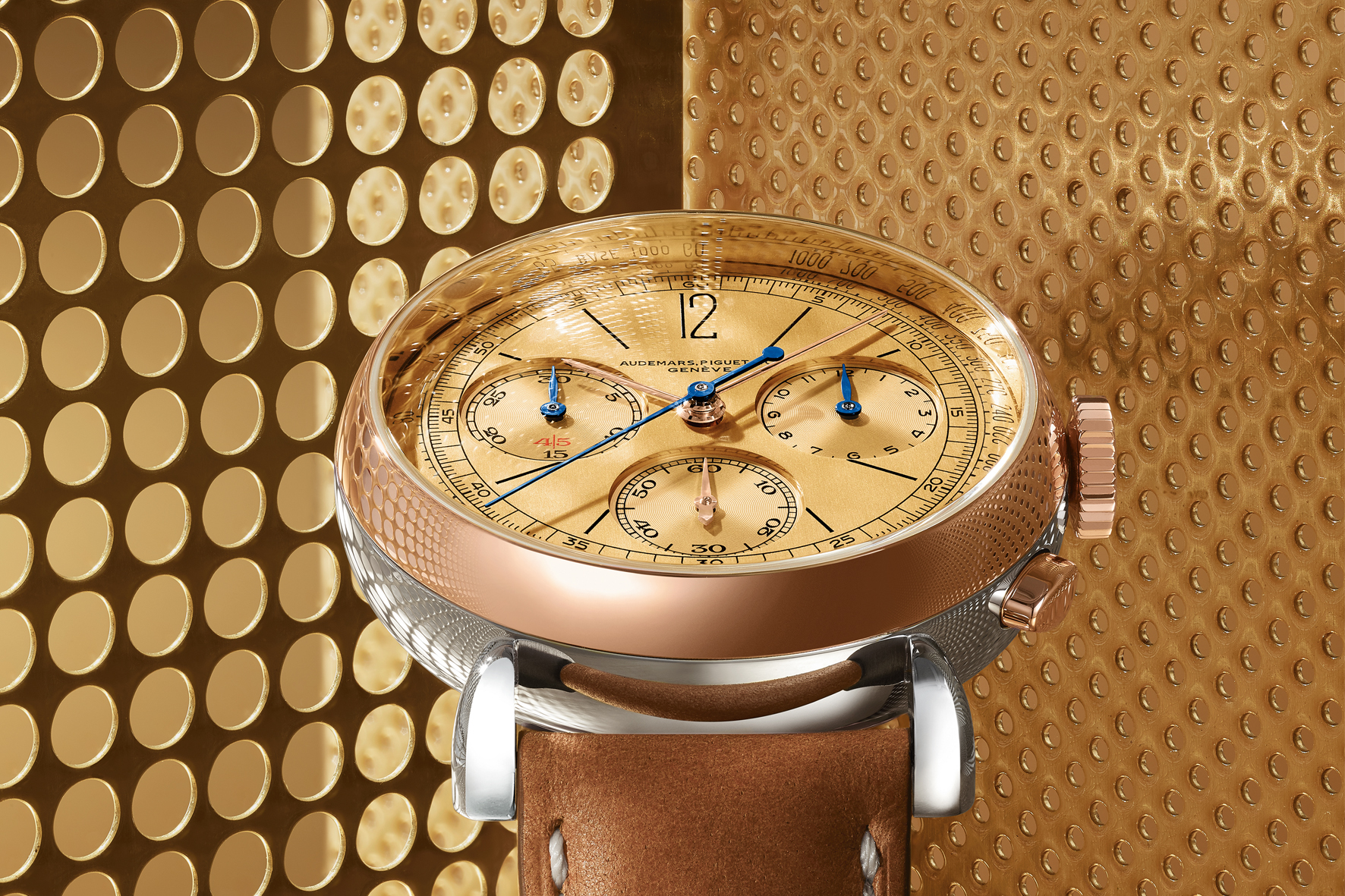 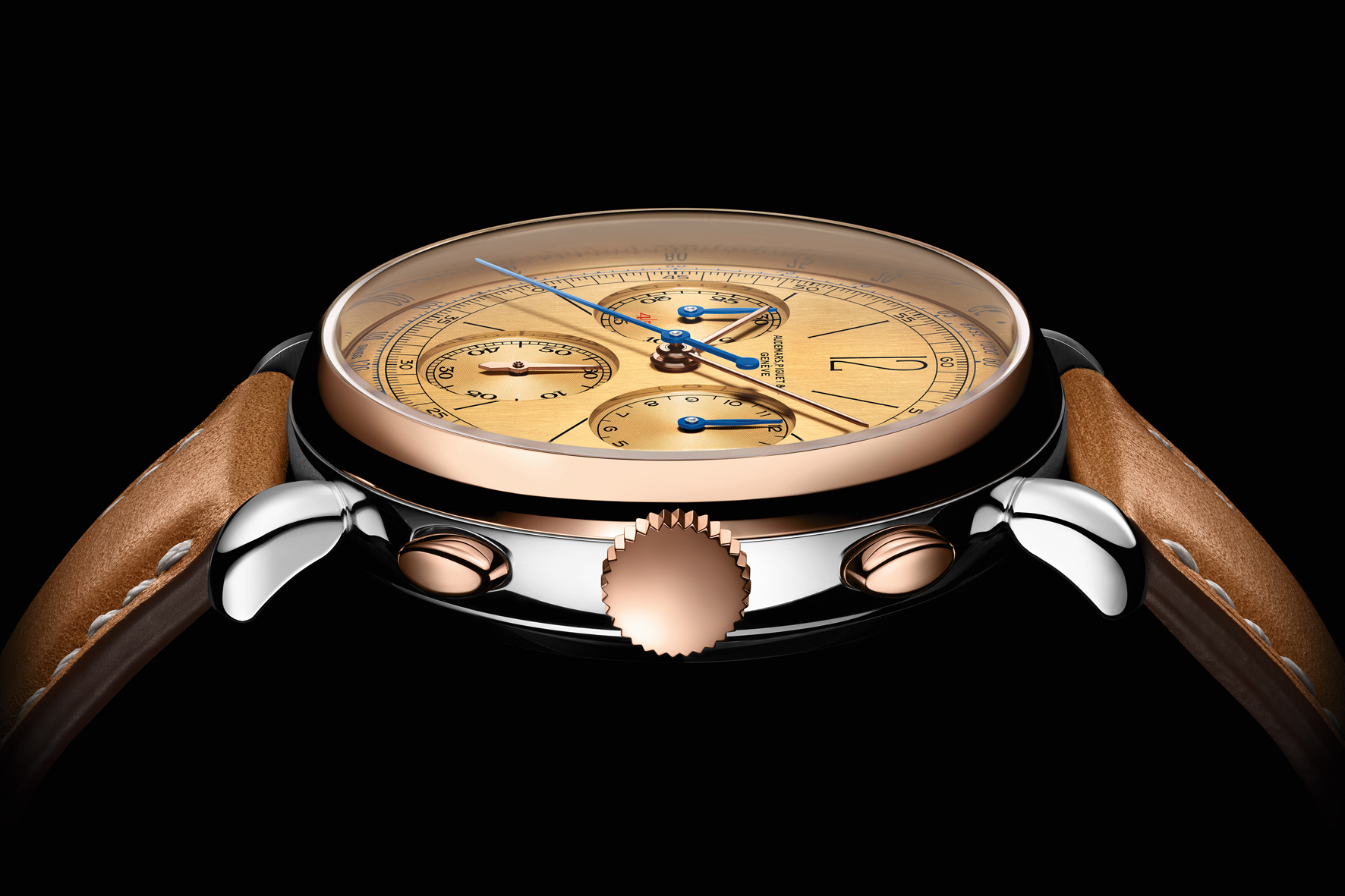 The chronograph counters have also been rearranged for improved readability. Yet, [Re]master01 has subtly kept the original watch’s 4/5 indication above the 15 minutes mark inside the 30-minutes counter at 9 o’clock to allow the wearer to record up to 45 minutes. This indication was requested by Audemars Piguet’s third-generation family-founder Jacques-Louis Audemars (1910 – 2003) to satisfy his taste for soccer and indicate his favourite sport’s half time. 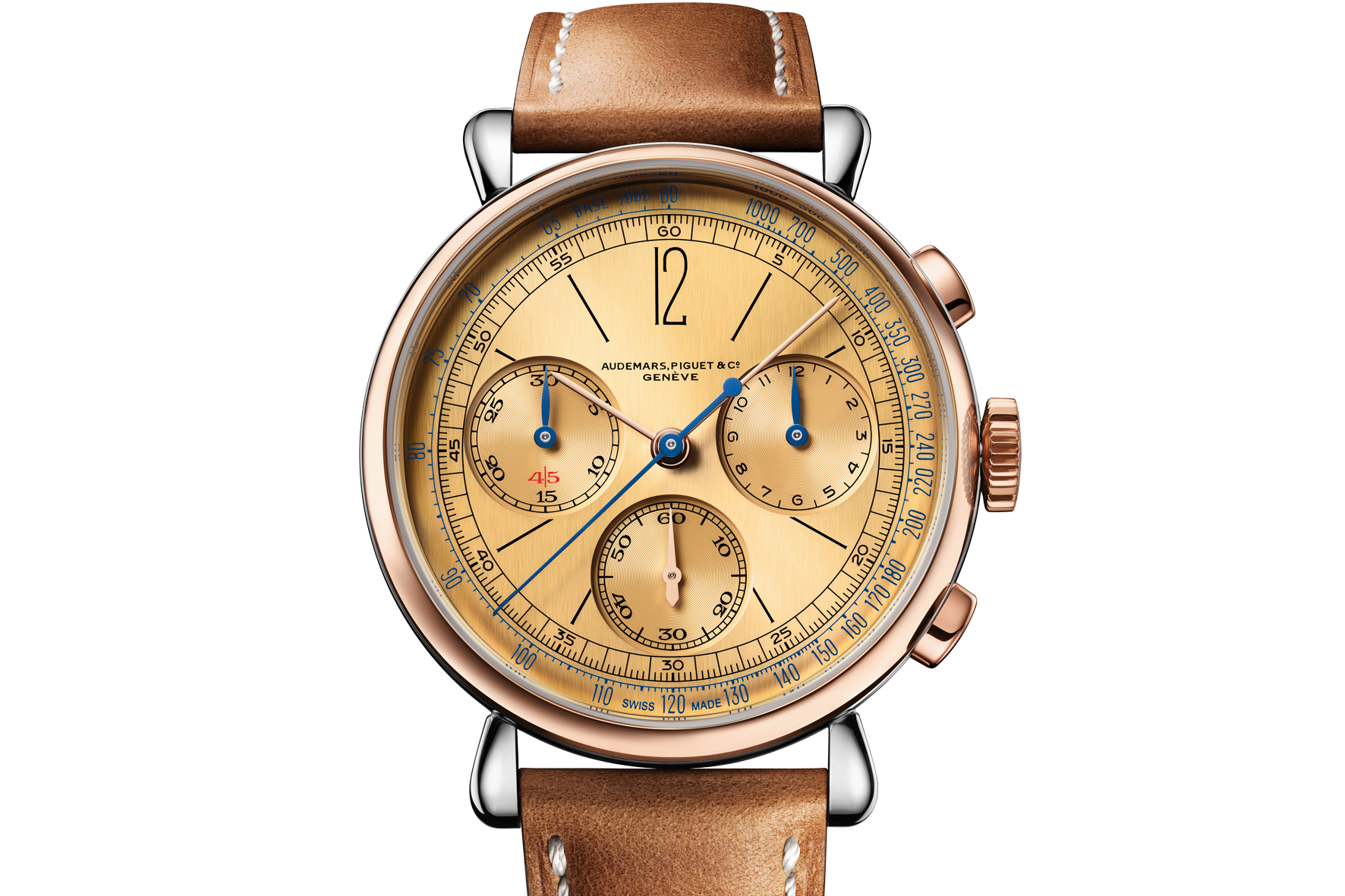 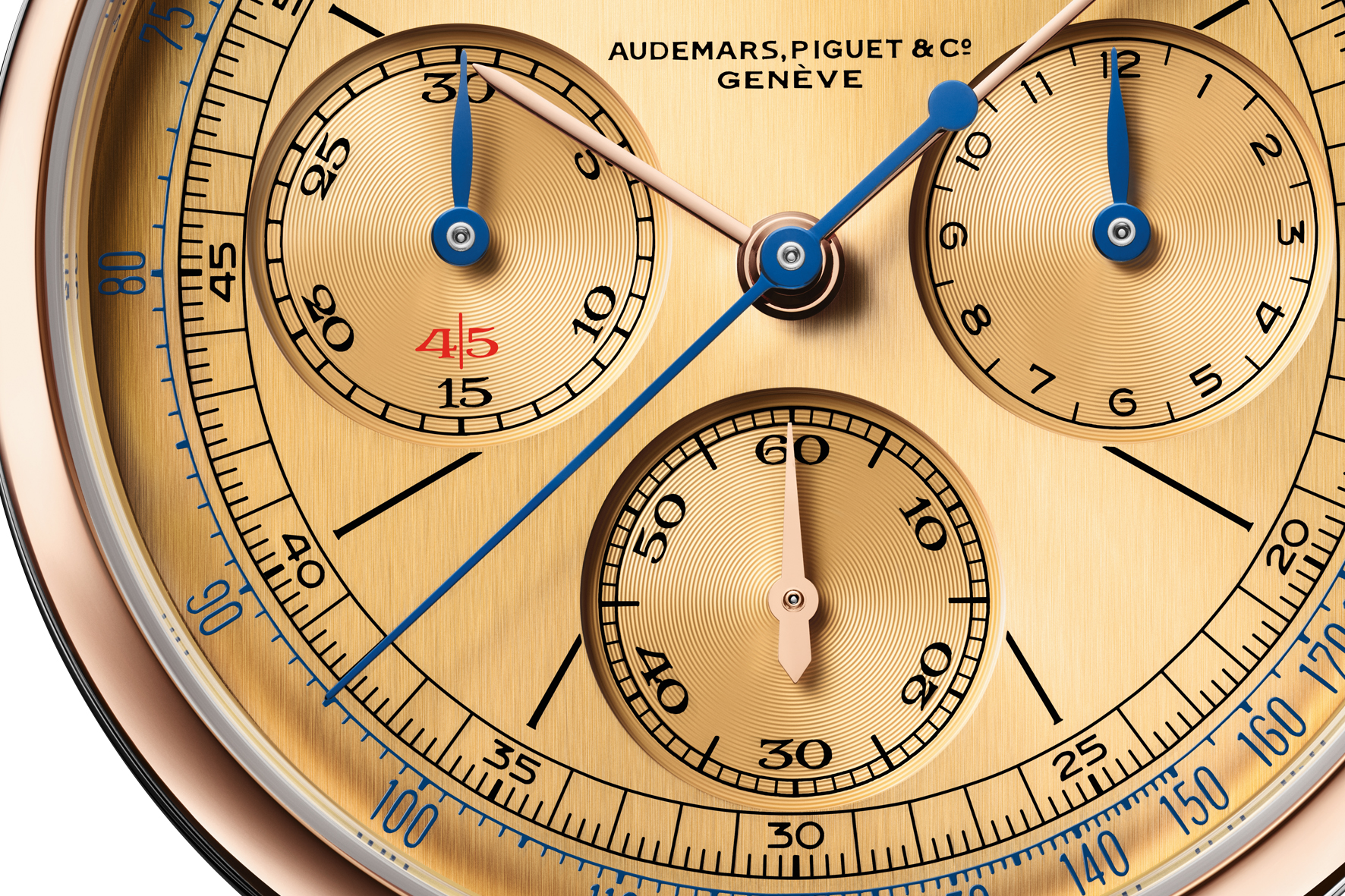 Bringing the past into the present, [Re]master01 is equipped with the Manufacture’s newest generation of selfwinding chronograph mechanism: an integrated chronograph with column wheel and flyback function. Contrary to the original wristwatch of 1943, [Re]master01 features a glareproofed sapphire crystal caseback which reveals the beauty of the calibre and the dedicated 22-carat pink gold oscillating weight matching the bezel. 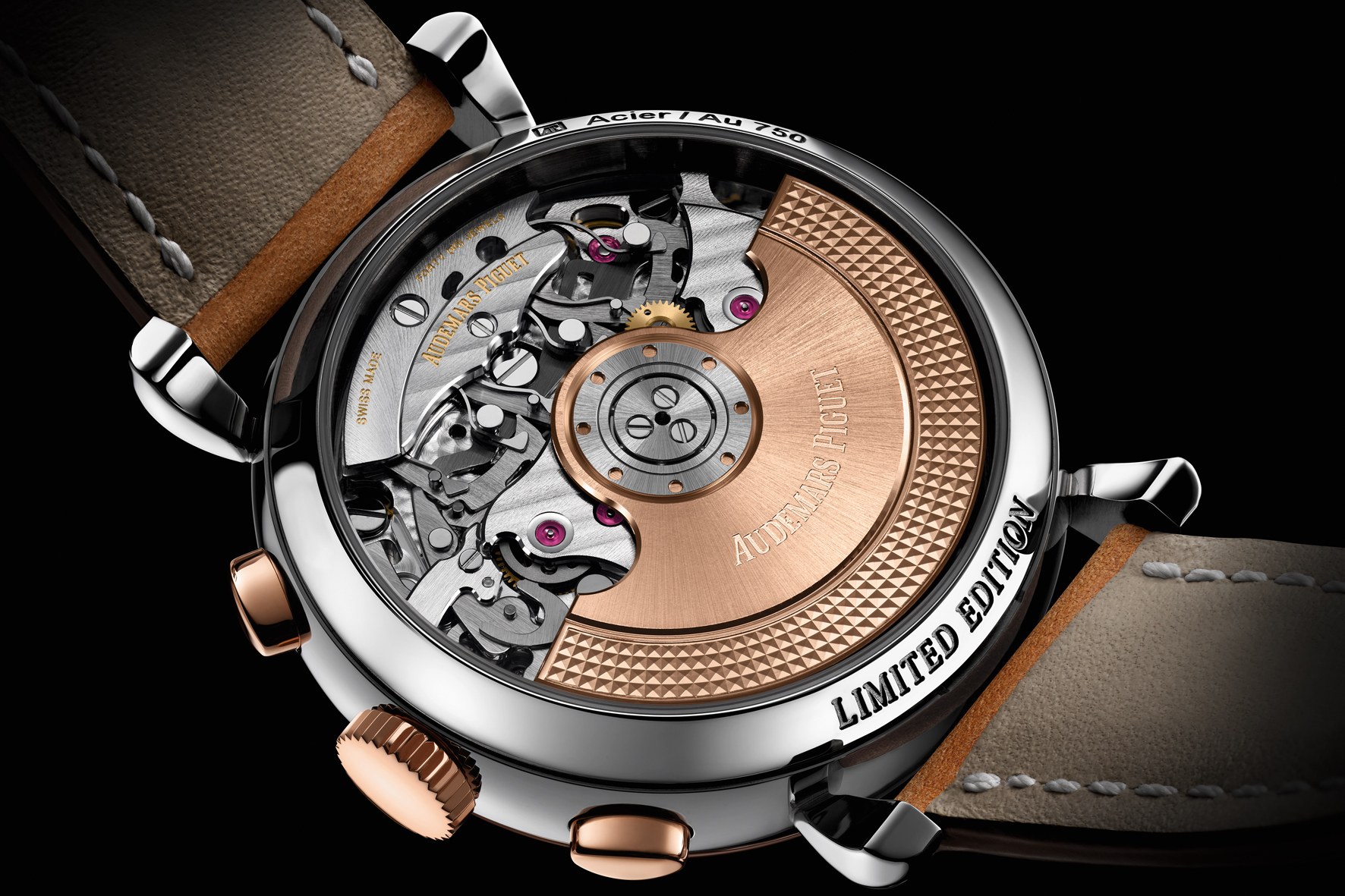 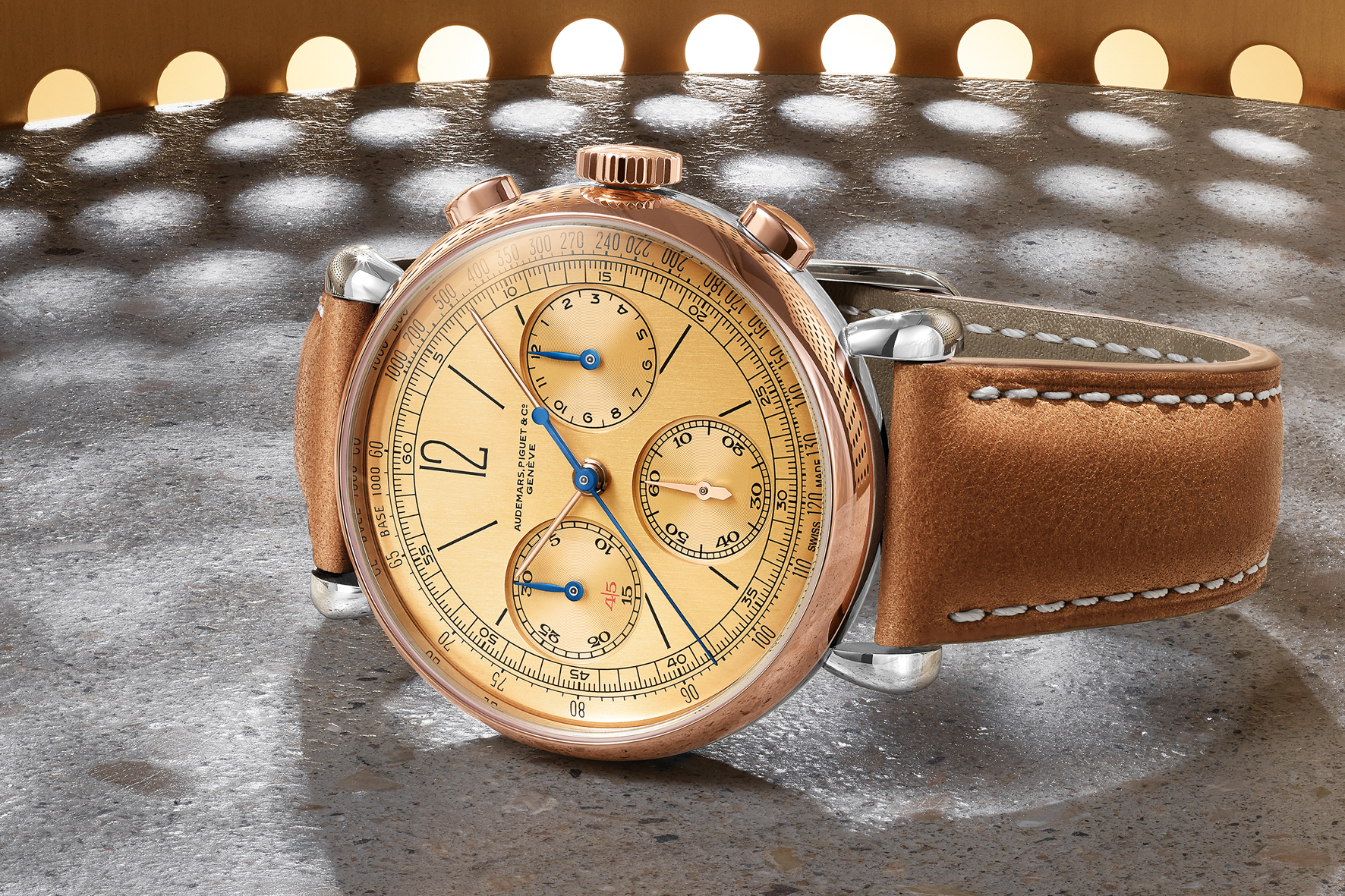