All Urwerk creations have a touch of eccentricity that sets them apart from the rest. The UR-106 Flower Power, a limited edition of 11 pieces launched at SIHH 2017, is no exception.

Its casing houses 239 diamonds making a total of 2.53 carats (crown included). Its execution was supervised by the house of Magnin located in Geneva, who have specialised in watchmaking assembly since 1959. “We began with a single block of steel”, explains Patrick Magnin, the CEO. “We had to pave the perimeter of the glass, a rounded, convex curve, and its outer frieze. We then sourced, cut and ordered the appropriate stones for a paving in a crescendo fashion, as in a mandala”. 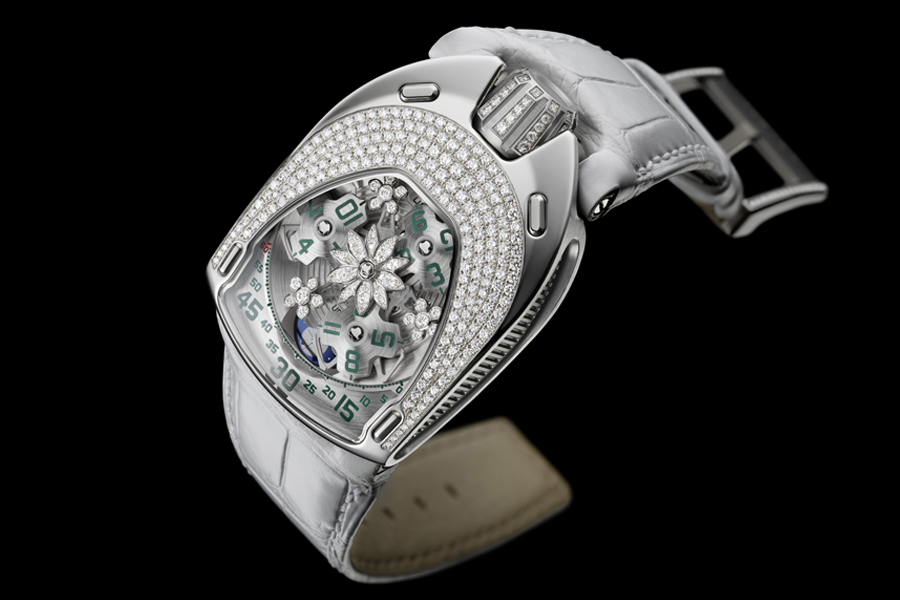 Added to this decorative work on the casing is the workmanship carried out on the UR-106 Flower Power carousel itself, where each flower was cast in white gold before being set and mounted on. A Lotus flower, a technical as well as an an aesthetic element, acts as a pivot to the satellite indication of this UR-106. Three additional flowers, each composed of five mounted petals in gold and diamonds, fit in between the hour satellites, like a pause in this perpetually-moving carousel.

This indication of the wandering hours, so dear to Urwerk, consists of three satellites, each one carrying 4 indexes. One after another, they parade along the path of the minutes, showing the time in both analogue and digital way. A moon phase indication completes the UR-106 dial. 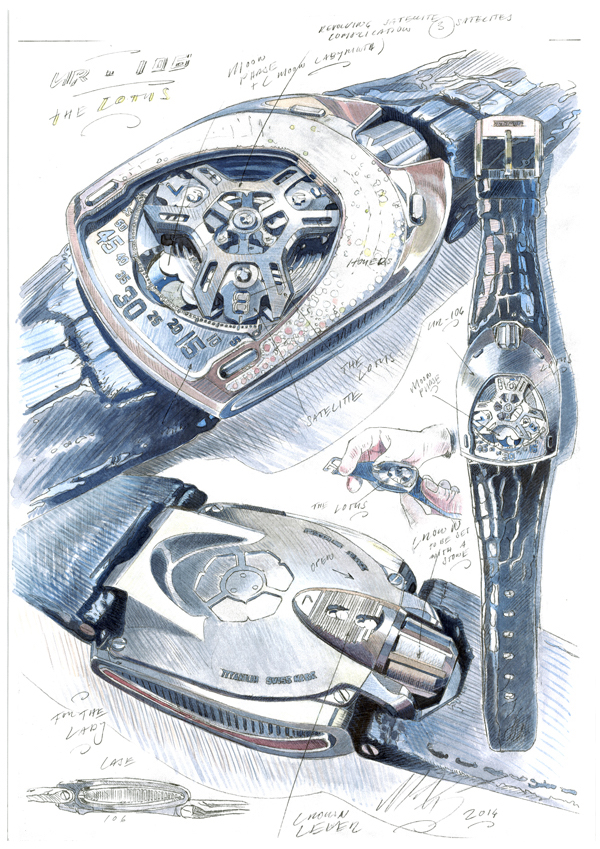 An original timepiece, in line with the philosophy of the brand founded 20 years ago by Felix Baumgartner, watchmaker, and Martin Frei, artist designer.

“Our goal is not to offer yet another version of a known mechanical complication,” explains Felix Baumgartner. “Our watches are unique because each model required an effort of original design. This is what makes them rare and precious”.