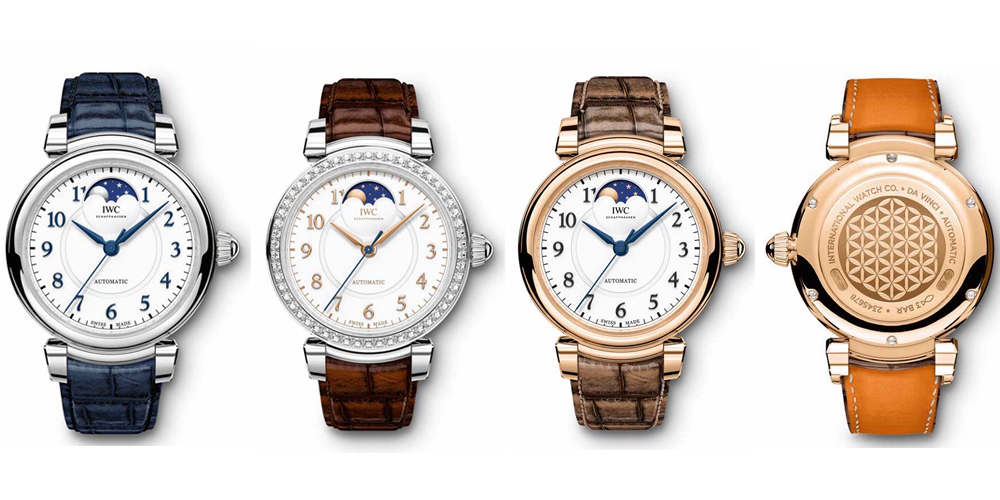 The Da Vinci Automatic with its 40mm diameter was designed for both men and women as a classic watch with three hands and features a discreet, elegant design. This reference ideally reflects the watch family’s design signature – a round case with distinctive horns. Moreover, the minimalist dial with its large Arabic figures and lancet-shaped hands perfectly matches the purist design of the Da Vinci Automatic. One model comes with a silver-plated dial and a black Santoni leather strap, the other with a slate-coloured dial and stainless- steel bracelet. 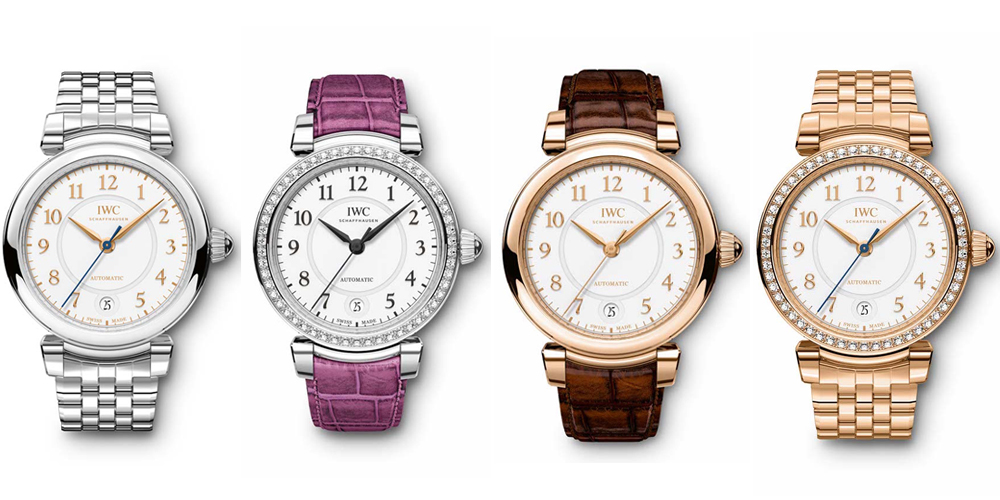 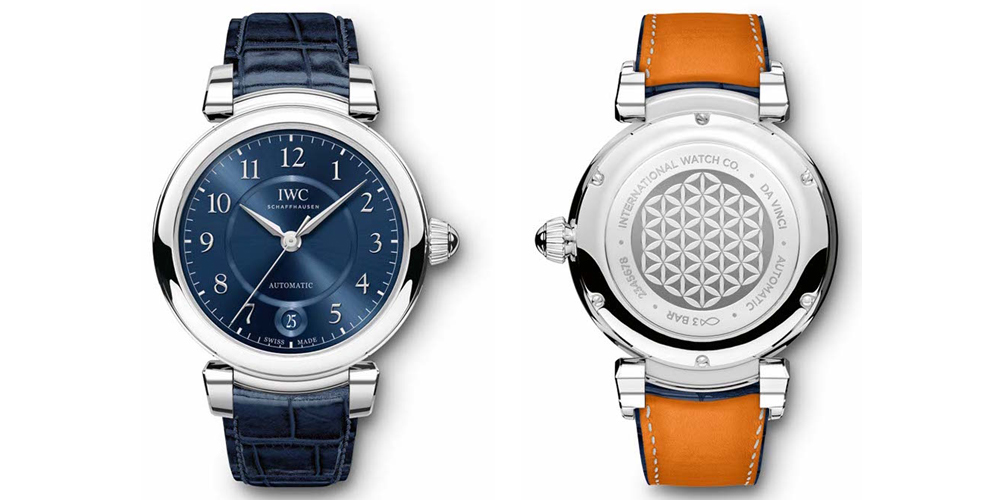 The Da Vinci Perpetual Calendar Chronograph is the first watch from IWC to combine the well-known mechanical chronograph with a perpetual moon phase display on a subdial in a new complication module. The moon phase is displayed by a disc, partly silver or gold plated, partly dark blue, which rotates to show the shadow of the earth and the waxing or waning moon below an aperture in the dial. In order to achieve this, IWC’s watchmakers had to design the in-house 89630 calibre that powers the perpetual calendar’s other functions: the date, month, day and four-digit year display.

The name of the Da Vinci Tourbillon Rétrograde Chronograph in 18-carat red gold alone reflects its unique status: an unusual combination of a classic tourbillon with a retrograde date and a sporty chronograph on a single dial. The further-developed 89360 chronograph calibre, the new IWC-manufactured 89900 calibre, permits down-to-the-second setting of what is known as the “hacking tourbillon” via a newly designed system of levers. The result is a technically sophisticated and optically balanced complication with a clear, uncluttered design. The wearer reads stopped hours and minutes off from a totalizer at the top of the dial, while a central seconds hand shows elapsed seconds. The flying tourbillon is positioned below at 6 o’clock and, on the left-hand side, the gently curved arc of the retrograde date display almost visually connects one complication with the other. Apart from this, the pallet lever and escape wheel were manufactured with the use of diamond shell technology for the first time. This involves a diamond coating that reduces friction, thus generating a higher output of energy.

IWC and Mercedes-AMG Petronas: A Pilot’s Watch to Team Up With 

Come fly with me: IWC Back To Flight With The New Pilot’s Watch Chronograph 2021