To mark its 20th anniversary, Parmigiani Fleurier is unveiling the Tonda Chronor Anniversaire. A integrated chronograph with a full gold movement entirely develloped in house. 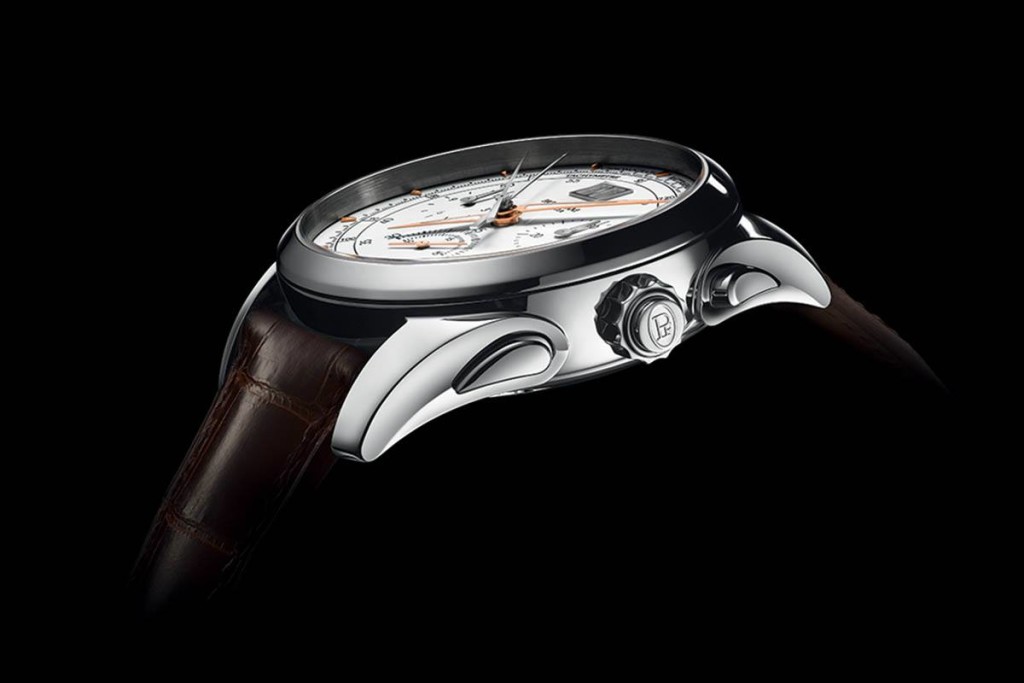 The creators started with a blank sheet and after a careful research and development stage, they drew up and optimized the first integrated chronograph of the Parmigiani manufacture. This manually wound movement includes a chronograph, a split second function and a large date, all on the same main plate.

The movement is organised around a central column wheel which is the nerve centre of the chronograph, the part which synchronises all its elements. This caliber has two column wheels, one to govern the chronograph, the other to drive the split second function in perfect synchronism. Lastly, this movement comprises a Large Date which is also integrated into the movement. 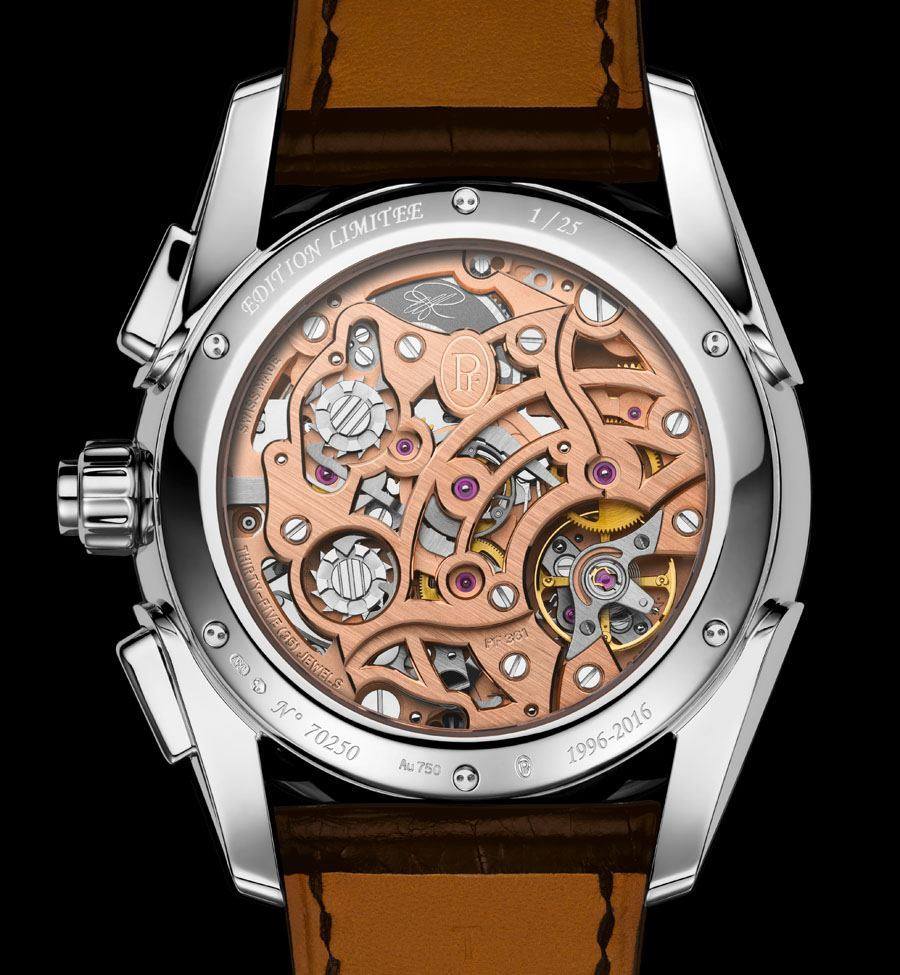 Each movement has bridges which are cut concentrically from the balance, with the latter framed as the epicentre of the fresco. These bridges are openworked to reveal the mechanism which beats at its surface, and the two symmetrical column wheels parallel to the crown’s staff. This assembly is enhanced by the sandblasted satin finish, while the internal angles on the bridges play with the light, accentuated by the gold’s reflections.

The Tonda Chronor Anniversaire is available with either a white gold or rose gold case, each of which will be produced in a limited run of 25 pieces. The dials feature “grand feu” enamel in two shades ”white and Royal Blue” to match the choice of case. 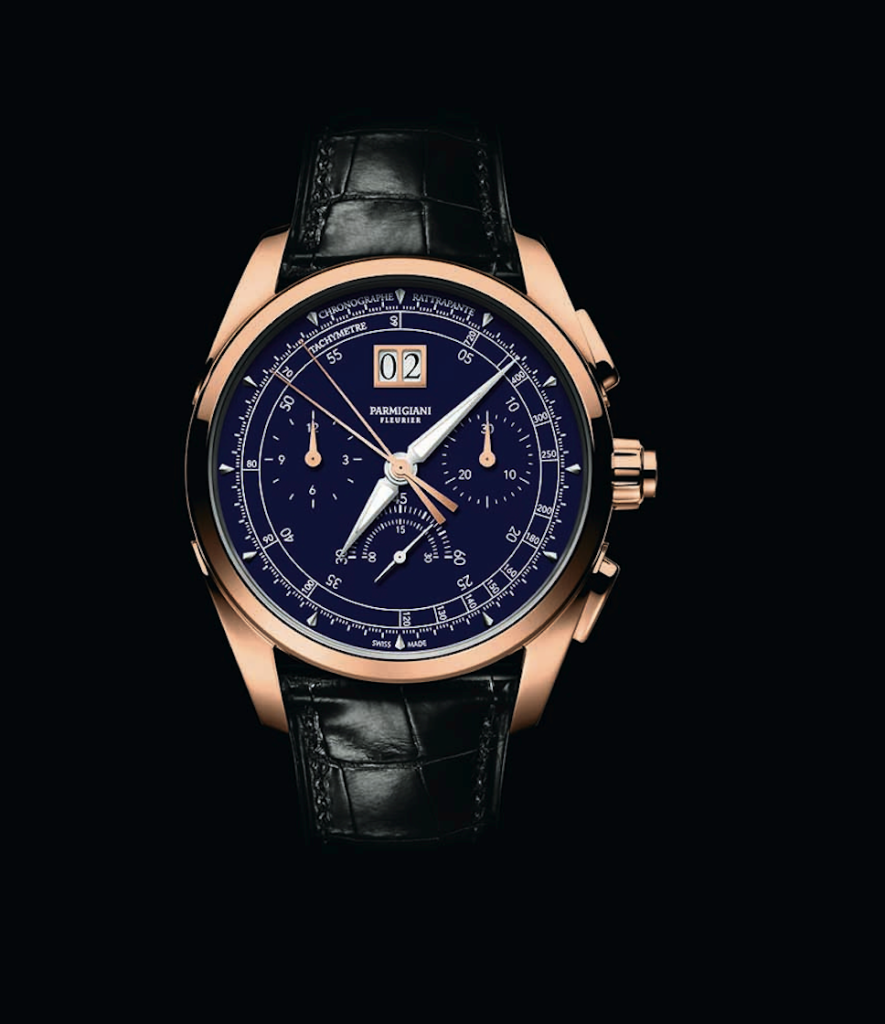 Finally, as a grand exclusivity for this Anniversary model, Michel Parmigiani’s signature is featured on the barrel’s drum and surrounded by a myriad of lug shapes, representative of Parmigiani Fleurier’s watch profile. This signature and the elements surrounding it were not engraved but on the contrary brought out, meaning that the whole surface surrounding them was lowered with a laser, allowing the emblems to stand emphasized. This constellation of symbols is unveiled gradually behind the openworked gold movement, as the barrel spins gently on its axis.