The series of Panerai watches inspired by ancient Chinese astrological tradition has been joined by a new creation enhanced by Italian craftsmanship. It is a special tribute to the year of the rooster.

The precious engravings executed by hand by the greatest Italian master craftsmen in decorating the new Luminor 1950 Sealand 3 Days Automatic Acciaio – 44mm make this special edition dedicated by Panerai to the Year of the Rooster unique. The new timepiece is the ninth creation in the series launched by Officine Panerai in 2009 in honour of the fascinating tradition of the Chinese Zodiac. After the watches dedicated to the Ox, the Tiger, the Rabbit, the Dragon, the Snake, the Horse, the Goat and the Monkey, the new Luminor 1950 Sealand welcomes the Year of the Rooster which will begin on 28 January 2017. 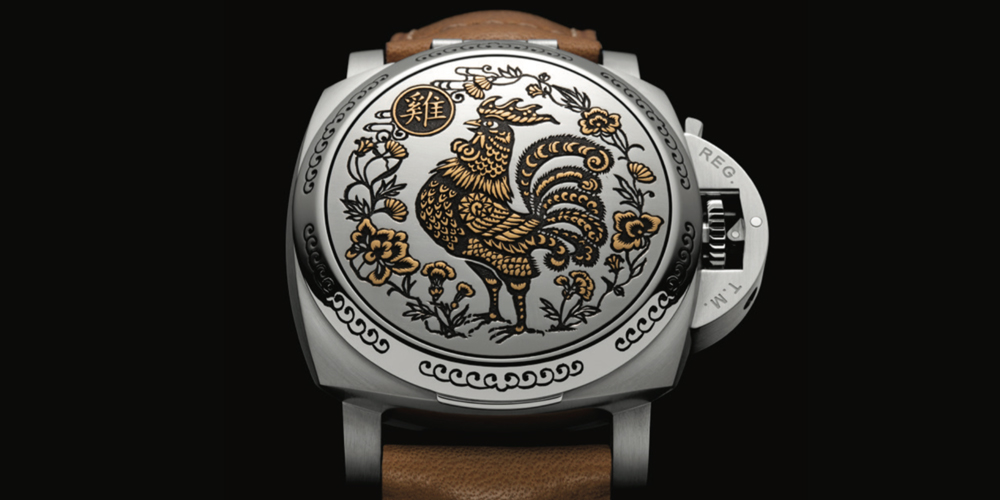 The Rooster, one of the most energetic and determined signs of the Chinese Zodiac, symbolises the virtue of perseverance. Those born under this sign are convincing persuaders, courageous and creative, determined not to depend on the decisions of others, and at the same time they love to be the centre of attention. These distinctive traits associated with the sign of the Rooster are reflected in this new Special Edition which has a strong yet sophisticated character, displayed in the elegant engraving of the Rooster on the cover, its style inspired by traditional oriental iconography.

Each of the 99 watches produced for this special edition has been adorned by hand by the best Italian master engravers using the ancient technique of “sparsello”, so named after the special tool used to decorate the cover. First grooves are made in the steel before they are inlaid with gold threads in multiple parallel layers; these are then beaten until they completely fill the grooves which together form the outlines of the Rooster and the sophisticated decoration. 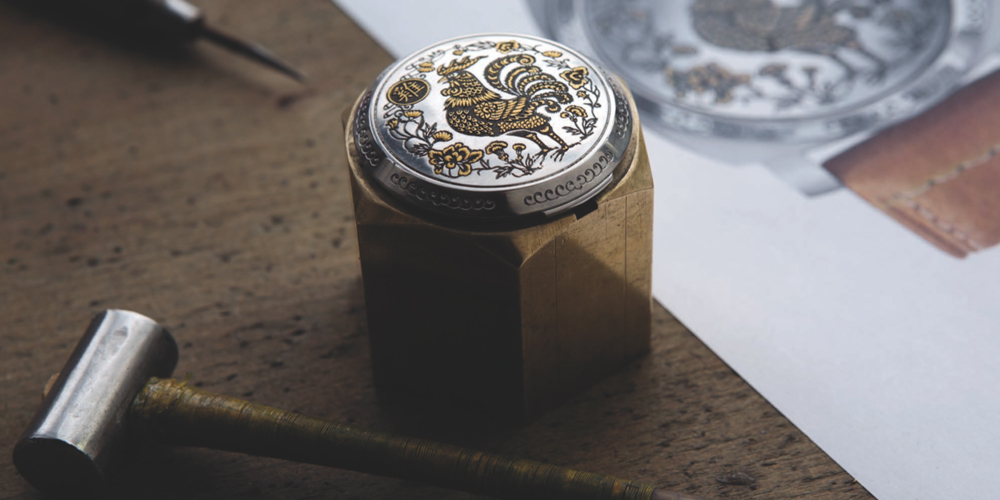 The engraved cover protects a grey dial, simple and easy to read, with Arabic numerals, linear hour markers and luminous dots, a small seconds dial at 9 o’clock and the date at 3 o’clock. The cover has a small signalling mirror on the back and it is fitted to the Luminor 1950 case, 44 mm in diameter, which is made of brushed stainless steel.

The movement of the new watch is the P.9000 automatic calibre, entirely produced by Panerai Manufacture in Neuchâtel. Solid and reliable, the movement has a power reserve of three days and it is fitted with a bi-directional oscillating weight and the device for quickly adjusting the hour hand, which also automatically changes the date.

The Luminor 1950 Sealand 3 Days Automatic Acciaio – 44mm is water-resistant to 10 bar and it is supplied with a strap of soft brown leather. Available exclusively in Panerai boutiques, the watch is presented with a spare black rubber strap, a special tool for changing the strap and a screwdriver. 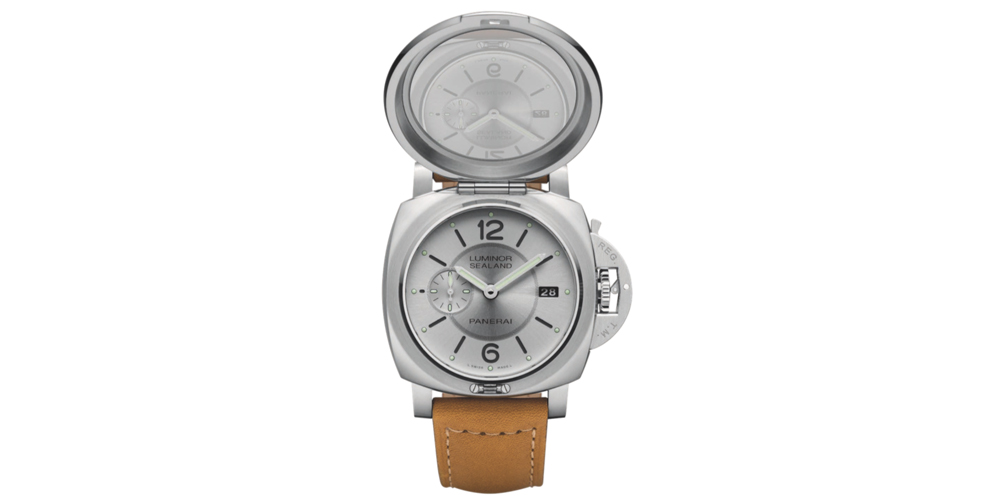 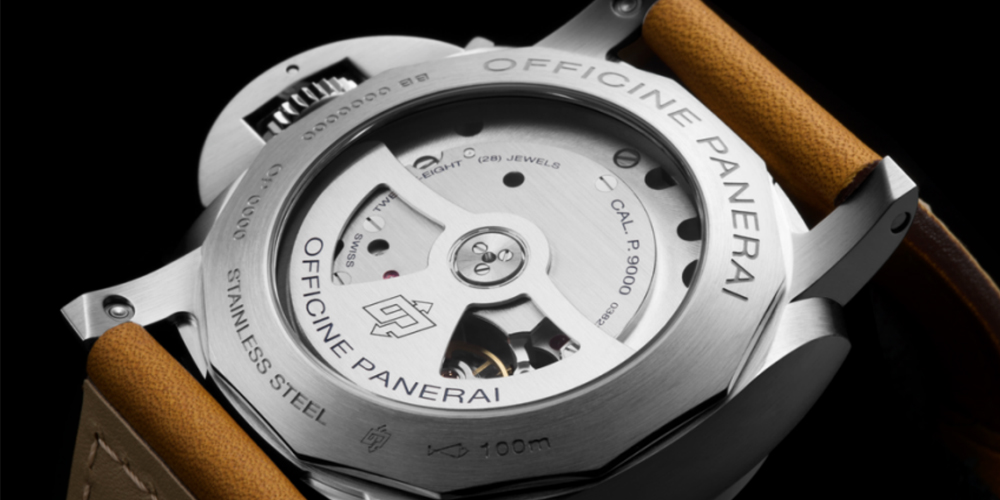