The useful functions of the two new Panerai Luminor 1950 models are combined with one of the most poetic complications of haute horlogerie: the equation of time, with linear indicator on the dial. 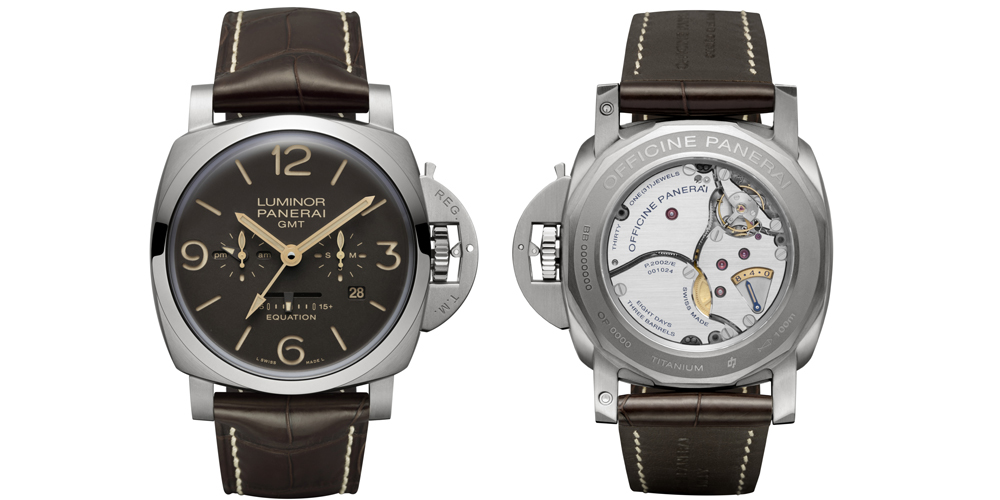 The secret of the two new creations, which differ from each other in the blue or brown colour of the dial and strap, is the P.2002/E movement, a hand-wound calibre with a power reserve of eight days, developed and produced entirely in house. With a diameter of 13 3/4 lignes and 329 parts, the P.2002/E calibre has many useful functions: the GMT function, with a central hand for the second time zone and am/pm indicator in the small seconds dial at 9 o’clock; the date with indication of the month in the counter at 3 o’clock; a power reserve of over eight days, provided by the three springs barrels, with indication of the time remaining on the back; the mechanism which stops the balance wheel and sets the seconds hand to zero for accurately synchronising the watch with a reference time signal; and the device for changing the hour hand quickly without interfering with the running of the watch. 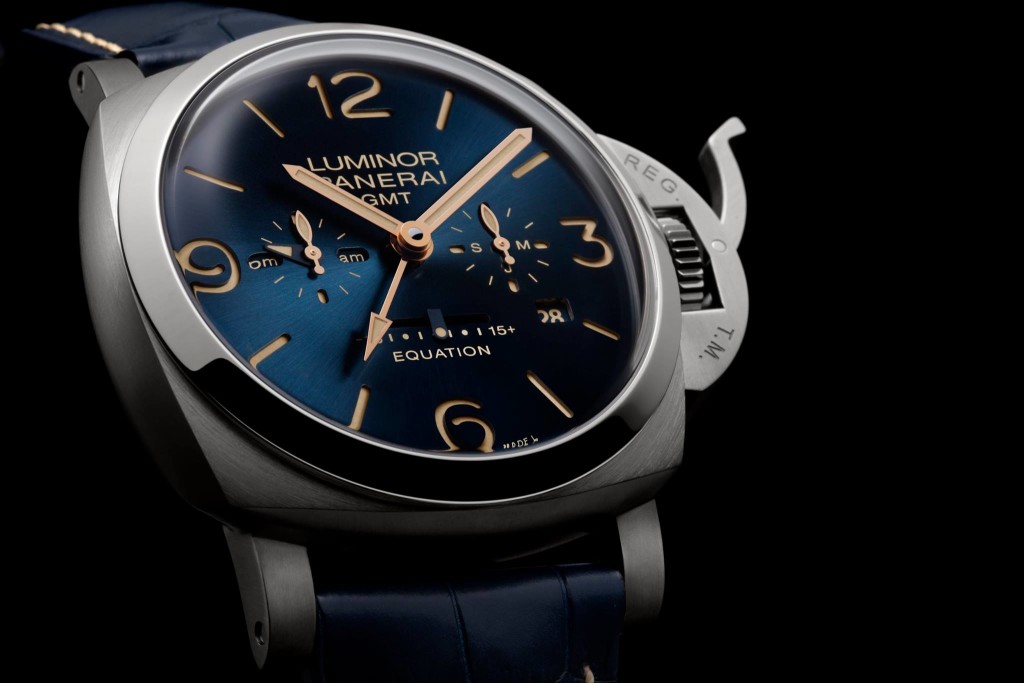 But the difference between the P.2002/E and the P.2002 basic version is the equation of time, that is, the measurement of the difference between actual time and the conventional time used in everyday life. It is a classic complication of Haute Horlogerie, which harks back to the ancient link between time measurement and astronomy. Because of the elliptical orbit of the Earth round the Sun and the particular tilt of the Earth’s axis of the rotation in relation to the equator, a day is exactly 24 hours long only four times in a year, while on all other days there is a difference between real time (solar day) and conventional time, by which a day may be up to about 15 minutes longer or shorter, depending on the time of the year. This difference is measured and displayed on the dial of the two new Luminor 1950 Equation of Time 8 Days GMT models by means of a linear indicator on the dial at six o’clock.

The P.2002/E calibre can be admired through the sapphire crystal in the back of the Luminor 1950 case, which is made of brush-finished titanium. The design and dimensions of the case (47 mm) are those of the most classic Panerai watches with the iconic lever-operated bridge device which protects the winding crown from accidental shocks and at the same time ensures water-resistance of 10 bar. 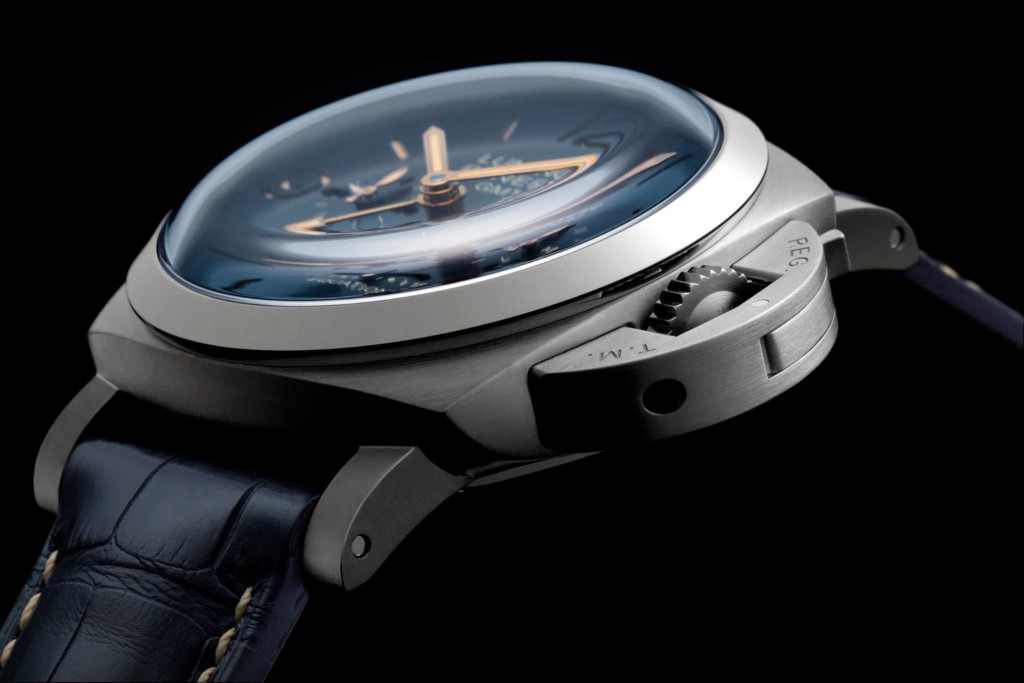 The two versions of the new Luminor 1950 Equation of Time 8 Days GMT differ from each in the colour of the alligator strap and the dial, which may be either an intense brown or a metallic blue. The dials of both watches have the sandwich structure with a sophisticated sunbrushed finish, and they are protected by a slightly convex sapphire glass crystal.

The Luminor 1950 Equation of Time 8 Days GMT is presented in an elegant pear wood box, which also contains a second strap made of rubber, the tool for changing the strap and a stainless steel screwdriver.