Engraved in French on the case band between the lugs of LM1 Silberstein is a paraphrased quote from Gustave Flaubert: “Le vrai bonheur est d’avoir sa passion pour métier” – which translates roughly as, “Making a profession of your passion is true happiness”. 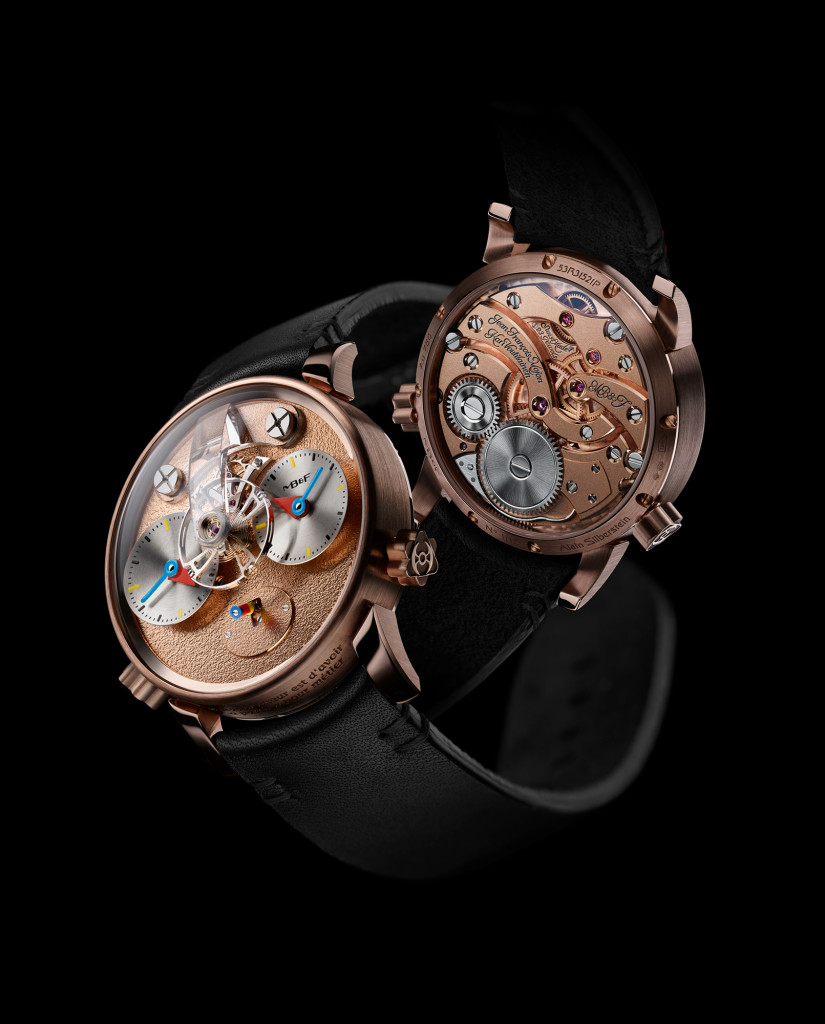 In 2009, MB&F had called on Silberstein to create its very first piece of ‘Performance Art’ – reinterpretations by external artists and designers of existing MB&F Machines. The result was the HM2.2 ‘Black Box’. 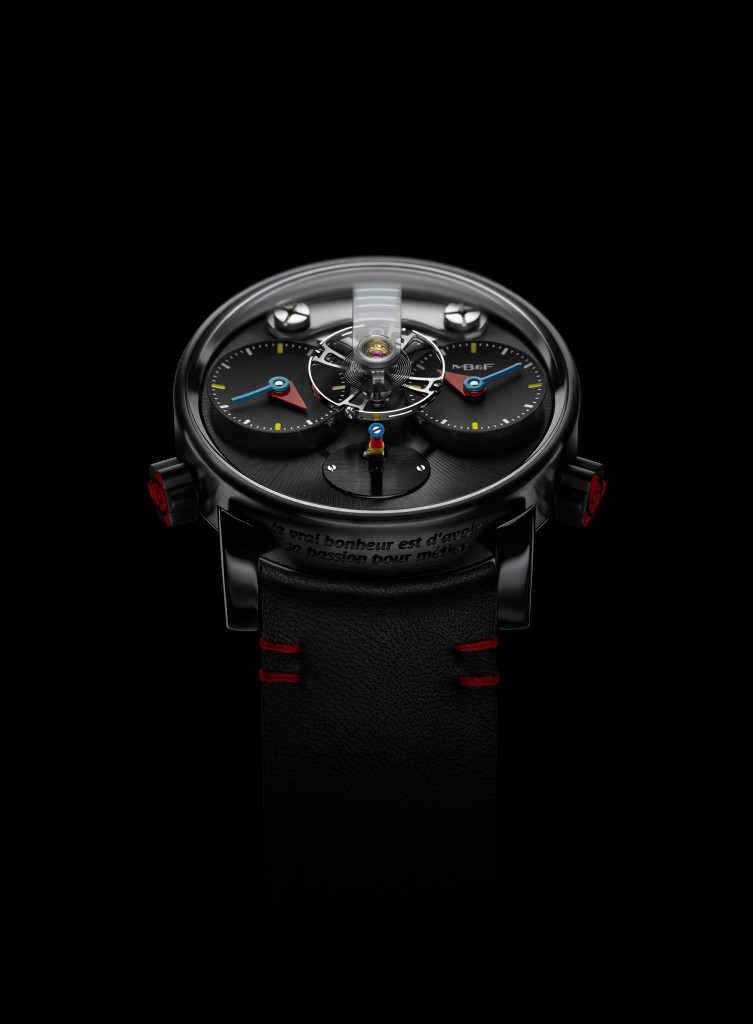 For this new Performance Art series, Silberstein has taken MB&F’s classic Legacy Machine N°1 and imbued it with his unique flair for the unconventional. His use of his signature three bright colours and shapes: red, blue and yellow; triangle, rectangle and circle for the hands and dial markers.

Silberstein felt strongly that, as the balance is the “beating heart” of the timepiece, nothing should break the view of the dial side regulator or block “eternal time” from reaching the time indications. He also thought that as graceful as the dual arcing bridges of the original LM1 were, they took too much visual attention from the indications. Two years of development were required to create the transparent sapphire crystal balance bridge to the incredibly tight tolerances required to support the balance wheel. 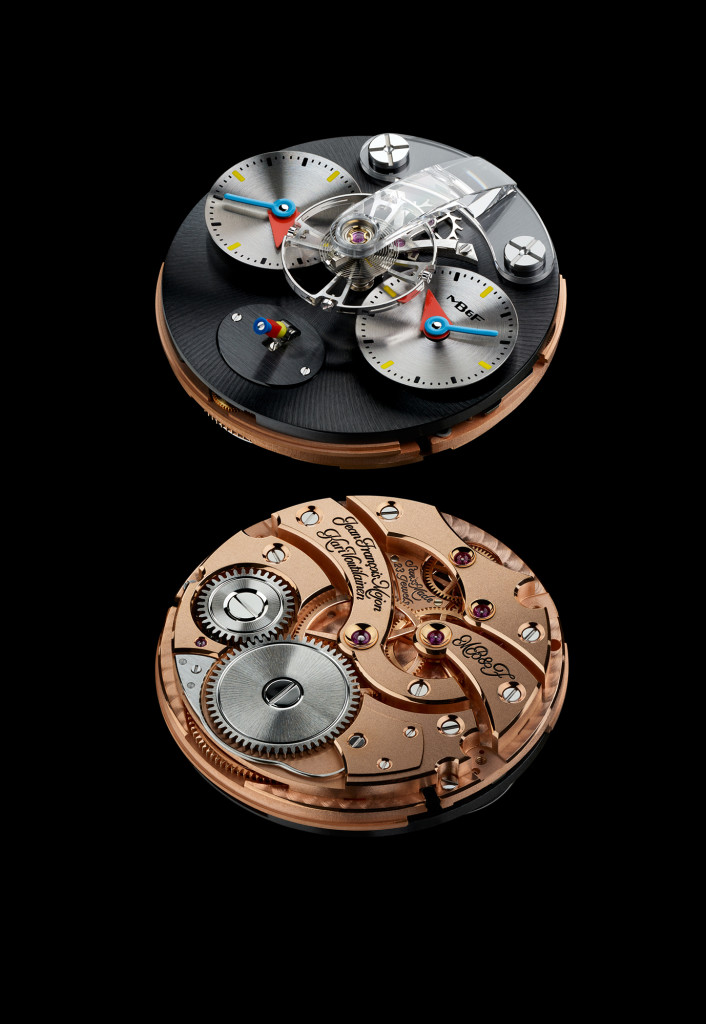