Six years have gone by since MB&F launched the Legacy Machine N°1 (LM1) series in 2011, establishing a collection of tradition-infkected Legacy Machines alongside the envelope-pushing Horological Machines. Six years is a blink of an eye in the history of watchmaking, but constitutes an entire generation of modern independent horology.

The Legacy Machine N°1 Final Edition brings the LM1 series to a close, and does so with the signature MB&F flair for the unexpected. 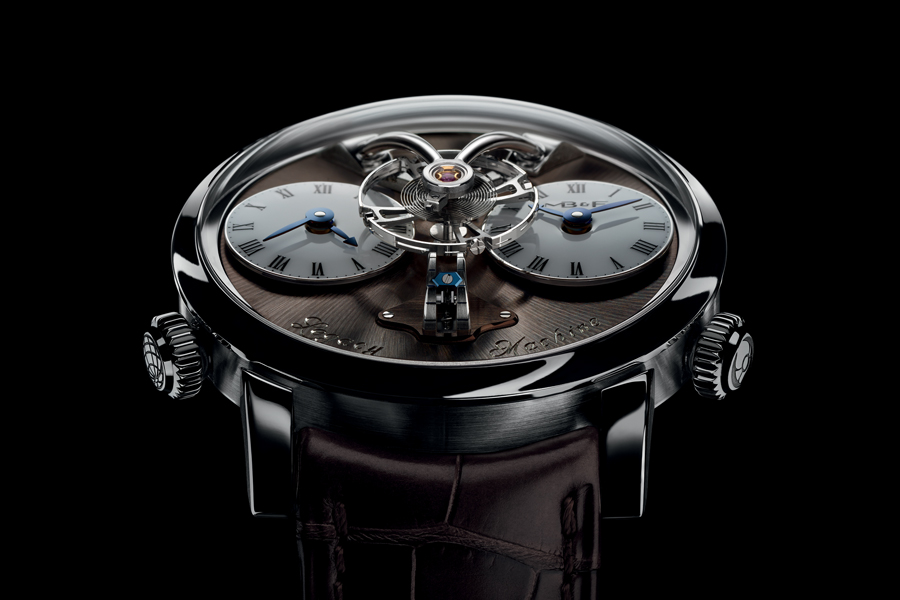 Convention dictates that you shouldn’t try and fix what ain’t broke — that products enjoying success and popularity should also get to enjoy longevity. The LM1 Final Edition overturns conventional thought by taking its last bow just as the Legacy Machine collection gains ever more acclaim and momentum.

Back in 2011, Legacy Machine N°1 debuted three unique technical features, two of which continue to set the LM1 series apart to this day. The cinematic balance, suspended from an arched bridge, is now an icon of the Legacy Machine collection. The two time displays, indicated on subtly convex dials of stretched lacquer, are based on a single movement and allow autonomous setting without reference to fixed time zones. Then there is the vertical power-reserve indicator, offering a strongly intuitive and legible reading of barrel wind. 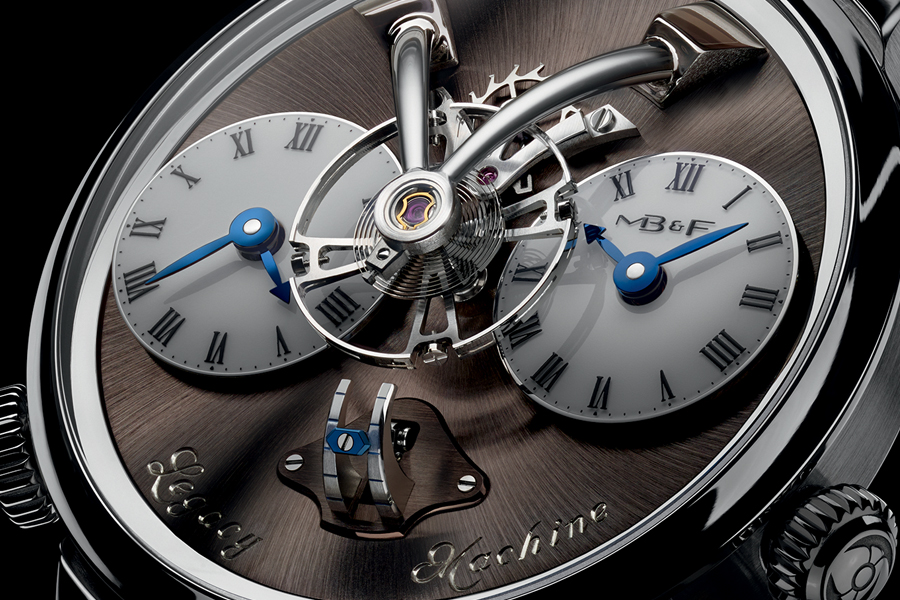 These innovations, when coupled with the technical expertise of watchmaking veteran Jean-François Mojon and the peerless levels of finish specified by Kari Voutilainen, provided the framework for a fresh form of independent watchmaking. Traditional mechanisms were placed in modern configurations. Legacy Machine N°1 was a different way to be different.

In choosing a material to house this celebratory last outing of Legacy Machine N°1, MB&F picked steel over precious metals such as gold or platinum. The recent elevation of steel as a worthy case material for high-end watchmaking has a twofold outcome for the LM1 Final Edition — it echoes the strength and enduring appeal of the series, and it takes the value focus off the exterior elements to better highlight the beauty of the LM1 Engine. 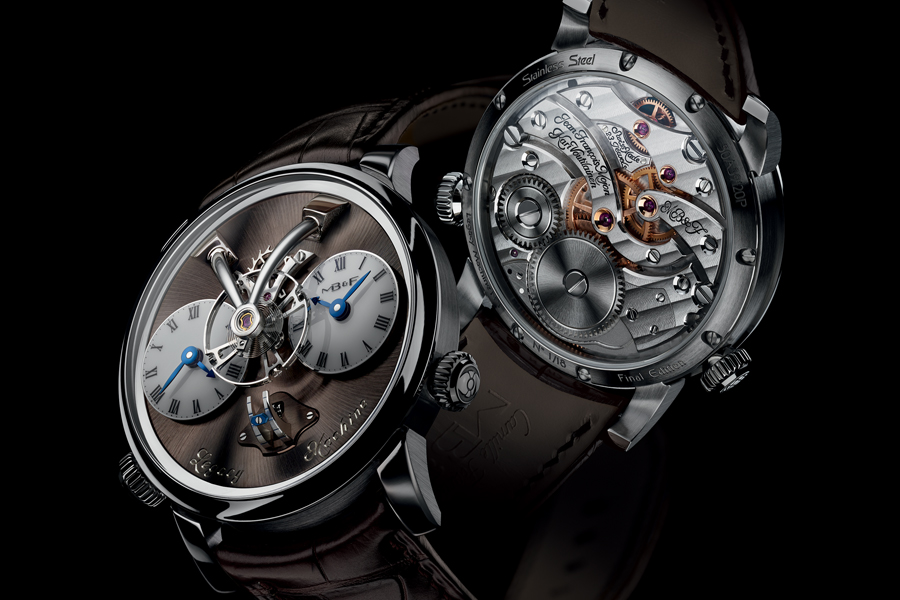 The dark chocolate-toned face of the LM1 Final Edition is not the first instance of this colour appearing in an MB&F creation. Wherever and whenever it occurs in the MB&F collections, the deep brown hue signals a special occasion, a reason to break out the treats, and the Legacy Machine N°1 Final Edition is no exception to this rule. The launch of the last LM1 maybe a bittersweet celebration for some — MB&F founder Maximilian Büsser pinpoints it at 85-percent dark chocolate — since the edition is limited to 18 pieces. (Price 79.000 CHF + tax)

The LM1 Final Edition is limited to 18 pieces in stainless steel, with a dark chocolate-brown face.