Over the last decade, two indelible forms have often marked MB&F’s Horological Machines: the distinctive angular form and optical prism displays of the revisited 1970s Amida watch, which first manifested in Horological Machine 5 and then HMX; and the now signature “battle-axe” winding rotor, which took centre stage on top of Horological Machine 3, MB&F’s most popular model to date. 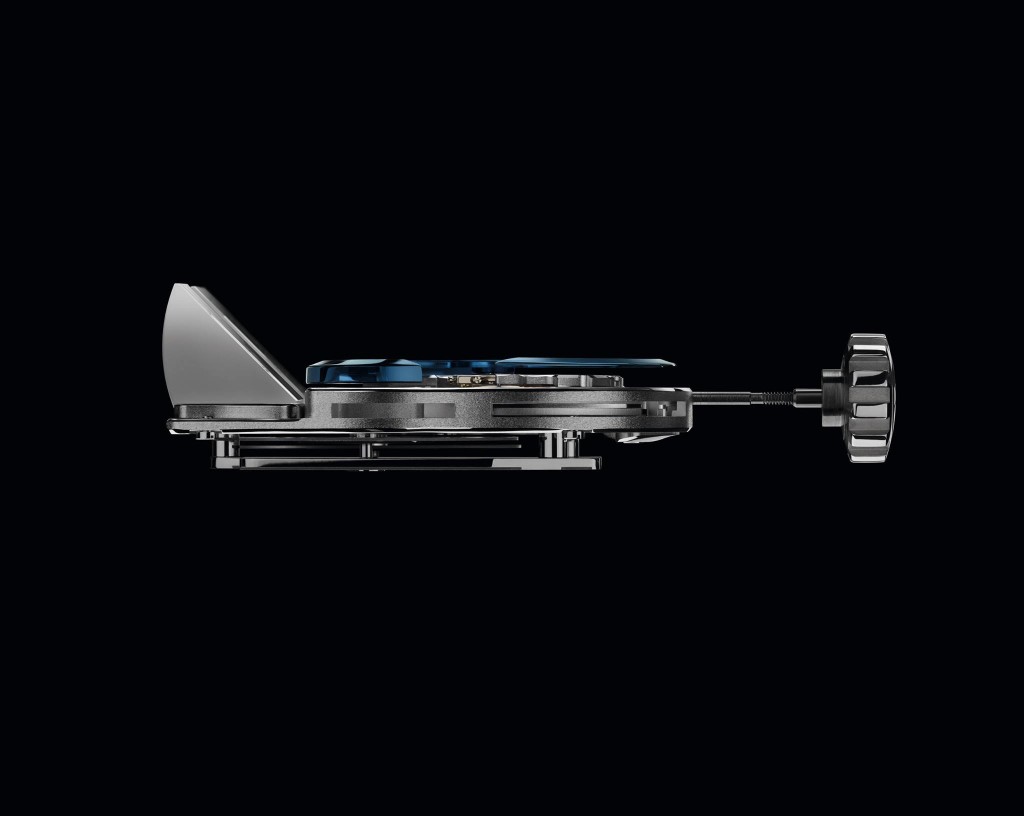 HM8 rises from the turbo-charged ashes of the Can-Am, a discontinued “anything goes” car racing series that would have celebrated its 50th anniversary in 2016.

The Canadian-American Challenge Cup, Can-Am for short, was a sports car racing series running from 1966 to 1987. Bruce McLaren developed his very first car for the Can-Am series; McLaren, Lola, Chaparral, BRM, Shadow and Porsche all ran manufacture teams. Class restrictions in the Can-Am were minimal and allowed for unlimited engine sizes, turbocharging, supercharging, and basically unrestricted aerodynamics. This all led to the development of pioneering technology in many fields. And extremely powerful engines. 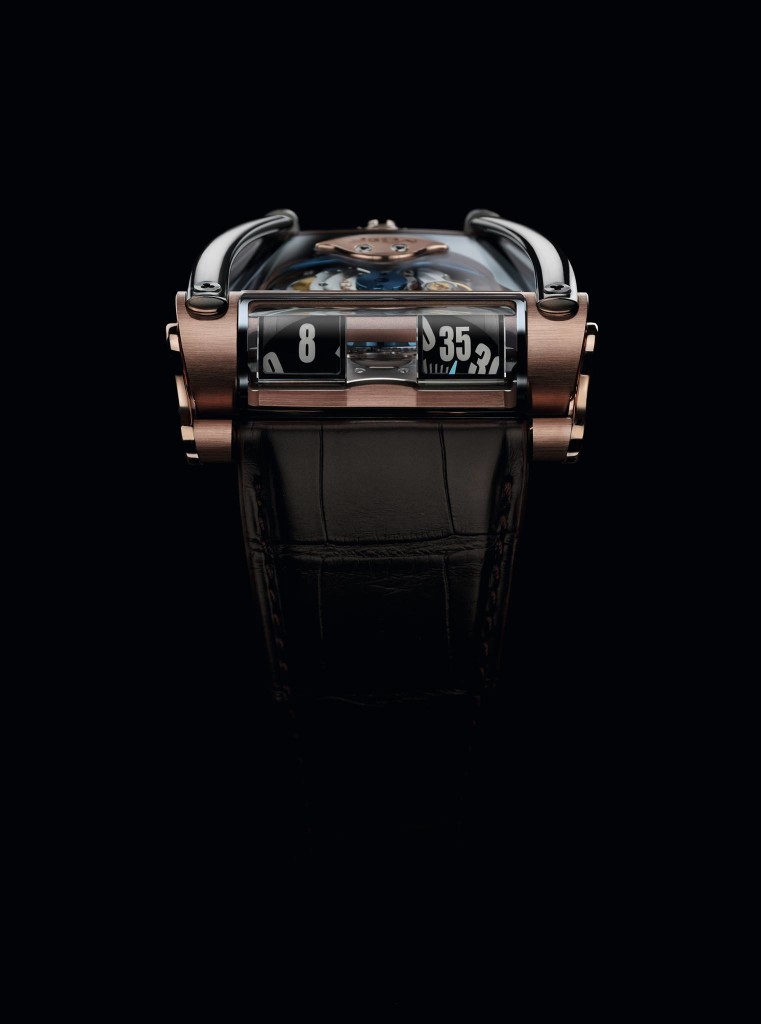 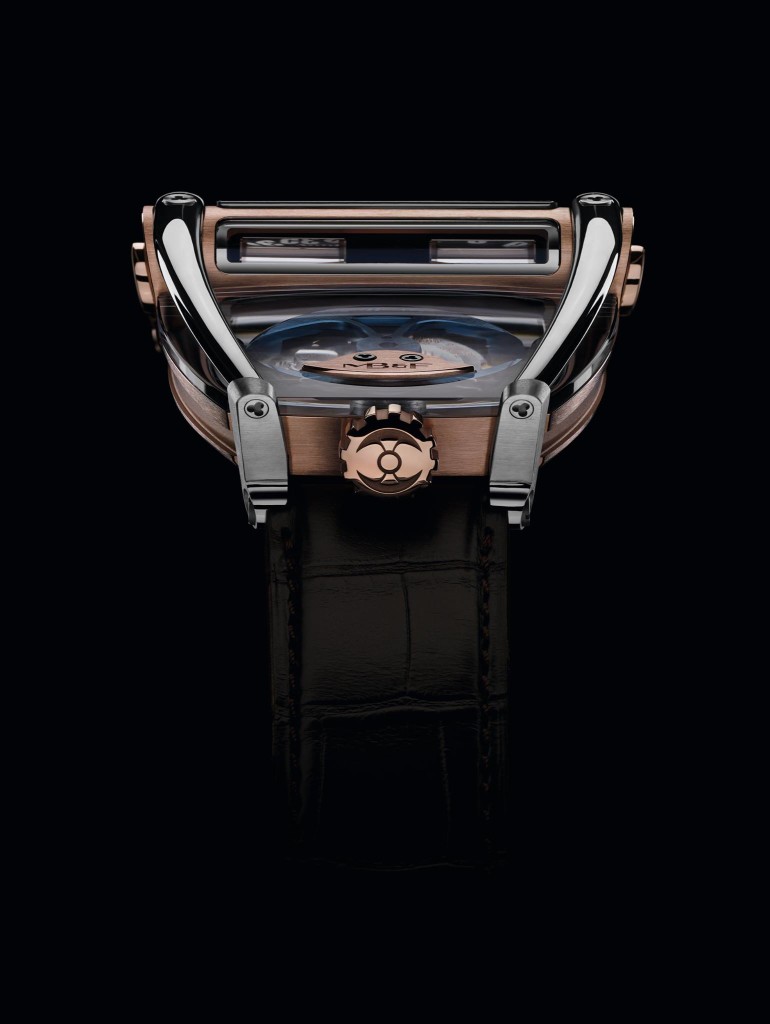 HM8 Can-Am features a curvaceous yet angular case, with dual optical prisms vertically displaying bi-directional jumping hours and trailing minutes, while the distinctive battle-axe winding rotor is visible on top. But the real star of HM8 is its Can-Am inspired polished “roll bars” majestically sweeping from the front of the Machine down to the beguiling tapered back. Incongruously for a fully mechanical racing machine, the visual effect is electric.

Those roll bars are milled from solid blocks of grade 5 titanium and then meticulously hand-polished to gleam like tubular mirrors. 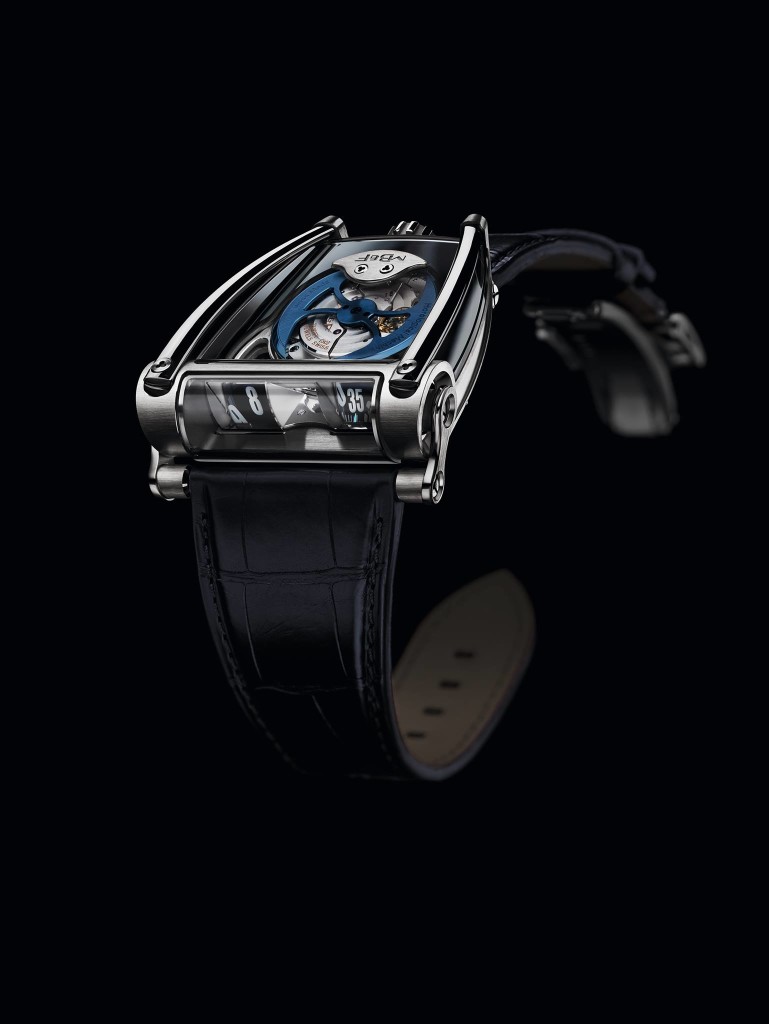 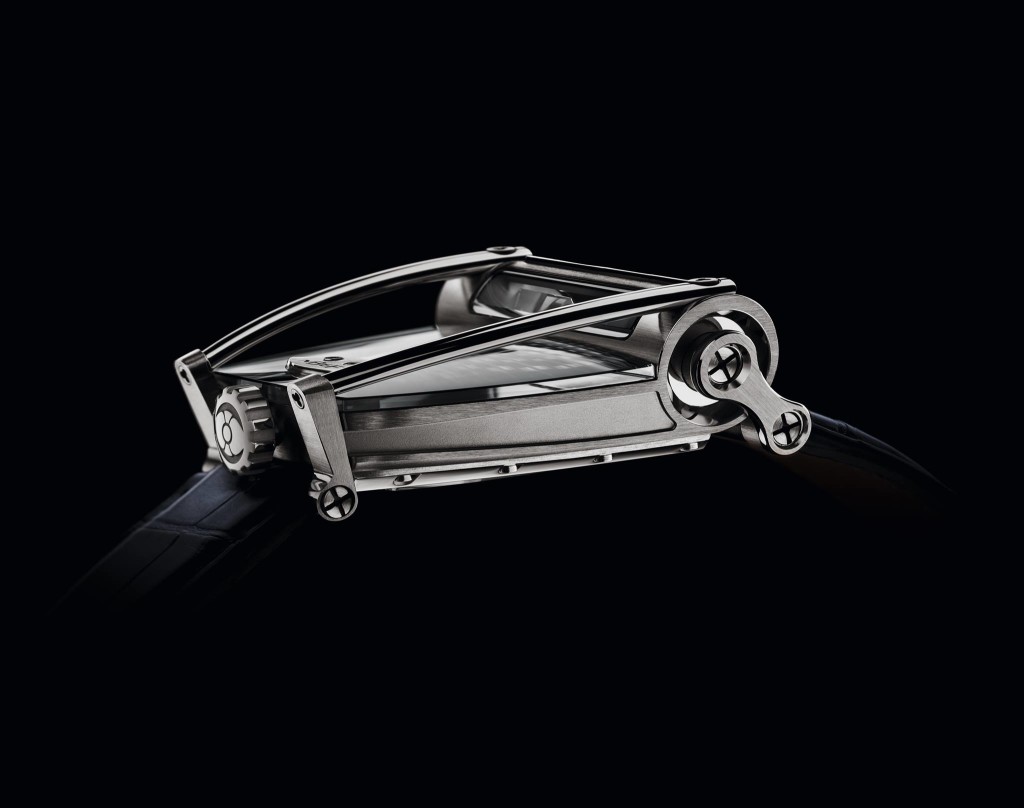 HM8’s Engine sits in full view under a nearly invisible sapphire crystal engine cover. The open centre of the blued-gold battle-axe rotor enables appreciation of the circular wave finish on the movement, while the hour and minute indication discs are visible in the corners.

The generous use of sapphire crystal allows unfettered visual access to the movement while its transparency backlights the time displays, making them more legible by day. Light also charges the Super-LumiNova numerals on the hour and minute discs for maximum legibility by night. HM8’s form amplifies its function rather than simply following it.