MB&F presents Horological Machine No.6 Alien Nation, an intergalactic vessel piloted by a captain and his quintet crew, enigmatic explorers ready to brave a new world. 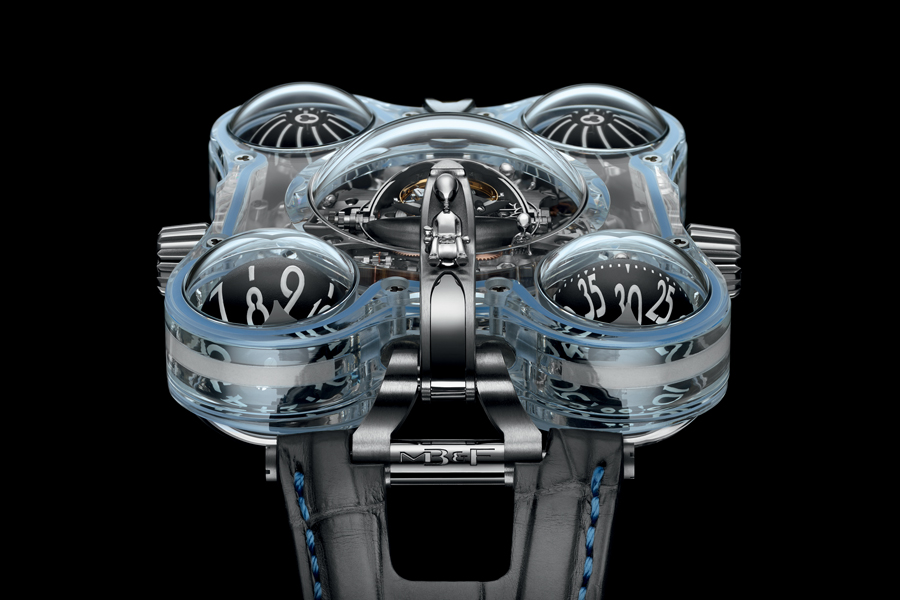 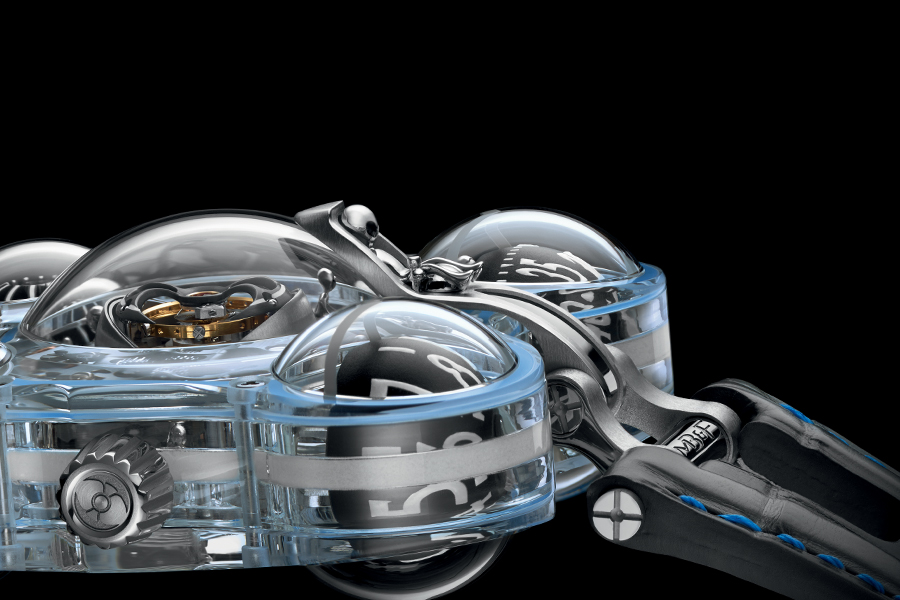 The first two series of HM6, the Space Pirate and Sapphire Vision, were unmanned vehicles. This year, MB&F decided it was time to put someone in the captain’s seat. MB&F founder Maximilian Büsser says, “I first came to love watches because I saw them as these machines that were imbued with life.” HM6 Alien Nation is the literal expression of this metaphor. Its alien inhabitants are not passive passengers; they scurry around the HM6 engine, fixing the turbines in the aft, adjusting the gears, hand on throttle, scanning the space ahead. Even when frozen into micro-sculptures of white gold, they are bursting with energy (except for one particularly large fellow, loafing in a corner just out of sight of his captain). 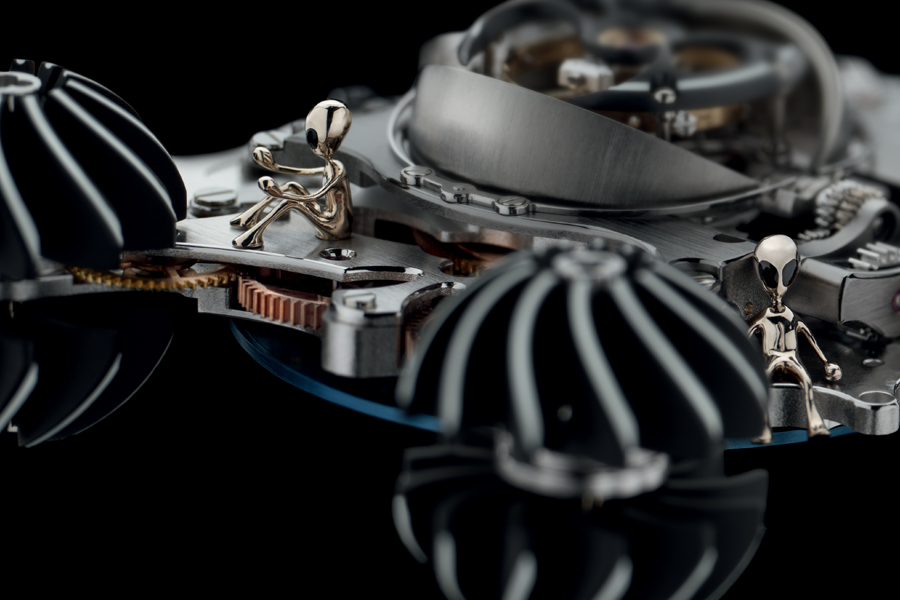 Each of the six aliens is individually modelled and hand-sculpted in white gold by engraver Olivier Kuhn. The arms and necks of the aliens are finer than grains of sand, each alien requiring up to 34 hours to complete. Count more than a month of full-time work for the crew of six.

The HM6 Alien Nation is completely transparent, being formed entirely of sapphire crystal with reinforcing elements in Grade-5 titanium. To be precise, 12 separate blocks of sapphire crystal requiring up to 510 hours of machining and polishing. During the process, breakage is unfortunately frequent, often reducing hundreds of hours of work to zero… And then comes the assembly: the 12 crystals must come together perfectly to present a seamless whole. 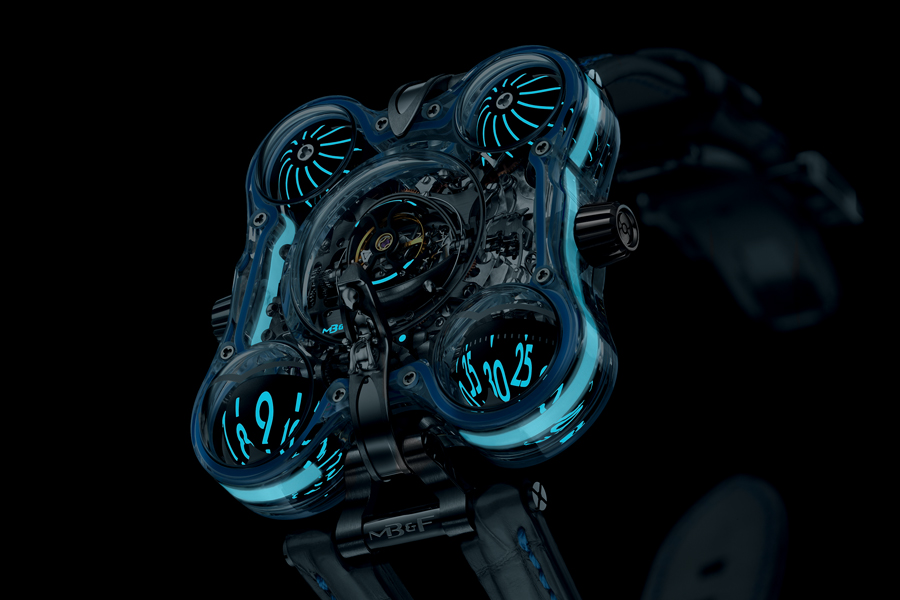 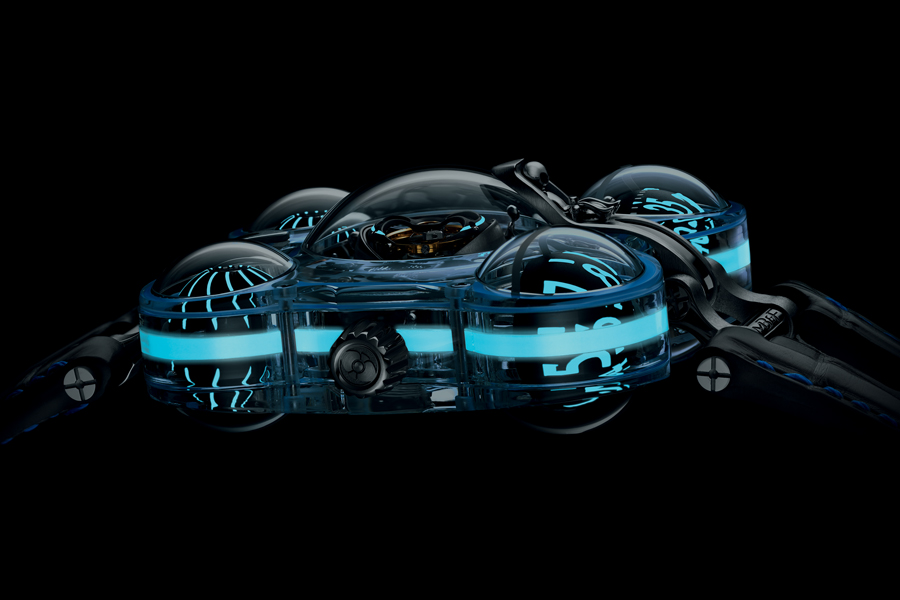 The interior of Alien Nation is shot through with thick bands of high- performance luminous material called AGT Ultra.

There will be four unique pieces of HM6 Alien Nation, differentiated by their accent colours: green, blue, purple and turquoise. Each one is on a mission to seek out a new home on this planet. The truth may be out there, but the course of the MB&F Horological Machine N°6 Alien Nation is locked on Earth. 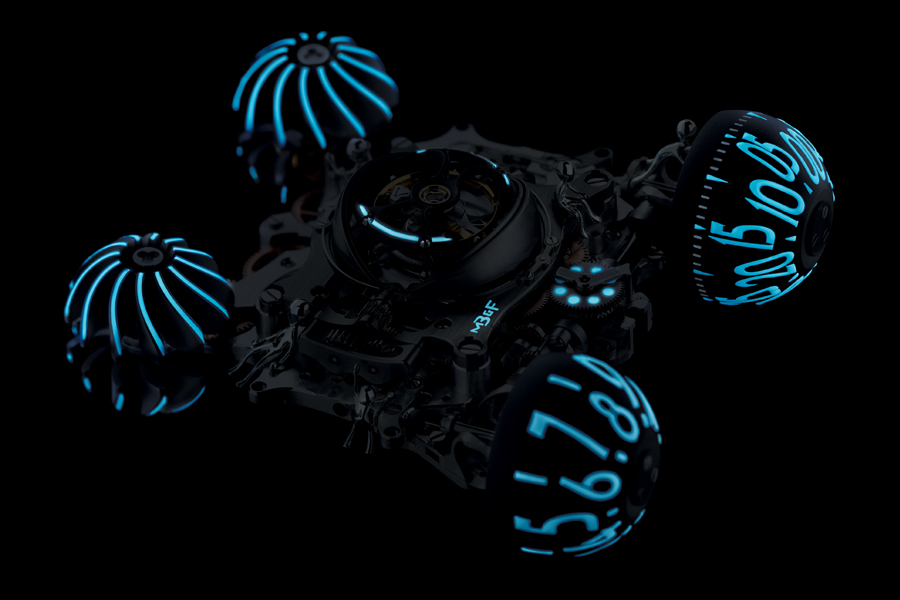