A universally symbolic creature cherished by the world of Jaquet Droz, the singing bird now appears in two new versions which put mechanical virtuosity hand in hand with contemporary poetry.

Hailing from a family of peasant-watchmakers during the Age of Enlightenment, Pierre Jaquet-Droz (1721-1790) embraced the vast naturalist movement so prevalent amongst 18th-century scientists, artists and philosophers. Sensitive to the beauty of plants and the animal world, he was the first watchmaker to introduce a singing bird on a pocket watch.

True to this spirit, the brand known by its twin stars recently presented two exceptional models with miniature automata that combine the best of its Ateliers d’Art: the “Bird Repeater” and the “Charming Bird,” which was awarded the Mechanical Exception prize at the 2015 Geneva Watchmaking Grand Prix (Grand Prix d’Horlogerie de Genève).

Jaquet Droz now reaffirms this effort by unveiling a unique version of the “Charming Bird,” in which the dial is adorned with delicate mother-of-pearl for a captivating and refined aesthetic. 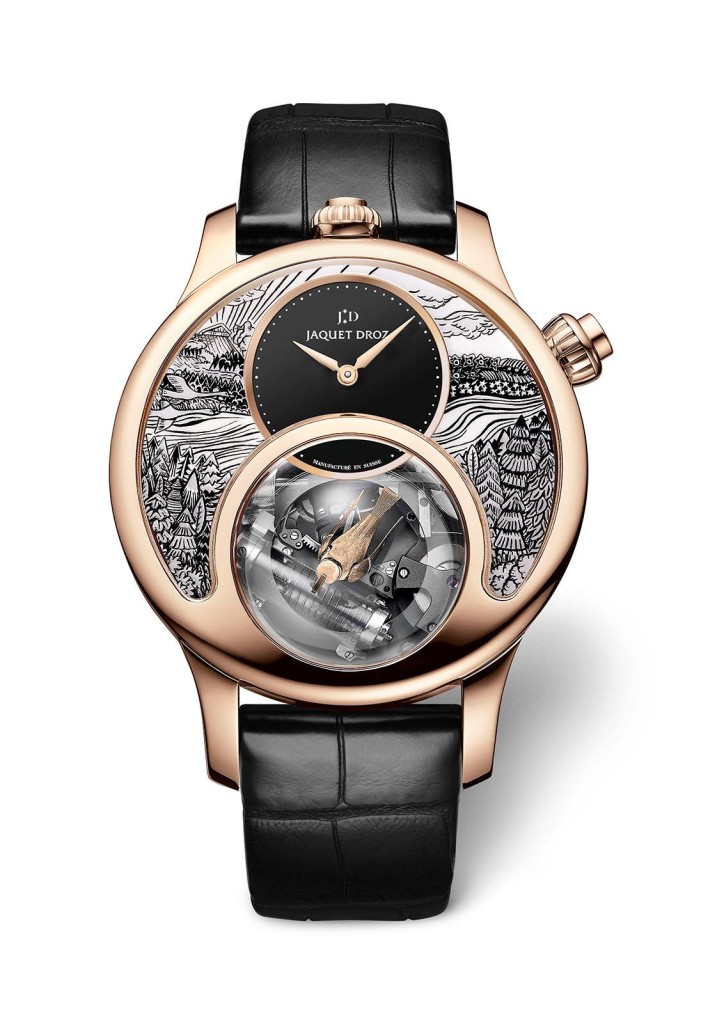 The miniaturization of elements and the extreme mechanical complexity of the “Charming Bird” are matched only by its aesthetic sophistication, a result of the well-honed expertise of the Ateliers d’Art. This is the case not only for the tit bird, a truly miniaturized sculpture, but also for the entirely hand-decorated movement and the background of the dial, in which hand-painted and engraved mother-of-pearl evoke the landscape of the Swiss countryside, a historic Jaquet Droz motif. 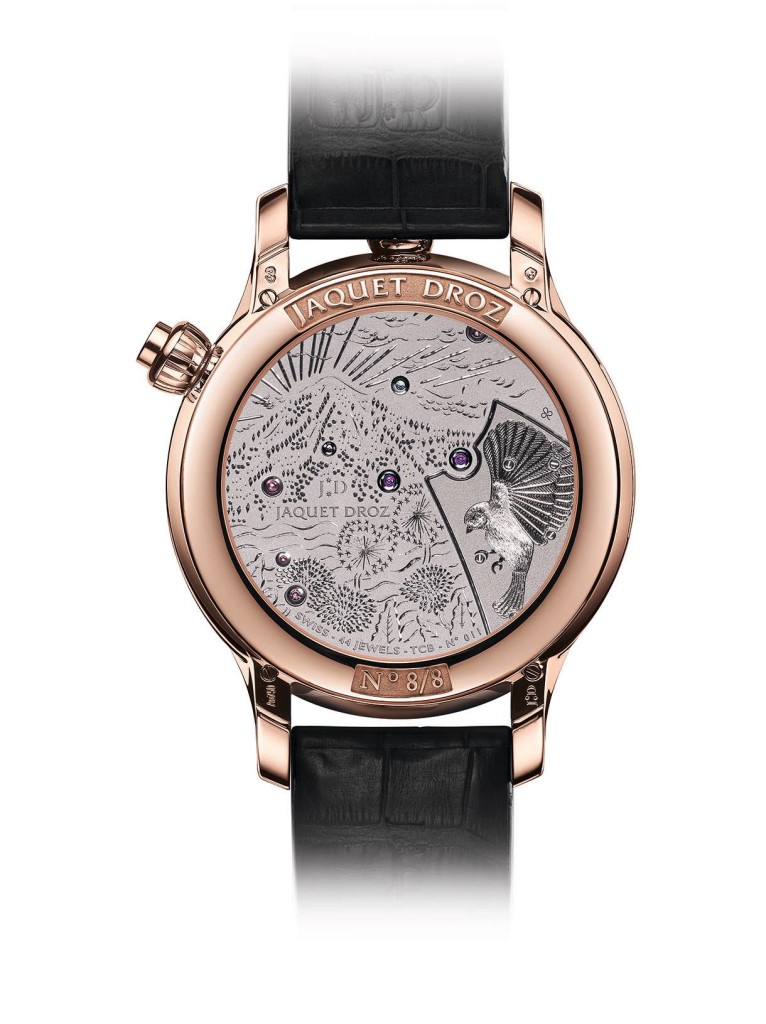 The traditional technique of paper cutting inspired this representation, which brings together the peak of expertise in engraving and miniature painting skills, the only means of producing the astonishing richness of detail in this work of art.

The 47mm case is presented in a choice of either red or white gold, with each version limited to 8 unique pieces. 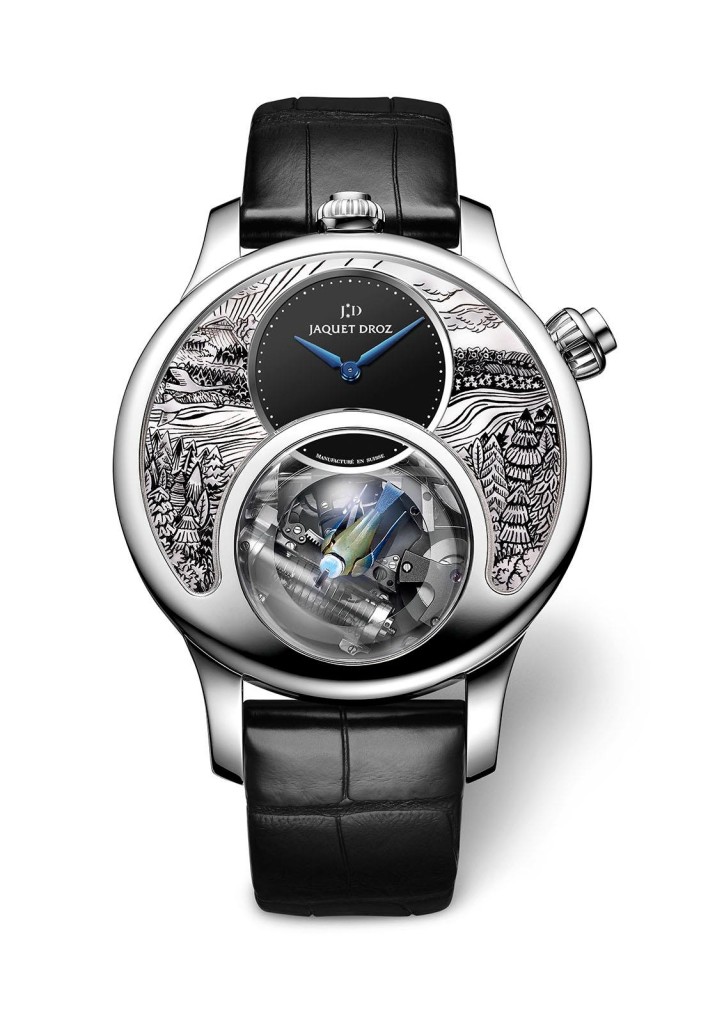 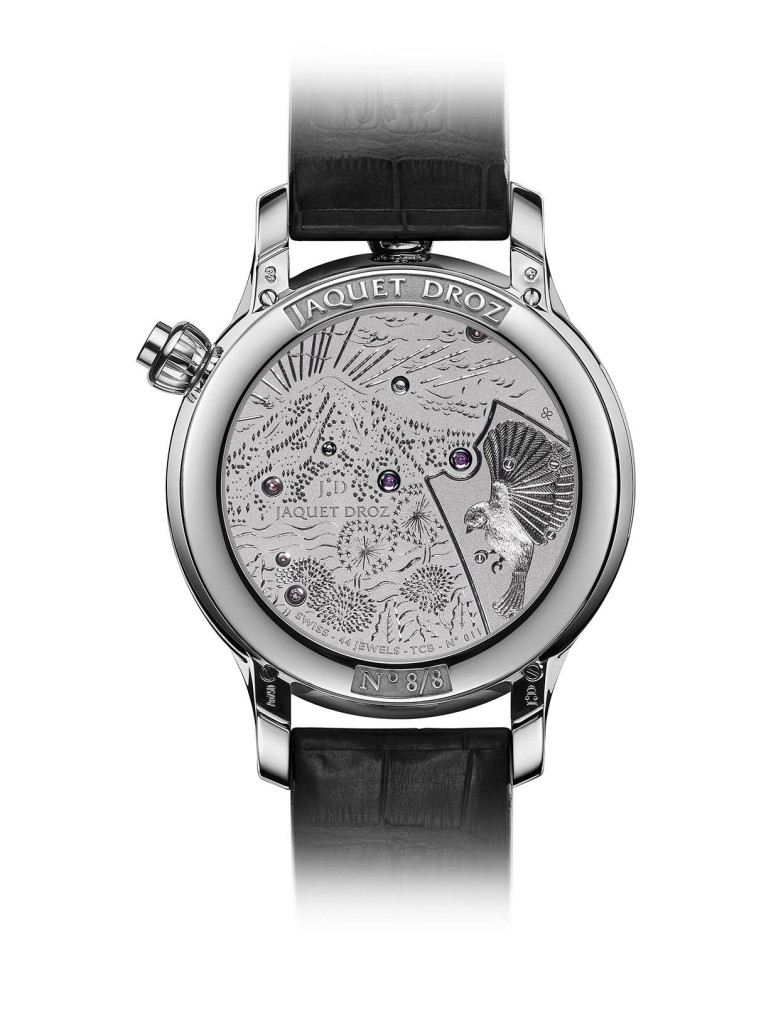