AFTER A DECADE OF FUNDAMENTAL RESEARCH, GREUBEL FORSEY IS WRITING A NEW CHAPTER IN WATCHMAKING HISTORY BY EXPLORING THE UNIVERSE OF MECHANICAL NANO. THIS ALLOWS US TO FREE OUR- SELVES OF EXISTING SPATIAL AND ENERGY CONSTRAINTS.

THE PILLARS OF MECHANICAL NANO 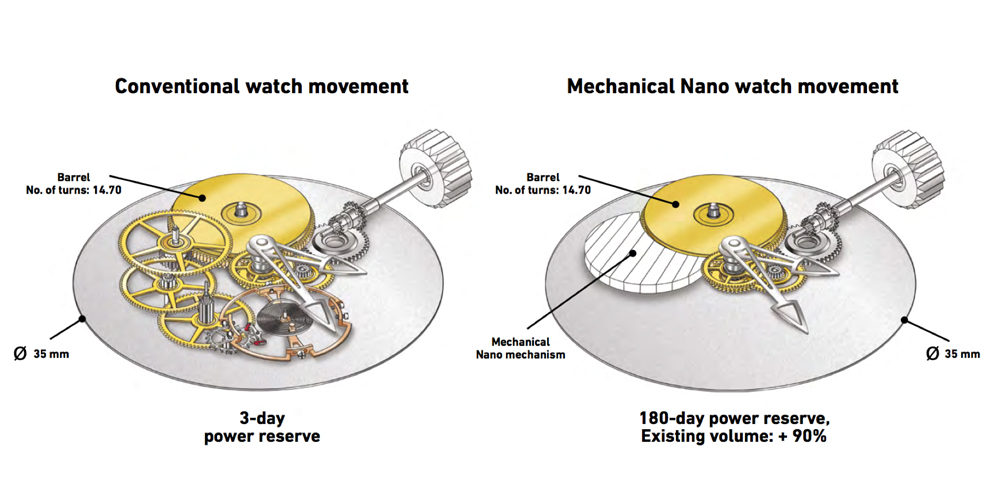 From clock towers to wristwatches, the history of clock- and watch-making over the past four centuries chronicles the ever-increasing miniaturisation of existing mechanisms. Greubel Forsey’s EWT* Laboratory toiled away secretly for ten years, pushing the boundaries of mechanical miniaturisation until it produced its first demonstration prototype in 2014. A second prototype with a watchmaking mechanism was completed in 2016. These prototypes paved the way into this new universe of Mechanical Nano, where watchmaking truly enters the realm of the infinitesimally small.

Greubel Forsey’s research in Mechanical Nano has led to remarkable discoveries, validated by laboratory tests that point the way to this new universe. They bring us closer to realising the dream of every watch-maker over the past two hundred years – to free our- selves from the limitations of space. The technology of Mechanical Nano opens up limitless horizons, thanks to these intrinsic characteristics: requiring only a reduced number of working parts, resulting in a very much smaller volume with incredibly low energy consumption.

For watchmakers, the limited space inside the watchcase constitutes the main technical constraint. Through Mechanical Nano, we have fundamentally rethought the watch calibre and reduced its size and power consumption by the same ratio as the watch-makers who compressed clock movements to create the wristwatch two centuries ago.

Up until now, the power needed to drive a wristwatch mechanism was a limiting factor in terms of creativity and innovation. Mechanical Nano opens up a wealth of possibilities so that a power reserve of several months is no longer just wishful thinking. This discipline presents us with many new challenges – and to face them, we must master physical laws that have hitherto had no bearing on watchmaking.

Greubel Forsey sees unprecedented scope for creativity and unexplored mechanical applications in this terra incognita. We have demonstrated, for example, that a watch mechanism can be powered on the energy generated by the air ow inside the movement. Mechanical Nano will also enable us to create new complications such as the Indicateur de Fréquence.

Greubel Forsey will regularly share updates on these research developments in 2017 and 2018 with, notably, the fruits of research from the first two prototypes. We are now working on the first Mechanical Nano timepiece, which will be unveiled in the near future. This fascinating project is a new milestone in the history of mechanical watchmaking and lays the foundations for a new era in watchmaking. 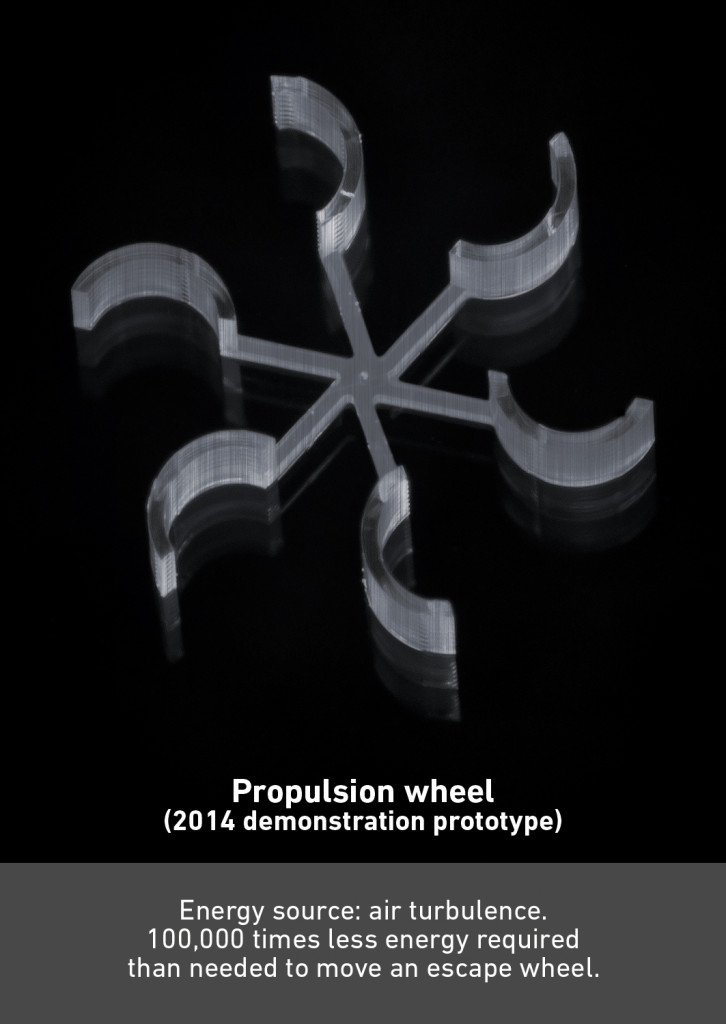