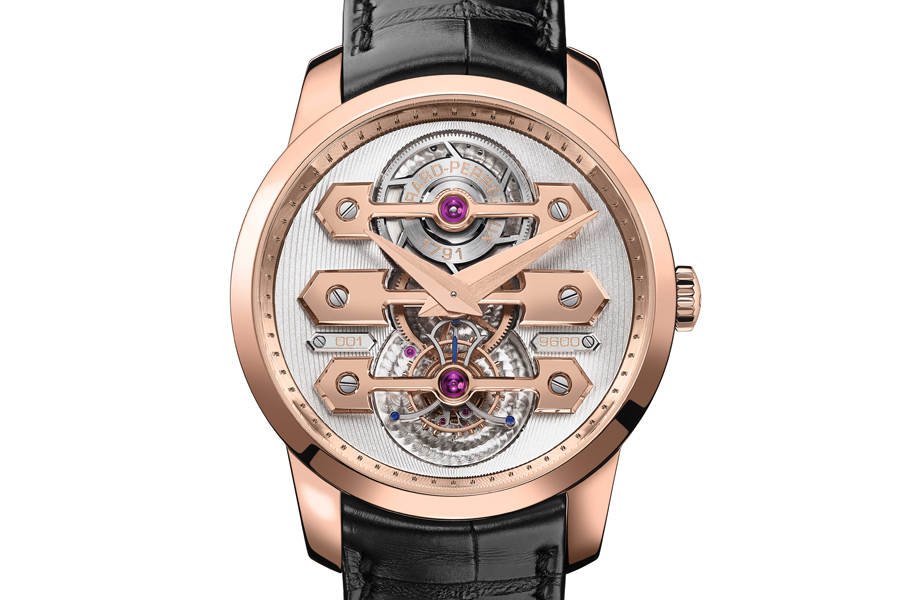 In the mid-1850s, the watchmaker Constant Girard began work on an almost minimalist construction that has become its namesake Manufacture emblema: the Tourbillon with Three Bridges, an historical signature and a legendary model that, for 150 years, embodied the spirit of Girard-Perregaux.

To create this movement with its unique and instantly recognisable architecture Constant Girard focused his research on the tourbillon and the regular movement rate that it ensured for the movement. While his peers were merely adding it on to a given movement, the watchmaker devoted close attention to the structure of the movement and the shape of its components. He thus developed a watch equipped with a tourbillon regulator on a calibre featuring three parallel bridges. The length and patient creative process led to this principle being incorporated within a tourbillon pocket chronometer equipped with three nickel-plated parallel bridges.

In quest for technical and aesthetic perfection, gold was incorporated into the movement as a functional material, and the architecture of the bridges was fine-tuned. In creating this iconic calibre, Constant Girard literally set the stage for the mechanism and its components, lending an artistic dimension to the tourbillon that had hitherto been regarded as serving a purely functional purpose.

In 1889, the watchmaker unveiled the culmination of this concept: the Tourbillon with Three Gold Bridges, nicknamed Esmeralda. Recognition was immediate, since the masterpiece won the Gold Medal at the Paris Universal Exhibition. 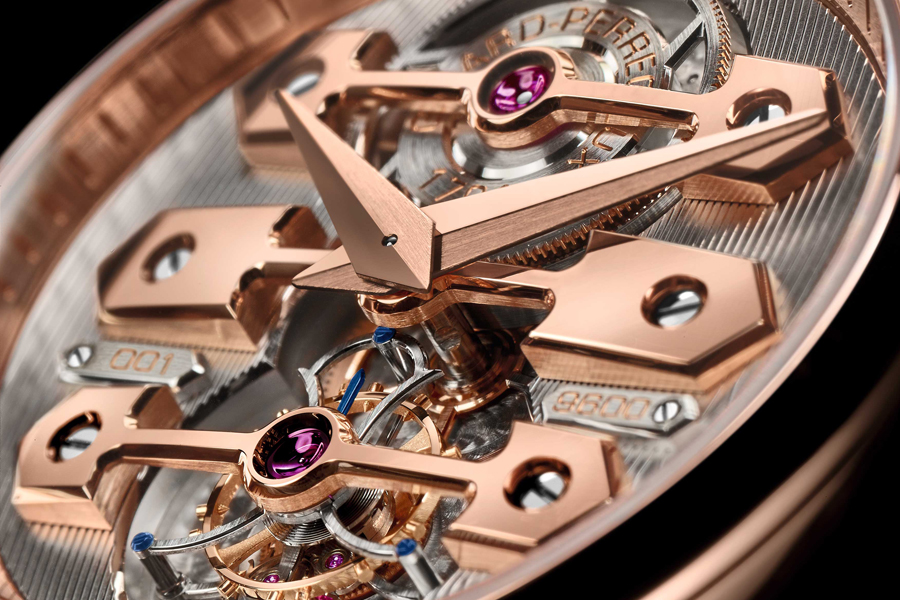 Over a 25-year period, Girard-Perregaux made around 20 tourbillons with three bridges. In the late 1970s, in the midst of the quartz boom, Girard-Perregaux decided to issue a 20-piece re-edition of it. Ten years later, in 1991, on the occasion of the bicentenary of the Manufacture, the Tourbillon with Three Gold Bridges was miniaturised to wristwatch format for the very first time. Since then, 1,500 of these models have been produced.

Through the new “Three Bridges” generation the arrow-type bridges of the iconic movement design are adorned with precious materials and traditional finishing in the “Gold Bridges” range, while its modern “Neo Bridge” counterpart is enhanced with modern composites and state-of-the-art finishing.

Today, a new 40 mm-diameter Tourbillon with Three Gold Bridges joins the Bridges collection. Its 18K pink gold case teamed with a black alligator leather strap secured by a triple folding clasp provides a transparent frame for the legendary calibre and its signature characteristics. The absence of a dial ensures clear views of the movement, comprising 257 parts entirely assembled and decorated by hand. The 79-part carriage weighing barely 0.278 grams is driven by a unidirectional micro-rotor automatic winding system, visible through an openworked barrel. In addition to its tourbillon, this Haute Horlogerie watch with a 50-hour power reserve displays the hours, minutes and seconds. 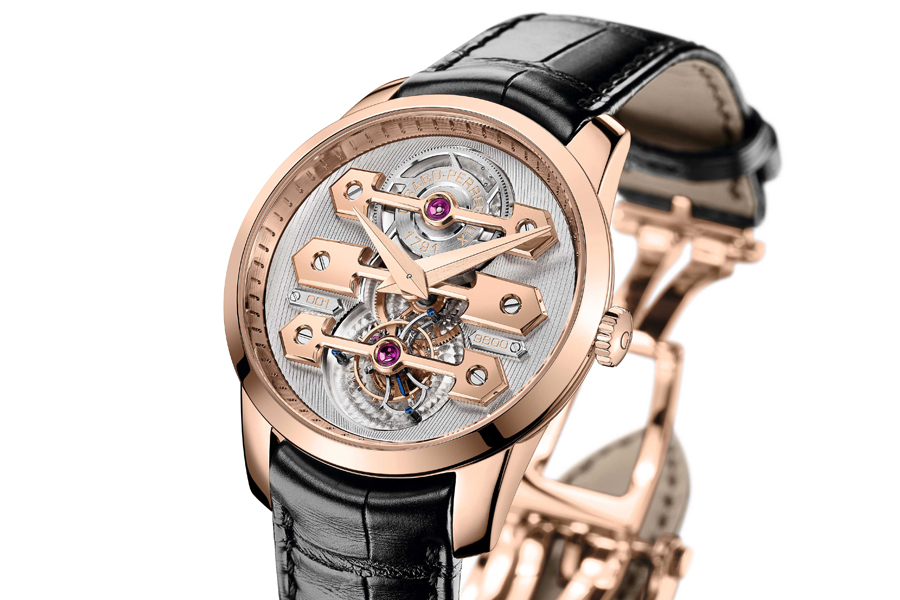