“Constancy” is a key element for Girard-Perregaux. In 2008, the Swiss house unveiled the Constant Escapement – whose name is also a nod to Constant Girard-Perregaux – which represented a big revolution in chronometry (timekeeping precision). Leveraging the extraordinary properties of silicon, the mechanism supplies the balance wheel with constant force that never dwindles, however much energy is available, allowing a continuous timekeeping precision. 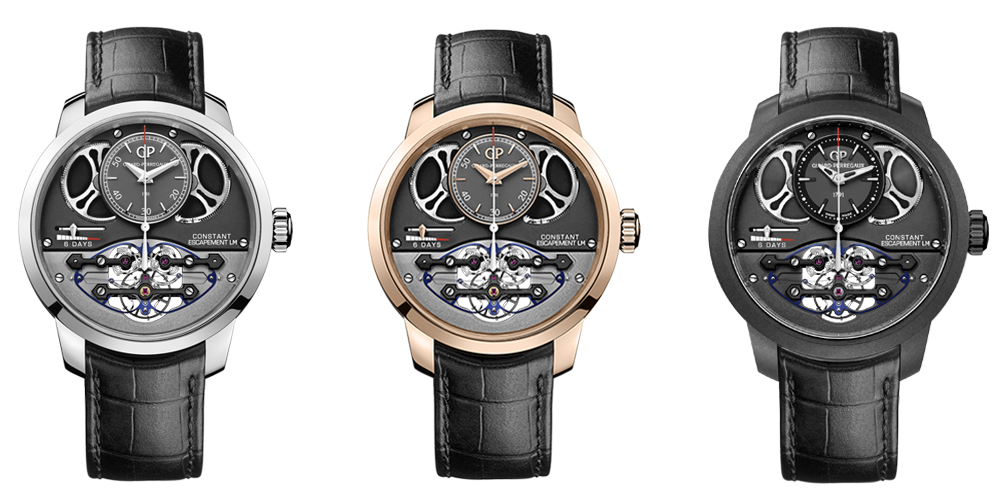 A butterfly-wing frame is placed between the lever and the balance spring. This intermediate device serves to support a silicon buckled-blade measuring just 14 microns thick – six times finer than a human hair! Flexed at the point of instability, it is capable of storing a certain amount of energy, before releasing it all at once. This entirely novel constant force escapement represents a victory over the loss of energy typical of traditional watchmaking, thereby guaranteeing unprecedented precision. 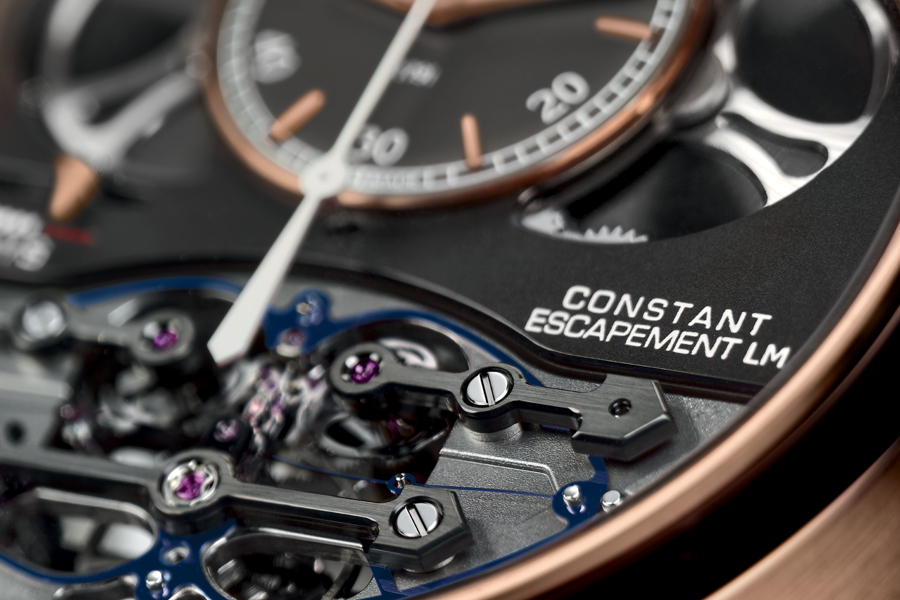 Another distinctive feature of this movement is its one-week power reserve, thanks to two double barrels. The autonomy is displayed on a linear indicator at 9 o’clock. Hours and minutes are read off on an offset counter at 12 o’clock, only the seconds hand remains centrally fitted. 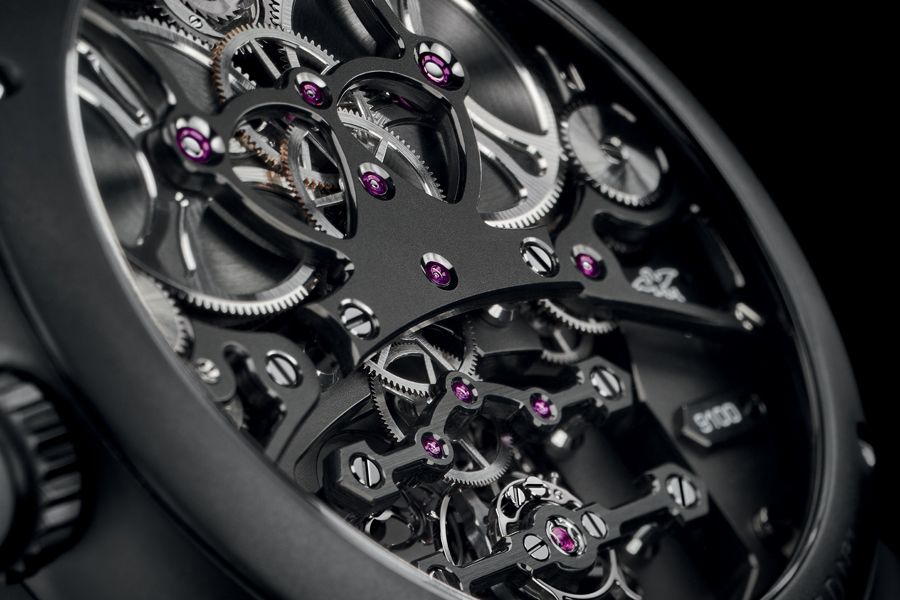