Unlike fragile skeleton watches where as much material as possible is taken from the construction, the Twenty-8-Eight Skeleton Tourbillon’s skeleton remains deliberately robust and is therefore well balanced with the design of the case which features 48 imperial columns, a typical feature of practically all DeWitt pieces. 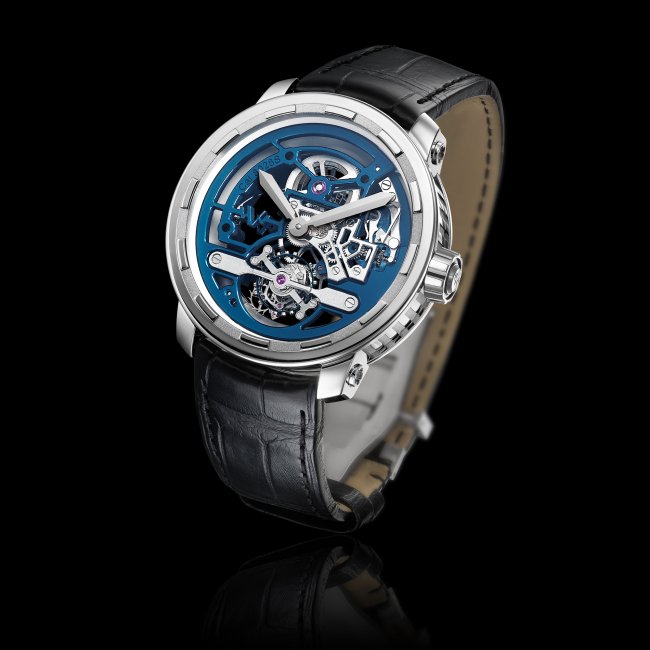 Entirely produced in-house, this manually wound Tourbillon is equipped with a Swiss anchor escapement and a spiral made out of an unbreakable, self-compensating, non-oxidizing, anti-magnetic alloy and sequenced at 2.5 Hz.

The precise flat rolling of the Hairspring (0,0001 mm) guarantees an extremely high precision to the mechanism. The balance, as well as the escape wheel and the anchor, are made of 18-carat yellow gold. 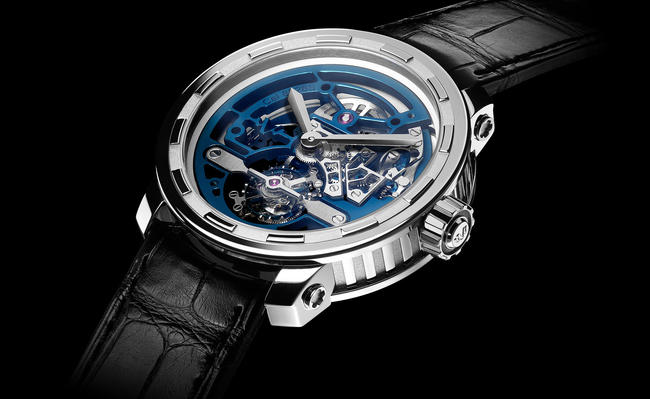 The Twenty-8-Eight Skeleton Tourbillon is housed in a 43 mm round case made in 18-carat white gold. Its balanced design offers a combination of character and refinement with the architectural lines of the skeleton movement. 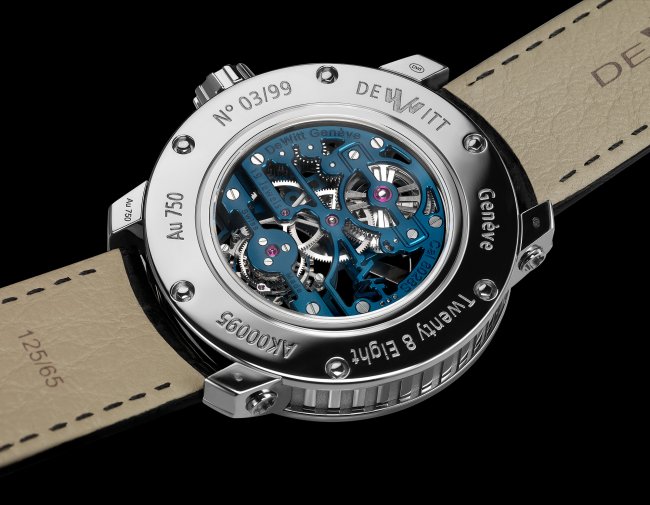