The name “Eccentrica” chosen by de Grisogono for its new collection of ladies’ watches evokes its extravagant character, as well as its resolutely contemporary architecture. 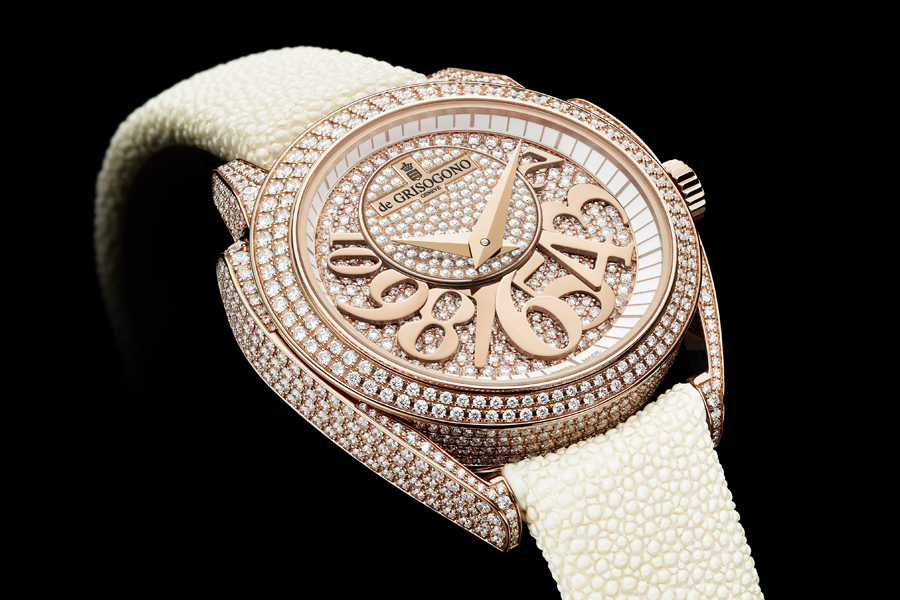 As all the creations by the Geneva-based jeweler, this timepiece design is immediately recognizable: its proportions, together with the succession of off-centred circles composing its silhouette, immediately instil it with an original character. From dial to case, from lugs to crown, from stylised Arabic numerals to the galuchat strap – it features most of the distinctive signatures that have for more than 20 years reflected the emblematic de GRISOGONO style.

The polished pink gold case, set with 660 brilliant-cut diamonds (~ 5.01 carats) and with a diameter of 39.70 mm (3h – 9h) has been designed like an anthem to roundness. Inside it, a spellbinding depth effect is created by the off-centred circles and the play on diamonds. The dial tells the story of time in a sweep of stylised Arabic numerals opulently laid out around a bevelled inner bezel ring. The delicately asymmetrical architecture extends through to the lugs – like two arms in which the round case nestles gently. Its crown adorned with a black diamond and its galuchat-dotted strap set the finishing touches of elegance to a watch endowed with the identity codes of the Maison. 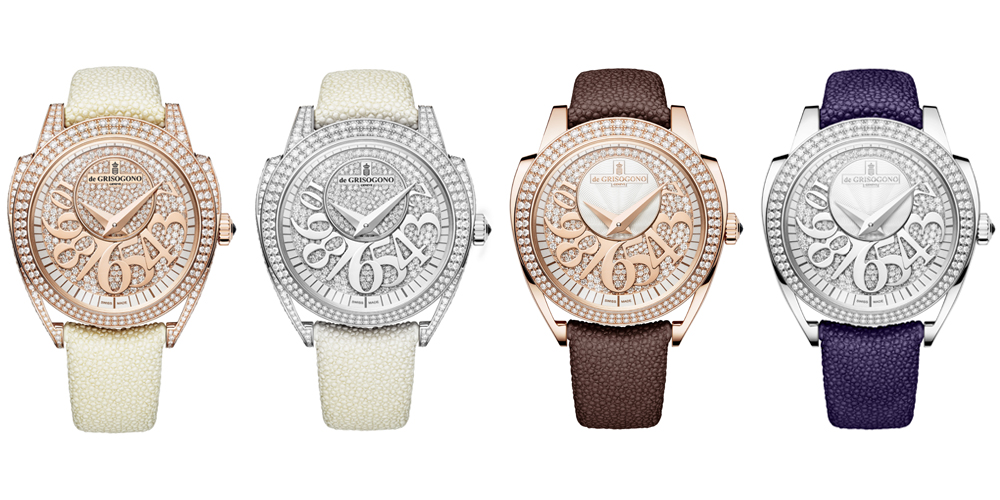 “Creative design is about constantly reinventing oneself while remaining true to one’s identity” says the creative director Fawaz Gruosi. “Preciously safeguarding the attributes of a distinctive and authentic character. Creating the unexpected, springing surprises. Introducing visual novelty while instilling a deep sense of continuity and consistency.”