The DB25 World Traveller is designed to become a loyal companion for the long distance traveller. Each indication can be controlled independently and the visually refinement is defined by the concentric arrangement of the functions. 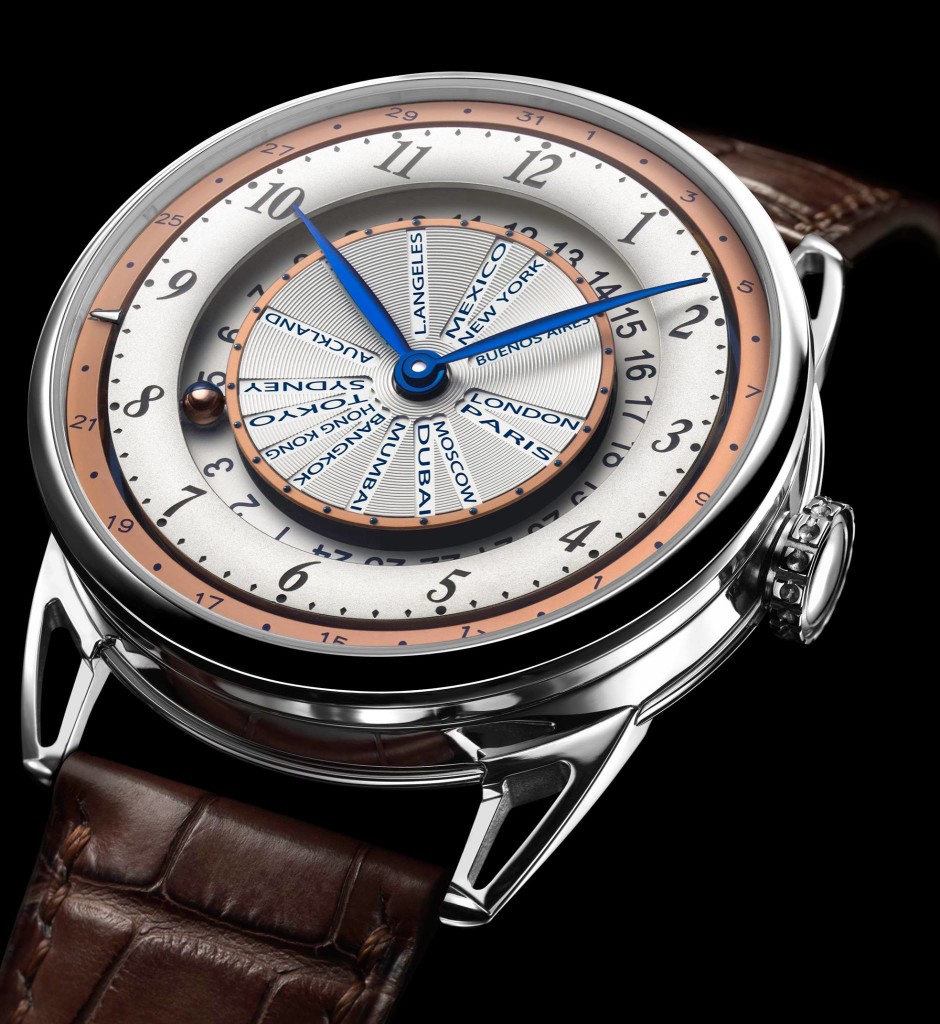 Starting in the centre, the dial indicates world time, which is set using an almond-shaped push-piece positioned at 8 o’clock. This flexible and precise system moves the city display disc, which is decorated with concentric Microlight, by one-hour clockwise jumps. The first time zone, is displayed with 24-hour markers and indicated with a mysterious display by the position of the microsphere, which appears to float weightlessly in its channel. Using the crown, it can be set in both directions (clockwise/anti-clockwise). At 6 a.m. and 6 p.m., the crown pivots on itself to present a pink gold face for daytime, or a back side in blued steel for the night. Local time, or the second time zone, is indicated by the blued leaf-shaped hands, whose curve matches the relief of the dial. The minutes hand remains naturally coordinated with the reference hour, while the hours hand is controlled by the crown pulled out to the second notch. The hours hand moves forward and back by direct jumps of precisely one hour. The day indication is the last circle on this display, with a design that evokes the solar system. The day is coordinated with local time only in the clockwise direction, and indicated by a jumping pointer that is adjusted by a corrector at 10 o’clock. 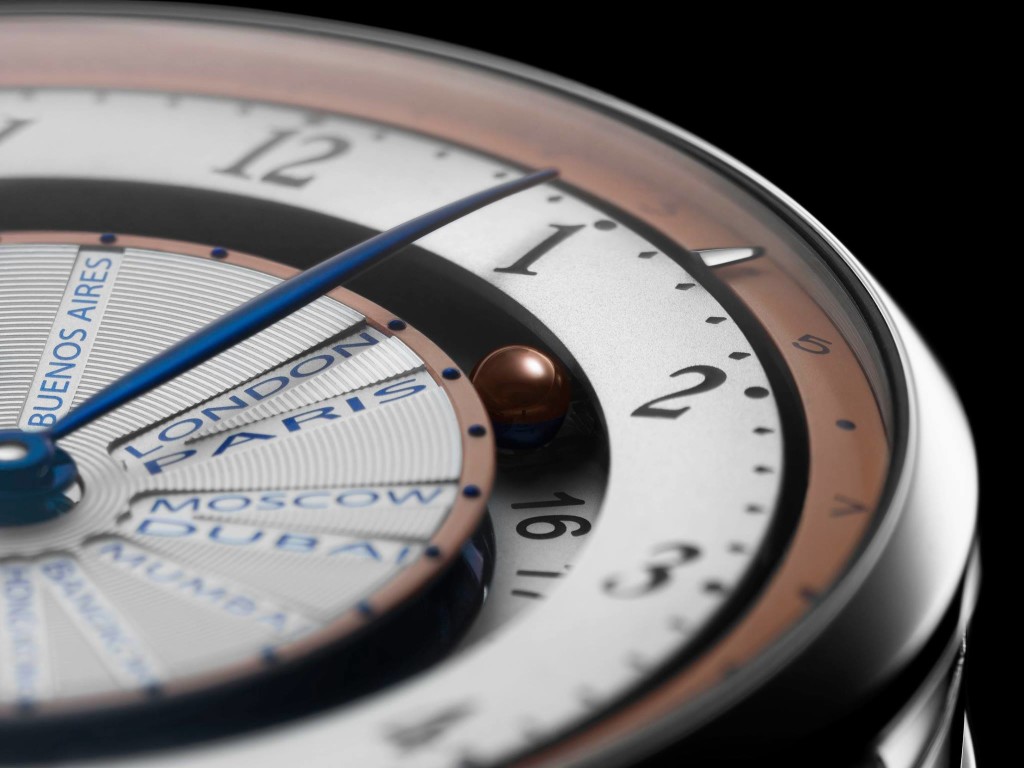 The DB25 World Traveller is equipped with the mechanical calibre DB2547 with manual winding, the latest manufactured. For the first time, the central delta bridge is embellished with a “Côtes De Bethune” decoration in the centre, produced using the Microlight micrometric engraving technique developed by De Bethune. The polished plate is hollowed out to become concave and thus intensifies the reflections of light as a result. The regulator is equipped with a new evolution, a titanium balance wheel with white gold inserts, developed particularly for optimal management of temperature variations.

The case “45mm” stands above the wrist, like an instrument, with open lugs attached to the case back. This frees up the middle so that it is accessible for easy adjustment. The crown is an essential component of the DB25 World Traveller; designed to be thin but wide and slightly raised for greater ease in handling. 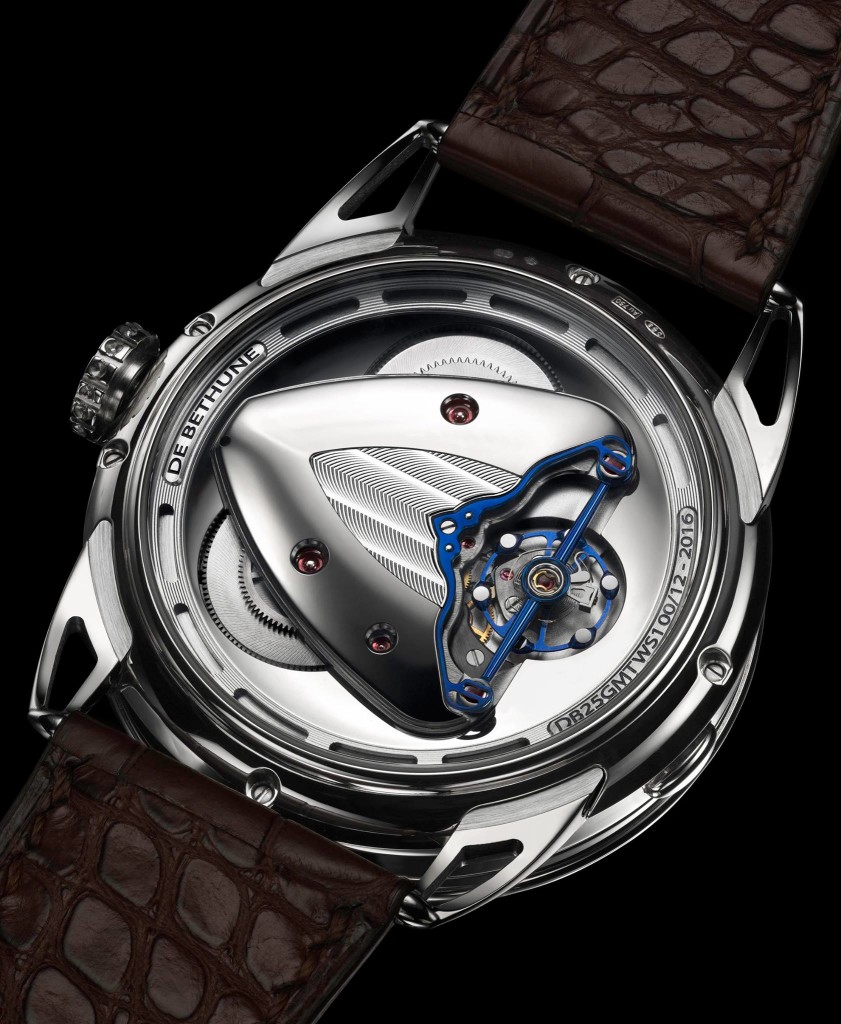 Mo Coppoletta: the Italian designer who first conquered London, and then the watchmaking world