Baume & Mercier presents Clifton Club Shelby Cobra CSX2299 Limited Edition to celebrate the Shelby Cobra Daytona Coupe. In recognition of the speed record achieved by the Daytona at Le Mans in 1964, only 196 pieces will ever be produced, each numbered to prove its place in this exclusive collection. 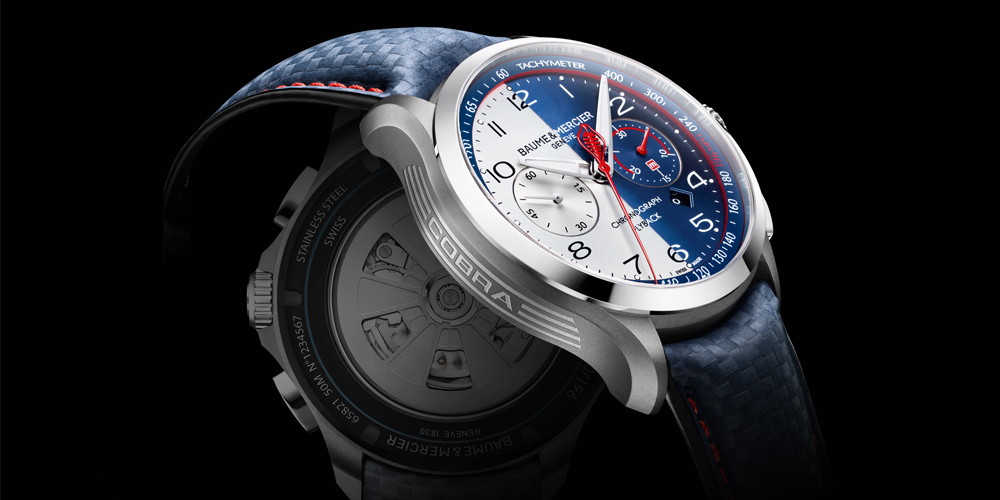 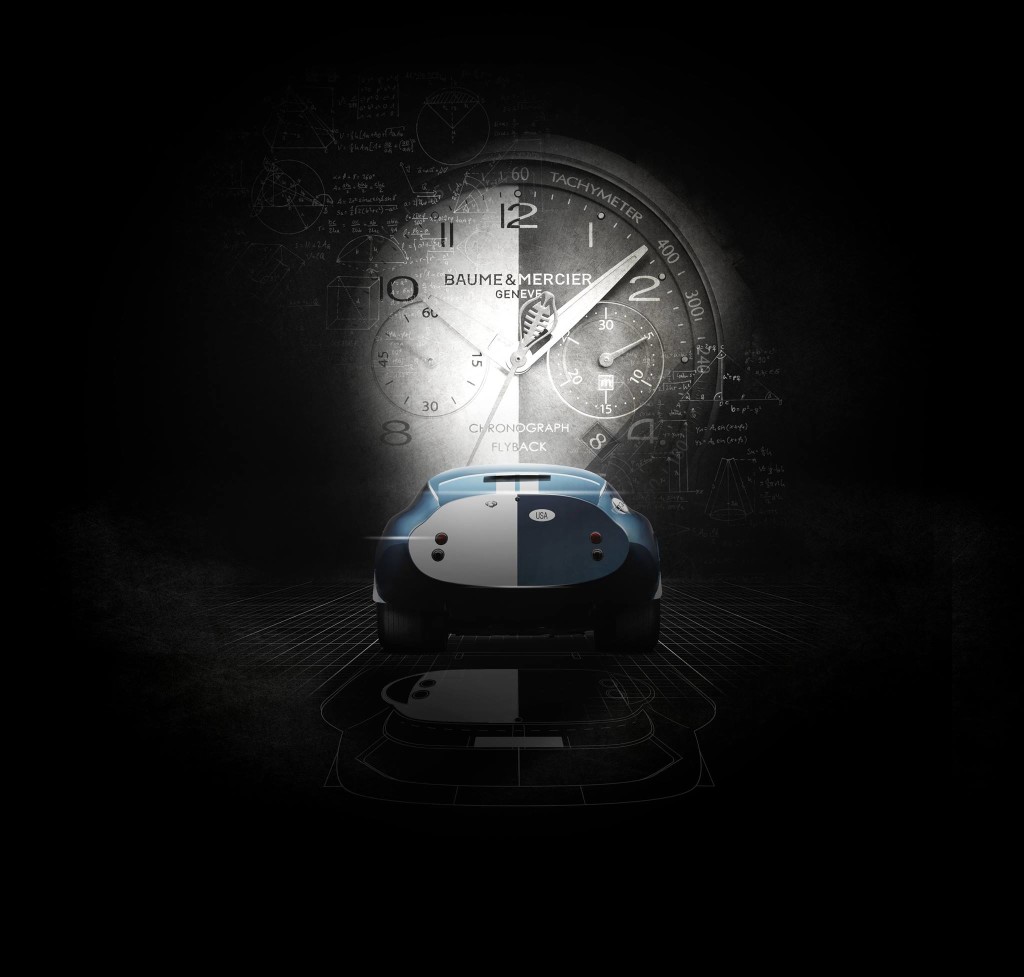 Powered with a manufacture self-winding movement (La Joux-Perret 8147-2) with flyback chronograph function, the watch allows the wearer to move from one chronograph reading to another in a single button push. This 44mm diameter case is forged in polished/satin-finished stainless steel and titanium, a highly resistant and light material. Central to its persona is a dial inspired by Peter Brock himself, mirroring the half blue/half silver-colored Shelby livery chosen for the Daytona’s tail marking it as a true original. Framing the bi-color dial are modern Arabic numerals, while the snailed horizontal chronograph counters are offset by tachymeters scale that highlights the speed record of “196mph”.

Between the hands (illuminated with blue Superluminova) is a vivid red chronograph second hand that features the iconic Cobra logo created by Peter Brock to mark the Shelby brand. Trace your fingers along the edges, and precise details make themselves known. The first is an exact replica of the foot pedals, placed on either side of the crown to control chronograph functions. On the other side, the Cobra insignia is forged into the case band in tribute to the powerful Cobra 289 engine. 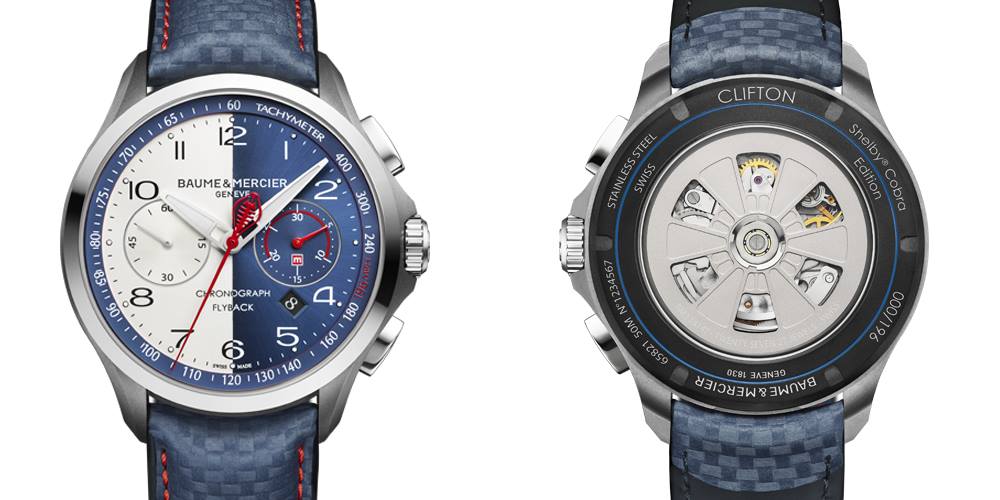 Complementing the vivid design is a blue “automotive carbon-like” calfskin strap with black rubberized soft-touch calfskin lining and red stitching. While on the back, the Daytona Coupe’s iconic wheels are represented in exact glory, framed by an engraving of the collection title and proof of limited edition status. 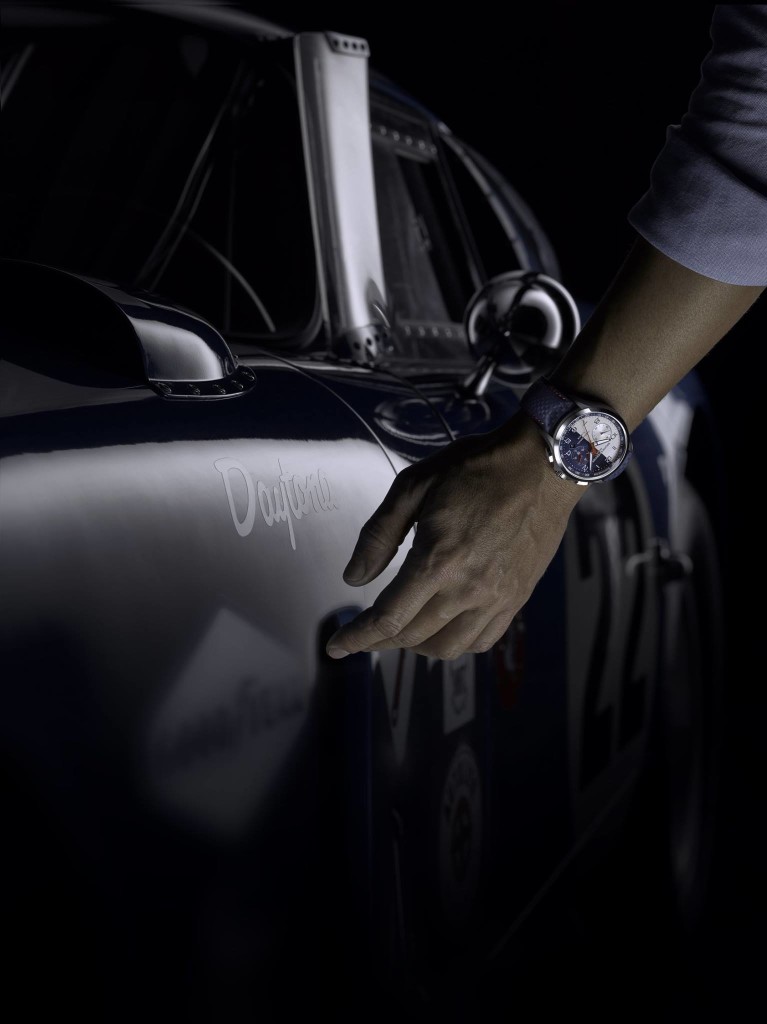