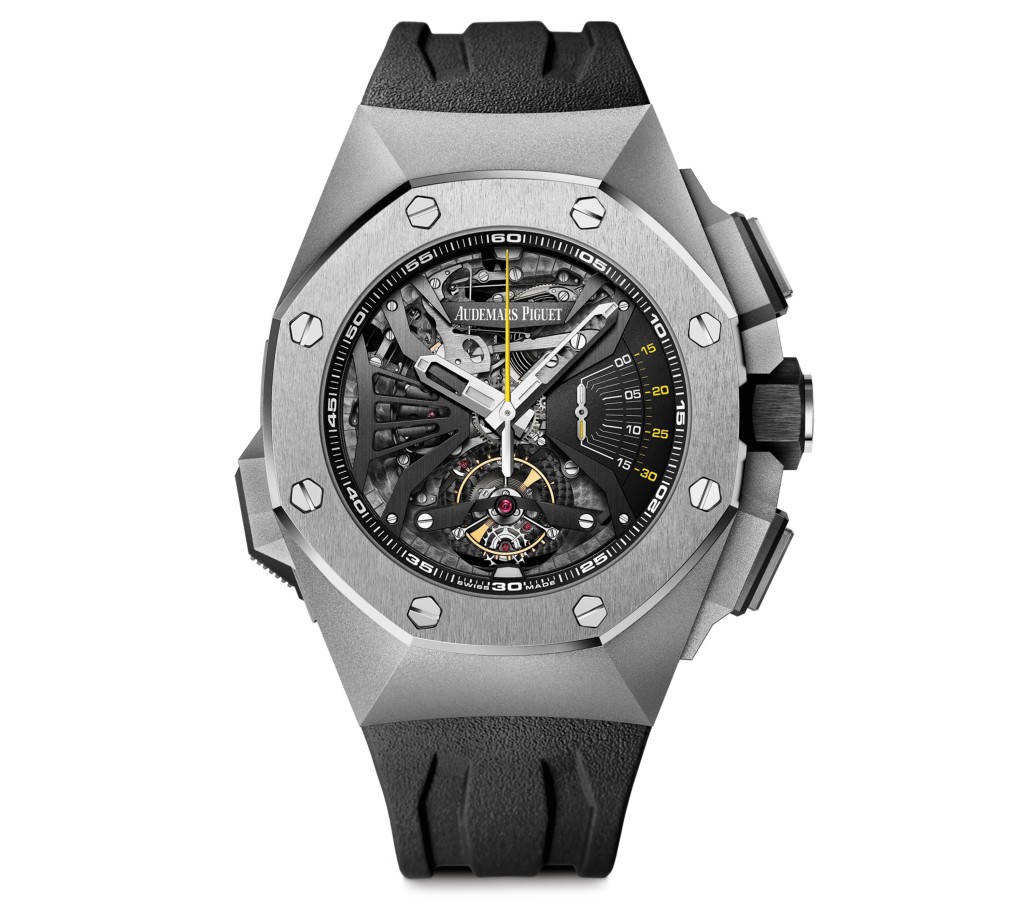 The outcome of the study programme is a new method for pre-preparing the steel used to create the gong structure, to achieve a unique minute repeater sound. A scientic system of performance targets was devised according to material cross-section, length and rigidity. Today, these pre-defined targets anticipate the final performance of the steel used by the watchmaker to make the gongs, assisting him to hone the right pitch, tone, and harmony. The result is a shortened, precision-mastered tuning process and a unique sound.

The Royal Oak Concept Supersonnerie presents a newly developed case construction that prevents sound absorption, boosting amplication. In traditional minute repeater technology, the gongs are fixed to the mainplate. In the Royal Oak Concept Supersonnerie they are attached to a new device, a material spread beneath the movement that acts as a soundboard. Now, the gongs transmit vibrations directly to the soundboard – not to the mainplate. The technology functions like the upper body of a guitar. With the vibration-to-air system improved, sound quality, tone and amplication are richer. 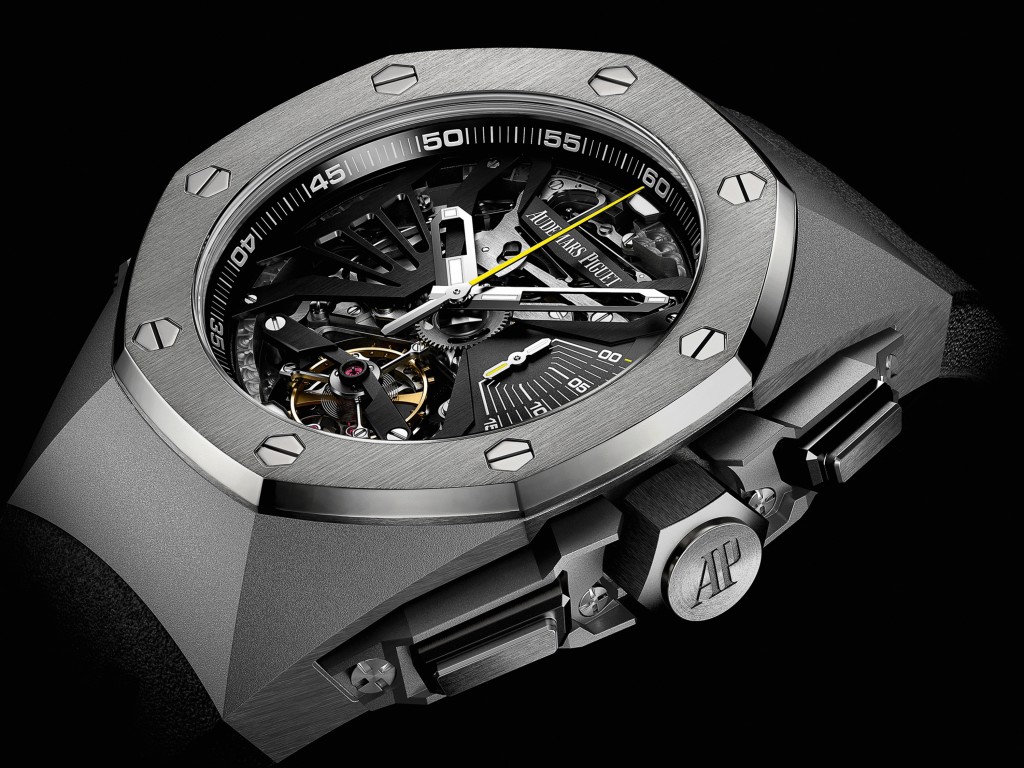 The striking regulator – the device that sets the pace of the striking sequence of hours, quarters and minutes – is redesigned. The anchor system is more exible and becomes a shock absorber so that unwanted shock noise – created on action – is eliminated. Noise is almost imperceptible; poor frequencies are diminished and the pure, clear sound created by the watchmaker is freed. The result: a brighter, cleaner tone.

In traditional chiming systems, when there is no quarter chiming sequence, there is a long silence between the hour and minute chiming sequences. In the Royal Oak Concept Supersonnerie, time spent waiting for the gongs to strike is reduced by up to 50 per cent. Furthermore, a security function prevents the user altering the time display while the striking mechanism is active. Timing is improved. 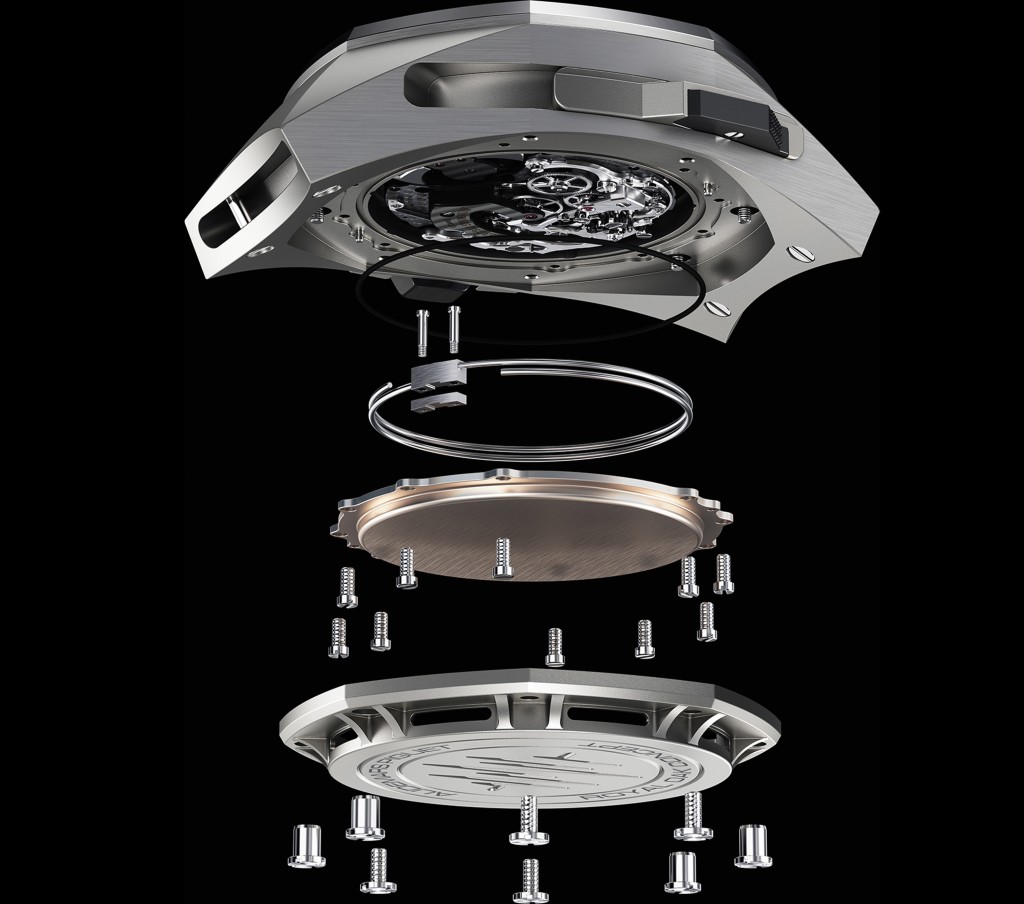 The Royal Oak Concept Supersonnerie looks as good as it sounds. The case is architecturally constructed in super-light titanium, while the blackened mainplate is the backdrop for the steel of the high-tech regulator. Not only does the openworked dial reveal the visionary technology within, it illuminates the true essence of this extraordinary timepiece: the movement. Decorated by hand, it is bevelled, polished, engraved and finished to perfection by the artists of Le Brassus.