Arnold & Son unveils a new rendition of its unique DBG dual-time (GMT) timepiece, the DBG Skeleton. An acronym for “double balance” and “GMT”, the DBG Skeleton – a part of the Instrument Collection – references the precise chronometers built by John Arnold and his son. With a new skeletonized execution, the DBG Skeleton showcases Arnold & Son’s watchmaking prowess as well as attention to aesthetic details with the newly developed manufacture A&S1309 calibre, which has been conceived, designed and manufactured entirely in-house. 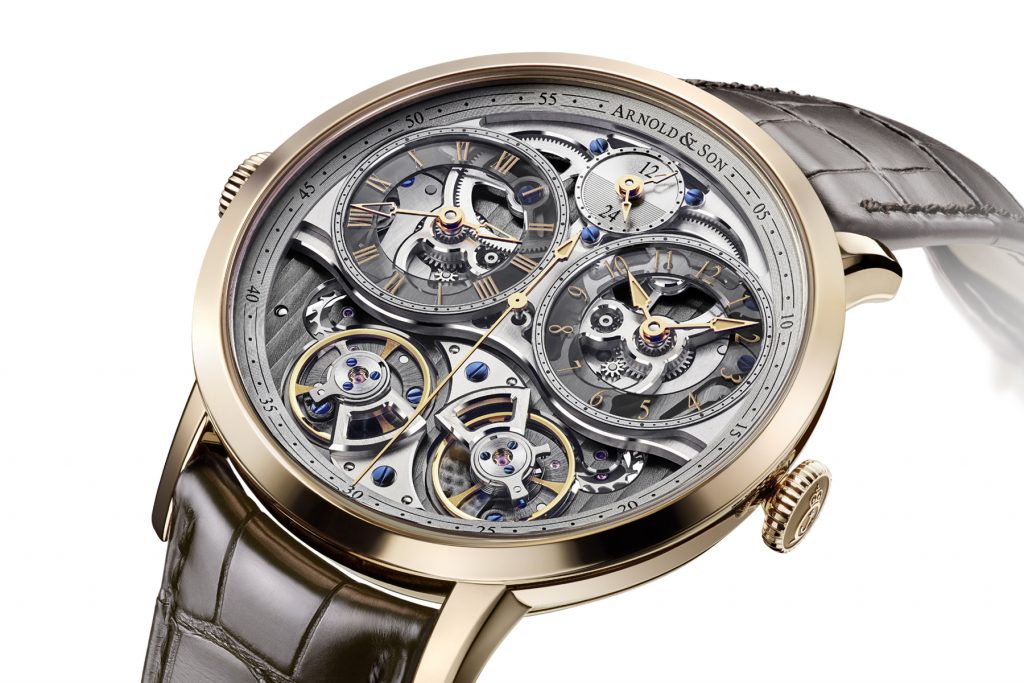 A masterpiece of perfect symmetry, the DBG Skeleton features two separate time displays, each driven by its own barrel and gear train with its own escapement and balance, now entirely visible thanks to its openworked execution. This highly unusual technical specification permits the two displays to be set independently of each other. Although it is a standard feature of watches displaying two or more time zones for the hour hands to be set to different times, being able to set the minute hand as well opens up other possibilities. 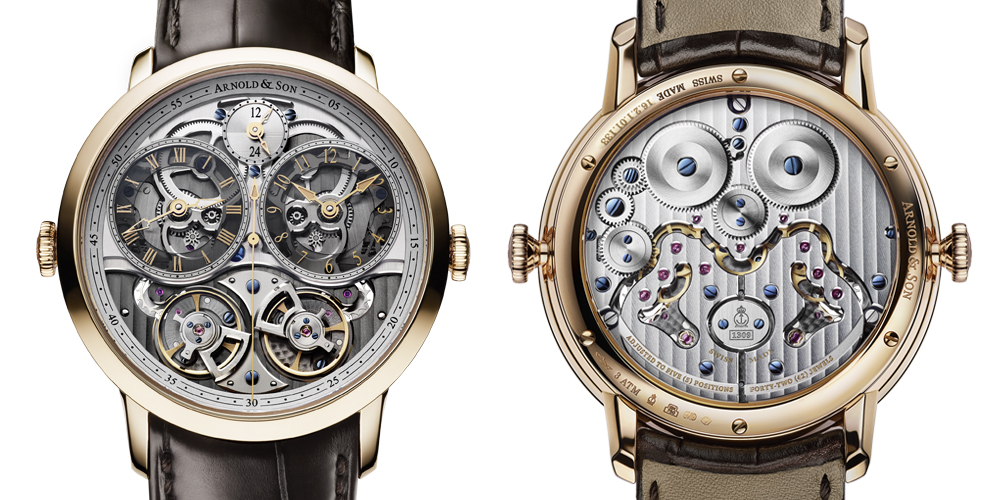 It means, for instance, that the display can be set to show the precise time in zones that differ from Greenwich Mean Time by a fraction of an hour, such as a quarter or a half. In addition, a subdial at 12 o’clock shows the equation of the two time zones on a 24-hour basis. This enables the wearer to see the time difference between the two zones and also to ascertain whether it is day or night in the second zone. Both time zones share a common permanent seconds in the shape of the long slender hand emanating from the centre of the dial.

The view from the back reveals a pleasingly balanced arrangement of open bridges decorated with Côtes de Genève stripes, barrels and gear trains.

The DBG Skeleton is available in a Limited Edition of 30 timepieces and costs 35’300 CHF + TAX. 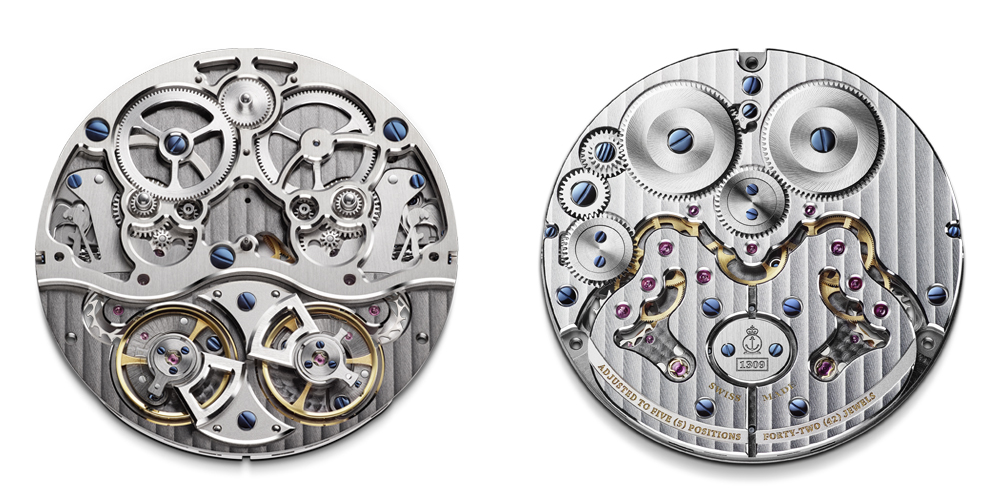