Two oscillating bodies in close proximity influence each other and eventually synchronize; this is a phenomenon of physics known as resonance. Armin Strom introduces the Mirrored Force Resonance, a resonating dual regulator developed for maximum precision with its whole captivating mechanism on full display dial side. 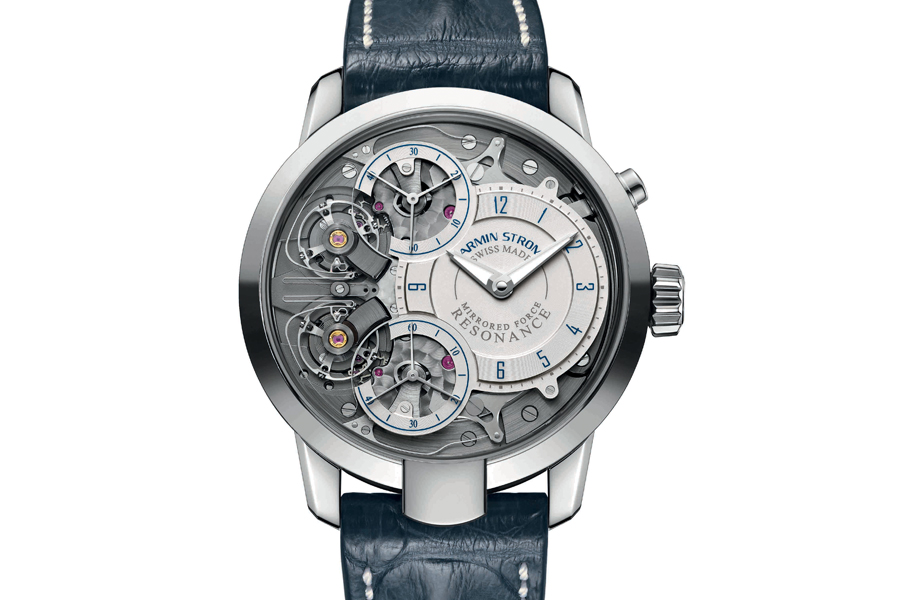 One body in motion relays its vibrations to its surroundings. When another body with a similar natural resonant frequency to the first receives these vibrations, it will absorb energy from the first and start vibrating at the same frequency in a sympathetic manner. The first body acts as the “exciter,” while the second acts as the “resonator.”

The phenomenon of synchronized motion in horology has fascinated watchmakers since the time of Christiaan Huygens (1629-1695), and has been used in the 18th Century also by Abraham-Louis Breguet with his double pendulum resonance clock. 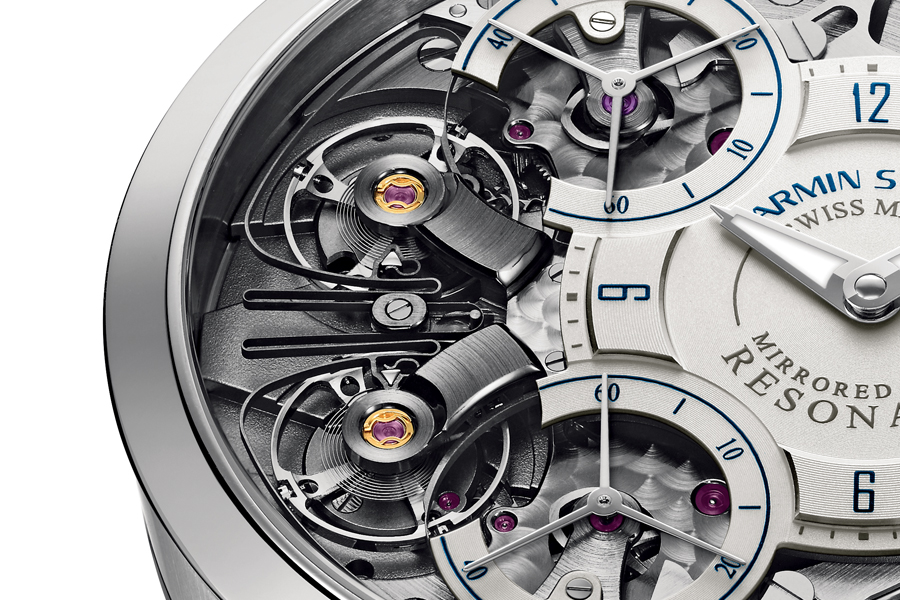 Thanks to the resonance effect the movement is more accurate, preserve more energy, and reduce negative effects on timekeeping accuracy due to outside perturbation.

The resonant Caliber ARF15 is a classically constructed manually wound movement that was conceived, manufactured, assembled, and regulated in-house. A pusher at 2 o’clock resets the luminous twin seconds’ displays to zero, simultaneously resetting the twin balance wheels. This action usually performed after winding the watch from 0. 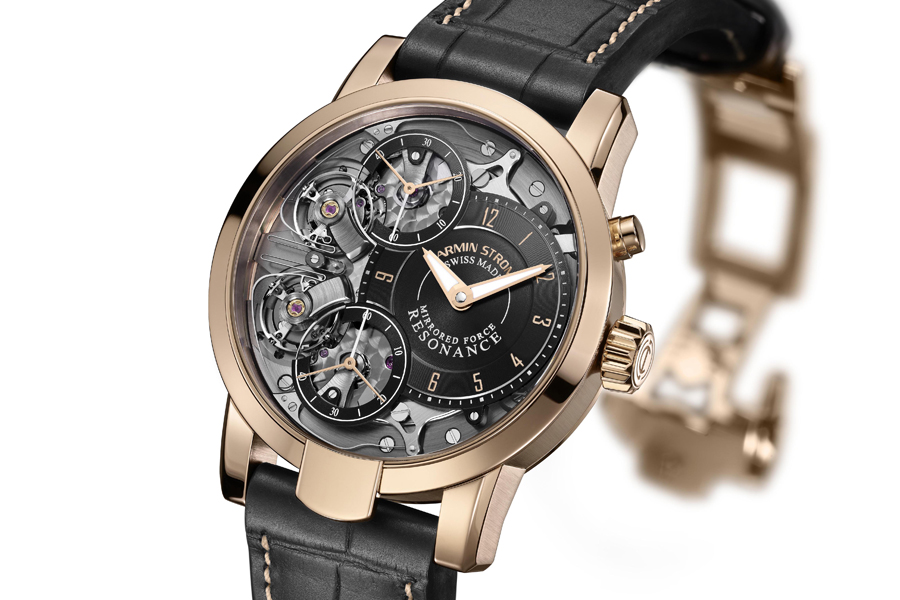 Claude Greisler’s (Armin Strom’s Director) idea behind the Mirrored Force Resonance was to create an innovative way of improving an old concept, one that is horology’s very reason for being: precision and accuracy.

Armin Strom also launched an Innovative Watch Configurator, which provides the opportunity for clients to create their own exclusive, luxurious wristwatches. 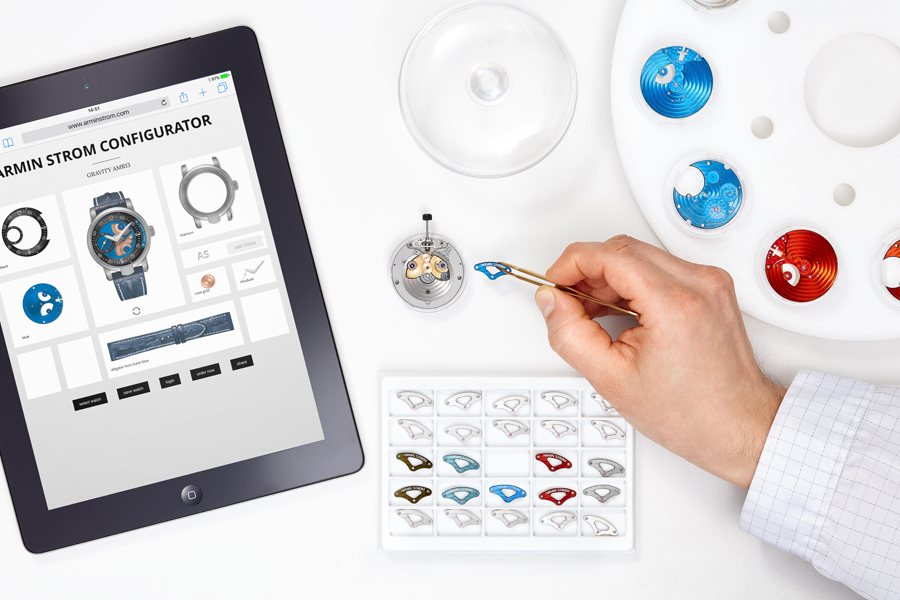 Using the Watch Configurator, the client begins by choosing the desired movement, whether it contains a tourbillon, a five-day power reserve, or any other functionality in Armin Strom’s arsenal. Collectors can choose colors, engraving, and even skeletonization of the movement. 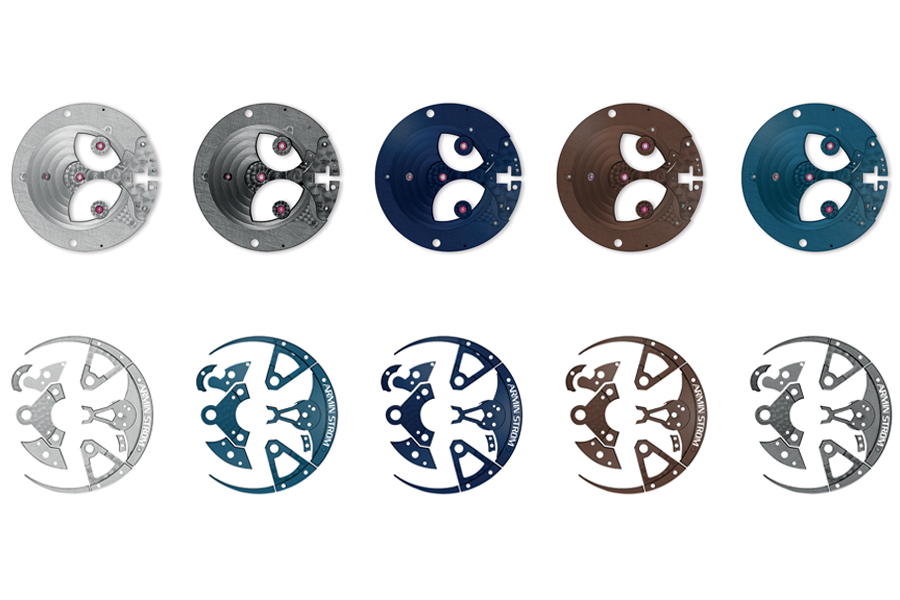 All composition options are visible at a glance and so is the price as changes are configured: the Watch Configurator calculates as you go. And even more remarkable than that is the fact that watches purchased through the Watch Configurator system are no more expensive than serial models made by Armin Strom.

“This is a new way to go with the times that excitingly enables the collector’s deepest wishes” says Claude Greisler.